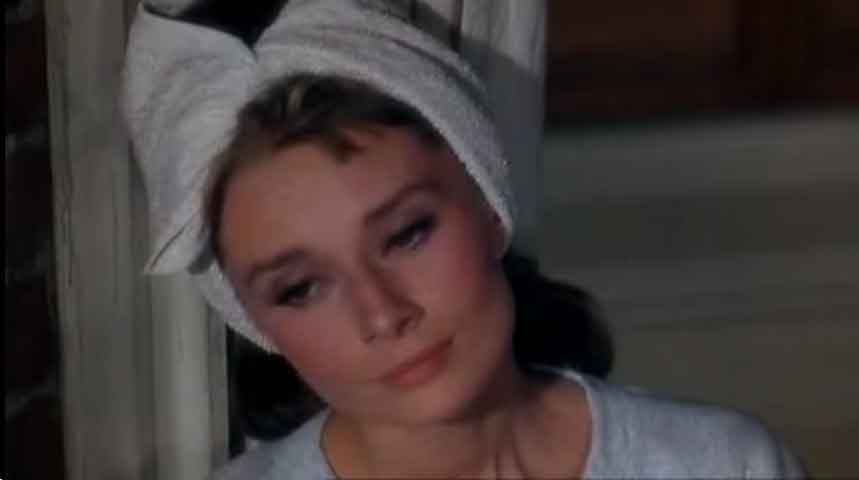 The title of this post is still uncertain. First it was Whatever will be will be. Now, at the time of writing this, it is Moon River. Both titles are titles of songs. The song Que Sera Sera has a three stages structure, going from a young girl asking her mother, to a young woman asking her lover to a mother telling her child.

Moon River is more difficult for me to analyze. On the wikipedia page there is the following quote by Robert Wright from The Atlantic Monthly:

“This is a love sung to wanderlust. Or a romantic song in which the romantic partner is the idea of romance.”

This was not how this post started. Today, Tuesday, a link was posted from Brainpickings to a 2013 post titled The Psychology of How Mind-Wandering and “Positive Constructive Daydreaming” Boost Our Creativity and Social Skills. I have written about daydreaming before. Sometimes embarrassingly. Some things i would like to hide from you, my dear reader, for ever. But i told you, and it is there for you to find these little secret hiding places in this website. Out in the open.

This brainpickings post is about the 1975 book from psychologist Jerome L. Singer The Inner World of Daydreaming.

Singer described three core styles of daydreaming: positive constructive daydreaming, a process fairly free of psychological conflict, in which playful, vivid, wishful imagery drives creative thought; guilty-dysphoric daydreaming, driven by a combination of ambitiousness, anguishing fantasies of heroism, failure, and aggression, and obsessive reliving of trauma, a mode particularly correlated with PTSD; and poor attentional control, typical of the anxious, the distractible, and those having difficulties concentrating.

Looking at these three different types of daydreaming, i definitely fall in the first category. A lot of wishing, a lot of romance, very vivid. Yes.

Living in the now is a popular way of being for i’d say the past forty years or so. Fifty years even, or more. It has its value. I will say that those moments when you are present in your current time with all your attention towards it may be your happiest moments on this world. But i don’t think this is all for us. We need to position ourselves towards what we have done and said in the past, we need to make plans for the future.

Last Sunday was a Bonfire evening at the Peace Garden, the Vredestuin. I talked for a while with Matthijs. About his travels, what made him feel happy, the love he felt for people. Later on, a few hours later, we talked again. This time i told him about my life, a bit. The things i make for myself: my toothpaste, washing liquid, body and hand cream butter. How i was working on a recipe for falafel, which is still not right. I also talked about me living my life mostly by myself.

Later on i talked with Anne, who i had only met that day, the weeding queen! I talked about my work. This website and my previous website, lfs.nl. What i was doing there. And that i could imagine myself living anywhere else. Or London. I didn’t agree with her when she said i lived here in Rotterdam for the past thirty years and that i would spend the rest of my life in here. I don’t think that is true, not for anyone. But i was a bit all over the place. I am not used to talking about these things so openly with people i have only just met.

Yesterday i was a bit tired. I had to think about the night before, about all the things i had said.

Today i first had an idea of making a post about doing my nails. But later on, after i had come back from the market, i started to think about another post. About what i wish for myself, what i hope for, what i want. But also that i felt i couldn’t grab it, i couldn’t want want it. I have written about this earlier, in earlier posts.

What next?
Please
The world is terrible
Work

I need to find a way to make myself money to live off. This house, the water i have, the gas i use, that all costs money. My two cats, they cost money. I have only enough for the next two to three months.

But who will listen?

Well, there are many different ways of being famous. And i don’t need to be all worldwide famous right from the start all at once. I can start smallish. Actually, i have already started. With this website. With lfs.nl even. I can set up a Patreon page. Hmm, i should do that quite soon.

So i can not predict my future. I have only dreams, which are changing all the time.

But this Monday, while i was thinking about the night before, i noticed different daydreams. I noticed a change in myself. And i do know i’m living my life right now, taking one step forward each time. And i’m not going back. But i do need to really think about where i am, and where i want to be in a couple of months.

Two drifters off to see the world.
There’s such a lot of world to see.
We’re after the same rainbow’s end–
waiting ’round the bend,
my huckleberry friend,
Moon River and me.