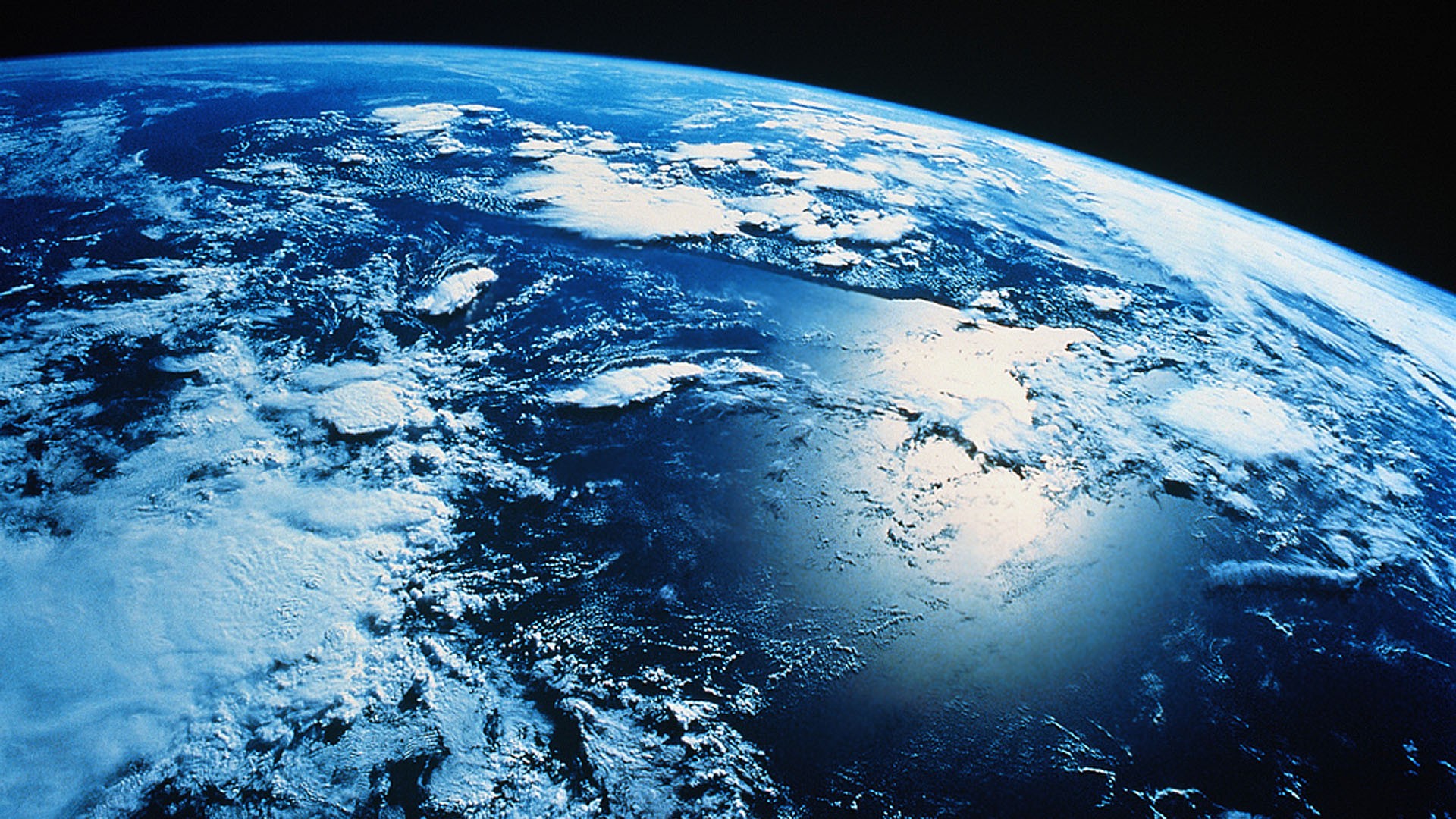 The world is terrible

A morning in December 2015 i saw the episode Botox from the Dutch television program Keuringsdienst van Waarde [1]. One of the presenters asked a lady, about to have some botox injections, if she was aware that botox is a poison.

It is a poison. Botulinum toxin. Botulinum is the most acutely lethal toxin known. I didn’t make up the previous sentence. I copied it from the Wikipedia page [2].

My mind crossed over to the sinking boat disasters [3] happening over the past years. Specifically, the one in Italy and the one in South Korea.

“Capt. Lee Joon-seok of the Sewol, the South Korean ferry that sunk last week, has come under heavy criticism for abandoning the ship while hundreds of passengers remained on board. Dozens of them died and more than 200 were still missing Monday”

“Witnesses said Schettino jumped into a lifeboat to flee the ship, even though hundreds of passengers were still on board. In his trial, the captain said he fell into a lifeboat when the ship listed sharply.”

“You’re a faker!” the lady on the train berated me while my two small children looked on. “If you can read that book, you aren’t blind.”

I have never thought about the issue of the cane for visually impaired people. To face this seems to me almost impossible at times [4].

It also reminds me of scenes in The Big Bang Theory [5], in which Leonard walks into a wall or a pillar. He is supposedly completely blind without his glasses on. I have always thought this weird. I wear glasses myself, -5 and -3.5. But the world is simply a bit more vague and blurry without them. And with movement and depth, the world is perfectly navigable without glasses as well.

The PGB system in the Netherlands is a personal care budget. It has worked well for around 15 years. People who needed it had a budget to hire the right people to help them. This year this system has changed. Now the SVB, the Dutch Social Insurance Bank, has taken over. Since the beginning of this year the bank was behind paying the budget. The money involved with implementing the new rules has tripled. It is not €50 million, but €150 million. The administration for this budget is so much work, i heard on television someone say that her mother was going to leave the PGB in January 2016.

People who have talked about the pgb-chaos are actually told by the SVB to not talk to any press, with a fine of € 35.000 if they do [6].

The National Ombudsman has concluded, in August 2015, that all human interests have been completely lost with the implementation of this new law [7].

The main driving force behind the changes in this system is that the government wants to cutback this way of budgeting. It is supposed to be susceptible to fraude, administrative difficult and expensive. Many people, who have a PGB now, will be cut out of this system eventually.

I am not a nun. I do feel admiration for people choosing this way of life. But i am not overtly religious myself. I still like to find someone to share my life with. Reading about people still choosing this life does perk me up though. It does seem very ancient, not of this world. But that is only a story to make this world seem smaller and narrower, a story many people believe [8] [9].

I love sci fi. I went out with my nephew to see Star Wars, in 1977. I was 13 or 14 years old. We got ourselves a Big Mac. In the McDonalds on the Coolsingel in Rotterdam. Which is still there, even though it is completely rebuild this year.

I love to read sci fi books. When i was around 12 years old, i read my first sci fi book, Torenhoog en Mijlenbreed [10] written by Tonke Dragt [11]. This was the start of me reading Dune by Frank Herbert, books written by Jack Vance, Robert Heinlein, Asimov, Simak, Ursula LeQuin and many more. In 2000 i discovered Peter Hamilton’s books. Pure space opera. I loved it.

“He remarked that not having created his own fictional universe in over five years felt wrong and intended to use the proceeds made from Avengers: Age of Ultron for such ventures.”

Most of these movies give a pleasurable rollercoaster type experience. They work. Definitely. But these movies are also picky in their choice of scares and nightmares and oppressions [13].

We are all guilty. We try to live a carefree live, with a multitude of pleasures.

The food industry is providing us with meats, sweets, superfoods, bags of special herb selections for a good curry, soda, milk, fish. The news stories about horse meat sold as cow meat scare us for a few days. Then it slides away. Another news story is there to frighten us.

We watch the tv shows. True Detective. Game of Thrones. The Walking Dead. We love to get frightened. For an hour. Love to think of our society being transformed by a unnatural disease into a bloodthirsty mob of zombies, chasing us into a corner and eating our necks and eyes and hearts and legs.

Our world is collapsing.

We stand today on a precipice of annihilation that Nietzsche could not have even imagined. There is little reason to hope that we’ll be able to slow down global warming before we pass a tipping point. We’re already one degree Celsius above preindustrial temperatures and there’s another half a degree baked in. The West Antarctic ice sheet is collapsing, Greenland is melting, permafrost across the world is liquefying, and methane has been detected leaking from sea floors and Siberian craters: it’s probably already too late to stop these feedbacks, which means it’s probably already too late to stop apocalyptic planetary warming. Meanwhile the world slides into hate-filled, bloody havoc, like the last act of a particularly ugly Shakespearean tragedy. [14]

Between self-destruction and giving up, between willing nothingness and not willing, there is another choice: willing our fate. Conscious self-creation.

The world is terrible.

The world, our world, is also extraordinarily stunningly exquisitely beautiful. Awe inspiring breath taking away gorgeous. Filled with live bursting from every pocket, from the poles to the deep seas, from the marshes to the forests to the rivers to the mountains.

NASA had a press conference this year. They had found water on Mars. Some people are thinking about colonizing Mars. Because, well, our earth is full? We want to start again?

Our planet is quite a rare planet in the universe. Our sun is not too small, not too big. We are set in a outer spiral arm of the Milky Way [15]. A quiet neighborhood. Our planet is accompanied by a rather large companion, the moon. A quarter of the size of earth. The matching of apparent visual size of the moon and the sun is a coincidence [16]. A coincidence.

There was an asteroid slamming into our earth, around 66 million years ago [17]. It wiped out around three-quarters of the animals and plants. Which made it possible for mammals to rise to dominance.

Of course there are other planets in the universe with the same sort of coincidences and accidents as on ours. Not that many, but still, if only a 0.0000001% of all the existing planets can bear life, that means, ooh man, i don’t know, several hundreds? thousands? tens of thousands of planets out there in the universe with life on it. Maybe on some the dinosaurs weren’t wiped out. Maybe on others evolution got stuck on reptiles. But i’m also guessing that on several a human like form evolved.

I know many people are working hard to make this world a better place. I hope to do the same thing. Hoping doesn’t make it any easier to find the right thing for you, fitting with who you are, what your talents are, fitting with what you really want to do.

I also took a long time doing nothing. I’m not sure why. But i do feel it is part of the process.

I have found a few things. I’m happy to say.

Our world is beautiful. It is a place to treasure. To take care of. With animals to love, to enjoy, to be careful of. With all the knowledge we gained over the years.

Not a world to own, to milk of every juice we can get out of it, to change to suit our needs as we please.

I’m thinking, what do we really need, truthfully?

I’m thinking, what it boils down to, what, in the end we do need, is love. Love of the earth. Love of nature. Love of all animals. Love of all people.