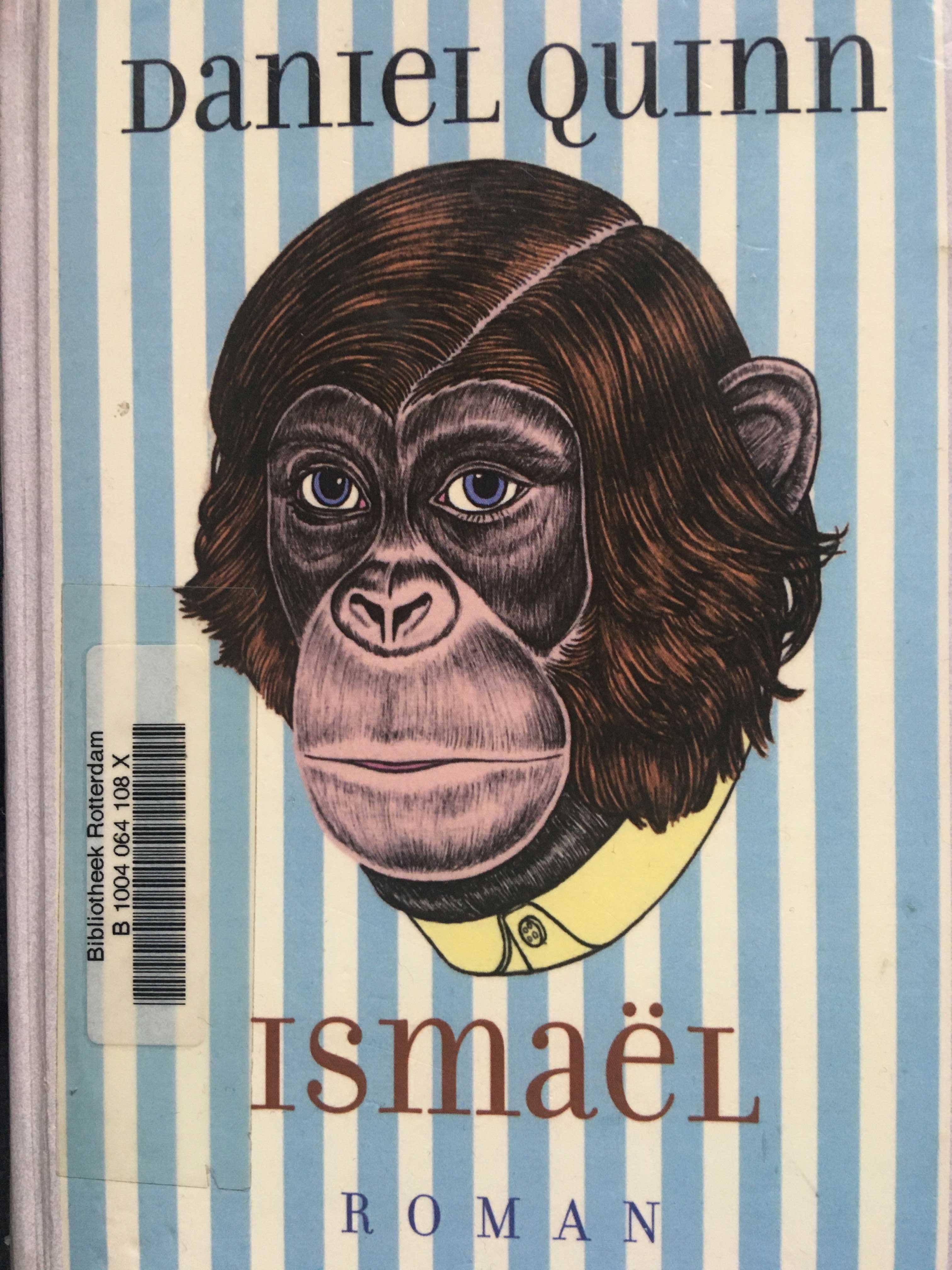 A few weeks ago i watched the youtube video called 3 Books that Changed My Way of Living from Kalle Flodin. I was surprised by the final and first book on the list: Ishmael written by Daniel Quinn. I remembered a friend of mine had told me about this book a couple of years ago. I even wrote it down in a booklet i kept. This time i ordered this book from the library. I read it, with pleasure and finished it within a week.

The main actors in the book are the Takers and the Leavers. Takers are the current ‘civilized’ people occurring since the agricultural revolution taking place around 10,000 years ago. Leavers are the other people, the so-called hunter-gatherers. Myths are the stories ruling the world. The man who is talking to Ishmael, the old gorilla captured and teaching the man about the world and the Takers and Leavers, doesn’t believe myths have any say over this world in which he lives – our own world. Which is of course completely untrue.

The book is written in a simple language, clear to follow. Highly recommended.