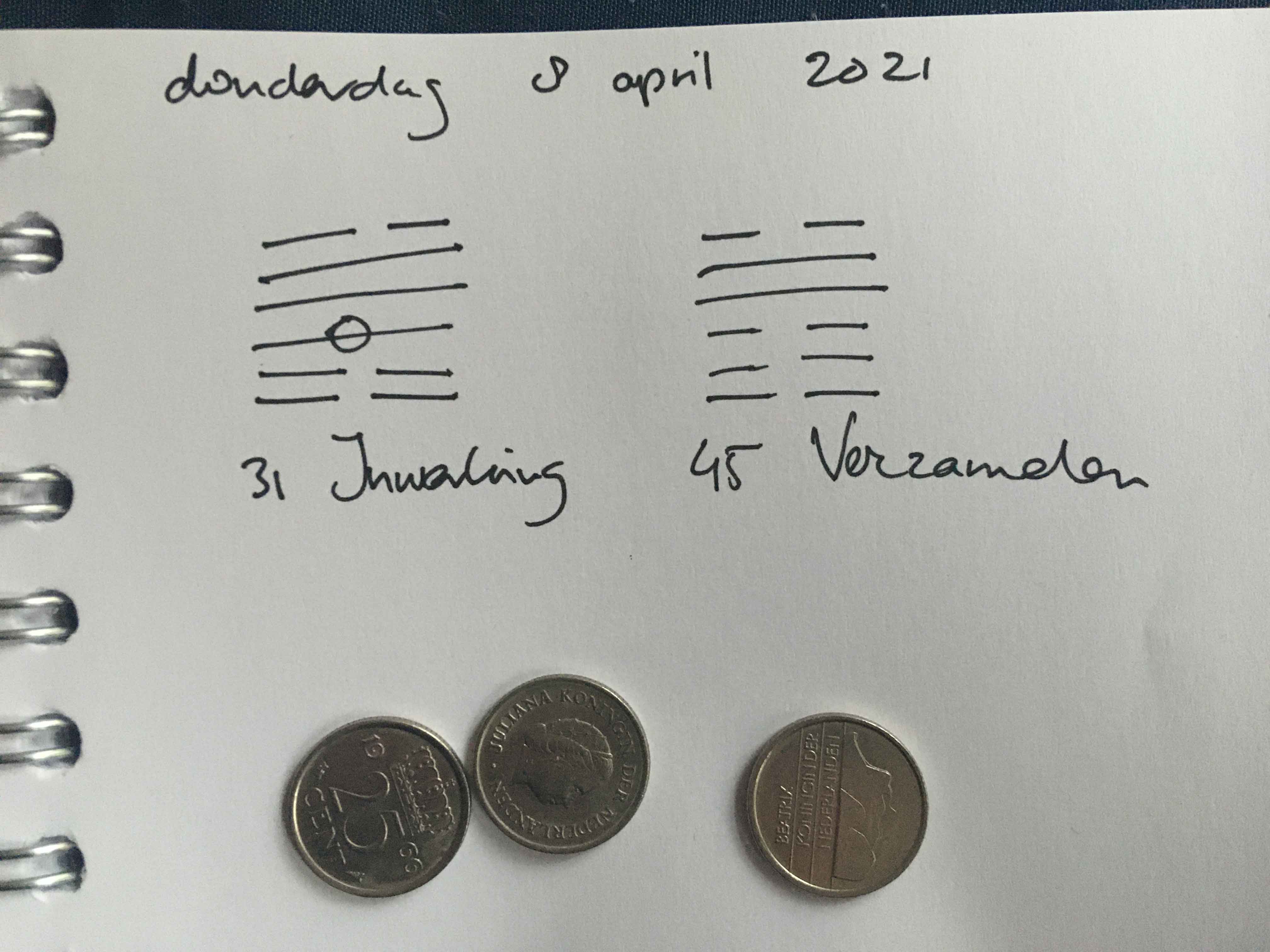 Nine in the third place means:
The influence shows itself in the thighs.
Holds to that which follows it.
To continue is humiliating.

Every mood of the heart influences us to movement. What the heart desires, the thighs run after without a moment’s hesitation; they hold to the heart, which they follow. In the life of man, however, acting on the spur of every caprice is wrong and if continued leads to humiliation. Three considerations suggest themselves here. First, a man should not run precipitately after all the persons whom he would like to influence, but must be able to hold back under certain circumstances. As little should he yield immediately to every whim of those in whose service he stands. Finally, where the moods of his own heart are concerned, he should never ignore the possibility of inhibition, for this is the basis of human freedom.