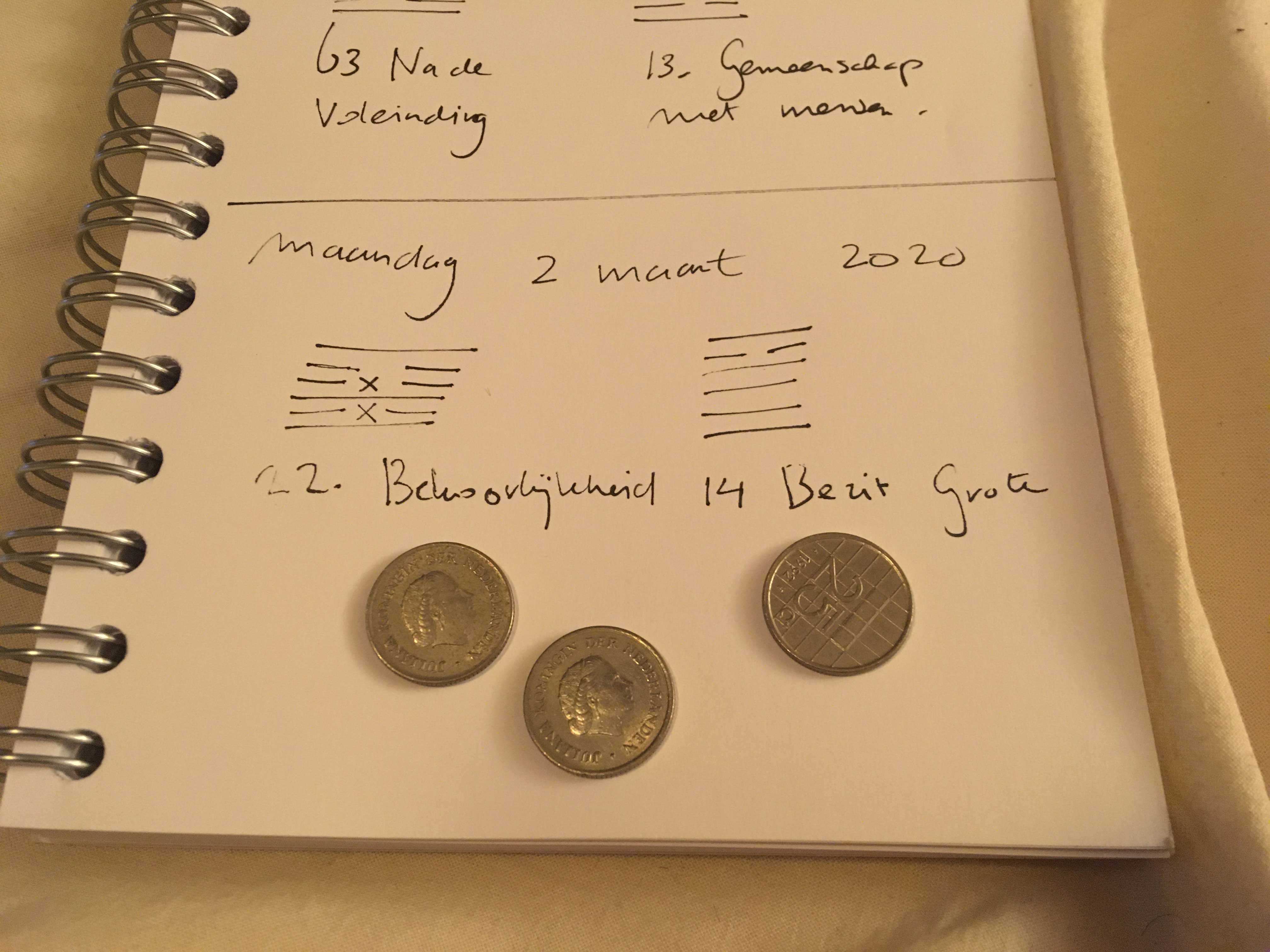 ° Six in the second place means:
Lends grace to the beard on his chin.

The beard is not an independent thing; it moves only with the chin. The image therefore means that form is to be considered only as a result and attribute of content. The beard is a superfluous ornament. To devote care to it for its own sake, without regard for the inner content of which it is an ornament, would bespeak a certain vanity.

Six in the fourth place means:
Grace or simplicity?
A white horse comes as if on wings.
He is not a robber,
He will woo at the right time.

An individual is in a situation in which doubts arise as to which is better-to pursue the grace of external brilliance, or to return to simplicity. The doubt itself implies the answer. Confirmation comes from the outside; it comes like a white winged horse. The white color indicates simplicity. At first it may be disappointing to renounce the comforts that might have been obtained, yet one finds peace of mind in a true relationship with the friend who courts him. The winged horse is the symbol of the thoughts that transcend all limits of space and time.

The fire in heaven above shines far, and all things stand out in the light and become manifest. The weak fifth line occupies the place of honor and all the strong lines are in accord with it.All things come to the man who is modest and kind in a high position.