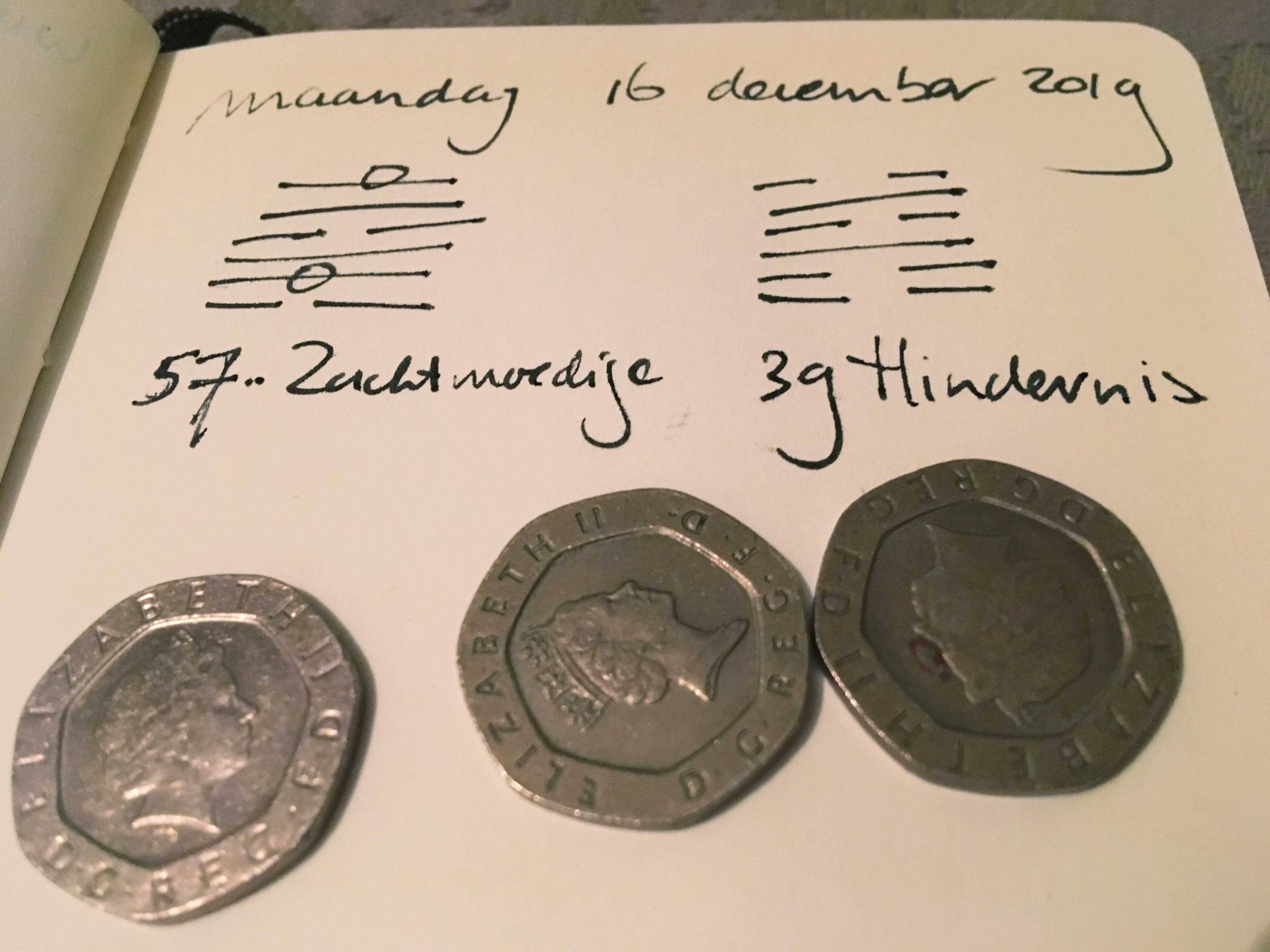 Sun is one of the eight doubled trigrams. It is the eldest daughter and symbolizes wind or wood; it has for its attribute gentleness, which nonetheless penetrates like the wind or like growing wood with its roots.
The dark principle, in itself rigid and immovable, is dissolved by the penetrating light principle, to which it subordinates itself in gentleness. In nature, it is the wind that disperses the gathered clouds, leaving the sky clear and serene. In human life it is penetrating clarity of judgment that thwarts all dark hidden motives. In the life of the community it is the powerful influence of a great personality that uncovers and breaks up those intrigues which shun the light of day.

Penetration produces gradual and inconspicuous effects. It should be effected not by an act of violation but by influence that never lapses. Results of this kind are less striking to the eye than those won by surprise attack, but they are more enduring and more complete. If one would produce such effects, one must have a clearly defined goal, for only when the penetrating influence works always in the same direction can the object be attained. Small strength can achieve its purpose only by subordinating itself to an eminent man who is capable of creating order.

Winds following one upon the other:
The image of THE GENTLY PENETRATING.
Thus the superior man
Spreads his commands abroad
And carries out his undertakings.

The penetrating quality of the wind depends upon its ceaselessness. This is what makes it so powerful; time is its instrument. In the same way the ruler’s thought should penetrate the soul of the people. This too requires a lasting influence brought about by enlightenment and command. Only when the command has been assimilated by the people is action in accordance with it possible. Action without preparation of the ground only frightens and repels.

THE LINES
Nine in the second place means:
Penetration under the bed.
Priests and magicians are used in great number.
Good fortune. No blame.

At times one has to deal with hidden enemies, intangible influences that slink into dark corners and from this hiding affect people by suggestion. In instances like this, it is necessary to trace these things back to the most secret recesses, in order to determine the nature of the influences to be dealt with. This is the task of the priests; removing the influences is the task of the magicians. The very anonymity of such plotting requires an especially vigorous and indefatigable effort, but this is well worth while. For when such elusive influences are brought into the light and branded, they lose their power over people.

Nine at the top means:
Penetration under the bed.
He loses his property and his ax.
Perseverance brings misfortune.

A man’s understanding is sufficiently penetrating. He follows up injurious influences into the most secret corners. But he no longer has the strength to combat them decisively. In this case any attempt to penetrate into the personal domain of darkness would only bring harm.

above K’AN THE ABYSMAL, WATER
below KêN KEEPING STILL, MOUNTAIN

The hexagram pictures a dangerous abyss lying before us and a steep, inaccessible mountain rising behind us. We are surrounded by obstacles; at the same time, since the mountain has the attribute of keeping still, there is
implicit a hint as to how we can extricate ourselves. The hexagram represents obstructions that appear in the course of time but that can and should be overcome. Therefore all the instruction given is directed to overcoming them.

OBSTRUCTION. The southwest furthers.
The northeast does not further.
It furthers one to see the great man.
Perseverance brings good fortune.

The southwest is the region of retreat, the northeast that of advance. Here an individual is confronted by obstacles that cannot be overcome directly. In such a situation it is wise to pause in view of the danger and to retreat. However, this is merely a preparation for overcoming the obstructions. One must join forces with friends of like mind and put himself under the leadership of a man equal to the situation: then one will succeed in removing the obstacles. This requires the will to persevere just when one apparently must do something that leads away from his goal. This unswerving inner purpose brings good fortune in the end. An obstruction that lasts only for a time is useful for self-development. This is the value of adversity.

Water on the mountain:
The image of OBSTRUCTION.
Thus the superior man turns his attention to himself
And molds his character.

Difficulties and obstructions throw a man back upon himself. While the inferior man seeks to put the blame on other persons, bewailing his fate, the superior man seeks the error within himself, and through this introspection the external obstacle becomes for him an occasion for inner enrichment and education.