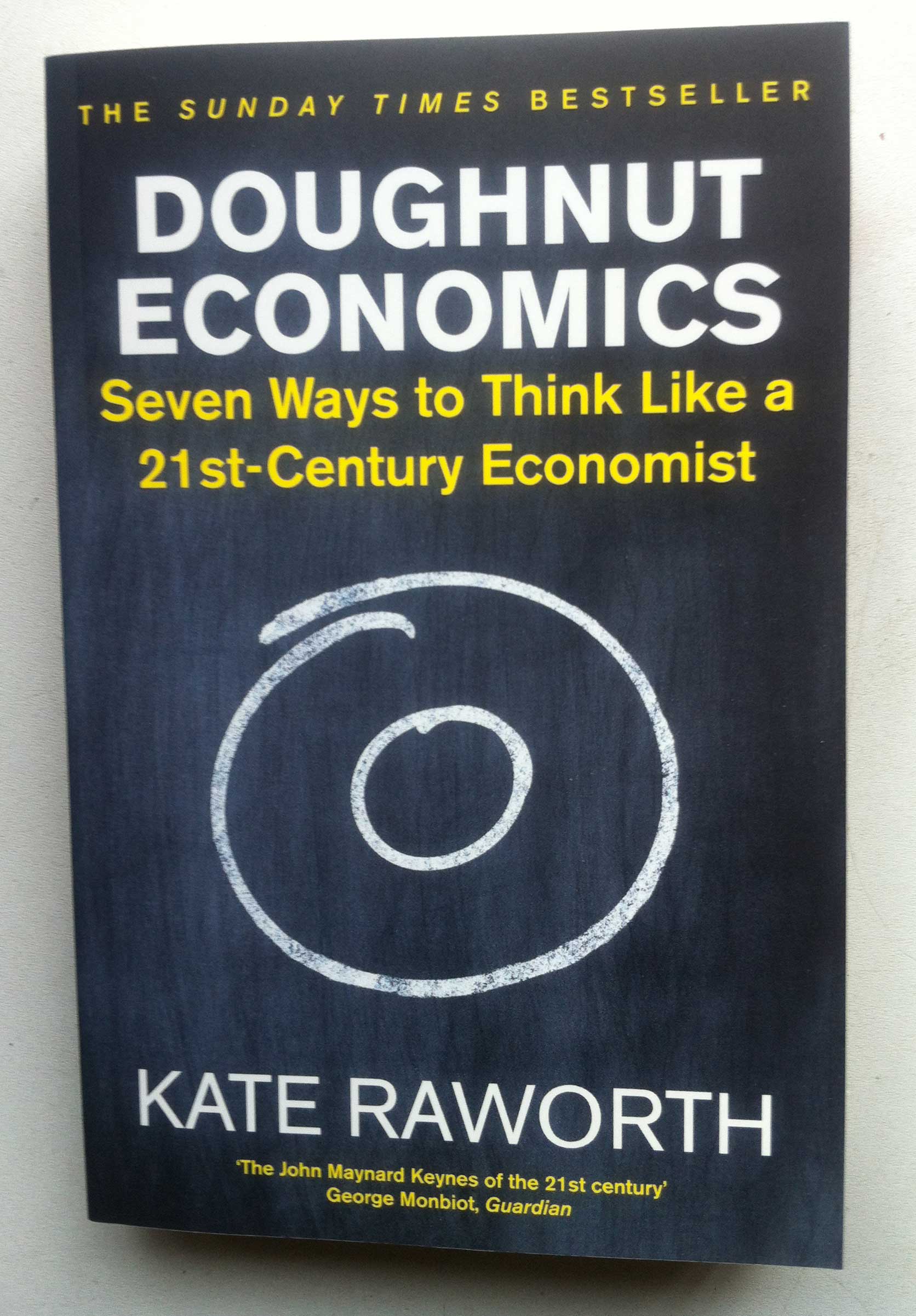 Last week i had this day scheduled for filming. In the center of Rotterdam. It was difficult this morning. A bit sleepy. I still don’t sleep continuously. I do wake up regularly during the night. But i did go out. Around one o’clock.

It was partly clouded, but still lots of sunshine. I did wander around a bit. Went for the small park in front of the Laurens church. A family was sitting in the grass. Two small girls. The father had this bubble thing with which he made soap bubbles floating over my head. I filmed them for a short time. I walked to the Markthal, sat there on the low stairs for a bit. Filmed people walking by.

Towards the center. The thought came up to go into Donner, the main book shop in Rotterdam. Not sure, i hoped the rebuilding was done for a bit. Yes! I walked through the shop.

I bought a book. Kate Raworth‘s book Doughnut Economy. It is a year old. I remember seeing her on television went it was published. I did do a search for it in the library, but all books were lended out. So i bought this rather cheap English version. On my pile of books i want to read.

That is it for today. Back tomorrow!