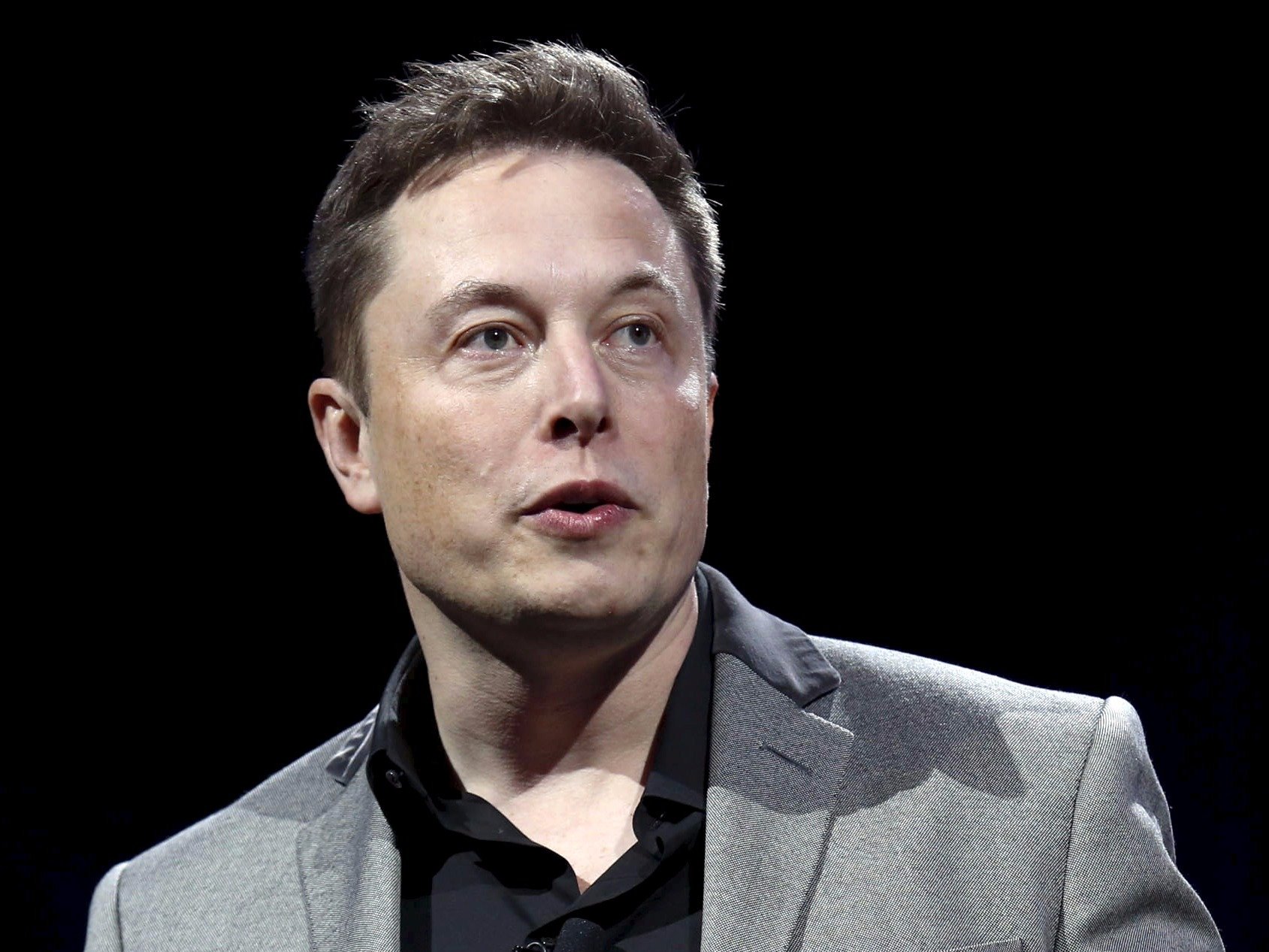 Today, Tuesday 30 May, i worked in the fruit garden. The temperature had dropped, but it still felt warm and a bit moist. We worked on making a strawberry bed around the cherry trees. I wasn’t much help. But i did do some odd jobs. Getting all the grass cuttings on the compost heap. Getting everybody water. And talking!

I got into a conversation with Daniël about Mars. Me, i don’t buy into it. I know there is a project, but i think it is ludicrous. There is no oxygen on Mars. There is no way to come back to earth. I think it is insane. Daniël thinks different about it. Then the name Elon Musk dropped. I said i didn’t like his reason to set up his project to go to Mars. He seems to have given up on earth and wants to colonize Mars. As a plan B. Because he has given up on earth. Daniël didn’t know anything about that. Than i said i would look things up about this. I do know i have read this. I would make a post about it. So here it goes!

He is the founder, CEO, and CTO of SpaceX; co-founder, CEO, and product architect of Tesla Inc.; co-chairman of OpenAI; founder and CEO of Neuralink. He was previously co-founder and chairman of SolarCity; co-founder of Zip2; and founder of X.com, which merged with Confinity and took the name PayPal. As of May 2017, he has an estimated net worth of $15.2 billion, making him the 80th-wealthiest person in the world. In December 2016, Musk was ranked 21st on Forbes list of The World’s Most Powerful People.

Musk has stated that the goals of SolarCity, Tesla, and SpaceX revolve around his vision to change the world and humanity. His goals include reducing global warming through sustainable energy production and consumption, and reducing the “risk of human extinction” by “making life multiplanetary” by establishing a human colony on Mars.

In addition to his primary business pursuits, he has also envisioned a high-speed transportation system known as the Hyperloop, and has proposed a VTOL supersonic jet aircraft with electric fan propulsion, known as the Musk electric jet.

I do appreciate Musk, i do admit. He is an intelligent man who works hard and thinks hard. It is his desire to establish a human colony on Mars which cast doubt.

… reducing the “risk of human extinction” by “making life multiplanetary” by establishing a human colony on Mars.

Or as it also says on his wikipedia page:

An asteroid or a super volcano could destroy us, and we face risks the dinosaurs never saw: an engineered virus, inadvertent creation of a micro black hole, catastrophic global warming or some as-yet-unknown technology could spell the end of us. Humankind evolved over millions of years, but in the last sixty years atomic weaponry created the potential to extinguish ourselves. Sooner or later, we must expand life beyond this green and blue ball—or go extinct.

We must expand life beyond this green and blue ball – or go extinct.

The absence of any noticeable life may be an argument in favour of us being in a simulation…. Like when you’re playing an adventure game, and you can see the stars in the background, but you can’t ever get there. If it’s not a simulation, then maybe we’re in a lab and there’s some advanced alien civilization that’s just watching how we develop, out of curiosity, like mould in a petri dish…. If you look at our current technology level, something strange has to happen to civilizations, and I mean strange in a bad way. … And it could be that there are a whole lot of dead, one-planet civilizations.

With this i completely disagree. I do think our earth is a miracle place. A treasure in the universe. With the billions of other galaxies in this universe, it does seem likely there is life on other planets. But the structure of this universe, expanding right now, means the distance between planets with life possibilities can be beyond our traveling capacity. Thousands of light-years away from each other. I do think it is our planet is rare, at this distance from its moderate sun, with its large companion by its side, the moon, which protects this earth from asteroids, makes a high- and low-tide possible with the daily movement so important for life on this earth.

I’m not saying terraforming Mars is a hopeless case.

I would never send humans to Mars though. Of course, there are always people willing to go. Excited by the adventure, willing to make a final move to the edge of their imagination. But it is a death trap, right now. Maybe someday somewhere way back in the past, there was a situation on Mars in which bacteria could grow and start changing the atmosphere. But it didn’t happen. We’ve seen The Martian, we can imagine living in a dessert type environment and going out with protection clothing only and working on a vegetable garden inside, sure. But Mars is not a dessert as we know it. Mars has only 0.145% oxygen in its environment. If we want to terraform Mars, we need to prepare it with robots and ammonia and hydrocarbons and whatever technical help we can find. It will take hundred of years, i think. And it seems to me a project in which this whole world, all the countries on it, needs to work together. And really, we do have other pressing issues right now. Right here on this planet we call earth. Home.

This thought of ourselves living in a simulation, in a sort of matrix, can lead to thoughts it doesn’t matter what we do. If we are watched by others, if we live our lives in this make believe world, it doesn’t matter what we do. But we don’t. This is the magic of our lives, on this planet, in this universe. It rolls on with time continuously. We make up stories of the past. Some are truish. Others are false. We make up gods, we make up stories about lands and families and money. But we all live now, in this world. We do not live in the past. Or in the future. Now. The most special time there is. The time so difficult to grasp, so hard to be in. Now. And we can let our lives be ruled by past stories, or we can move on and try something new. We have complete freedom in the way we set out our life. Which is so hard to see, so difficult to feel. Now.

We are subject to risk, everywhere on this planet, anytime in this world. An asteroid could hit our planet. Ride through the cover of the moon and hit us hard and make life extremely difficult. Of course. It has happened before. Millions of years ago. But we can not make a life with this risk in our hearts. We simply need to make the best of our lives as it is right now. Start to build a better world. A greener world. A world in which all the people born on it can make a life for themselves. For some it will be more difficult than for others, but that is the chance of being born here on this planet. Your life here is a chance to build something, to work on something worthwhile, to love people around you, to have a family, to maybe have children. To make the future a better place to be. To make this world cleaner. To make this world a better place for our children and all the children after that.

I believe this is the essence of our life.

All these people i don’t believe.

I work in the garden. Three days a week now. I love it.

It is a small thing to do. I’m a small person on this planet.

I’m not saying i have all the answers. I’m saying i want to talk with you. About many things. About supercouples. About making walks. About working in a garden. About music. About food. About your personal life. About movies, books and television. About terraforming Mars. About our planetary system. About the universe.

I’m afraid Elon Musk had to step aside for a bit. This post may be about him, about some of his thoughts. I’d love to talk with him about them. Even though i will be really nervous if this would ever happen.

In the end though, this post is about me. Why i maintain this website. I have so many thoughts in my mind. They do keep me awake at night. And yes, some of them are about me, about wishes i have for myself, dreams i would love to come true. Others are about this world, about our lives, about my sadness, about my friends. About this stupid and miracle world we live in. The world we destroy because we can.