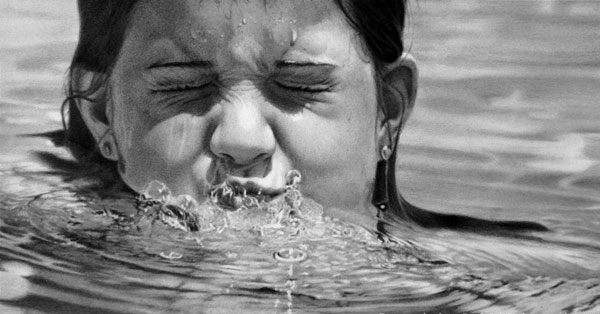 Talking to people i know, friends or acquaintances, or people i have only just met sometimes gives me opinions i’m utterly amazed by.

I remember having a talk with the girl in the apartment in London i was staying in, for the Scritti Politti gig in February this year. I did talk to her about my plan to give my drawings away. At one point she gave me the suggestion to give the drawings to someone in my family, like the daughter of my sister. I was stunned. I could not see how she would come to this conclusion. How she could suggest this to me. I admit, this suggestion has been on my mind occasionally over this last year. So strange. She hardly knew me, and yet she suggested this to me so easily. Something which i had been thinking about for the past two years, which i had first thought about ten years ago. There wasn’t a moment in my mind in which i took her suggestion seriously. Hell no. But i did wonder how she could think about this so easily, and suggest it to so simply.

Yesterday i talked with a neighbour. We talked about my website for a while, and i mentioned my posts about the man of my dreams last week. There was a short chuckle from him. I was like what? But i could see how i, a fifty two year old woman talking about the man of her dreams, would cause this amusement.

I left the garden early today, this Sunday. I wasn’t sure why. But i felt a distance between myself and the rest. And the thought came up that i would be better of at home writing the post for tomorrow. Which is what i am doing now.

The world don’t need any more songs… As a matter of fact, if nobody wrote any songs from this day on, the world ain’t gonna suffer for it. Nobody cares. There’s enough songs for people to listen to, if they want to listen to songs. For every man, woman and child on earth, they could be sent, probably, each of them, a hundred songs, and never be repeated. There’s enough songs.

Unless someone’s gonna come along with a pure heart and has something to say. That’s a different story.

But as far as songwriting, any idiot could do it… Everybody writes a song just like everybody’s got that one great novel in them.

Source: Bob Dylan on Sacrifice, the Unconscious Mind, and How to Cultivate the Perfect Environment for Creative Work

I read this quote through a link on facebook. It spoke to me, the pure heart bit. I’m not sure i have a pure heart. But i do know it is purer than two years ago. I look into myself, see the way i respond to people and their thoughts and what they say; sometimes it hurts me, but i struggle through it.

To me, living like this is invaluable. It means the world to me. This is my life. This is my chosen life. I can not see another one so promising. Promises of living truthfully, in connection, in the world, endlessly. Until of course it ends.

Withdrawing is not for the time of now. Now i need to move forward. I need to speak of these things. I don’t mind if i speak to anyone listening now or later. I simply have to get it out of my brain. Not that i know what i’m gonna write. I don’t. But one sentence leads to the next. And all together they do make the story. The story of me.

This all is so sharp in contrast with our present world. It is hard to look at it clearly. I try to when i go out and go into the city center and look at the people’s faces and their expressions and their loneliness. The occasional hello. The occasional smile.

I try to make myself still, quiet. To look out into the world and see it, to give myself a good position and move from there.

Or i could simply fool myself. Yeah. Not too sure about that.

I am not sure what posts i will make this week. Well, i know two of them. One is a video with me singing. The other is a post i started in February this year. Life Is Wonderful. This post, Amazement, is a surprise to me. And that makes me happy.