I don’t have many art works from other people in my house. I have three works in total, all from old friends. 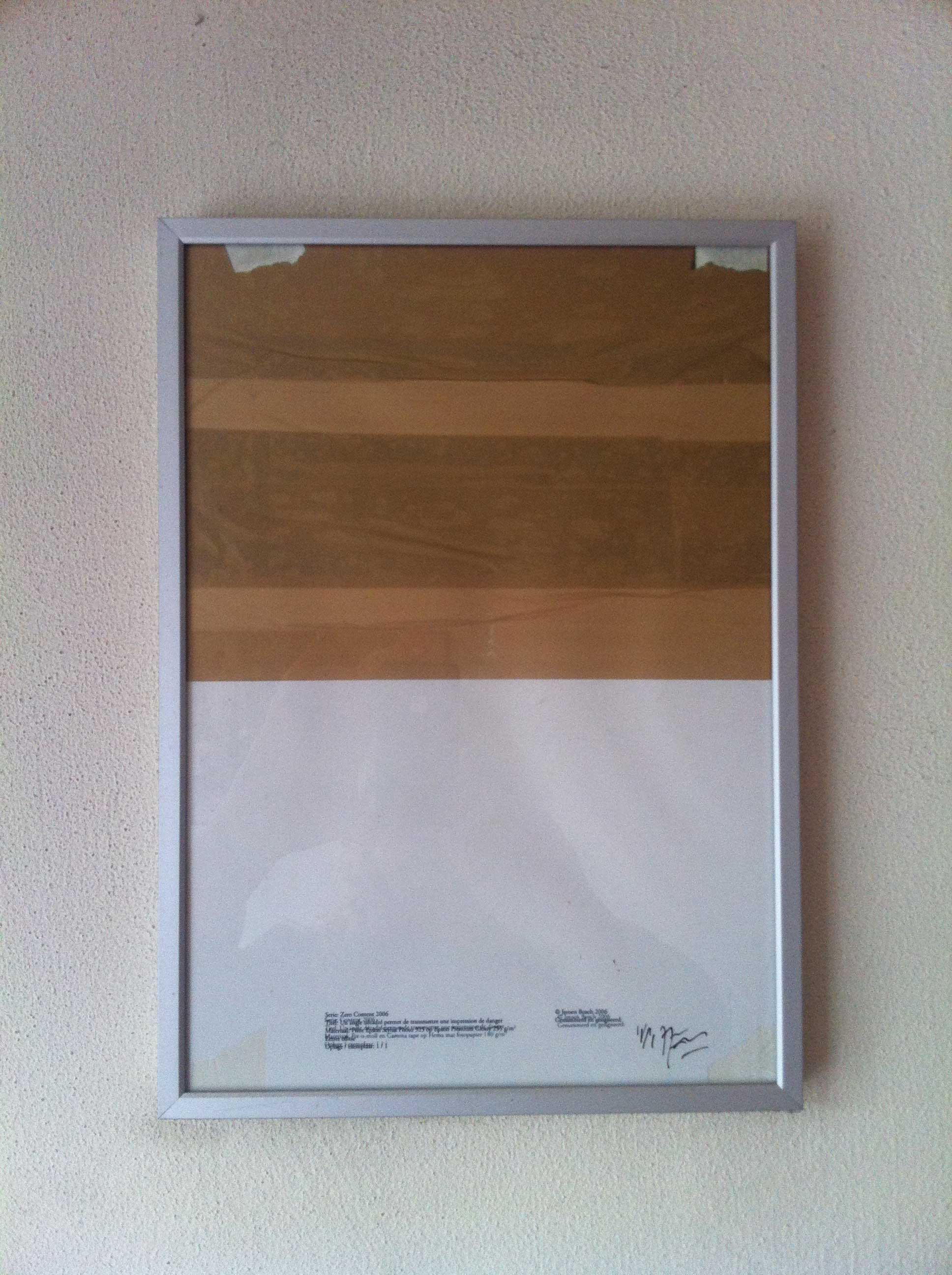 Un angle dȇcadré permet de transmettre une impression de danger, Jeroen Bosch, 2006. I bought this work from Jeroen in 2006. I love package material. I met Jeroen through an e-mail he send me around 1998, about my work online. I replied. He also lives in Rotterdam, so we eventually had a meeting. There were more people in Rotterdam working online, some programmers, some artists. It was fun. We didn't keep together though. This made me sad at times, but it was also a natural movement. Some got children, some moved away. The way things go. 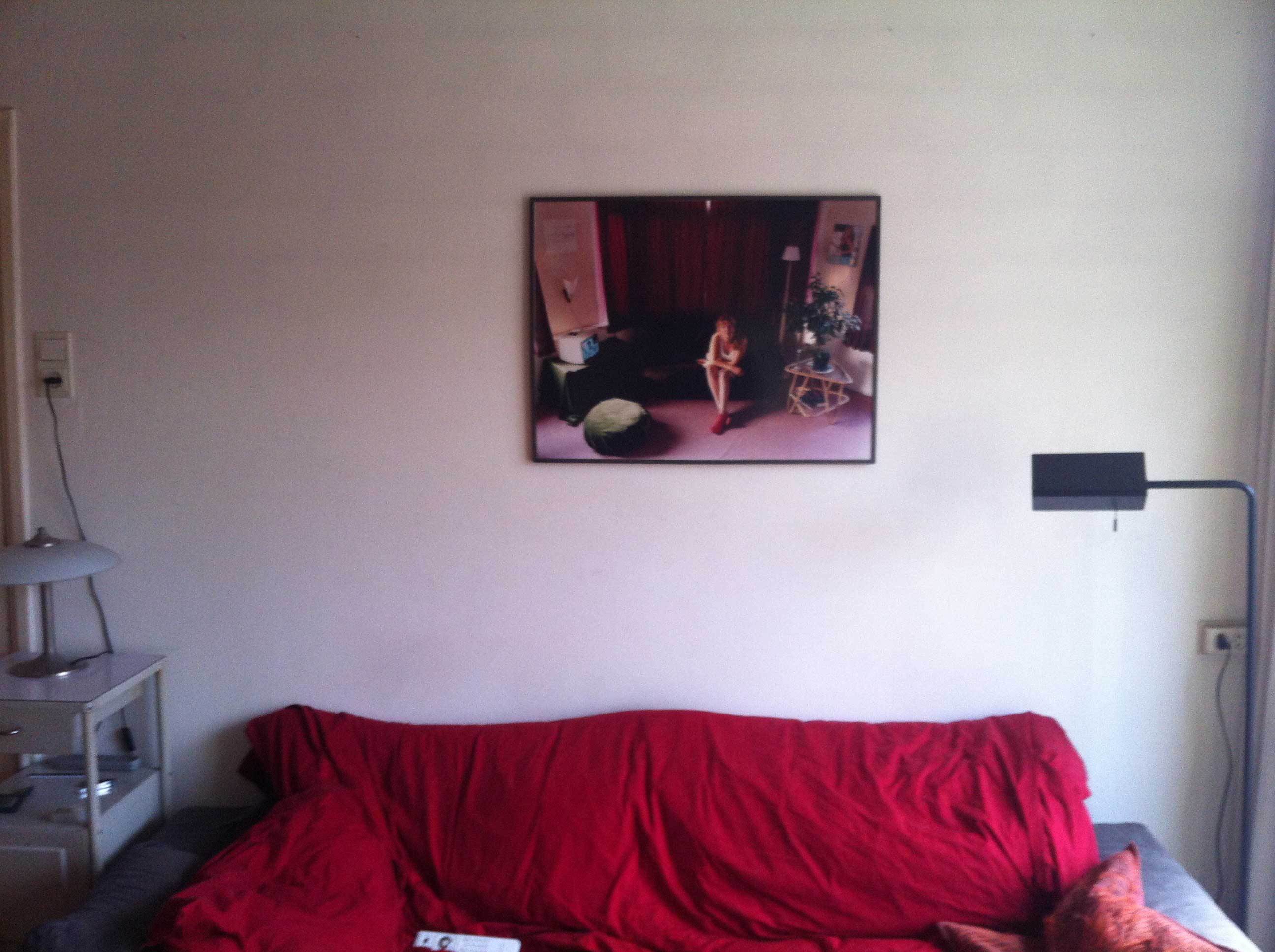 Saskia Veugelers made this photograph of me around 1992/1993. She made a series of artists working in Rotterdam at the time. Between ten and five years ago she contacted me and asked me if i wanted the large print back. She was cleaning up her house. I said yes, of course. A good photo to hang above my couch. I like Kylie's calendar, the I Ching book under the table, my black and white television, a work from Cezanne. In my old house, now torn down. A memory.

An old work from Ben Oostrum i got as a present for my birthday in 1993. On the back is the name of the work this is based on: Andrea di Bonatuti da Firenze, Crucifixion. I always kept this work hanging in my room, even though i didn't see Ben for around fifteen years. I do come across him at times the past years, we chat a little. A friend of the past.
Categorised in: Beauty, My story
Leave your thoughts