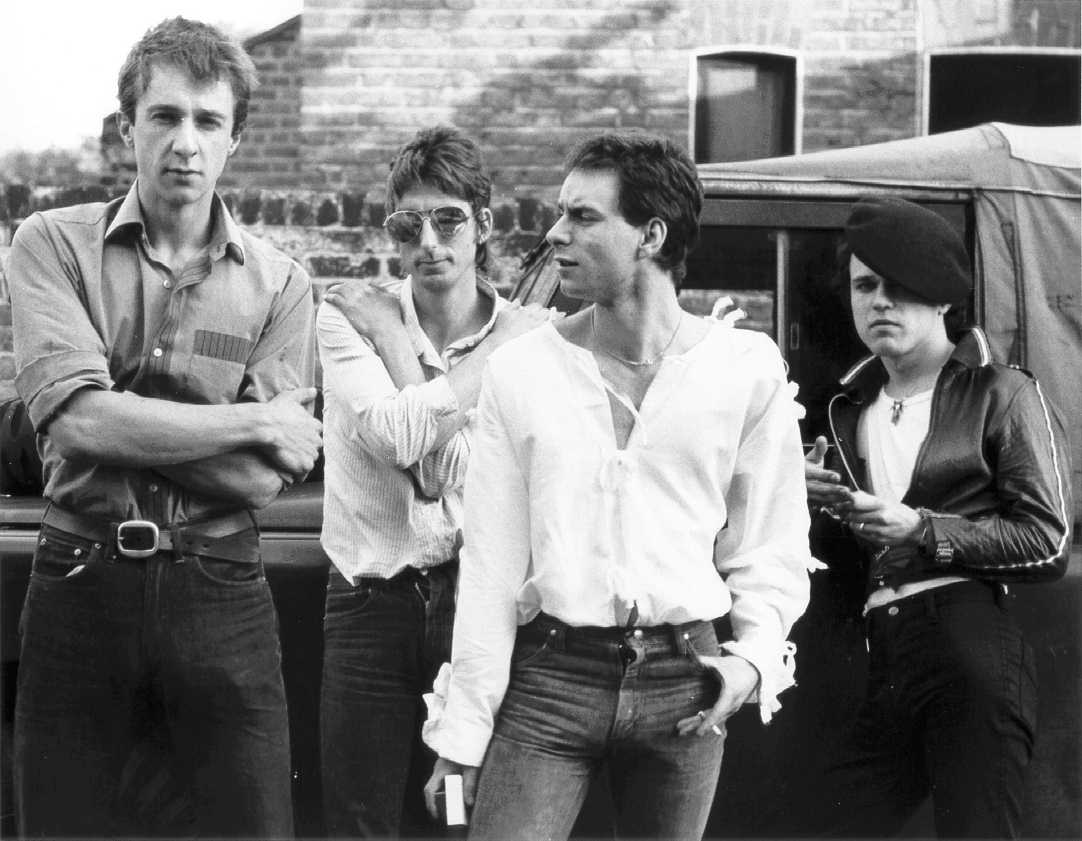 It was most likely around 1981 when i got to know Wire. I do have their first album Pink Flag on vinyl. And a live album Document and Eyewitness (1981). Over the years Wire kept popping up. I bought the cd’s of Chairs Missing and 154 in the 90s. I do have these albums on cassette, but since my cassette player is in the attic, i don’t play my old cassettes anymore.

I had another song in my playlist, Mannequin. Also a song from Pink Flag, as is Three Girl Rhumba. I still might do Mannequin, one day. I could have picked other songs, but i do love the lyrics of Three Girl Rhumba. I don’t know what this song is about. No idea. But i do enjoy numbers! So.. i divide it by two. I open a box. Tear of the lid. Don’t think of an answer. Don’t get swept under. A number is a number. I want to avoid the inevitable. So i do the impossible. I just wanna rhumba. There is no way i’m gonna go under. Go under. Go under.

Hmm… this actually does make sense to little old crazy me.

Open a box, tear off the lid
Then think of a number, don’t think of an answer

Open your eyes, think of a number
Don’t get swept under, a number’s a number

A chance encounter you want to avoid the inevitable
So you do, oh yes you do the impossible

Now you ain’t got a number, you just want to rhumba
And there ain’t no way you’re gonna go under