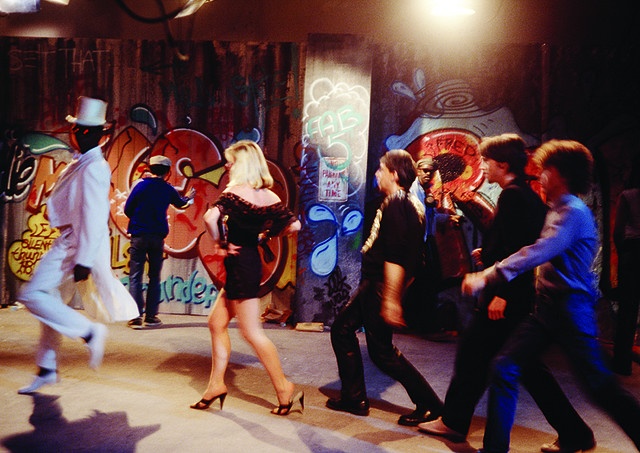 Rapture. I always liked this song. Not a big Blondie fan, but their music was around when i grew up in the late 70s and early 80s. Over the years this song was in most of my birthday party playlists. I do try other songs too, but hmm.. not really a big fan. But still, this song is in my MIX playlists. I do like it.

I have to say, singing these songs, looking up the lyrics is really opening up my understanding of them. In many songs there are parts i simply don’t hear too well. I can sing along with the sound and sometimes make up my own bits. Singing along with the lyrics in front of me is so much better! As i usually sing a bit before i record the song of the day, i am training all the other songs in the meantime. Singing them all from my head a cappella is a different story. That is hard, with no music to fall back on. A bit sad i don’t play any instrument to be honest. Piano or guitar, but no, i don’t feel any desire to learn these instruments. Well, piano maybe, but only to play classical music. Not any use there either.

Back to back
Sacroiliac
Spineless movement
And a wild attack

Fab Five Freddie told me everybody’s high
DJ’s spinnin’ are savin’ my mind
Flash is fast, Flash is cool
Francois sez fas, Flashe’ no do
And you don’t stop, sure shot
Go out to the parking lot
And you get in your car and you drive real far
And you drive all night and then you see a light
And it comes right down and lands on the ground
And out comes a man from Mars
And you try to run but he’s got a gun
And he shoots you dead and he eats your head
And then you’re in the man from Mars
You go out at night, eatin’ cars
You eat Cadillacs, Lincolns too
Mercury’s and Subaru’s
And you don’t stop, you keep on eatin’ cars

Then, when there’s no more cars
You go out at night and eat up bars where the people meet
Face to face, dance cheek to cheek
One to one, man to man
Dance toe too toe
Don’t move to slow, ’cause the man from Mars
Is through with cars, he’s eatin’ bars
Yeah, wall to wall, door to door, hall to hall
He’s gonna eat ’em all
Rapture, be pure
Take a tour, through the sewer
Don’t strain your brain, paint a train
You’ll be singin’ in the rain
I said don’t stop, to punk rock