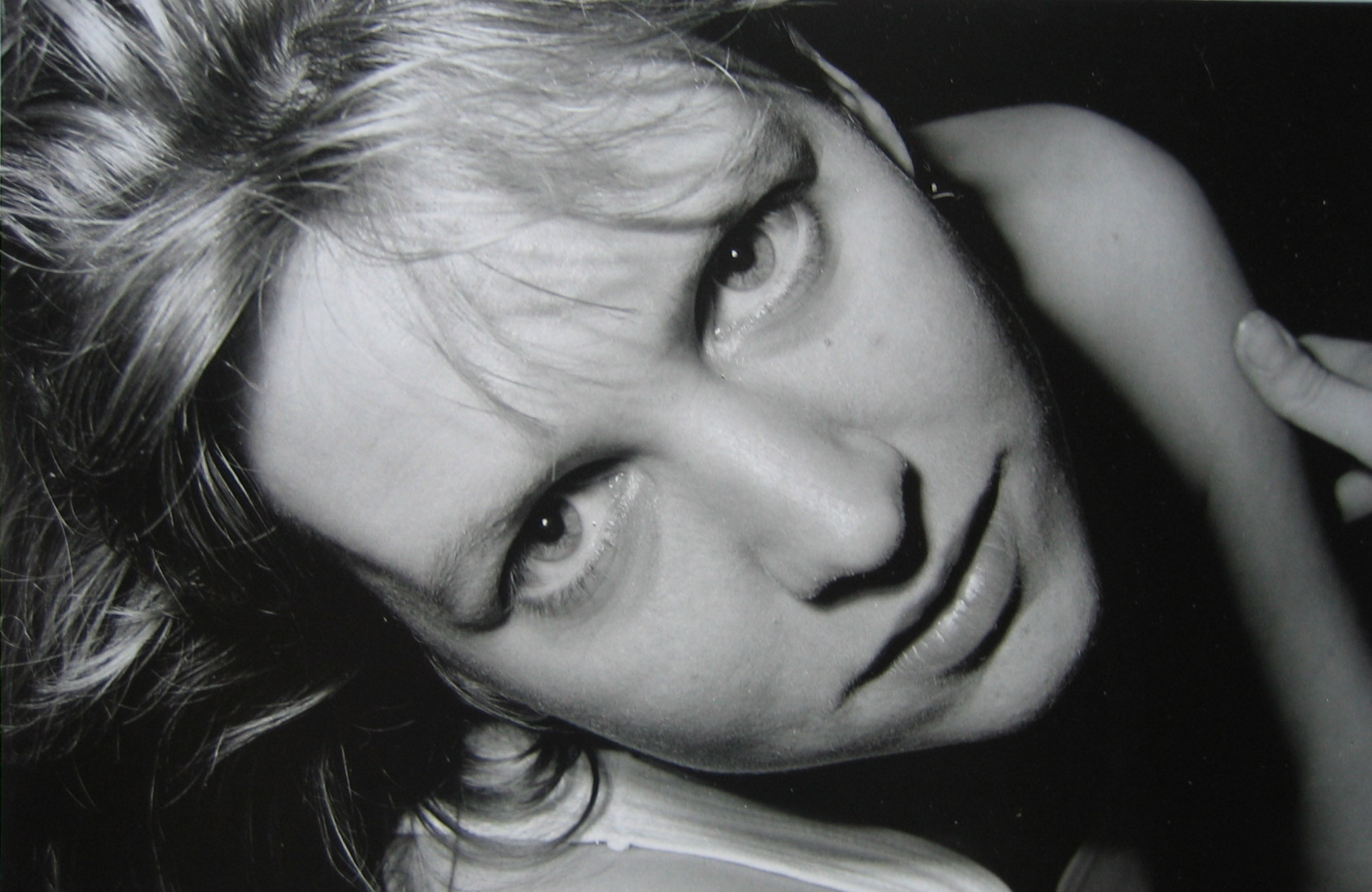 At the moment i’m going through my old work. Some of it in a cupboard downstairs. Some of it still in the attic. In a ring binder in the cupboard i found some more contactsheets. I decided to photograph these too and make a separate post of the. I do like these.

I also photographed two pictures i found, because well.. i like em.

Another thing i observed when i scrolled back over the last 15 posts, is that i seem to keep images more before the break. I won’t be doing that with the walks pictures. This page will get so large to download. I do think though that the really important photos i do like to keep before the break. If there is a break even.

Ooh well.. just some minor thinking there. On with the show!

Ooh, the top image. It’s one of the single images i photographed. I love this one.

Also something else. I don’t think i talked about it specifically. I just want to emphasize here that i made these photos myself. All alone with the camera, smiling into nothingness. It does remind me of my first memory, where my mother points to my father behind me, who takes a photograph of me then. I was like a year, a year and a half. The fact that i do not see my father, but i see the camera he is holding on front of his face. I don’t know if the memory is related to my obsessive self portraits later on. But it is something i think about. 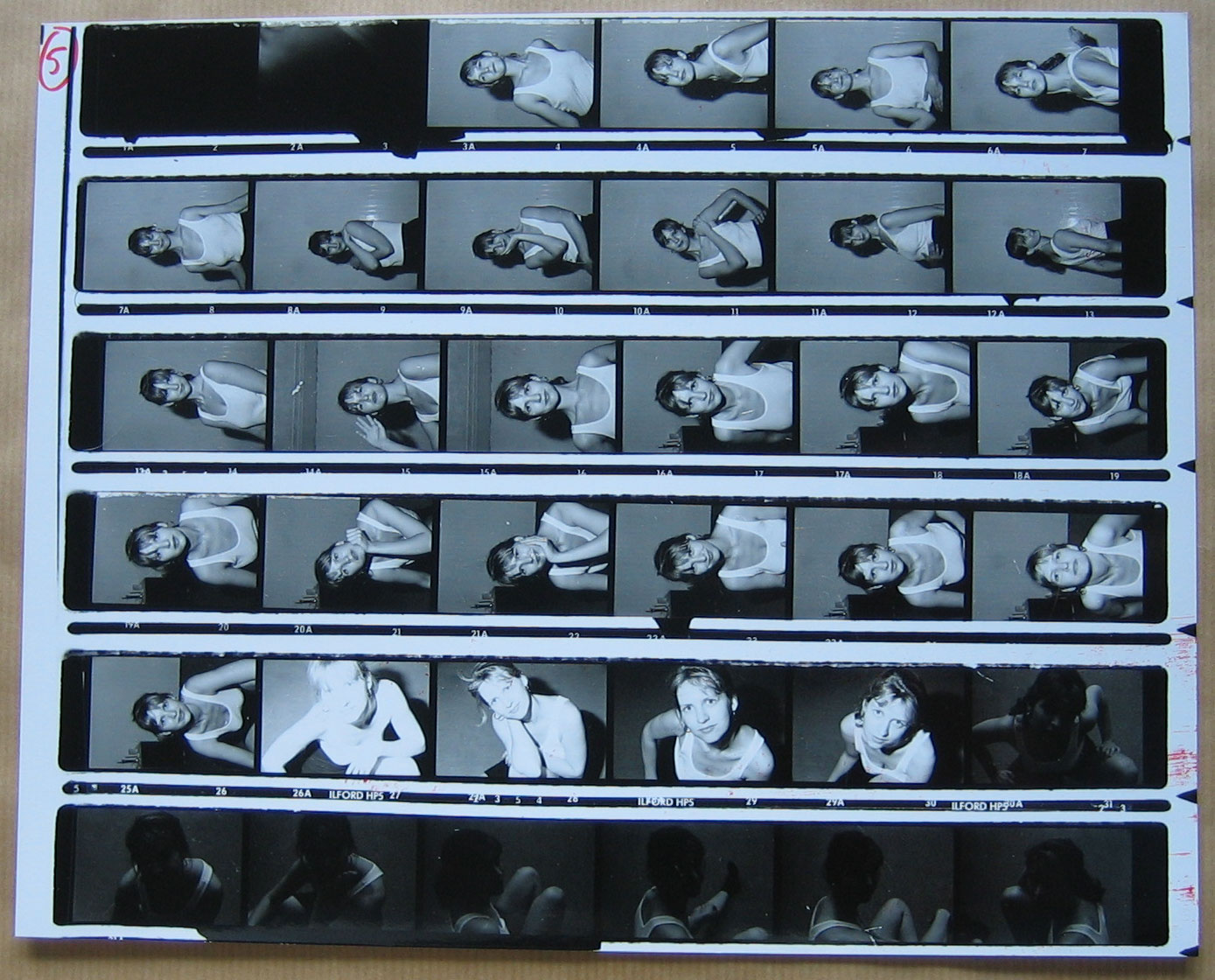 I do like this one. I also have quite small boobies here. I don't think i ever did anything with any of them. 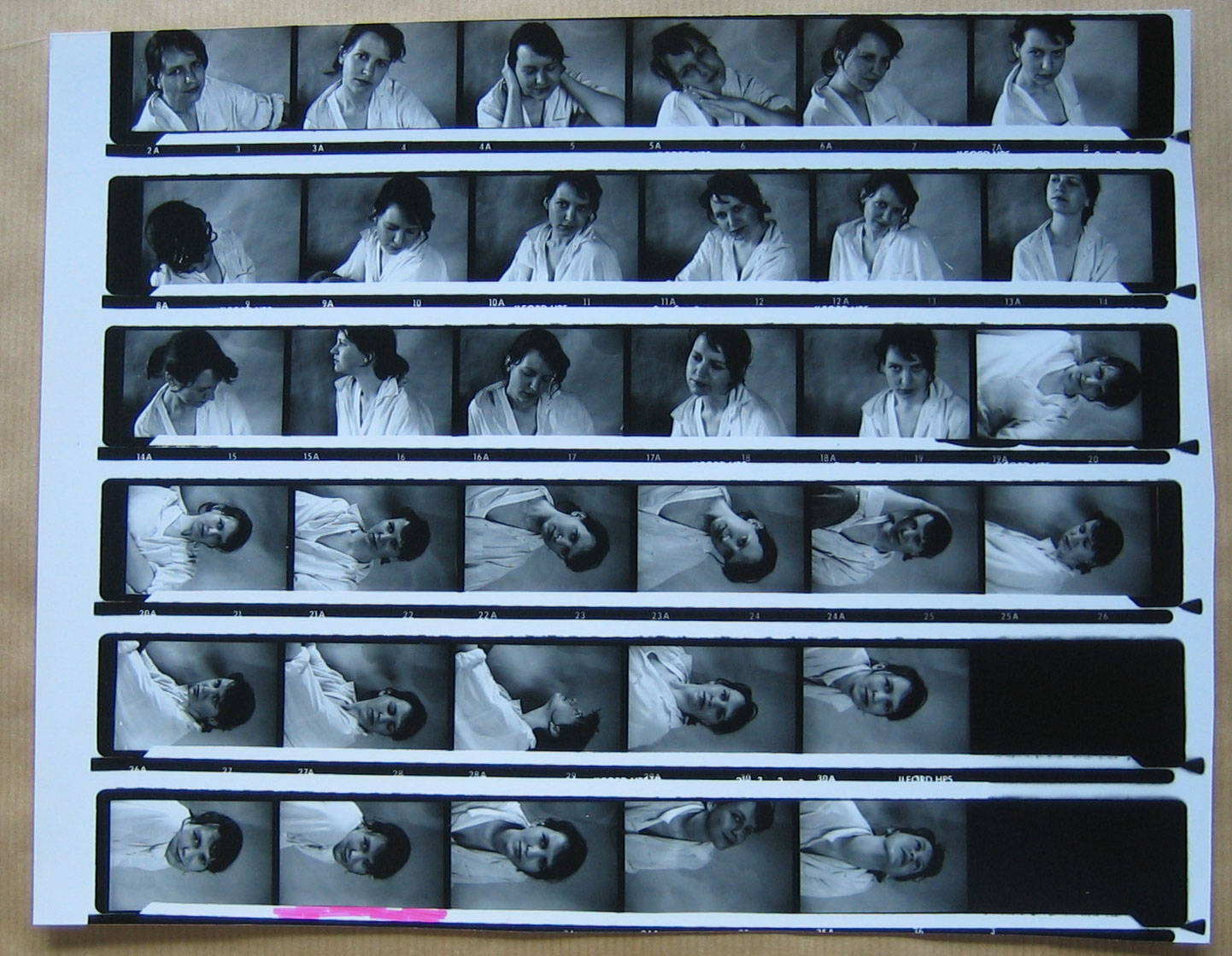 I like these too. I may have used some of these for minor works. It's quite an early sheet too. Like most of these sheets anyway. 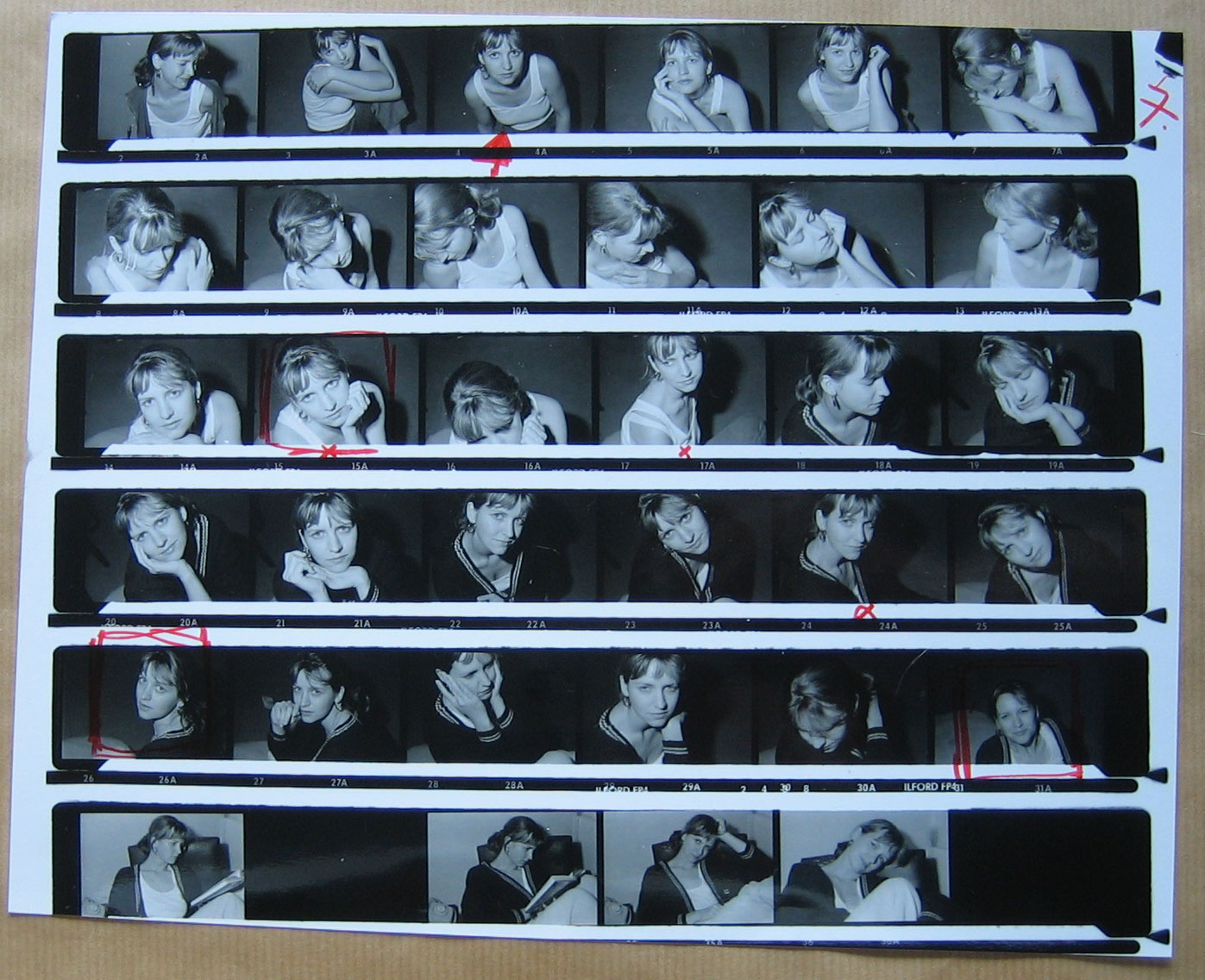 The last photo on the fifth row i used. Some other i used too. I really like this one. Some great shots.

I seem to like most of these sheets. I do look quite angry on some of these. 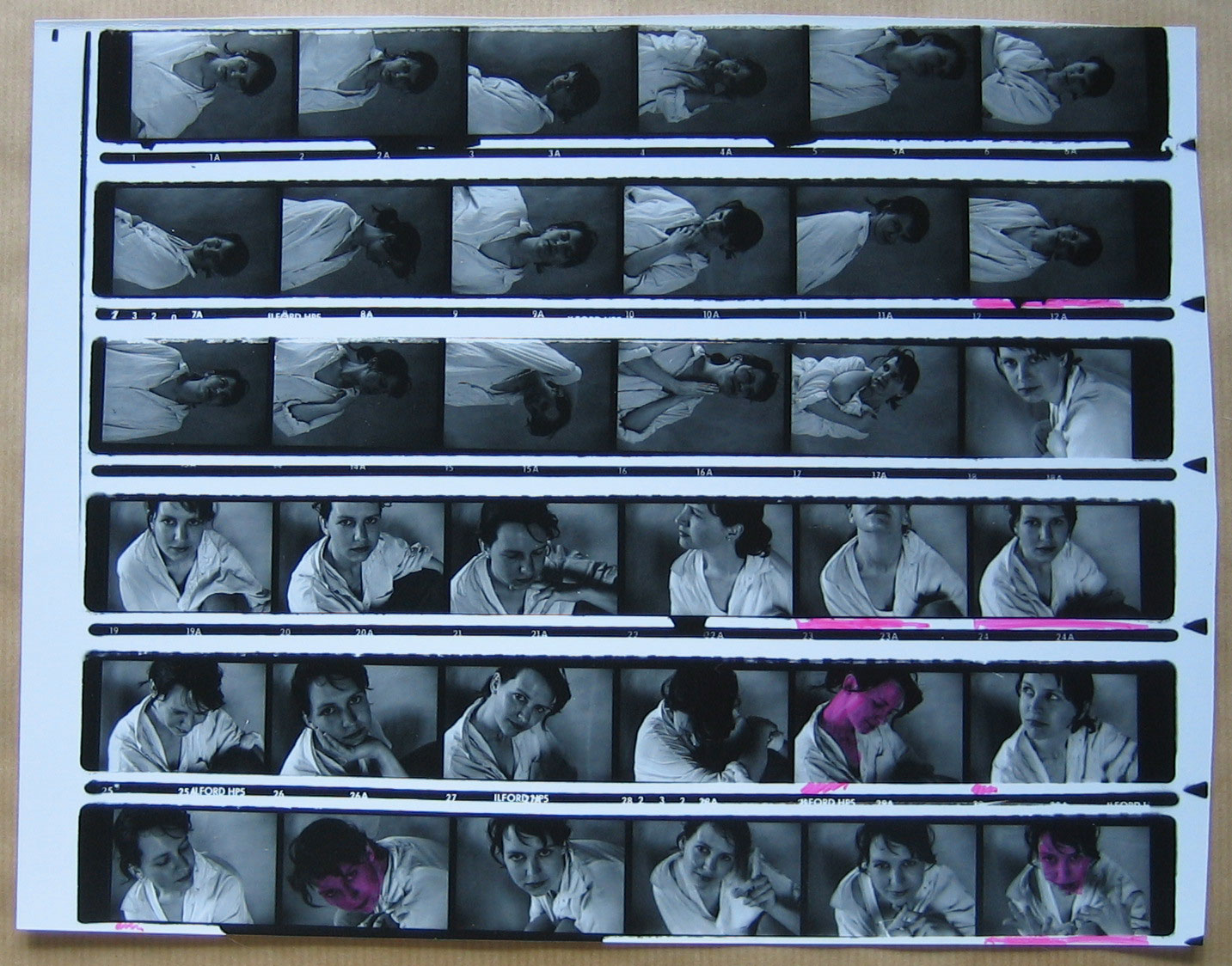 The last photo on this one i used. Like the other photos too.

A last image of this post. Just because i think she’s cute. 🙂 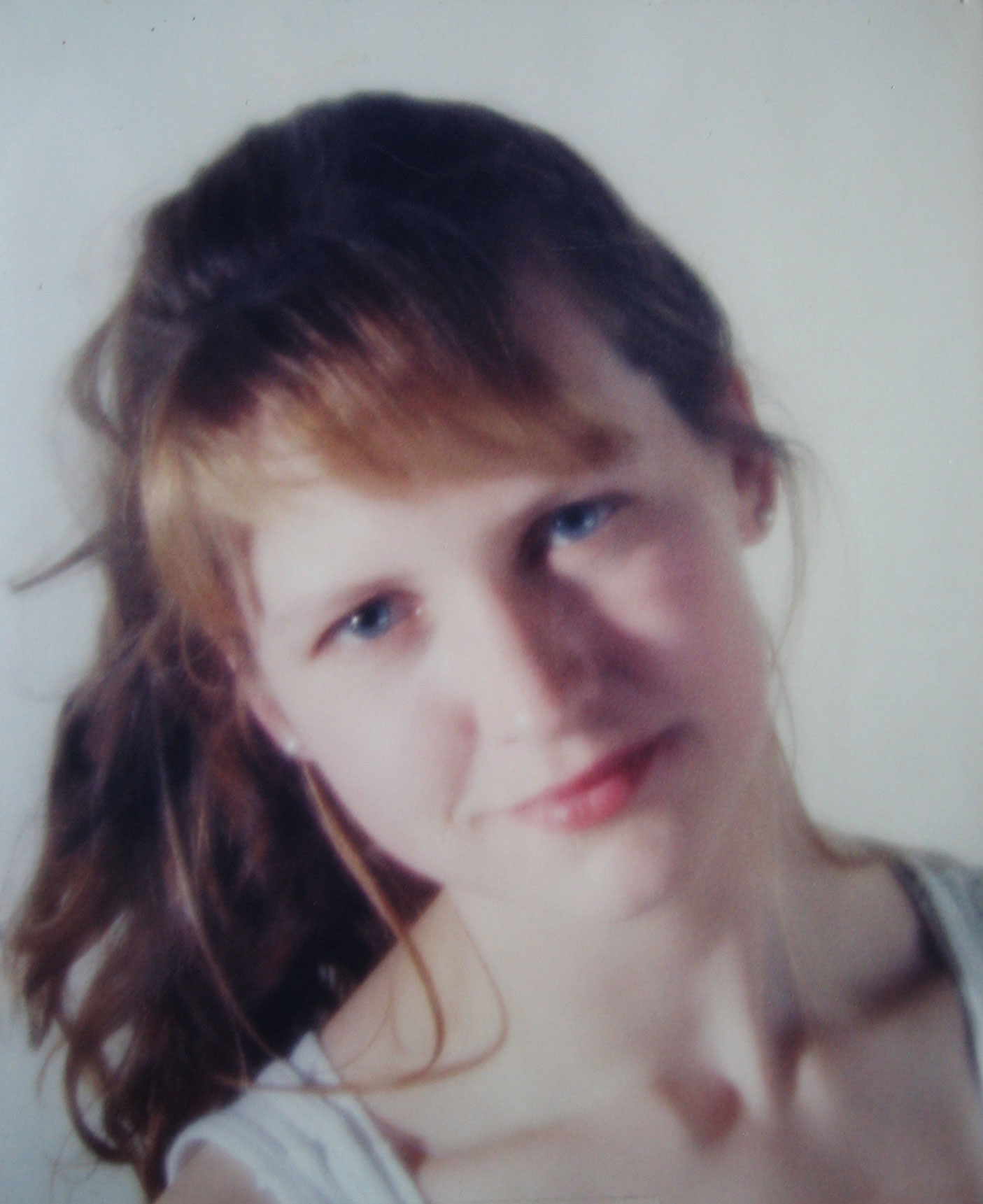