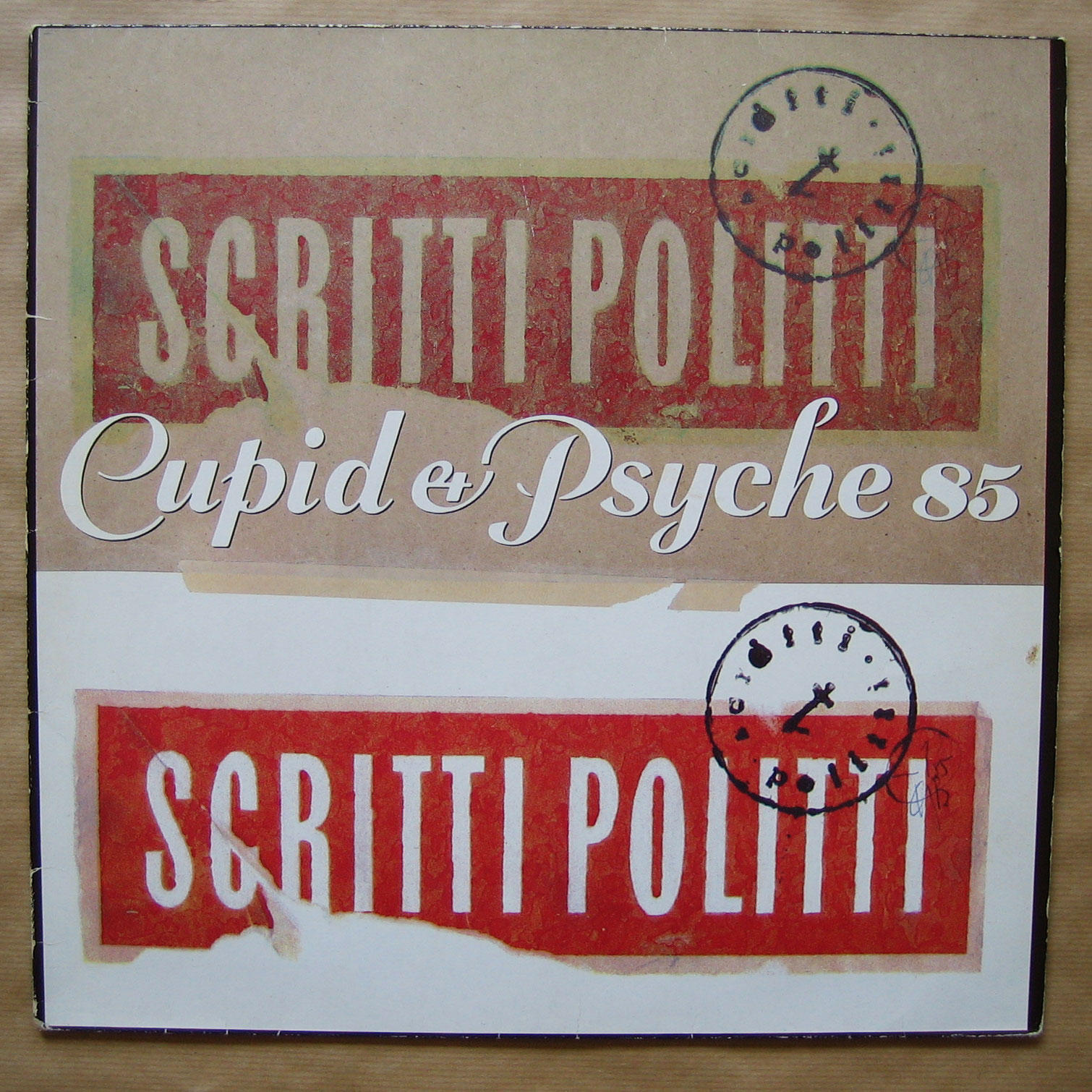 Today, the day i write this post, it is thirty years ago that Cupid & Psyche 85 by Scritti Politti was released.

I completely missed this release. I didn’t even know Scritti Politti. I vaguely remember an interview from 1982 in the Dutch magazine Vinyl. I just didn’t buy the record Songs to Remember then. I was happy listening to Prince, 23 Skidoo. I was getting more into dance music, away from the experimental music i used to listen to, like Captain Beefheart, the Residents and other bands i have forgotten about.

A month later i stayed in a house in Rotterdam centre for a month, taking care of the cats of friends while they were away on holiday. The guy was dj’ing in his spare time, he had loads of music. He had made tapes with hip hop which i loved! And yes, he had bought Cupid & Psyche as well.

I remember one warm day where i was lying on the floor, the sun shining through the window. Listening to this music. I simply couldn’t resist. I did play other music during that time, yes. But most of the time it was scritti on the record player. I even told the DJ that i should get him a new copy of the record once they were back. I thought i had played the record grey! 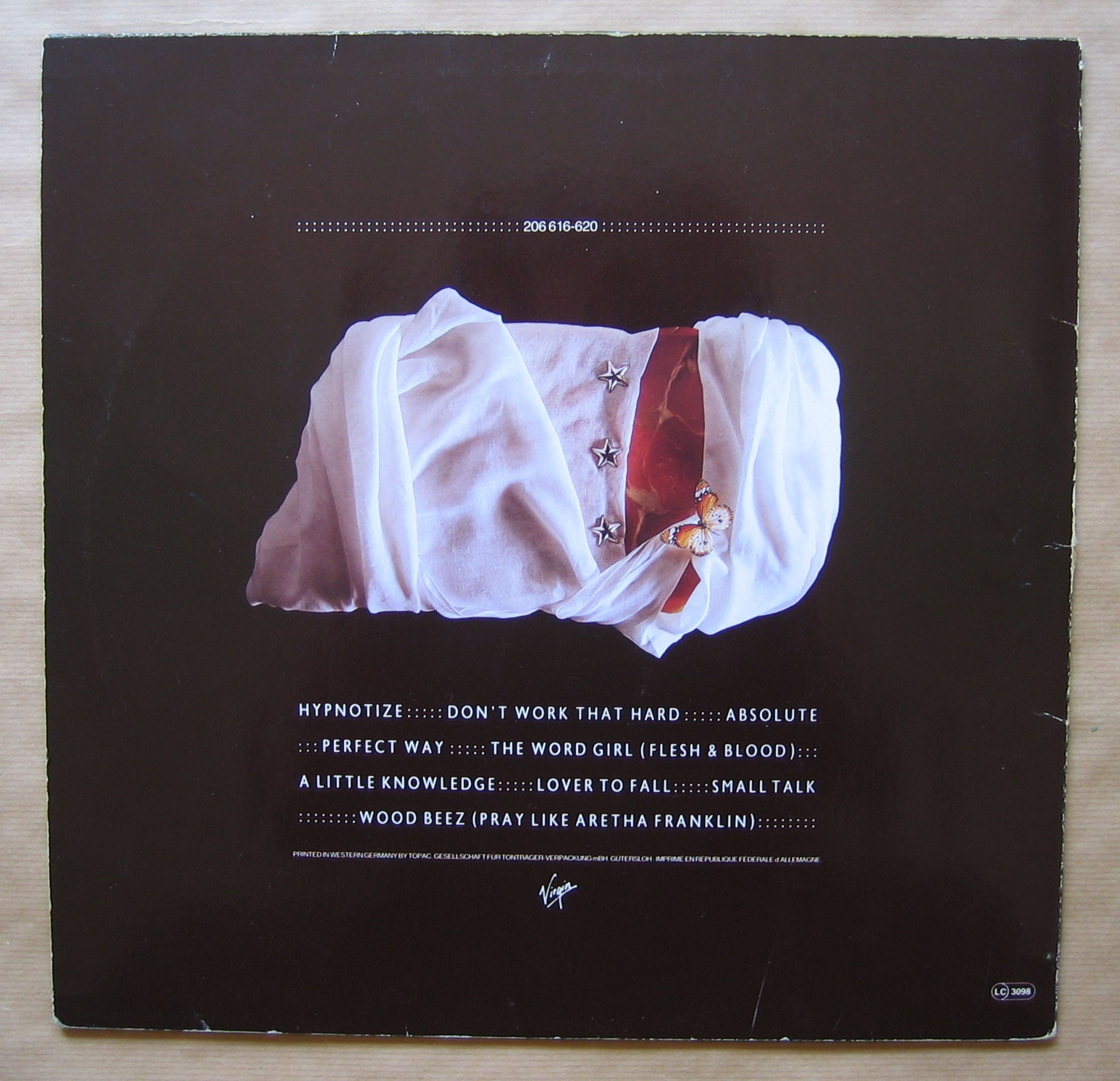 I tried to write about my fascination for this music, for the lyrics. For how the music made me feel. The happiness it exudes. I did write a paper about scritti on art school. When i was done i wasn’t happy with it. I couldn’t explain my feelings. I couldn’t put this record in an art historical context. The teacher Jeroen Chabot talked with me about this paper over dinner. It was a great evening, but it didn’t make me much wiser.

Many people write about the music. Marco Raaphorst wrote a post today about Cupid & Psyche. He is a musician, a soundmaker. This article on Wales Arts Review does say a bit more about the big change from post punk to the polished sophisticated mainstream pop music.

Even the intro of ‘Wood Beez (Pray like Aretha Franklin)’ represented a huge leap forward in confidence: sledgehammer drums, keyboard stabs and bursts of white noise; a synth bass and precision-engineered hi-hat part; and a guitar riff that owes more to Shalamar than any of the post-punk bands Scritti Politti were usually bracketed with. And this was all in the first sixty seconds.

To me it felt like a giant plaything which simply bursts out of its box with joy.

I did look at the packaging. When i made a post of my most favourite album covers, this one wasn’t part of it. I was thinking of adding a scritti cover, but i didn’t know which one. So i left it out.

I actually bought another Cupid & Psyche a few years later. I gave it away as a birthday present to a friend. I regretted doing that so many times! It had the US version of Perfect Way on it. And, i’m not sure about this, but i do remember gold letters on the cover. If it had, i simply can not believe i gave it away. Grrr!

I do like this cover. But it is weird to me. It’s not what i would have designed myself. This is a design where many thoughts have gone into. And it does work well. But my work is very different. I have learned this over the years. One of the reasons i do like blogging is the daily stream of little thoughts. They do add over time. This is very different from making music. Many details, lots of work, months, maybe years of thinking, making decisions. Blogging comes down to the same details, but its all out in the open, plainly visible. With faults, days off, mistakes. All clearly visible. In the archives 🙂

Later this evening i will play the album. The old vinyl yes. Well, if my record player still works that is. I haven’t used it for years. But its still standing in my front room. Right now i have the youtube playlist embedded at the end of this post on with all the songs of the album. It’s been a long time since i heard the entire album. 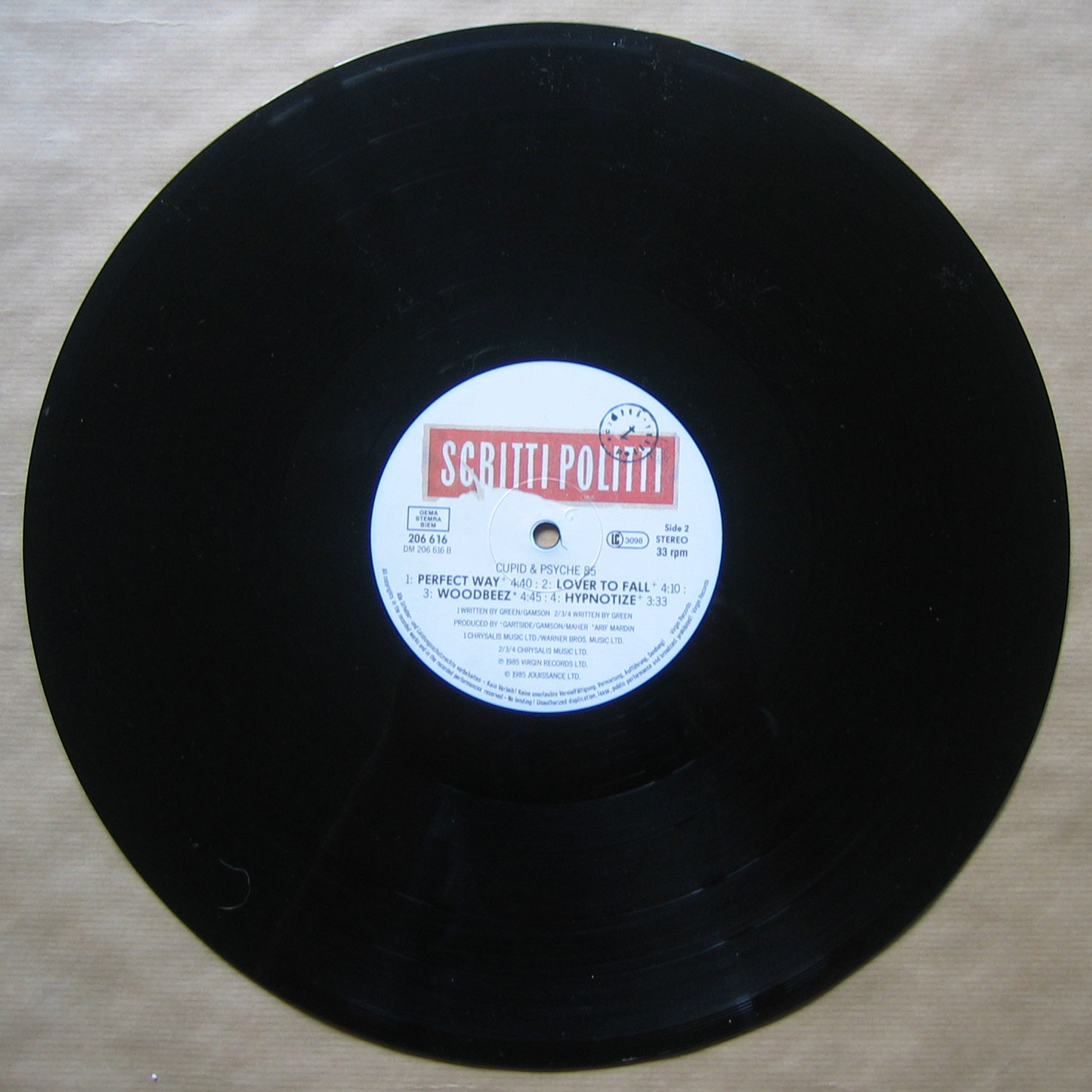 Over the years i have tried to pick my favourite song of my favourite album. The last couple of years i settled on The Word Girl. I love all the songs, but this one does make me feel extra happy. Absolute of course too! And ooh.. A Little Knowledge! But that song is saved for my funeral. 🙂

Listen to the entire album on this youtube playlist. Enjoy!