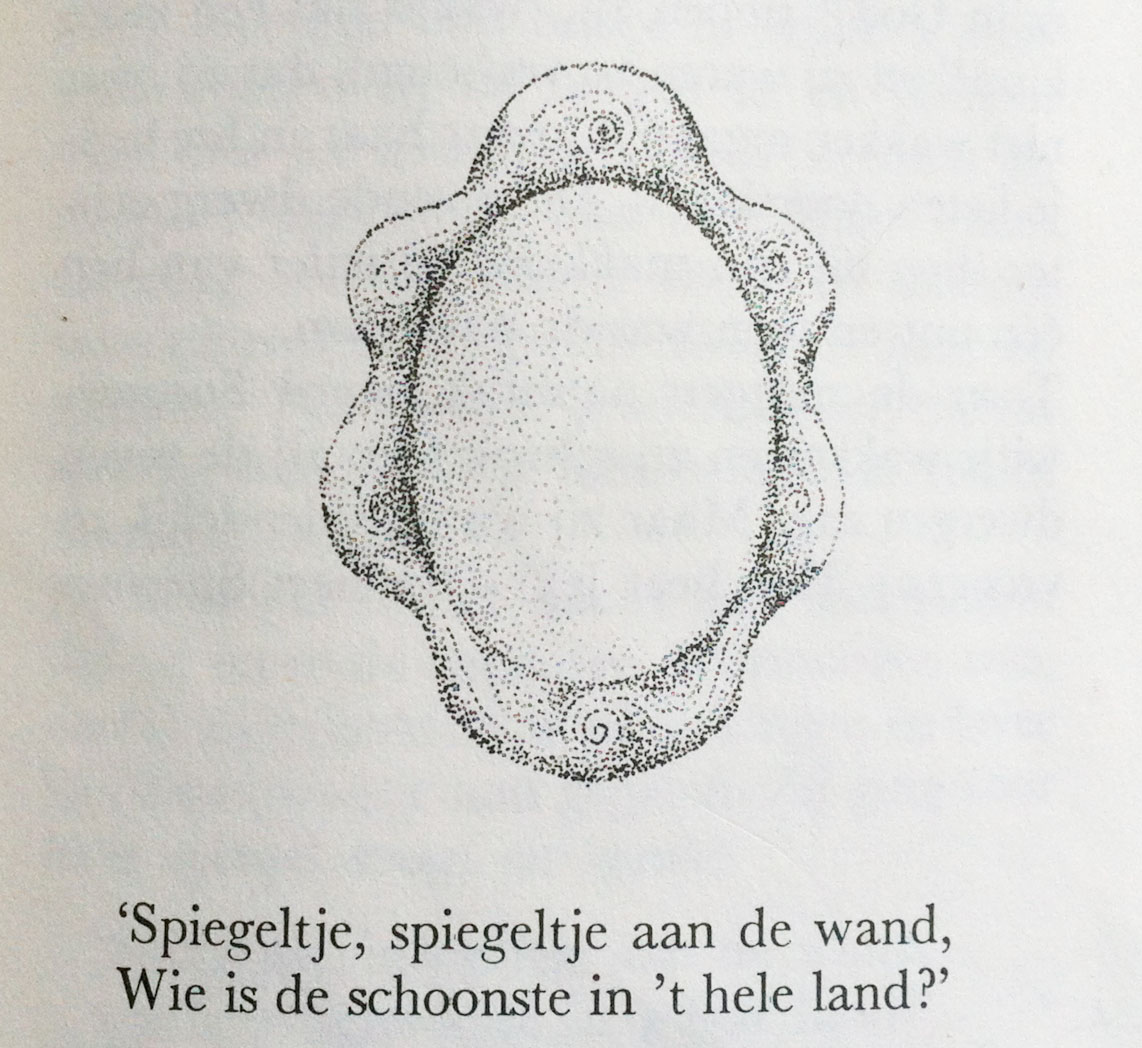 I will be reading the Grimm fairy tale Snow White. The English name is actually Little Snow-white. But i stick with the Dutch title: Sneeuwwitje. Hmm, while i’m writing the Dutch title, it’s dawning on me that it’s the diminutive of Sneeuwwit. The appendix -je or -tje in Dutch means ‘little’. The same goes for -let in English and -lein and -chen in German. It’s actually in my first name, Neeltje. Which nobody has ever used! I mean, my name has always been Ellen, but officially my name is Neeltje Ellen Pronk. It’s in my passport.

German is close to Dutch, or better said, Dutch is close to German. The Dutch word for fairy tale is ‘sprookje’, the German word is ‘Märchen’. The Dutch word for girl is ‘meisje’, the German word is ‘Mädchen’. A better English translation is ‘little maid’. The English word Dutch is coming from the word Diets, a precursor to the modern Dutch. In the Netherlands we use the word ‘Nederlands’ for the word Dutch. Dutch to us sounds more like how we call the Germans, Duitsland, and how they call themselves: Deutschland. I do like how these words get mixed up and change meaning over time.

OK, an end to this digression. Back to Snow White. I did do a search for analyses of this fairy tale. It was hard to find decent ones. So many movies have been made, from Disney’s 1937 ‘Snow White and the Seven Dwarfs’, the 2012 ‘Snow White and the Huntsman’ and ‘Mirror Mirror’, the TV series ‘Once upon a Time’ and so many more. There is this rather nice article on the newyorker.com ‘Snow White: Beauty Is Power‘. In this article it is said the most important theme of the story is a generational sexual rivalry in a world where beauty – and youth – is the main asset of a woman. This does remind me of our current world still. Not strict, but the young are so beautiful, and it does give them power. Look at people like Ariana Grande, or Miley Cyrus. It’s not that they are not capable of what they are doing, but their beauty does add to their enticement. It’s not the only path a woman can walk, but it is still a very tempting one for the young and gorgeous people.

The seven dwarfs in Grimm’s version are not named. Also Snow White does not clean up their house, but eats a bit of their food, tries out their beds before she falls asleep in the one bed that fits her. The dwarfs in Grimm’s version are hard-working. They state very clearly from the outset the Snow White can stay at their place, only if she is willing to work. “If you will take care of our house, cook, make the beds, wash, sew, and knit, and if you will keep everything neat and clean, you can stay with us and you shall want for nothing.” Snow White needs to grow up and take responsibility of her own life.

I won’t go into any more possible analyses of Snow White. I leave it up to you. Enjoy!