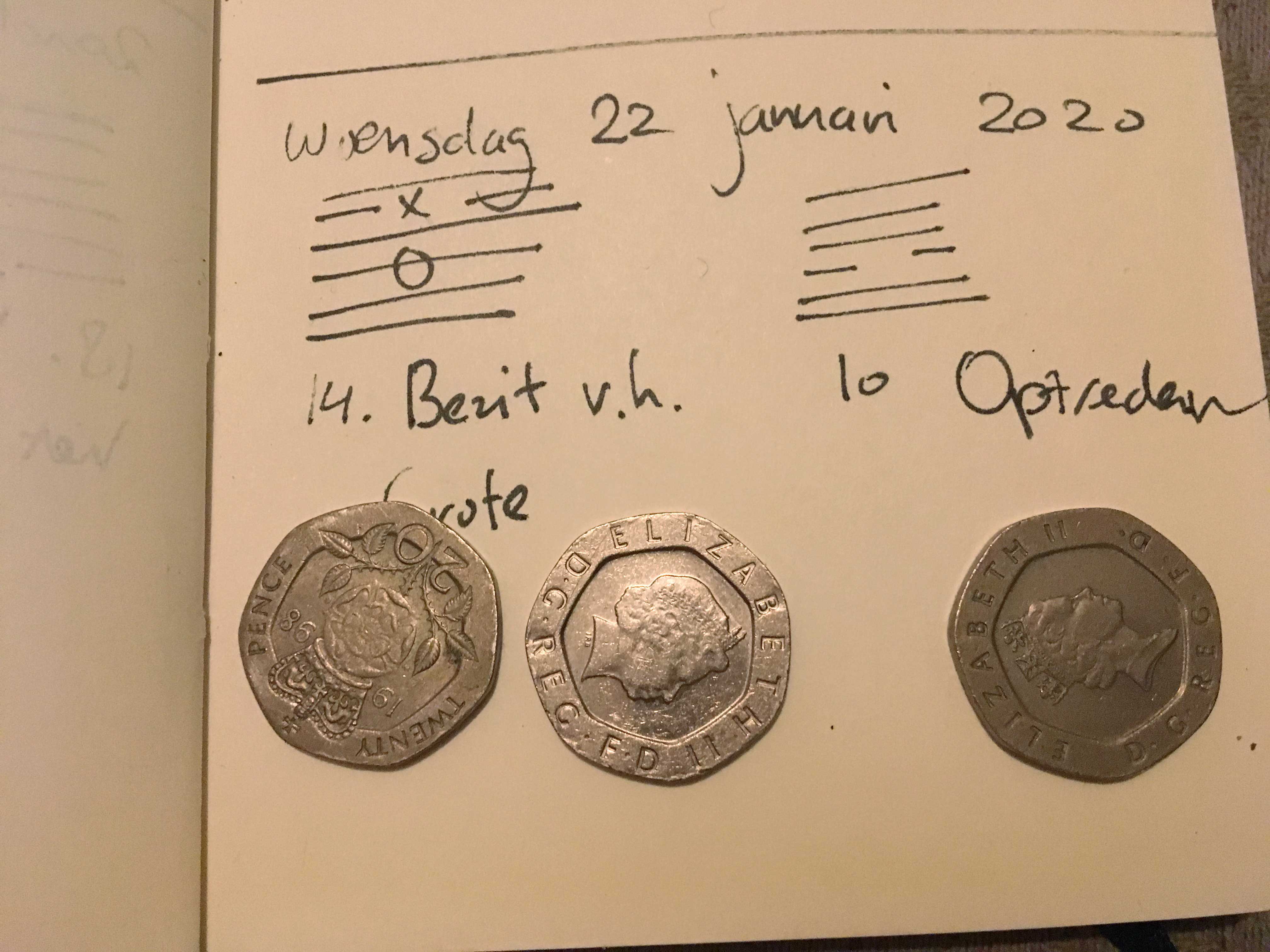 The fire in heaven above shines far, and all things stand out in the light and become manifest. The weak fifth line occupies the place of honor and all the strong lines are in accord with it. All things come to the man who is modest and kind in a high position.

Nine in the third place means:
A prince offers it to the Son of Heaven.
A petty man cannot do this.

A magnanimous, liberal-minded man should not regard what he possesses as his exclusive personal property, but should place it at the disposal of the ruler or of the people at large. In so doing, he takes the right attitude toward his possession, which as private property can never endure. A petty man is incapable of this. He is harmed by great possessions, because instead of sacrificing them, he would keep them for himself.

°Six in the fifth place means:
He whose truth is accessible, yet dignified,
Has good fortune.

The situation is very favorable. People are being won not by coercion but by unaffected sincerity, so that they are attached to us in sincerity and truth. However, benevolence alone is not sufficient at the time of POSSESSION IN GREAT MEASURE. For insolence might begin to spread. Insolence must be kept in bounds by dignity; then good fortune is assured.