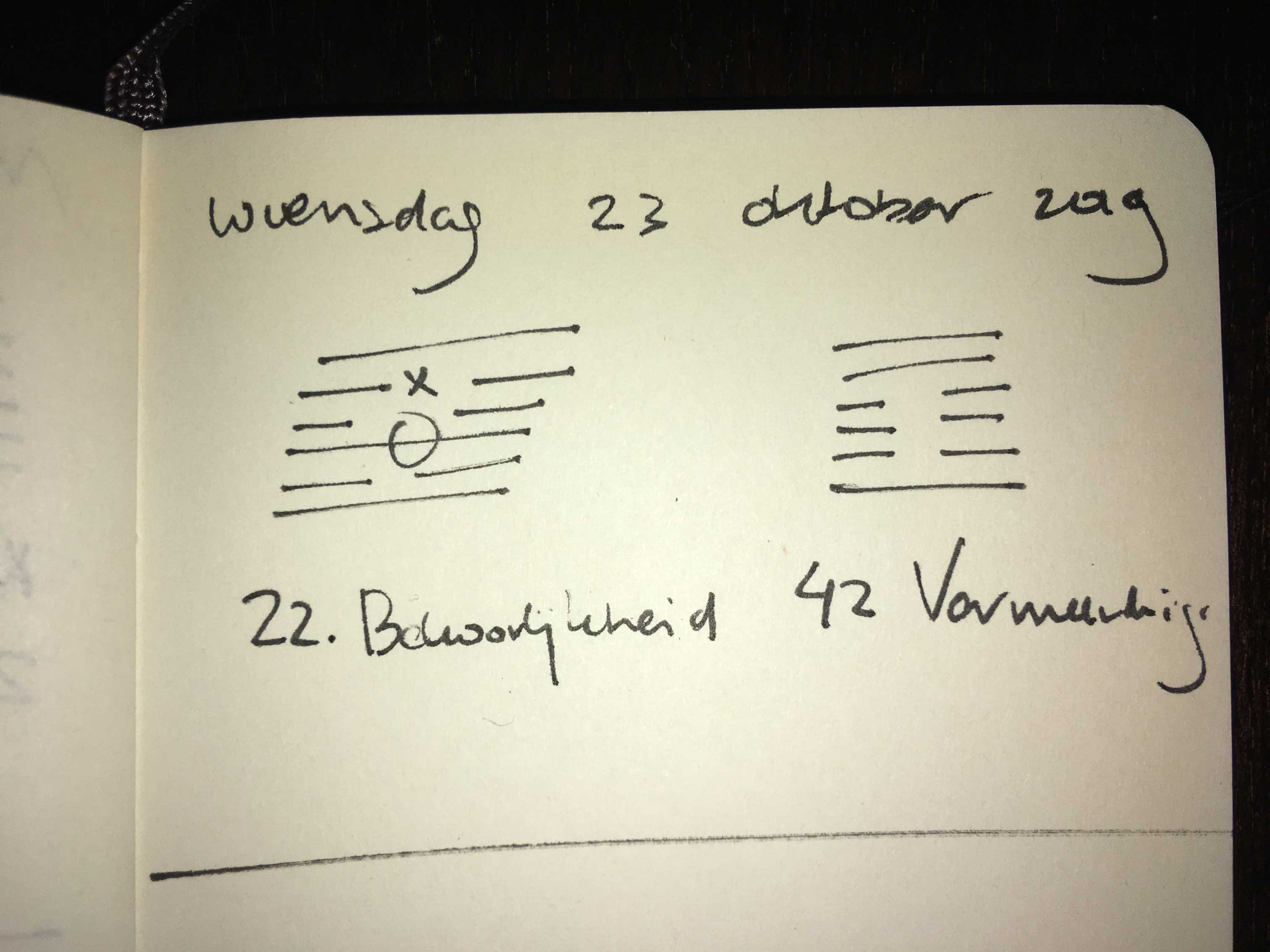 This represents a very charming life situation. One is under the spell of grace and the mellow mood induced by wine. This grace can adorn, but it can also swamp us. Hence the warning not to sink into convivial indolence but to remain constant in perseverance. Good fortune depends on this.

Six in the fifth place means:
Grace in the hills and gardens.
The roll of silk is meager and small.
Humiliation, but in the end good fortune.

A man withdraws from contact with people of the lowlands, who seek nothing but magnificence and luxury, in to the solitude of the heights. There he finds an individual to look up to, whom he would like to have as a friend. But the gifts he has to offer are poor and few, so that he feels ashamed. However, it is not the material gifts that count, but sincerity of feeling, and so all goes well in the end.