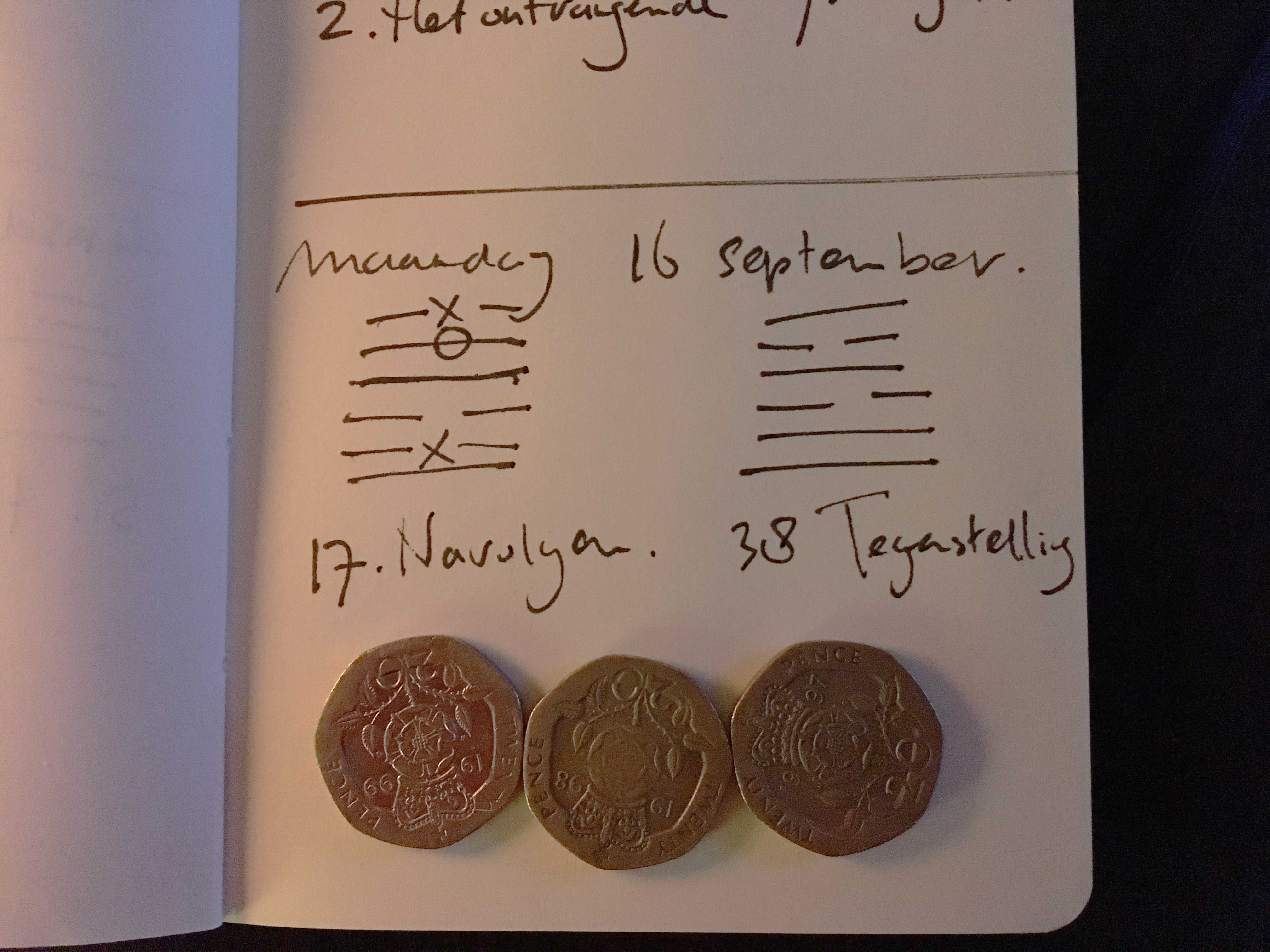 °Nine in the fifth place means:
Sincere in the good. Good fortune.

Every man must have something he follows–something that serves him as a lodestar. He who follows with conviction the beautiful and the good may feel himself strengthened by this saying.

above LI THE CLINGING, FLAME
below TUI THE JOYOUS, LAKE

This hexagram is composed of the trigram Li above, i.e., flame, which burns upward, and Tui below, i.e., the lake, which seeps downward. These tow movements are indirect contrast. Furthermore, LI is the second daughter and Tui the youngest daughter, and although they live in the same house they belong to different men; hence their wills are not the same but are divergently directed.

When people live in opposition and estrangement they cannot carry out a great undertaking in common; their points of view diverge too widely. In such circumstances one should above all not proceed brusquely, for that would only increase the existing opposition; instead, one should limit oneself to producing gradual effects in small matters. Here success can still be expected, because the situation is such that the opposition does not preclude all agreement.
In general, opposition appears as an obstruction, but when it represents polarity within a comprehensive whole, it has also its useful and important functions. The oppositions of heaven and earth, spirit and nature, man and woman, when reconciled, bring about the creation and reproduction of life. In the world of visible things, the principle of opposites makes possible the differentiation by categories through which order is brought into the world.

Above, fire; below. The lake.
The image of OPPOSITION.
Thus amid all fellowship
The superior man retains his individuality.

The two elements, fire and water, never mingle but even when in contact retain their own natures. So the sutured man is never led into baseness or vulgarity through intercourse or community of interests with persons of another sort; regardless of all commingling, he will always preserve his individuality.