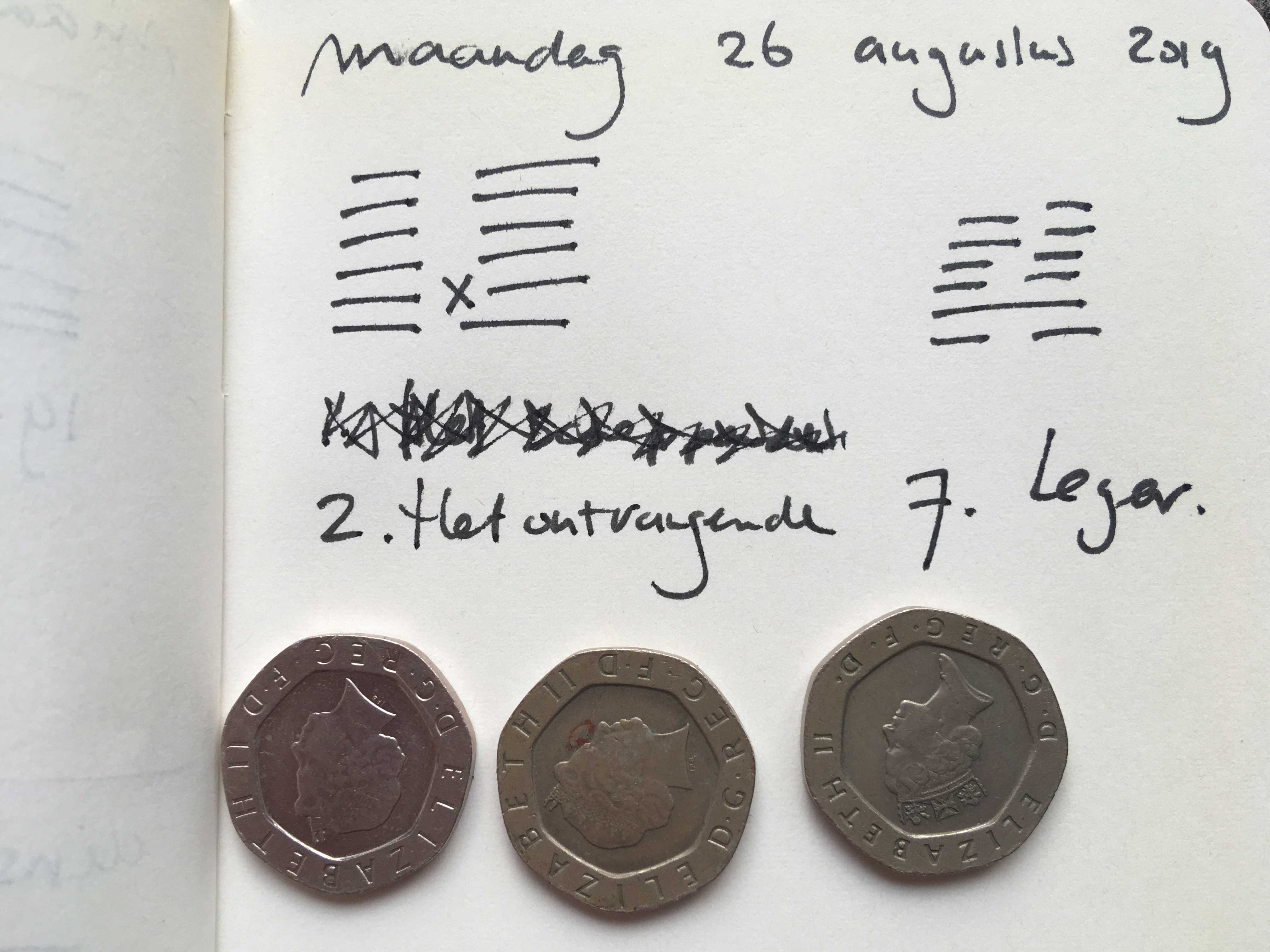 This hexagram is made up of broken lines only. The broken lines represents the dark, yielding, receptive primal power of yin. The attribute of the hexagram is devotion; its image is the earth. It is the perfect complement of THE CREATIVE–the complement, not the opposite, for the Receptive does not combat the Creative but completes it . It represents nature in contrast to spirit, earth in contrast to heaven, space as against time, the female-maternal as against the male-paternal. However, as applied to human affairs, the principle of this complementary relationship is found not only in the relation between man and woman, but also in that between prince and minister and between father and son. Indeed, even in the individual this duality appears in the coexistence of the spiritual world and the world of the senses.
But strictly speaking there is no real dualism here, because there is a clearly defined hierarchic relationship between the two principles. In itself of course the Receptive is just as important as the Creative, but the attribute of devotion defines the place occupied by this primal power in relation to the Creative. For the Receptive must be activated and led by the Creative; then it is productive of good. Only when it abandons this position and tries to stand as an equal side by side with the Creative, does it become evil. The result then is opposition to and struggle against the Creative, which is productive of evil to both.

Just as there is only one heaven, so too there is only one earth. In the hexagram of heaven the doubling of the trigram implies duration in time, but in the hexagram of earth the doubling connotes the solidity and extension in space by virtue of which the earth is able to carry and preserve all things that live and move upon it. The earth in its devotion carries all things, good and evil, without exception. In the same way the superior man gives to his character breadth, purity, and sustaining power, so that he is able both to support and to bear with people and things.

°Six in the second place means:
Straight, square, great.
Without purpose,
Yet nothing remains unfurthered.

The symbol of heaven is the circle, and that of earth is the square. Thus squareness is a primary quality of the earth. On the other hand, movement in a straight line, as well as magnitude, is a primary quality of the Creative. But all square things have their origin in a straight line and into turn form solid bodies. In mathematics, when we discriminate between lines, planes and solids, we find that rectangular planes result from straight lines, and cubic magnitudes from rectangular planes. The Receptive accommodates itself to the qualities of the Creative and makes them its own. Thus a square develops out of a straight line and a cube out of a square. This is compliance with the laws of the Creative; nothing is taken away, nothing added. Therefore the Receptive has no need of a special purpose of its own, nor of any effort’ yet everything turns out as it should.
Nature creates all beings without erring: this is its foursquareness. It tolerates all creatures equally: this is its greatness. Therefore it attains what is right for all without artifice or special intentions. Man achieves the height of wisdom when all that he does is as self-evident as what nature does.

Ground water is invisibly present within the earth. In the same way the military power of a people is invisibly present in the masses. When danger threatens, every peasant becomes present in the masses. When danger threatens, every peasant becomes a soldier; when the war ends, he goes back to his plow. He who is generous toward the people wins their love, and a people living under a mild rule becomes strong and powerful. Only a people economically strong can be important in military power. Such power must therefore be cultivated by improving the economic condition of the people and by humane government. Only when there is this invisible bond between government and people, so that the people are sheltered by their government as ground water is sheltered by the earth, is it possible to wage a victorious war.