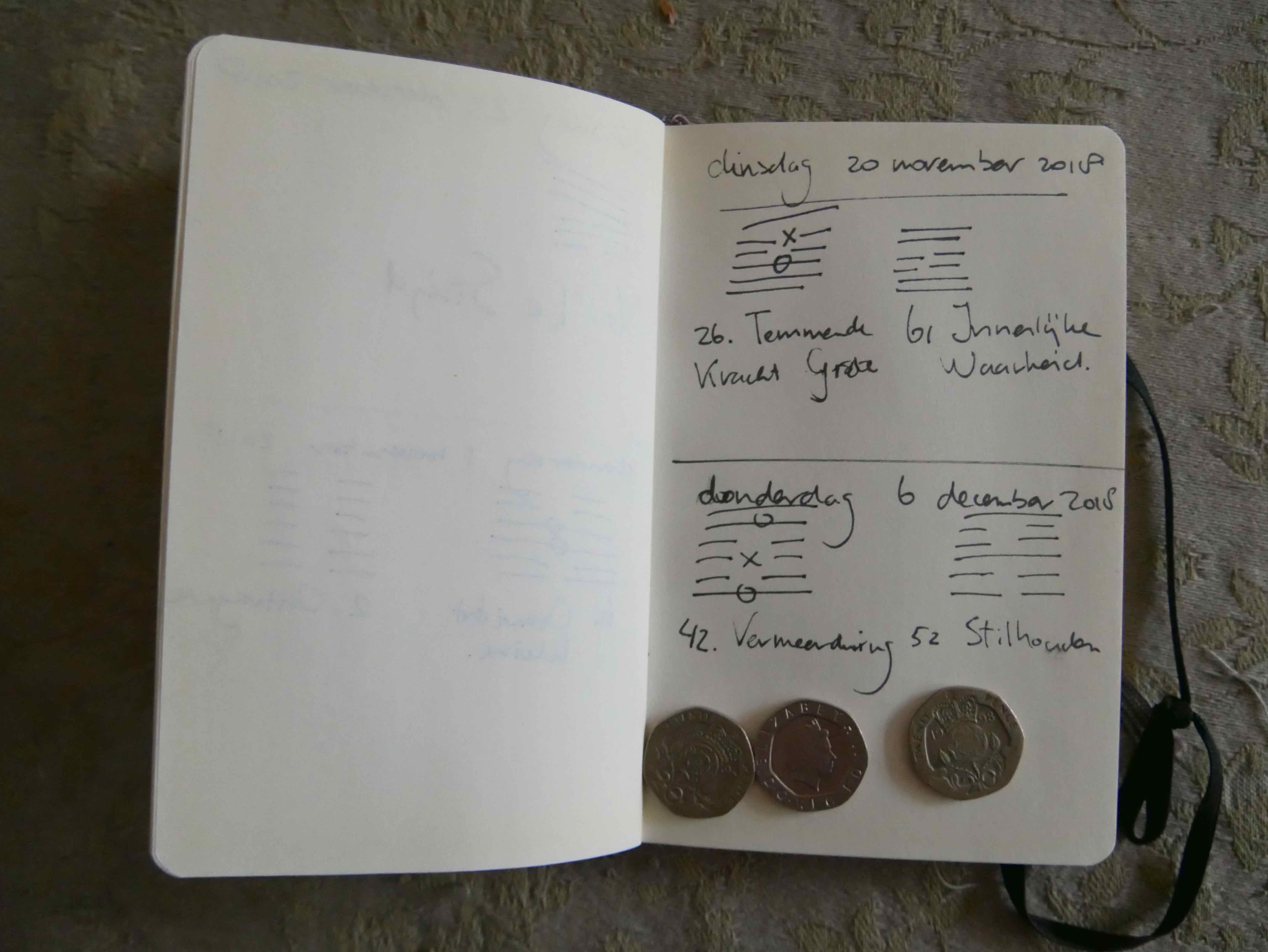 Nine at the beginning means:
It furthers one to accomplish great deeds.
Supreme good fortune. No blame.

If great help comes to a man from on high, this increased strength must be used to achieve something great for which he might otherwise never have found energy, or readiness to take responsibility. Great good fortune is produced by selflessness, and in bringing about great good fortune, he remains free of reproach.

Six in the third place means:
One is enriched through unfortunate events.
No blame, if you are sincere
And walk in the middle,
And report with a seal to the prince.

A time of blessing and enrichment has such powerful effects that even events ordinarily unfortunate must turn out to the advantage of those affected by them. These persons become free of error, and by acting in harmony with truth they gain such inner authority that they exert influence as if sanctioned by the letter and seal.

° Nine in the fifth place means:
If in truth you have a kind heart, ask not.
Supreme good fortune.
Truly, kindness will be recognized as your virtue.

True kindness does not count upon nor ask about merit and gratitude but acts from inner necessity. And such a truly kind heart finds itself rewarded in being recognized, and thus the beneficent influence will spread unhindered.

The image of this hexagram is the mountain, the youngest son of heaven and earth. The male principle is at the top because it strives upward by nature; the female principle is below, since the direction of its movement has come to its normal end.
In its application to man, the hexagram turns upon the problem of achieving a quiet heart. It is very difficult to bring quiet to the heart. While Buddhism strives for rest through an ebbing away of all movement in nirvana, the Book of Changes holds that rest is merely a state of polarity that always posits movement as its complement. Possibly the words of the text embody directions for the practice of yoga.

True quiet means keeping still when the time has come to keep still, and going forward when the time has come to go forward. In this way rest and movement are in agreement with the demands of the time, and thus there is light in life.
The hexagram signifies the end and the beginning of all movement. The back is named because in the back are located all the nerve fibers that mediate movement. If the movement of these spinal nerves is brought to a standstill, the ego, with its restlessness, disappears as it were. When a man has thus become calm, he may turn to the outside world. He no longer sees in it the struggle and tumult of individual beings, and therefore he has that true peace of mind which is needed for understanding the great laws of the universe and for acting in harmony with them. Whoever acts from these deep levels makes no mistakes.