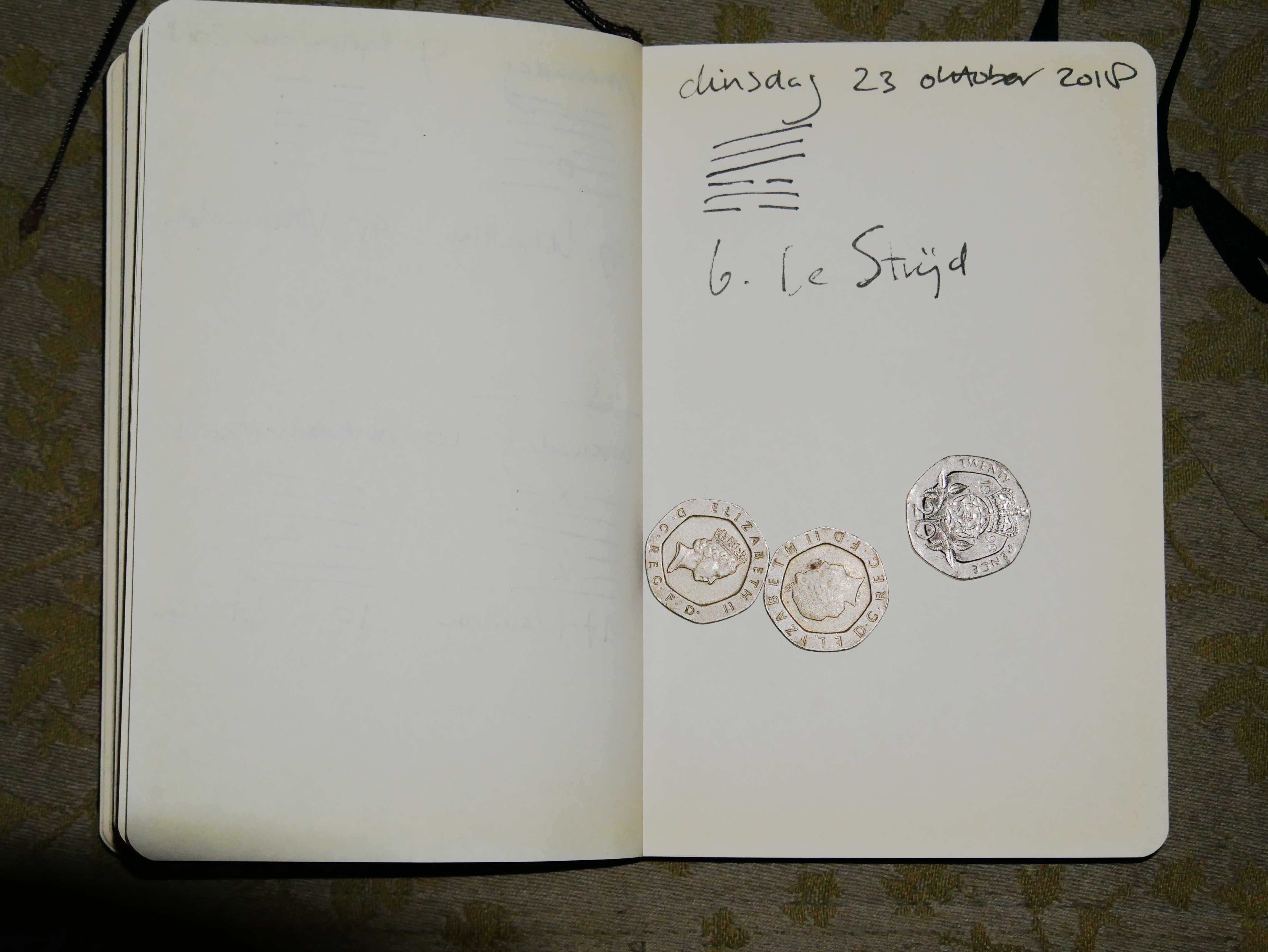 above CH’IEN THE CREATIVE, HEAVEN
below K’AN THE ABYSMAL, WATER

The upper trigram, whose image is heaven, has an upward movement; the lower trigram, water, in accordance with its nature tends downward. Thus the two halves move away from each other, giving rise to the idea of conflict.
The attribute of the Creative is strength, that of the Abysmal is danger, guile. Where cunning has force before it, there is conflict.
A third indication of conflict, in terms of character, is presented by the combination of deep cunning within and fixed determination outwardly. A person of this character will certainly be quarrelsome.

CONFLICT. You are sincere
And are being obstructed.
A cautious halt halfway brings good fortune.
Going through to the end brings misfortune.
It furthers one to see the great man.
It does not further one to cross the great water.

Conflict develops when one feels himself to be in the right and runs into opposition. If one is not convinced of being in the right, opposition leads to craftiness or high-handed encroachment but not to open conflict.
If a man is entangled in a conflict, his only salvation lies in being so clear-headed and inwardly strong that he is always ready to come to terms by meeting the opponent halfway. To carry one the conflict to the bitter end has evil effects even when one is the right, because the enmity is then perpetuated. It is important to see the great man, that is, an impartial man whose authority is great enough to terminate the conflict amicably or assure a just decision. In times of strife, crossing the great water is to be avoided, that is, dangerous enterprises are not to be begun, because in order to be successful they require concerted unity of focus. Conflict within weakens the power to conquer danger without.

Heaven and water go their opposite ways:
The image of CONFLICT.
Thus in all his transactions the superior man
Carefully considers the beginning.

The image indicates that the causes of conflict are latent in the opposing tendencies of the two trig rams. Once these opposing tendencies appear, conflict is inevitable. To avoid it, therefore, everything must be taken carefully into consideration in the very beginning. If rights and duties are exactly defined, or if, in a group, the spiritual trends of the individuals harmonize, the cause of conflict is removed in advance.