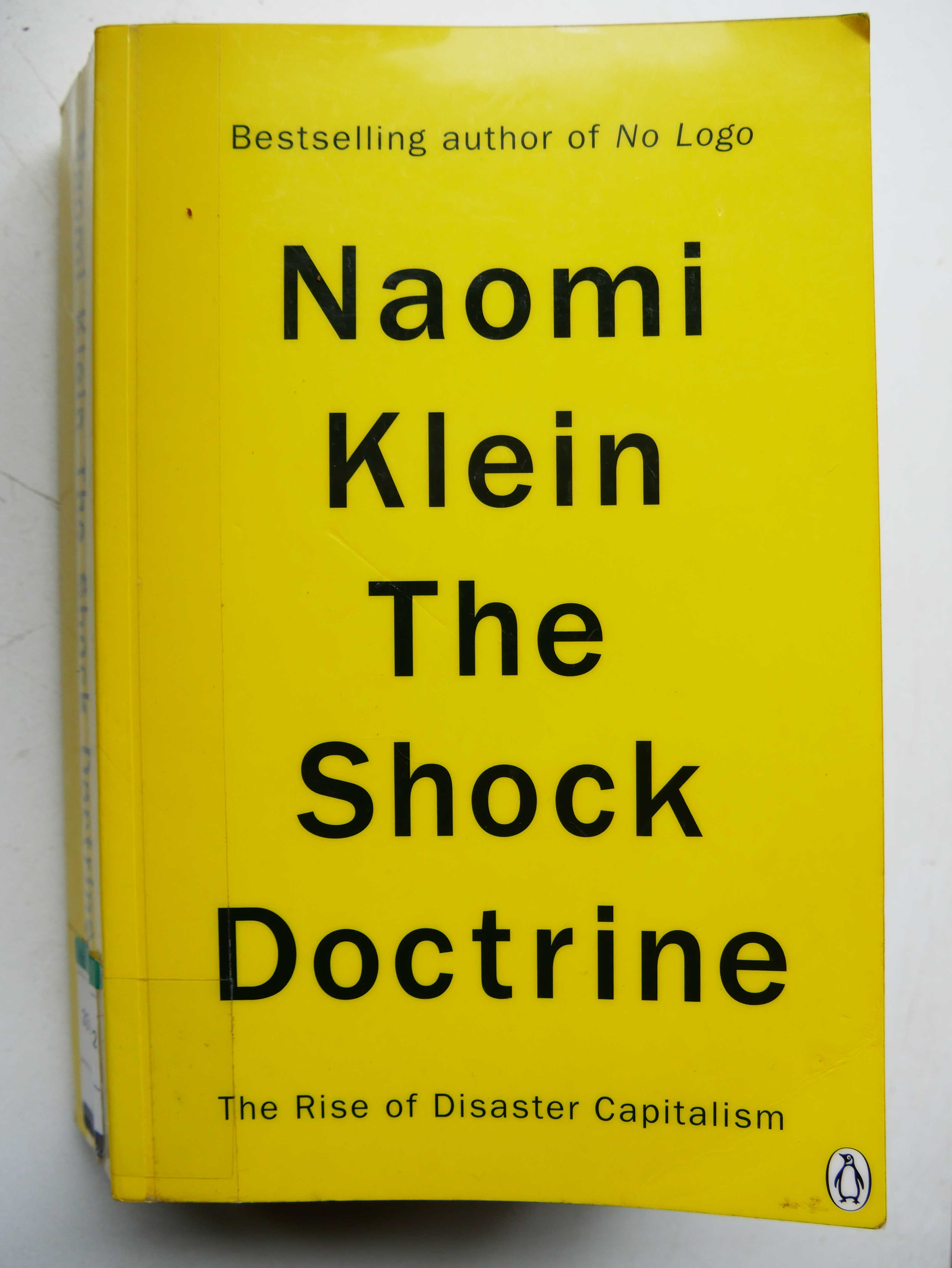 The past few weeks i am reading the book The Shock Doctrine written by Naomi Klein.

Some things written about by this book i have known about. I remember the football world cup in Argentien in 1978. Neerlands Hoop was against the Dutch football team joining this world cup as the regime then in Argentine was a totalitarian one. I knew about the Chili coup. And then of course the Berlin wall, the fall of the Soviet Union empire, the Iraq war. But these were all separate events to me, not linked to each other.

I am not sure about the general story in this book. But still, it gives me so much to think about, so many things to question, not take for granted. I am happy reading this book right now. It gives me plenty of new areas to explore. Naomi Klein’s other books first of all.

Central to the book’s thesis is the contention that those who wish to implement unpopular free market policies now routinely do so by taking advantage of certain features of the aftermath of major disasters, be they economic, political, military or natural. The suggestion is that when a society experiences a major ‘shock’ there is a widespread desire for a rapid and decisive response to correct the situation; this desire for bold and immediate action provides an opportunity for unscrupulous actors to implement policies which go far beyond a legitimate response to disaster. The book suggests that when the rush to act means the specifics of a response will go unscrutinized, that is the moment when unpopular and unrelated policies will intentionally be rushed into effect. The book appears to claim that these shocks are in some cases intentionally encouraged or even manufactured.

Articles about The Shock Doctrine