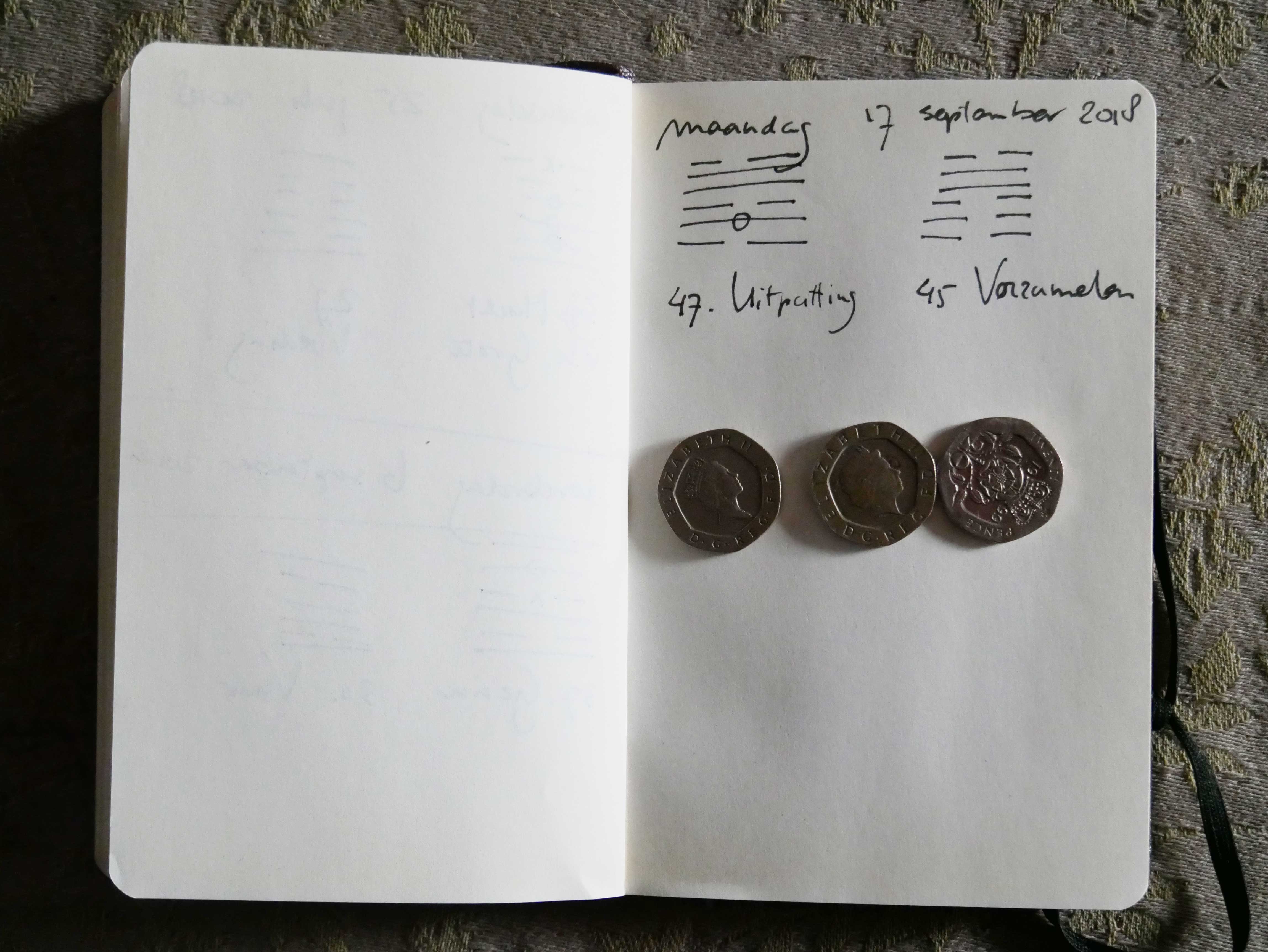 above TUI THE JOYOUS, LAKE
below K’AN THE ABYSMAL, WATER

The lake is above, water below; the lake is empty, dried up. Exhaustion is expressed in yet another way: at the top, a dark line is holding down two light line; below, a light line is hemmed in between two dark ones. The upper trigram belongs to the principle of darkness, the lower to the principle of light. Thus everywhere superior men are oppressed and held in restraint by inferior men.

OPPRESSION. Success. Perseverance.
The great man brings about good fortune.
No blame.
When one has something to say,
It is not believed.

Times of adversity are the reverse of times of success, but they can lead to success if they; befall the right man. When a strong man meets with adversity, he remains cheerful despite all danger, and this cheerfulness is the source of later successes; it is that stability which is stronger than fate. He who lets his spirit be broken by exhaustion certainly has no success. But if adversity only bends a man, it creates in him a power to react that is bound in time to manifest itself. No inferior man is capable of this. Only the great man brings about goof fortune and remains blameless. It is true that for the time being outward influence is denied him, because his words have no effect. Therefore in times of adversity it is important to be strong within and sparing of words.

There is not water in the lake:
The image of EXHAUSTION.
Thus the superior man stakes his life
On following his will.

When the water has flowed out below, the lake must dry up and become exhausted. That is fate. This symbolizes an adverse fate in human life. In such times there is nothing a man can do but acquiesce in his fate and remain true to himself. This concerns the deepest stratum of his being, for this alone is superior to all external fate.

° Nine in the second place means:
One is oppressed while at meat and drink.
The man with the scarlet knee bands is just coming.
It furthers one to offer sacrifice.
To set forth brings misfortune.
No blame.

This pictures a state of inner oppression. Externally, all is well, one has meat and drink. But one is exhausted by the commonplaces of life, and there seems to be no way of escape. Then help comes from a high place. A prince – in ancient China princes wore scarlet knee bands – is in search of able helpers. But there are still obstructions to be overcome. Therefore it is important to meet these obstructions in the visible realm by offerings and prayer. To set forth without being prepared would be disastrous, though not morally wrong. Here a disagreeable situation must be overcome by patience of spirit.