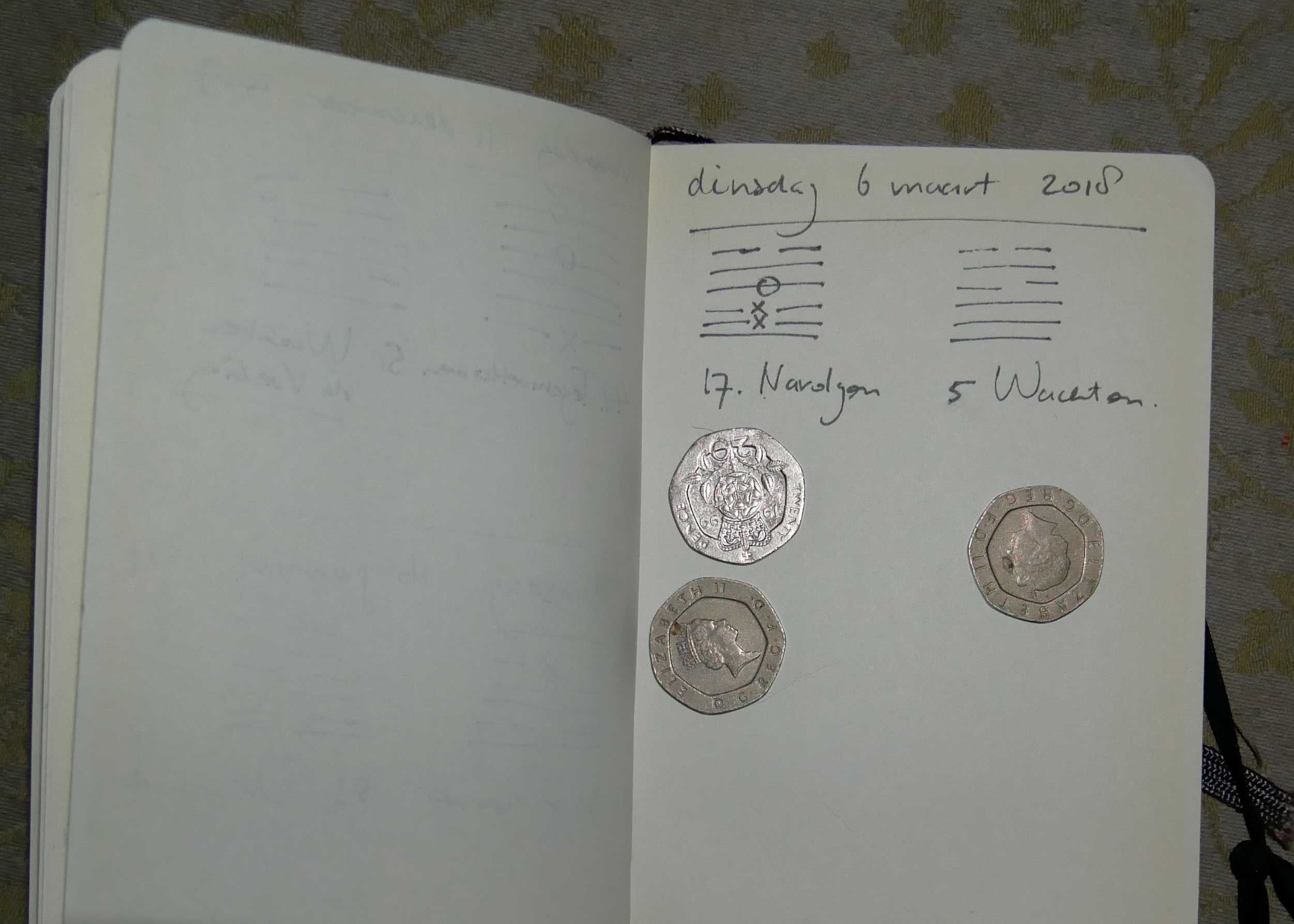 Six in the third place means:
If one clings to the strong man,
One loses the little boy.
Through following one finds what one seeks.
It furthers one to remain persevering.

When the right connection with distinguished people has been found, a certain loss naturally ensues. A man must part company with the inferior and superficial. But in his heart he will feel satisfied, because he seeks and needs for the development of his personality. The important thing is to remain firm. He must know what he wants and not be led astray by momentary inclinations.

Nine in the fourth place means:
Following creates success.
Perseverance brings misfortune.
To go one’s way with sincerity brings clarity.
How could there be blame in this?

It often happens, when a man exerts a certain amount of influence, that he obtains a following by condescension toward inferiors. But the people who attach themselves to him are not honest in their intentions. They seek personal advantage and try to make themselves indispensable through flattery and subservience. If one becomes accustomed to such satellites and cannot do without them, it brings misfortune. Only when a man is completely free from his ego, and intent, by conviction, upon what is right and essential, does he acquire the clarity that enables him to see through such people, and become free of blame.