Last night, between Sunday and Monday, i hardly slept. I was in bed, tossing and turning. Around four i turned on the light and read a little. For fifteen minutes or so. To try to sleep after that. I did fall asleep eventually. To wake up really late. Of course. I got out of bed around ten in the morning. Still feeling tired.

I made my oatmeal porridge. Yum! Like i do each day, for the past couple of months. I turned on my computer and checked my e-mail. Played a little warcraft. Some questing, in Nagrand, with my level 65 death knight. For around half an hour or so. Then i took a shower. Washed my hair. Felt good. I don’t shower that much. Once a week usually. A bit later now. My hair was getting a bit greasy. And i started to feel my skin. Not especially dirty, but i could feel it sliding differently. So yes, clean and smelling fresh once again!

Listening to music after that. Singing along with some tracks. Daydreaming away. So clear. So much… here. And still, i’m still feeling that i shouldn’t go and look for work. I still feel i am doing the right thing. Working in the garden. Staring to play chess in the library. Talking with people. It is good. Good! Not really knowing how this will work out, but i know, deep down, i know for sure it will turn out right. I do trust myself. Completely.

Around two i did a quick blow dry of my bangs. I usually do this once i washed my hair. It’ll stay good for around thirty minutes. But i do like to do it. Then i went out. First i brought a package with my tv reception machine for KPN to the post counter in the supermarket. Since i have canceled my television subscription, i got this brown carton box from KPN to send it back. I do still watch television, but on my iPad or computer.

Then i went to the library. I did watch the end of a chess game before going to look for new books. Some people i know were sitting around the chess board.

Then i turned in the book i finished last night. I went up to the third floor, to the English section. Walked past the cupboards, looked for books by Philip K. Dick, but didn’t see any. Then i thought of the books written by Robert Jordan, the Wheel of Time series. I do have twelve books of that series myself. There were a couple more, and yay! i found them. Number thirteen Towers of Midnight and fourteen A Memory of Light. These books are not my favourite books, but still, i enjoyed the first ones. The ones in the middle are a bit boring. And it is really really long. Fourteen books. Pffff. Still, i am looking forward to reading the end part. Finally. 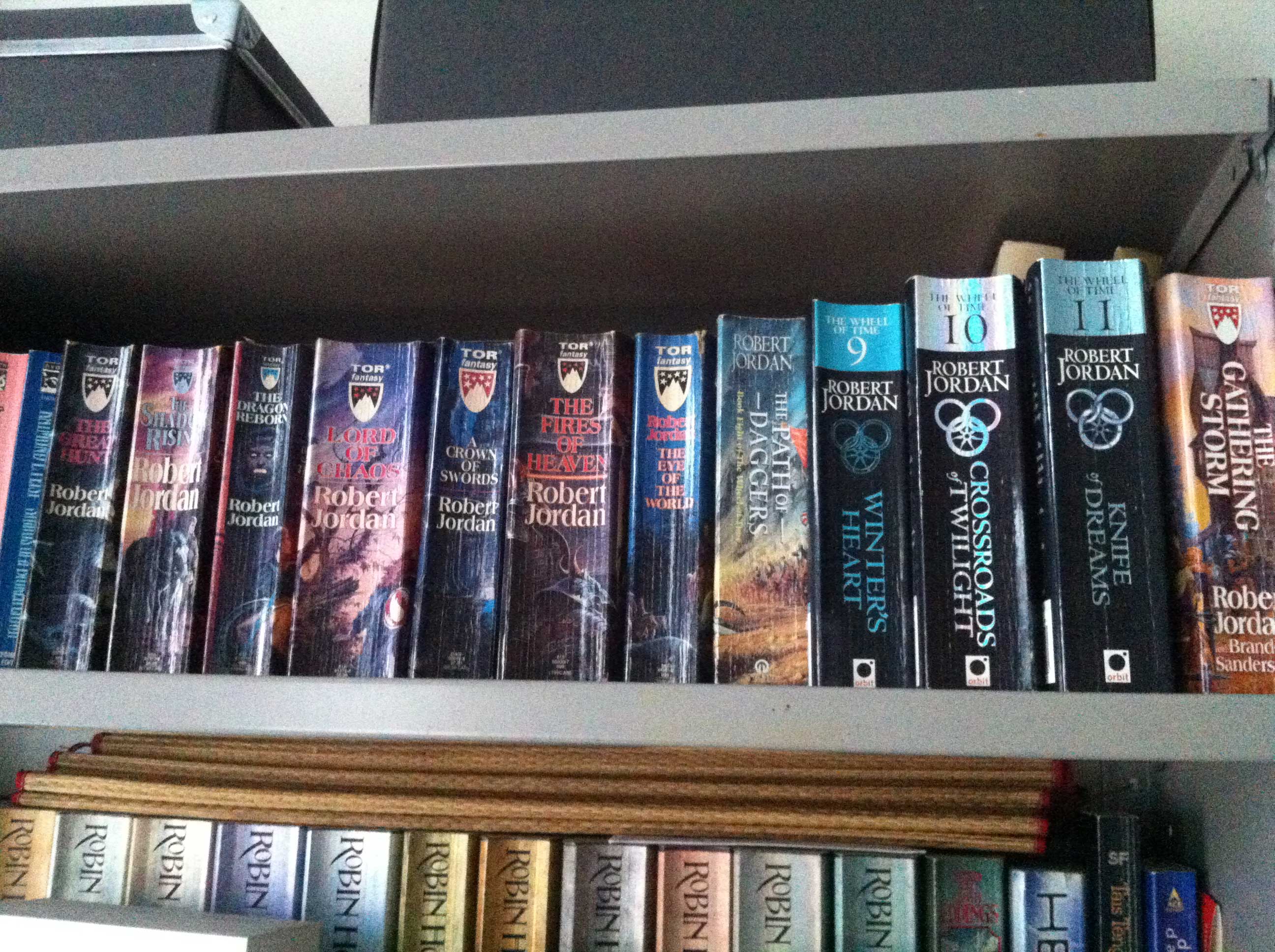 I went back to the chess game and watched another game. Not terribly exciting, i admit. Everyone plays differently. Defending. Attacking. Going for the small pawns, medium pieces. Or go straight to the king. Put pressure. Fight. Or not. Withdraw. Make a better set up for another attack. So many different variations. I like it. But i still have to learn so many things. Analyzing. Thinking more steps forward. It is good i found the courage to play chess with other people. Happy. So happy with that.

A quick run through the supermarket. Then home. And yes, i’m still a bit tired. It’s five o’clock. I lie on the couch for a bit. Read a little. But my eyes close after a while. I almost doze off. Almost.

Around six i get up and start making a salad for dinner. Kale, green beans, spring onions, feta, bacon. Nice.

And now i’m sitting here, behind my computer. Typing this piece. A report of this day. Not a very special day. But also, a very special day. With special moments. So many special moments i don’t even talk about here. The smile i feel when i walk outside. Looking at other people. The joy when somebody looks back and smiles back. Small things. But still, important. In this small area in Rotterdam i live in.

I’m gonna add the photos to this post. And then it is time to go to bed. It is still early, but i don’t mind. I like to read in bed, watch some youtube clips. Anything.

Hopefully i sleep a bit more this night. I do feel tired. But that is no promise.

To you, when you read this tomorrow morning, i hope you will enjoy your day. Filled with work, family, friends, shopping, little talks, maybe big talks too!