Gilbert & George were already very prolific when i went to art school, in 1986. I became a fan. I must have seen their work on the trip to Berlin, Germany in the first year. Mönchengladbach, Düsselforf, Keulen, Berlin. Not sure this was right for this trip, but these names have stuck in my mind. There was a great museum park with small buildings and sculptures and the most wonderful lunch you can imagine. I searched for it just yet, but it is hard to find. There was also a place in Düsseldorf, the musea in Cologne and then of course the musea in Berlin. Still divided in two. One day we did go to East Berlin, through Checkpoint Charlie. There was a restaurant where we had a bite to eat, with more than half closed of. It was a different world. A different time.

But, i’m sure there were some of Gilbert & George‘s works hanging around. In 1989 i wrote something about them. It doesn’t say for which section this was. Most likely it was for art history. The only section for which we had to write something. 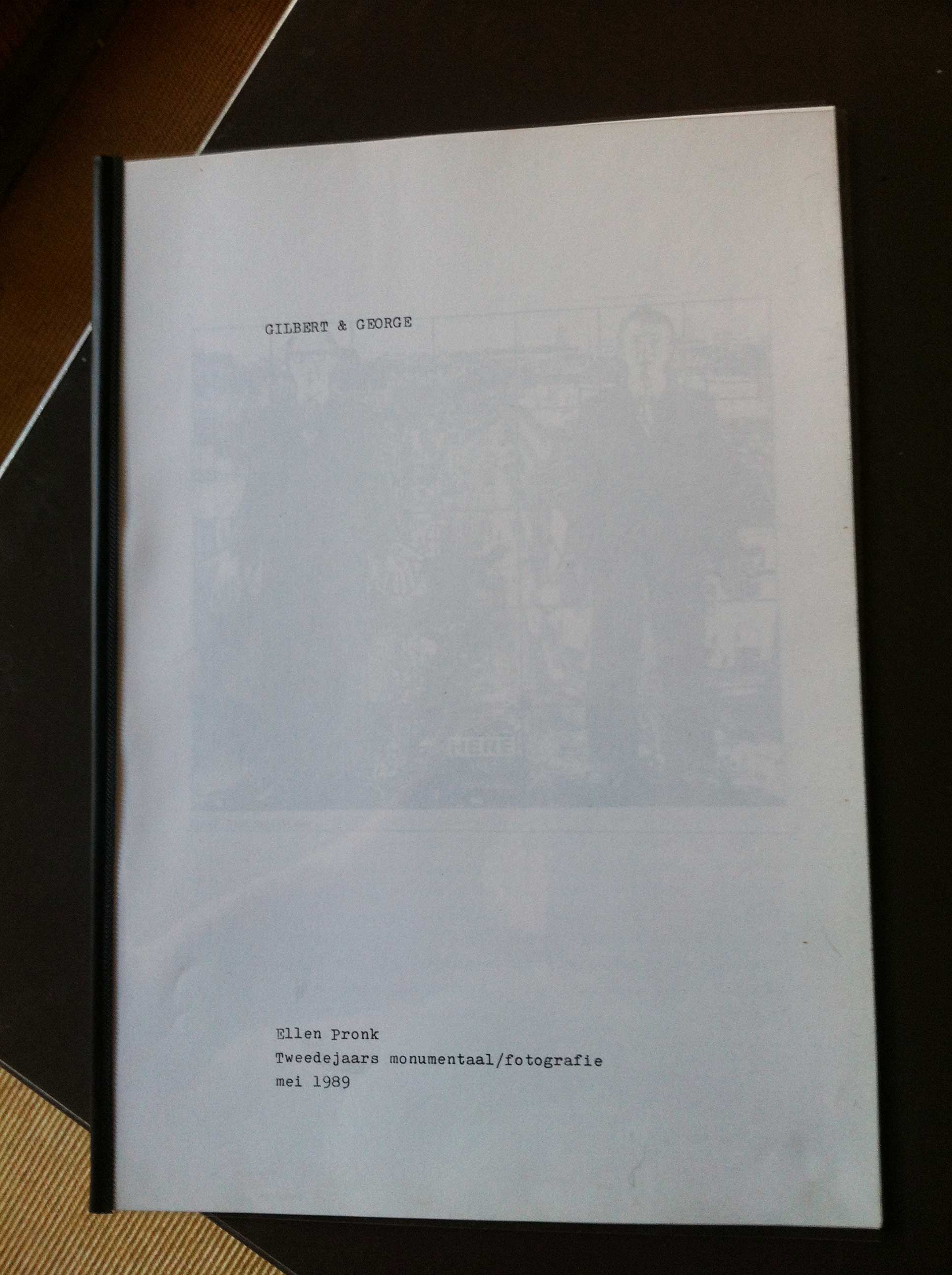 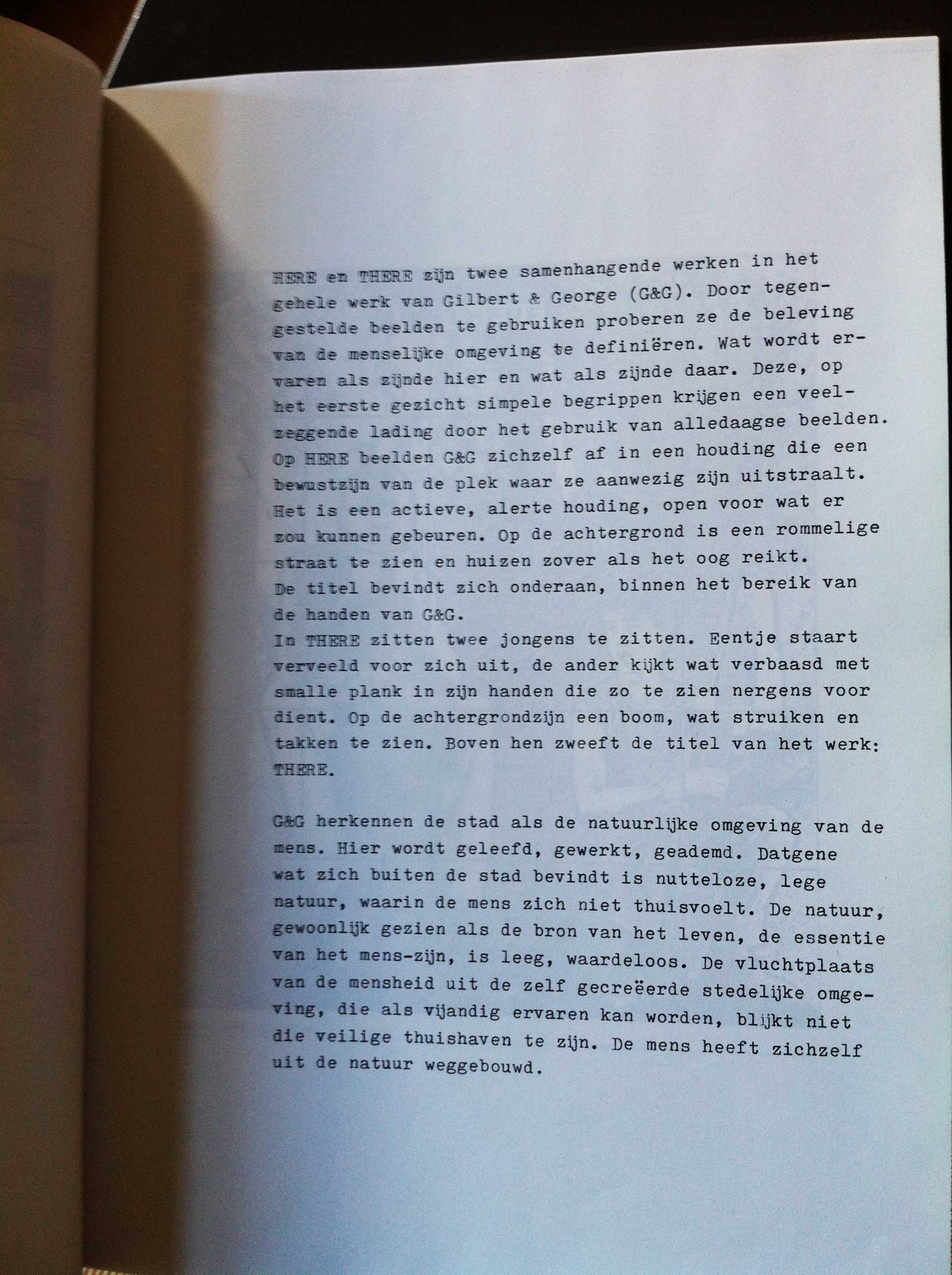 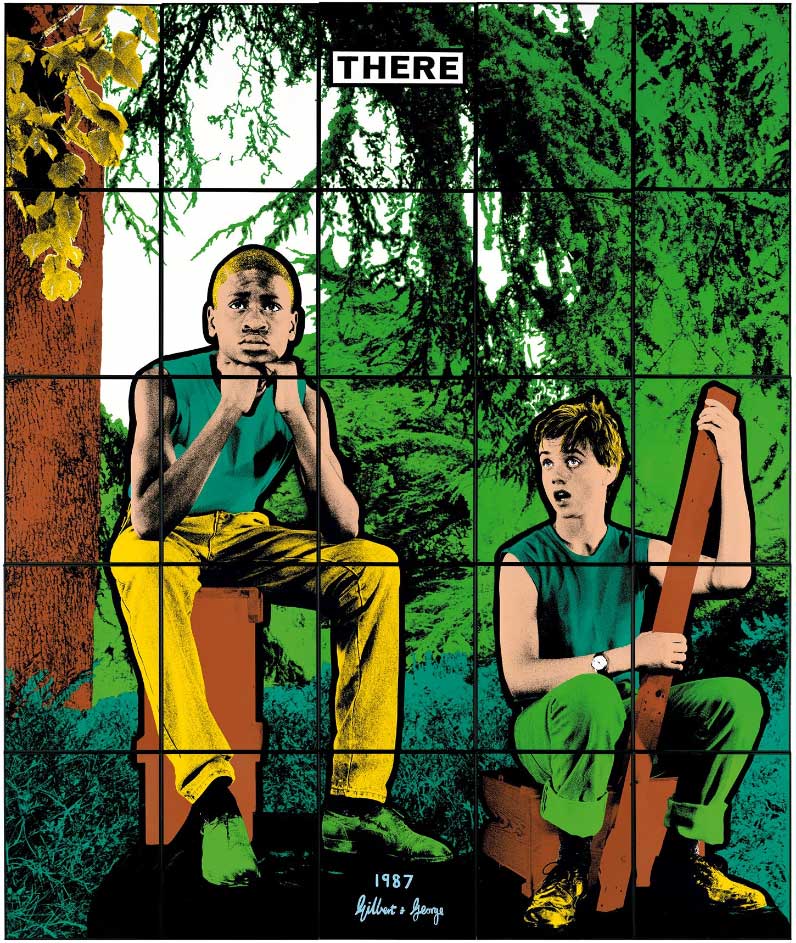 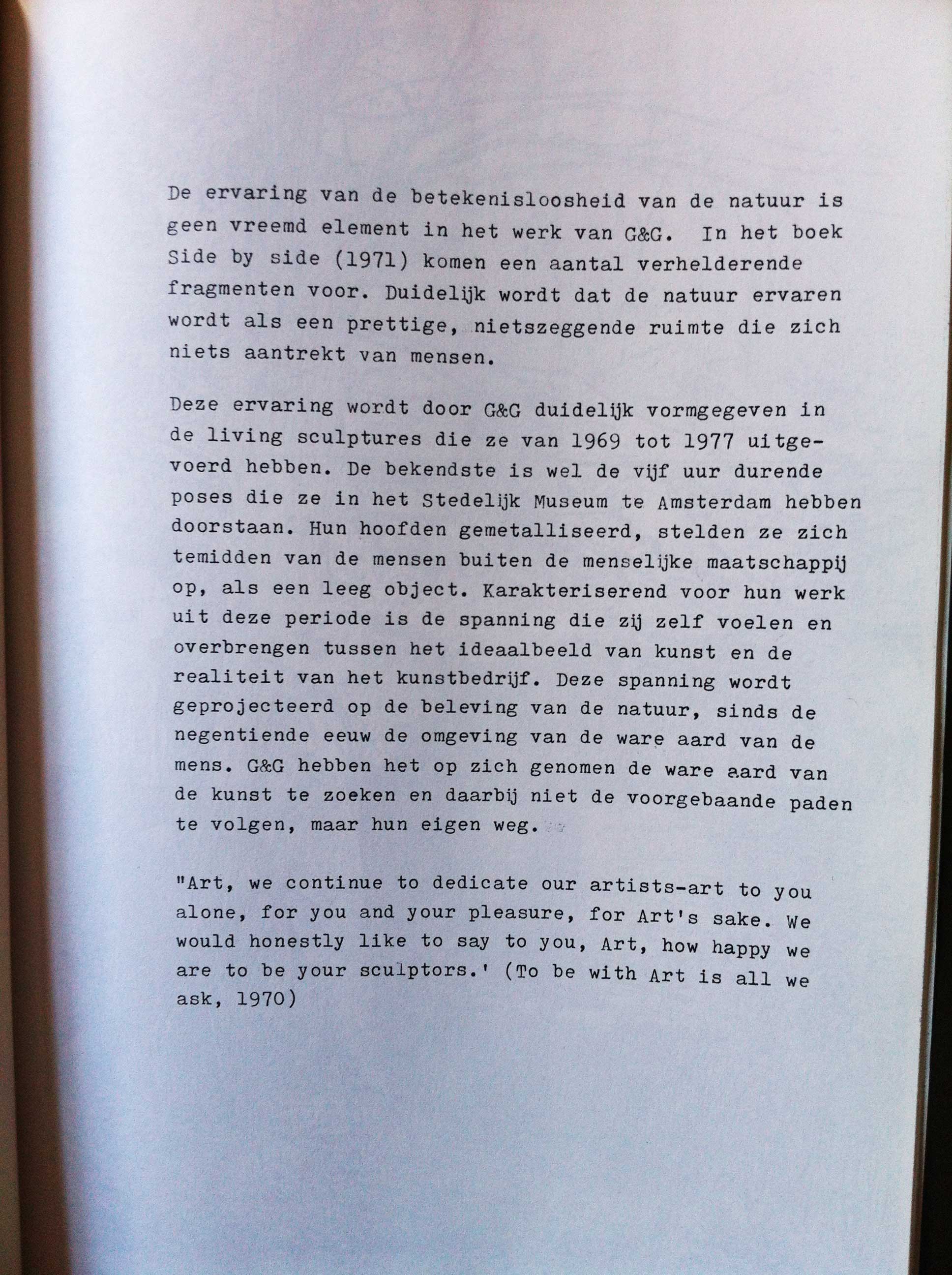 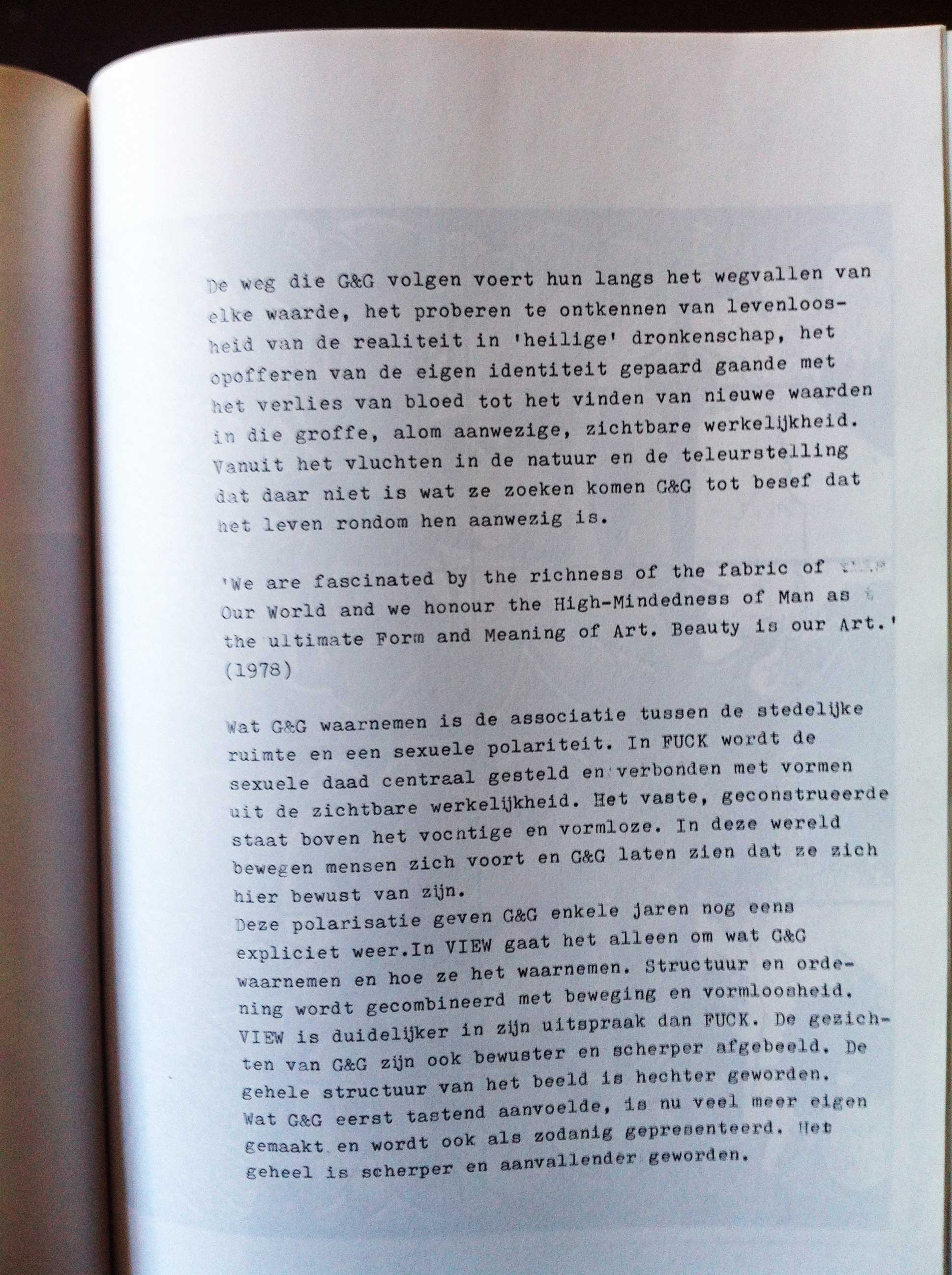 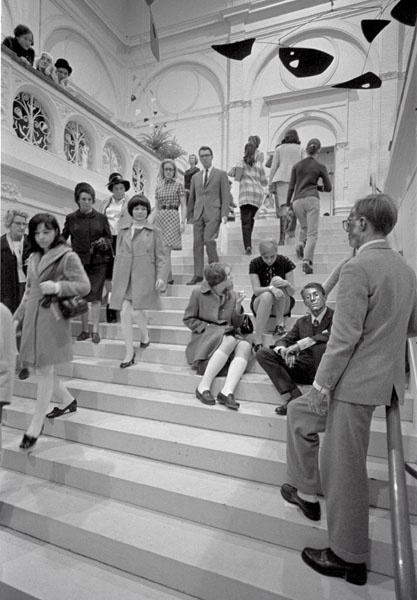 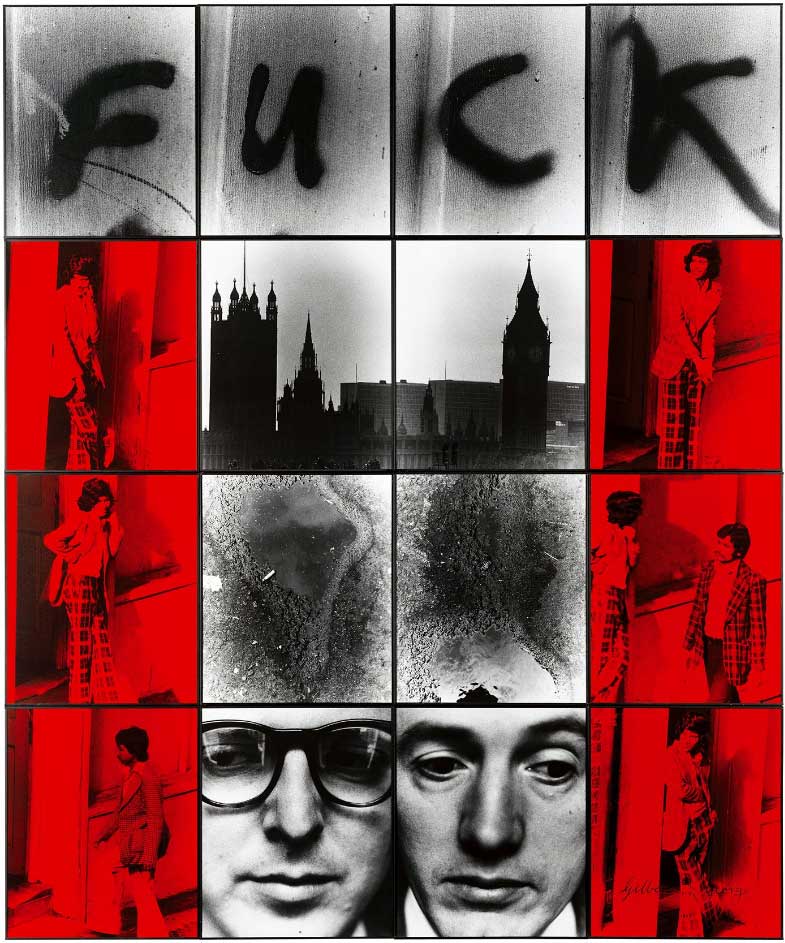 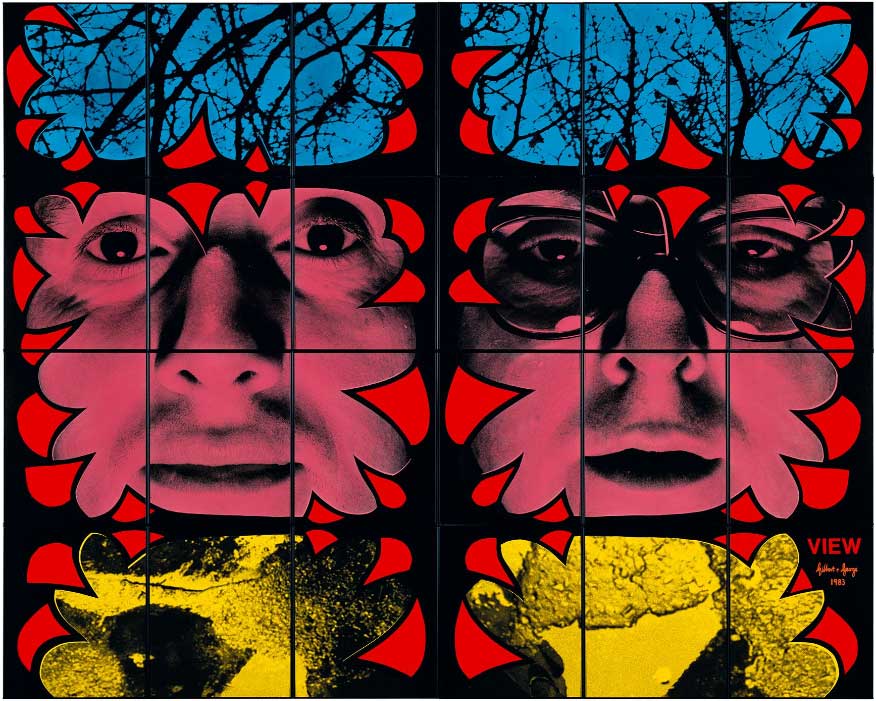 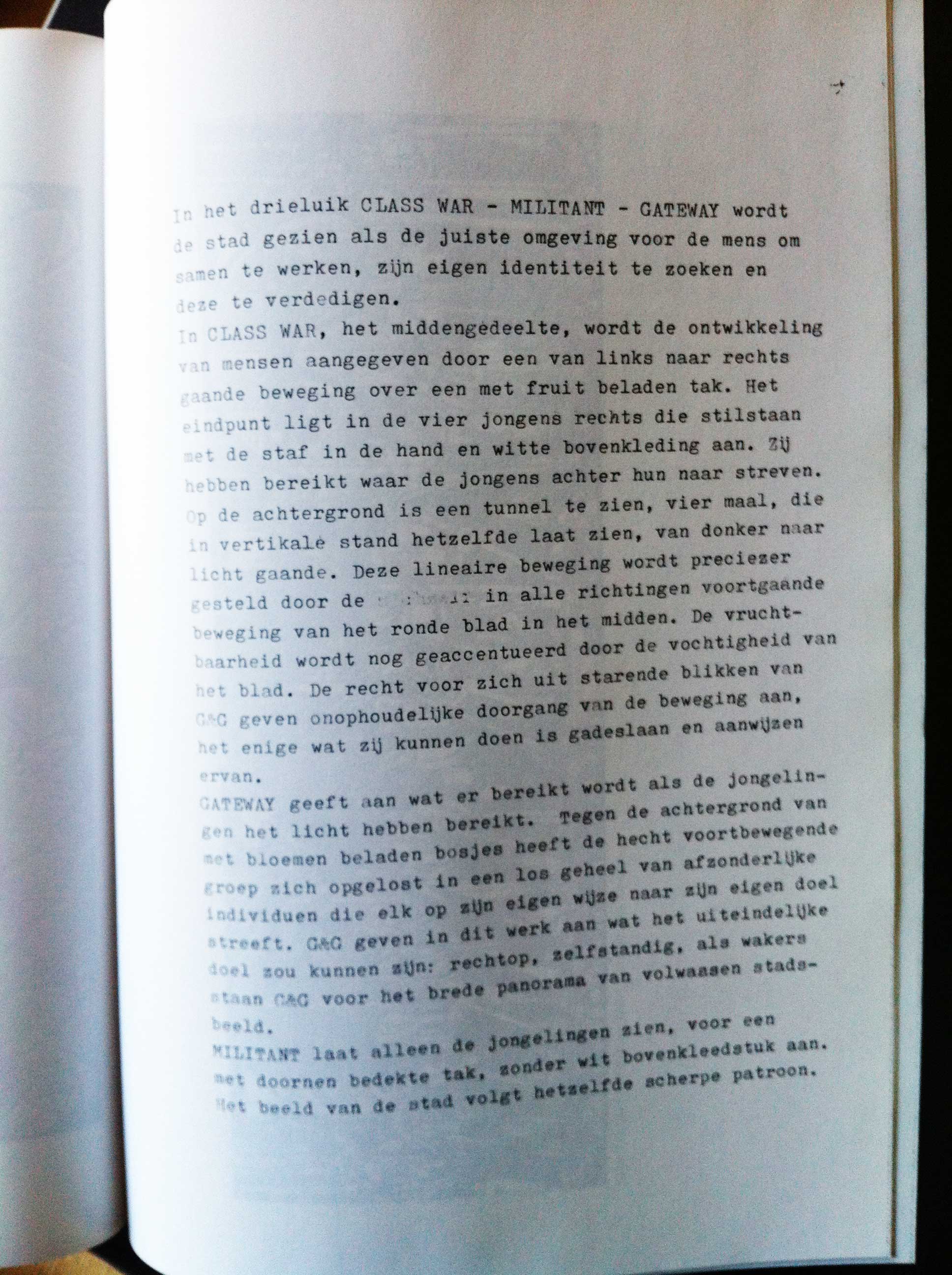 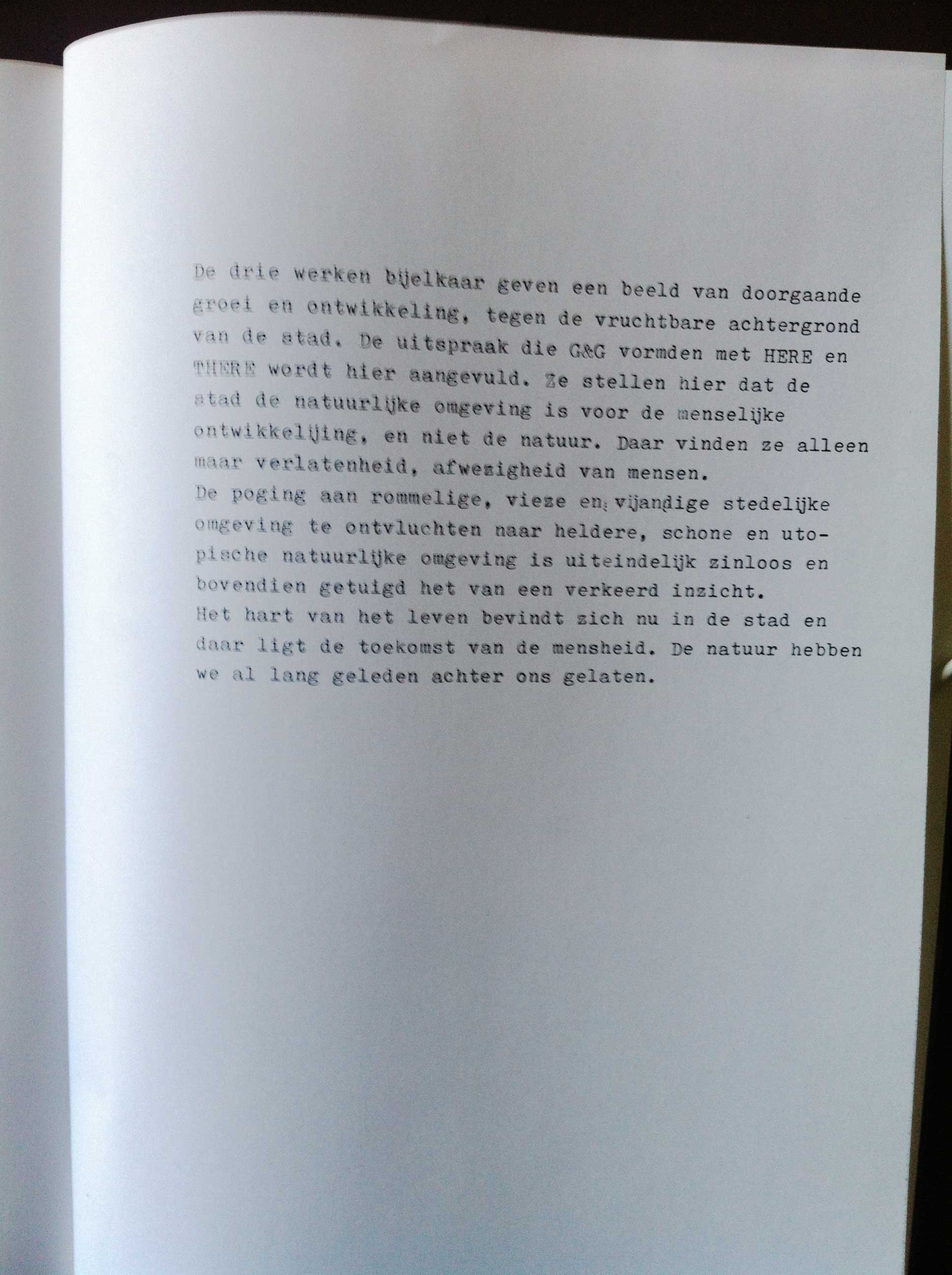 After i finished school, when i went to work. I left art behind me. It was a world in which i wasn’t that interested anymore. I guess. Even when i started working on the internet, i wasn’t thinking about art, wasn’t reading that many books about it. So when i moved to London and lived there for around seven months, i didn’t realize i lived so close to Gilbert & George. I do remember one time, when i was sitting in a pub in Spitalfields Market, that they walked past. Someone one pointed them out. And i did see them, walking by.

I will write more about Gilbert & George. This post is about my memories, about something i wrote, about where i lived when i stayed in London. The next piece will be about their work.