Alberto Giacometti – 10 October 1901 – 11 January 1966 – is one of the artists i knew before i went to art school. I went to La Grande Parade, the goodbye exhibition of the Stedelijk Museum Amsterdam director Edy de Wilde. Giacometti’s work was part of this collection. I’m not sure i saw it clearly at the time. But it did stay with me.

A year later there was an exhibition in the Haags Gemeentemuseum in The Hague from 1 March till 12 May 1986. I still see images in my head of walking through these exhibition. Drawings, paintings and sculpture were shown here. I bought the catalogue and read it thoroughly back home.

Over the years my admiration for Giacometti has faded. I still love his work, yes, but it doesn’t play a big part in my life. Still, a few thoughts have stayed with me. 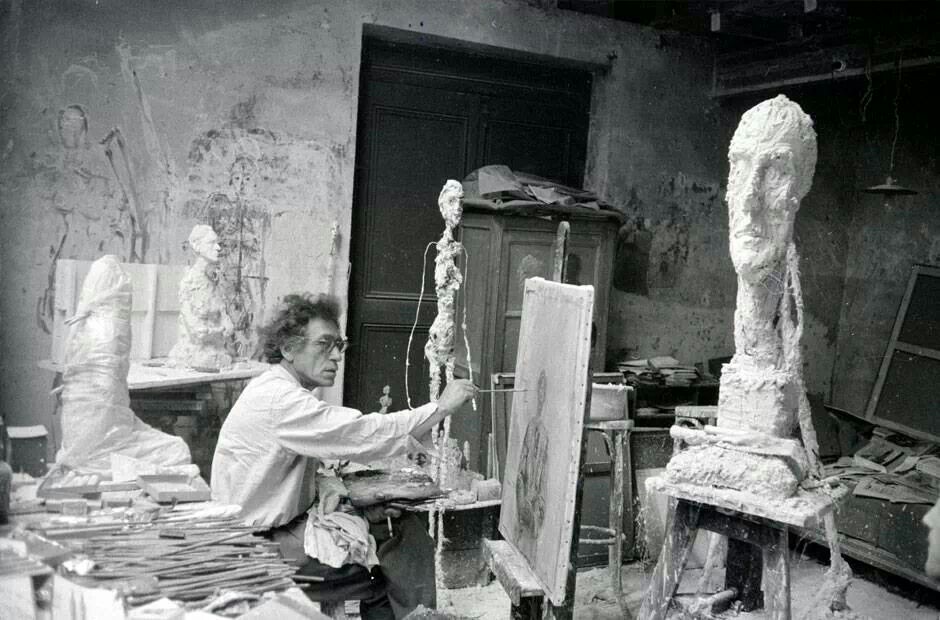 My first year in art school was fantastic. I loved working for all the different subjects taught. I initially went there with the thought i would go into graphic design, but i switched. Painting! So that was my second year. I failed horribly. I got a big zero, a big null from my painting teacher. So the next year i had to switch. Monumental and photography. Better choices. I was getting more into political oriented art, current affairs art. I liked Gilbert & George, Jeff Koons, Andy Warhol. Not that i completely understood why they made their work, but still.

When i had finished art school, with a proper diploma, i had a couple of years of care of the government. Those were the easy times. One or two assignments. The organization of Sexposition with a friend from art school. But i didn’t feel comfortable in the art world. So i jumped out, in 1994, when i got the opportunity to get a proper job and earn my own living.

Giacometti by that time was far back over the horizon. My time was spend with computers. I started working on my own website in 1997. And that was it. I found my way. 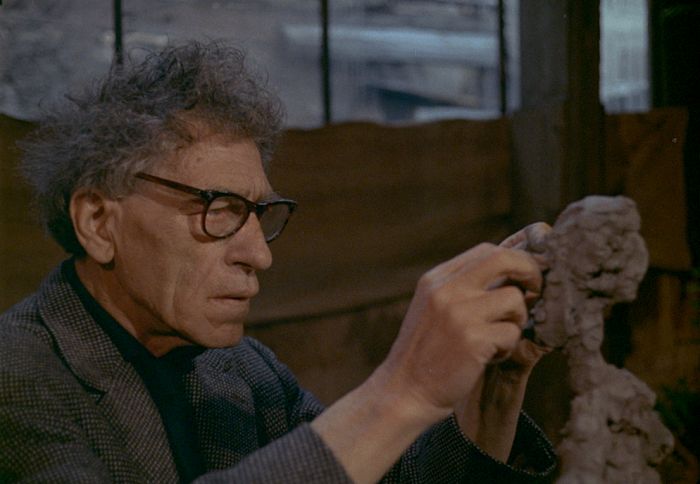 So i’m not sure why i picked Giacometti as a post last week. I have the one for Andy Warhol still standing as a draft. But that one requires more work. This one is a bit easier. I think. Not sure.

I always enjoyed his paintings more than his sculpture. Even though he is more well known for his sculpture. Maybe because it seems more finished? The sculptures are rough. You can see the manual labour in them, but they still appear before your eyes as a piece complete in itself. The drawings and paintings are sketchy. Lines are not used to depict all the textures and shapes of the visible world, but to almost write a person. The drawing or painting is not a world on its own, with its two dimensional depiction. It is an active looking into this world, into the objects and subjects of it. 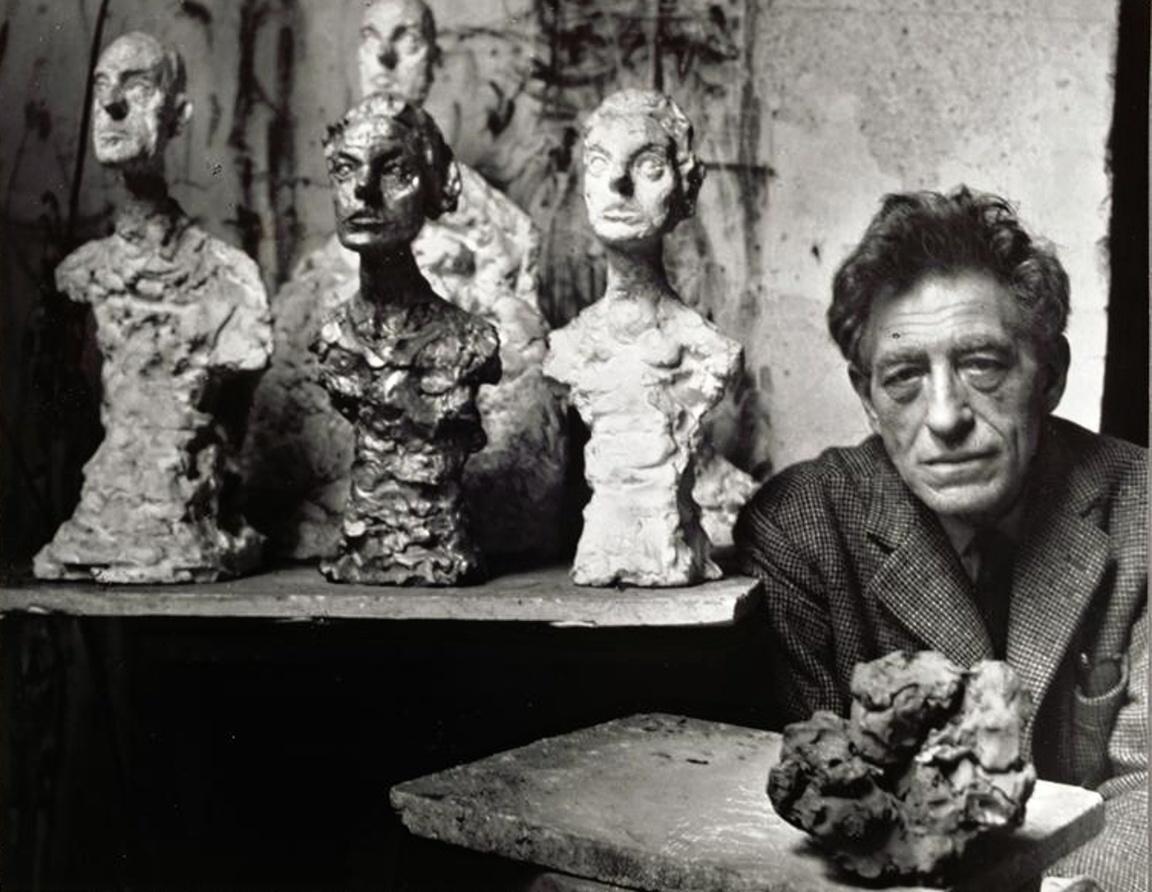 A few thoughts have stayed with me. One is that when i am old with my life mostly finished, i will return to drawing and painting. Right now, i am not sure about this. I don’t know if this is still a true thought. I don’t know what i’ll be doing once i’m old. Still have a lot of life to live. I’m not planning my life all beforehand. I like some surprises!

I also see in Giacometti’s work someone struggling. To make an honest portrayal of what he understand this world to be. I hope he has felt he has succeeded several times. Not that success is the one and only measure of a life and a work. The work itself, the effort put into it counts too. I should know.

In 1945, while watching a film, Giacometti reports an equally important influence that prompted not only a change in his perception, but also made him “want to try to represent what [he] saw.”34 As he watched a film in a Parisian movie theatre, instead of recognizing the forms and shapes on the screen, he saw “only black and white specks shifting on a flat surface.35 The film, he realized, was only an imitation of three-dimensionality.36 When he turned to other members of the audience, he saw the same two-dimensionality, realizing that his “vision of the world had been photographic, as it had been for almost everybody, and that a photograph. . .cannot truly convey reality. His perception was totally altered, punctuated by the knowledge that until then, he had not experienced this reality. Having experienced both the photographic perception that most people possess, as well as a perceptual revelation that awakened a “truer” reality, Giacometti sought thereafter to convey his new way of viewing the world. His aesthetic was to represent his own reality.

Giacometti recognized the need to base his work in physicality, but also to convey what he came to understand as a unique visual method. His overarching goal was to find the most essential truth in the human, and to make use of outer appearances to convey that special truth. His search for truth, which he defined as the primary project of his life, was pursued through the lens of his personal vision. Except for his Surrealist period, Giacometti worked from a model, struggling to bring to the surface the inner force he felt in the human figure. He spent extended time studying his model before he attempted to paint or sculpt him or her, and was infamous for forcing even young children to remain perfectly still in order for him to feel, through his sight, their interiors. His gaze was so scrutinizing that one sitter described it as veritably tangible force, as if “Giacometti’s hands were actually touching his face.”

I picked only a few photos i found while searching the internet. Larger ones. And mostly paintings and drawings. One sculpture: a woman, standing. I like that one. 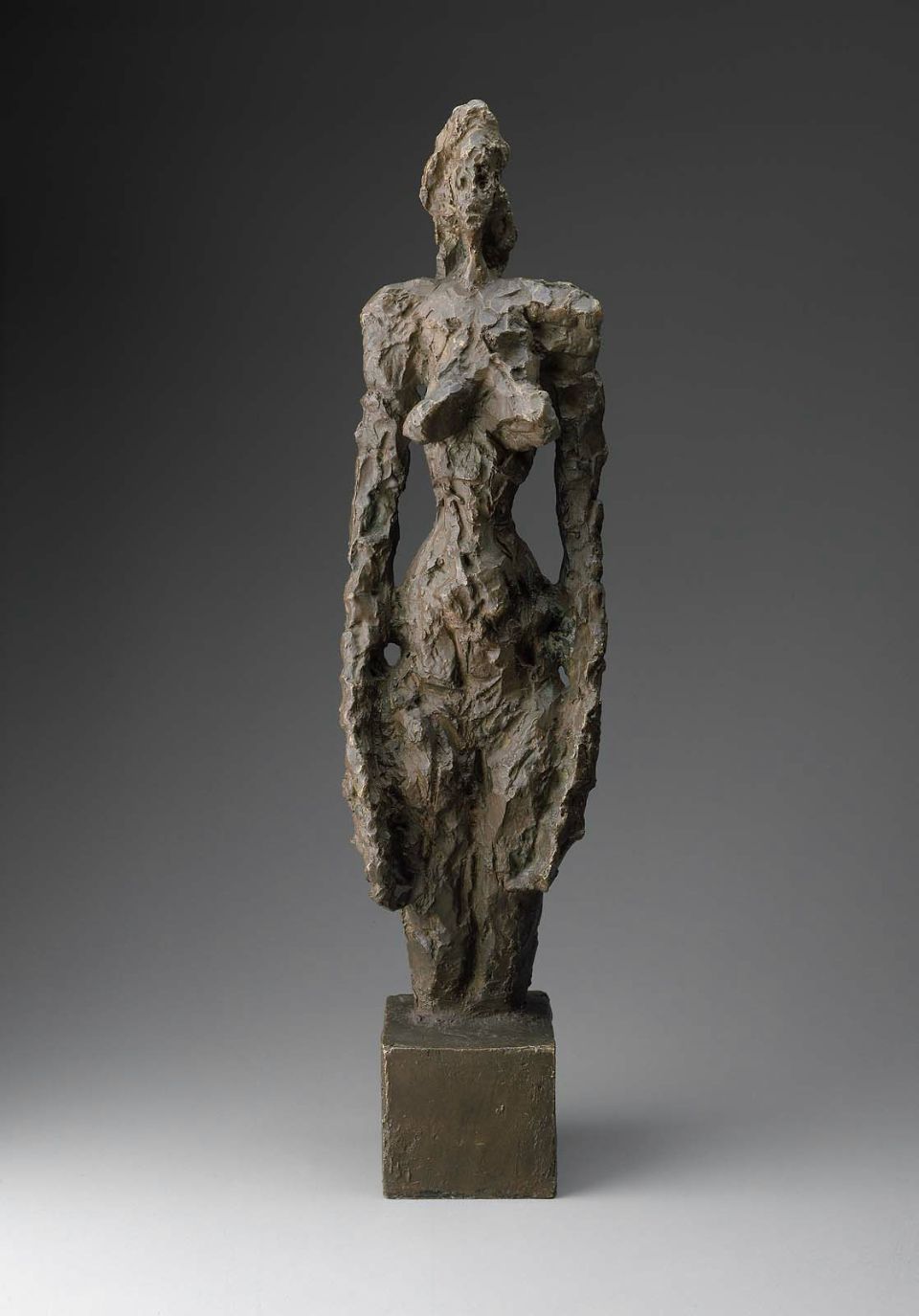 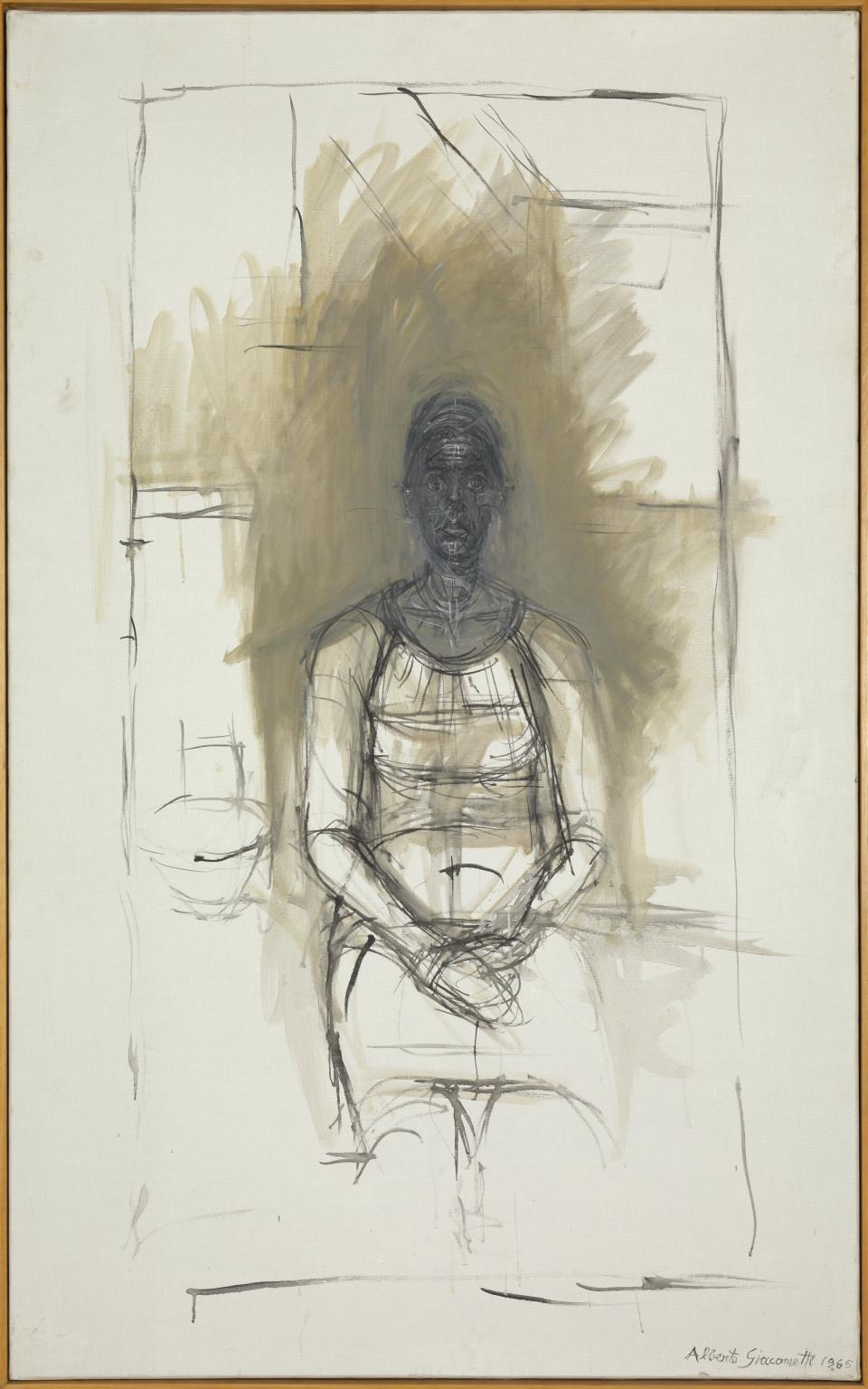 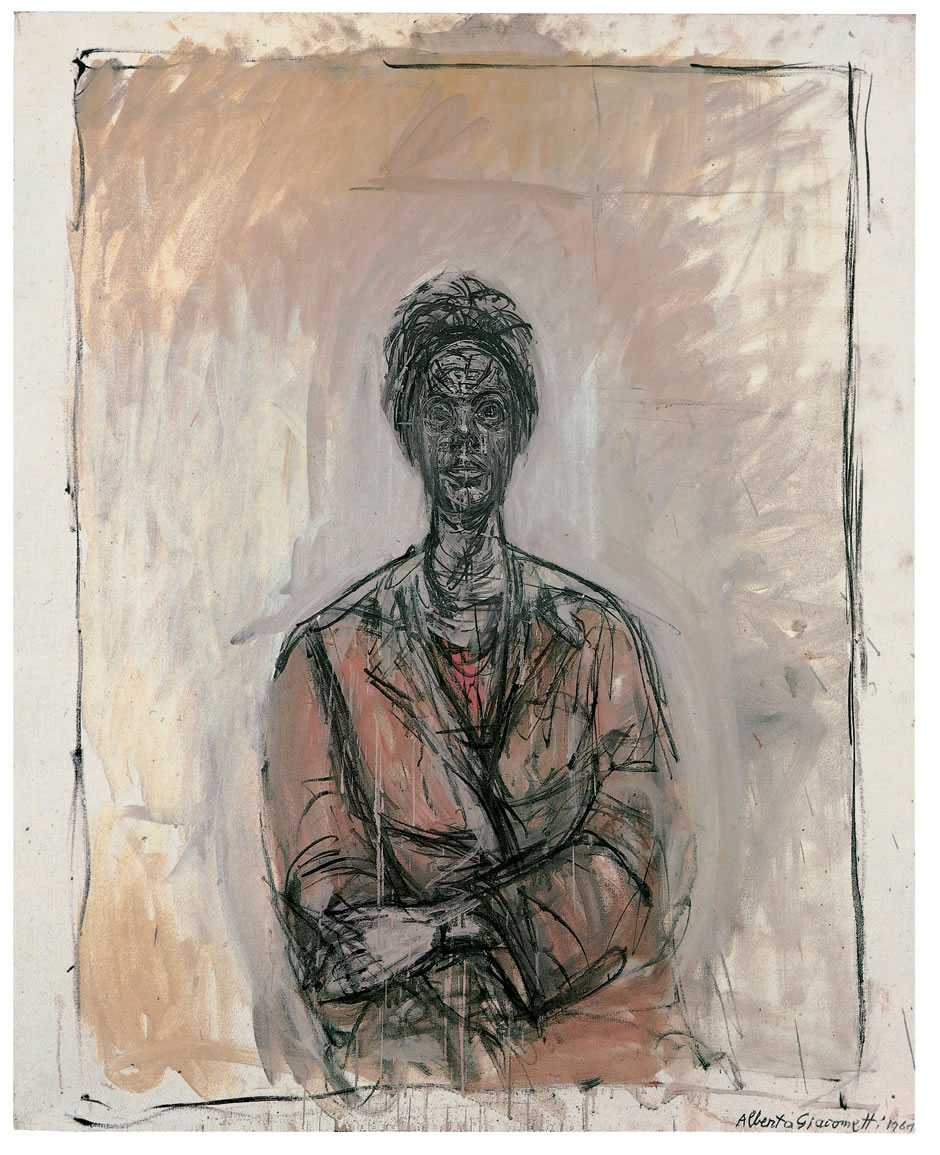 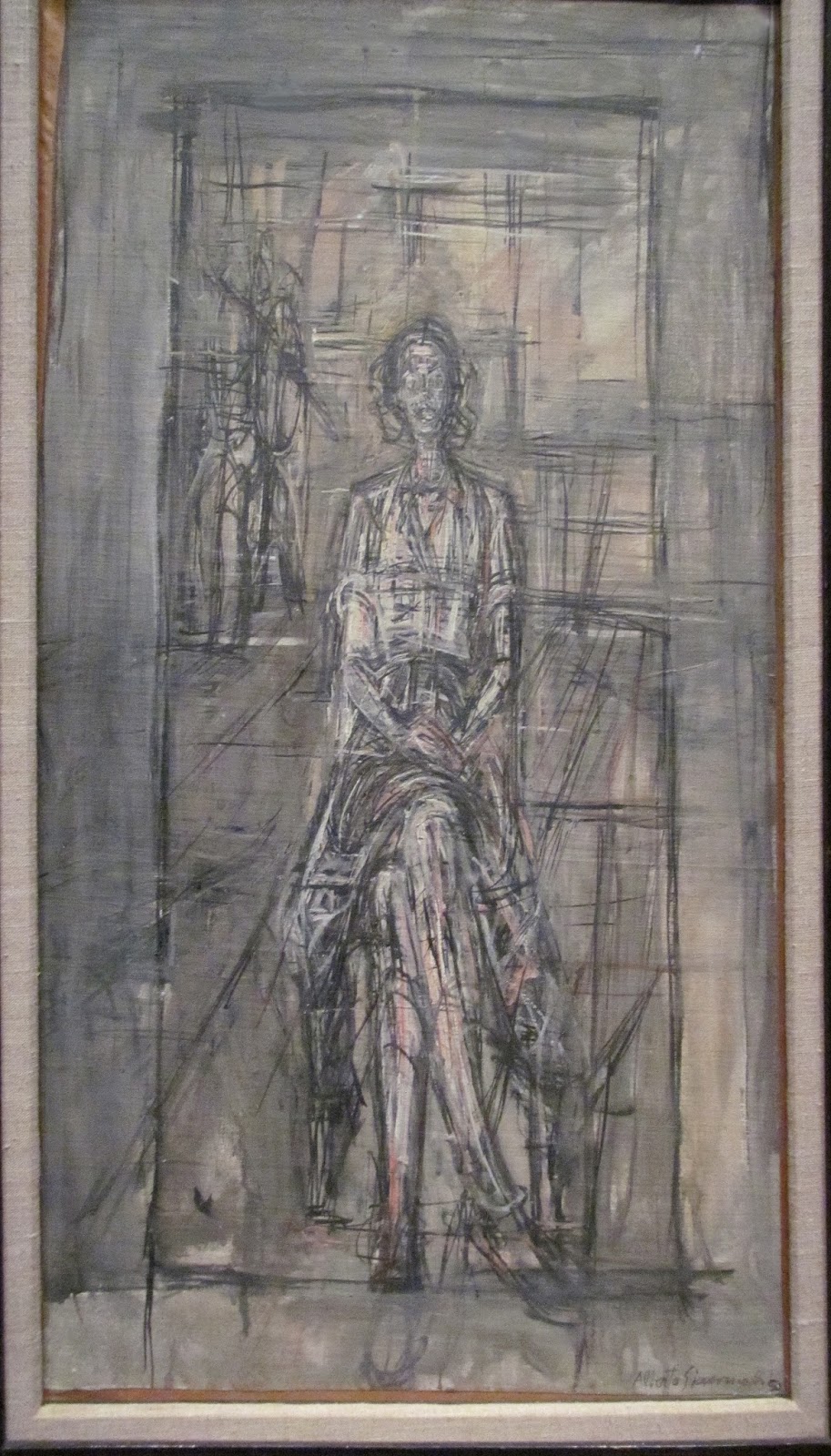 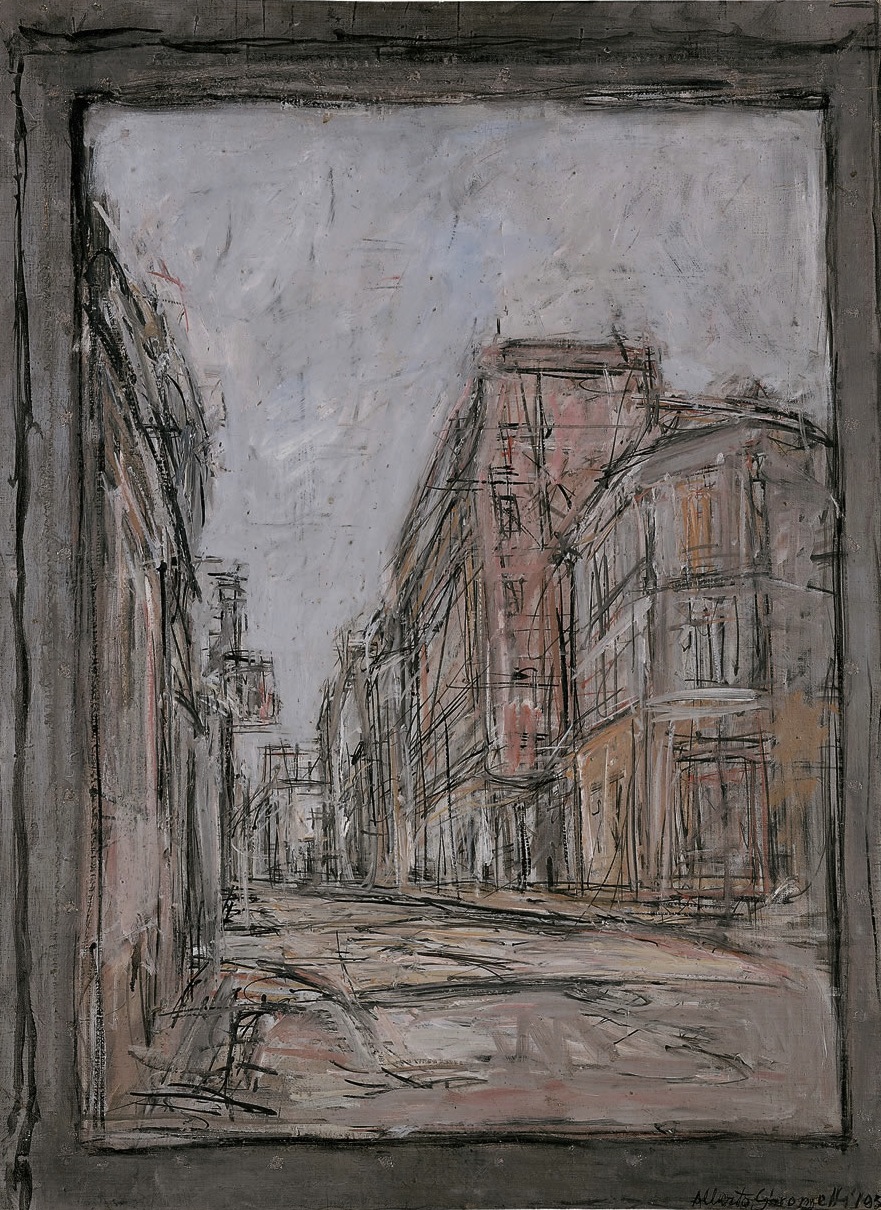 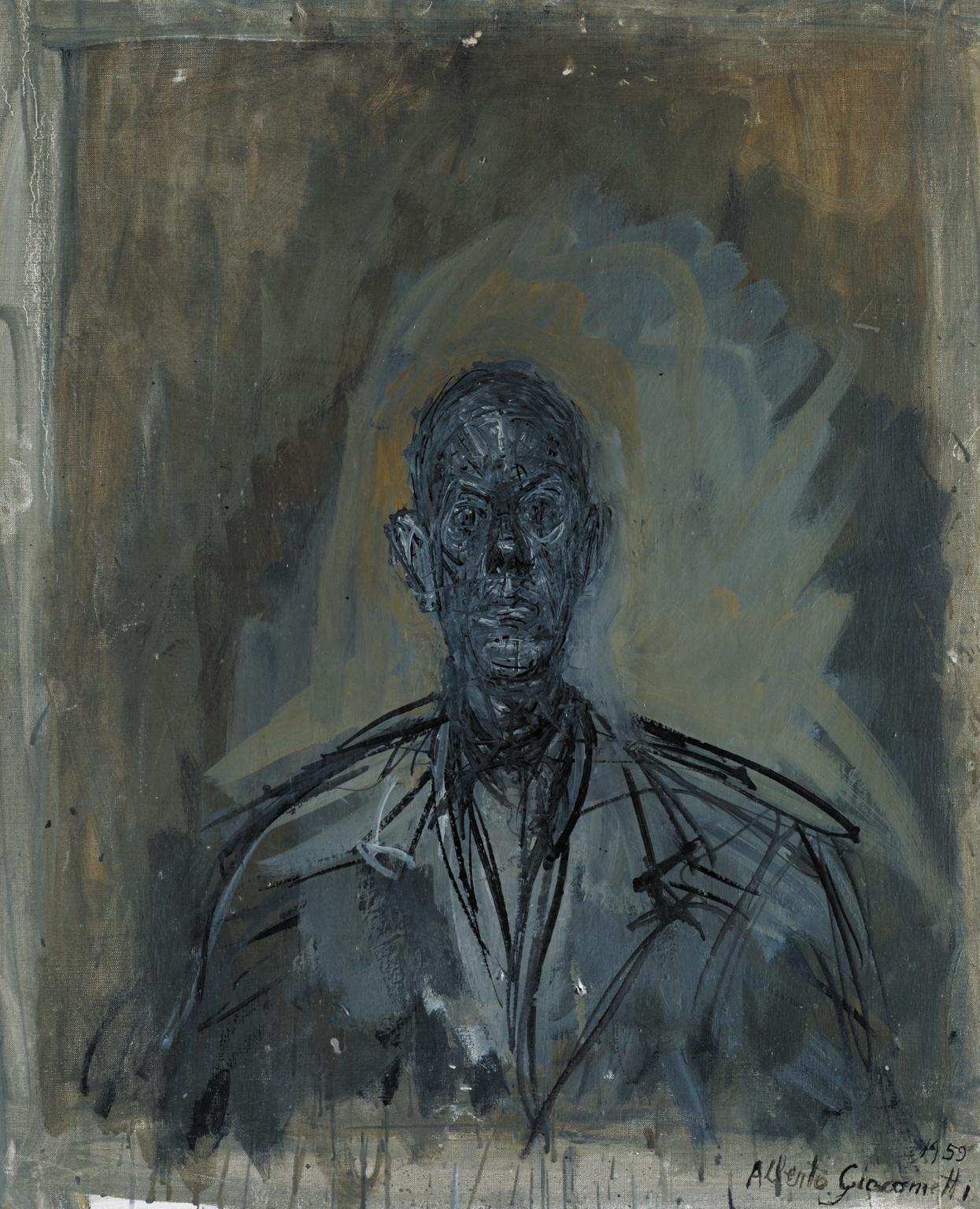 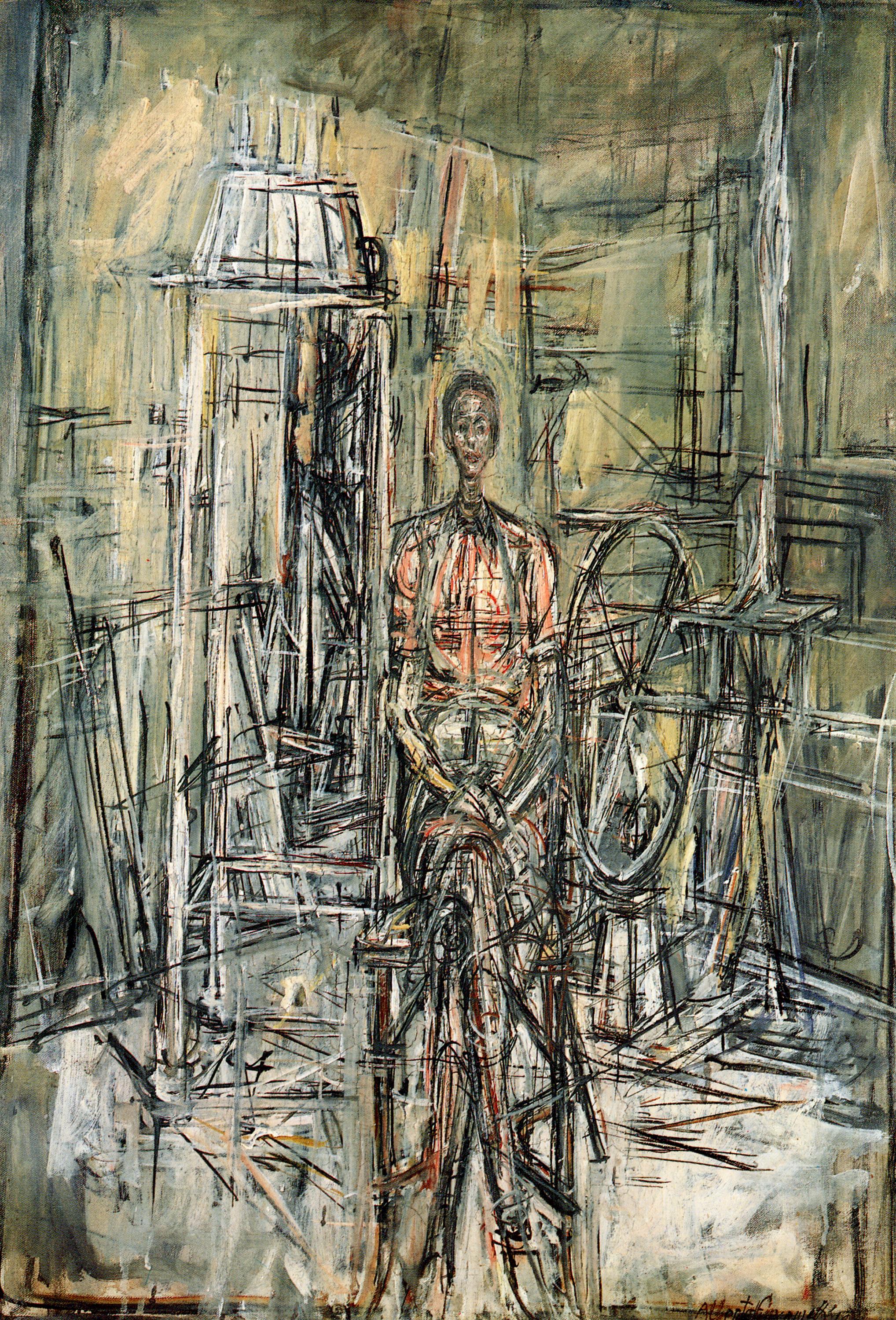 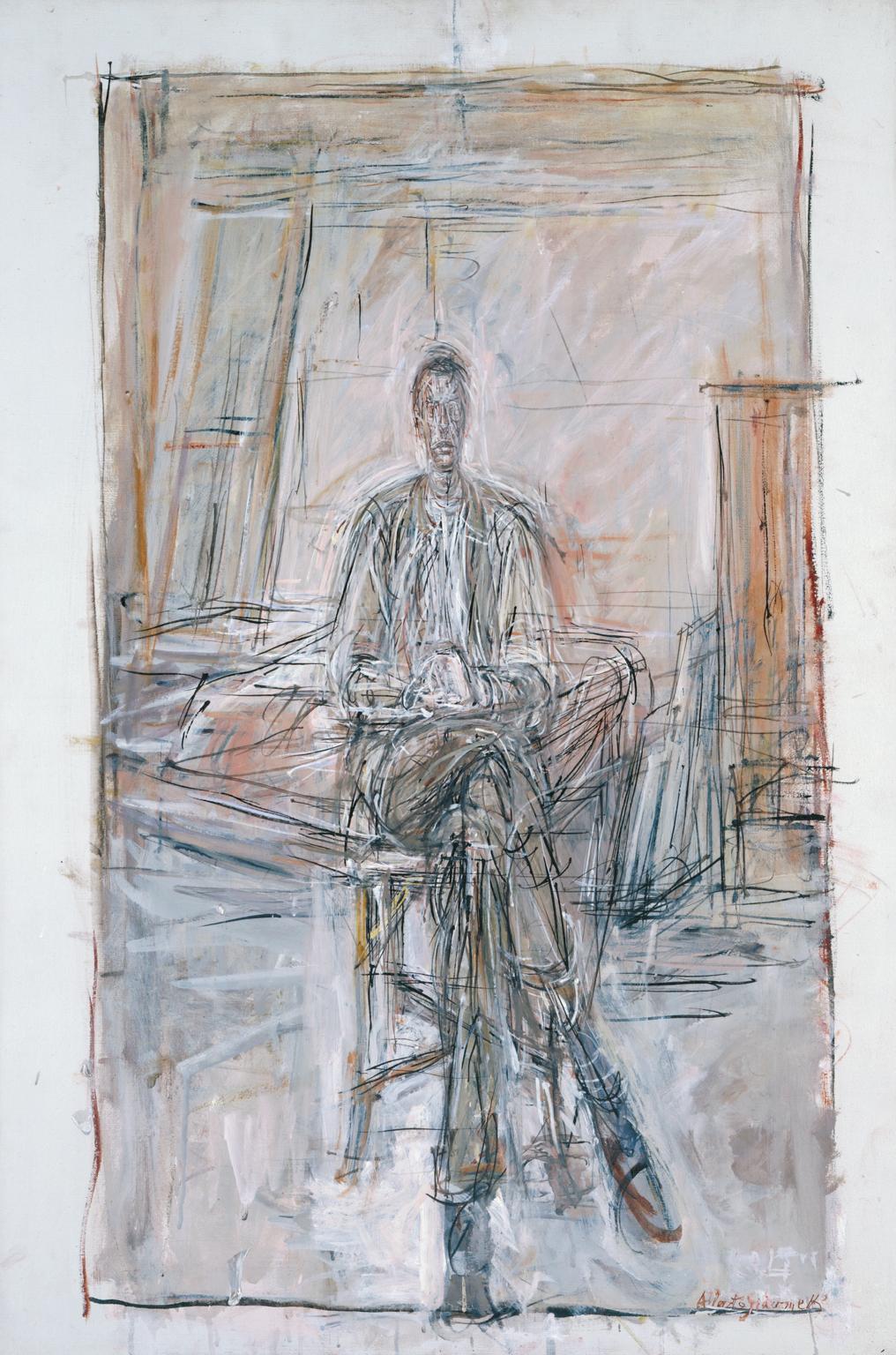 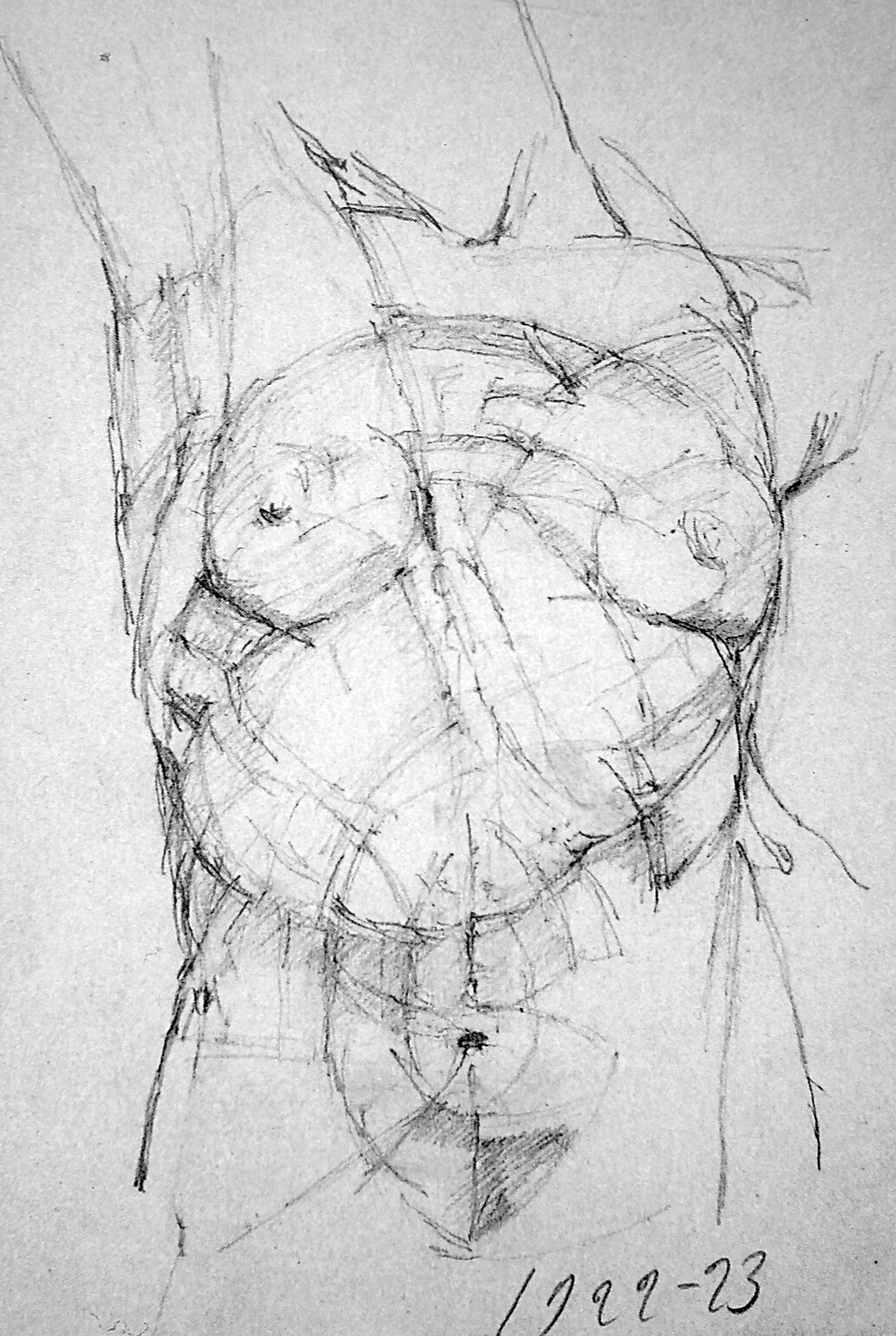 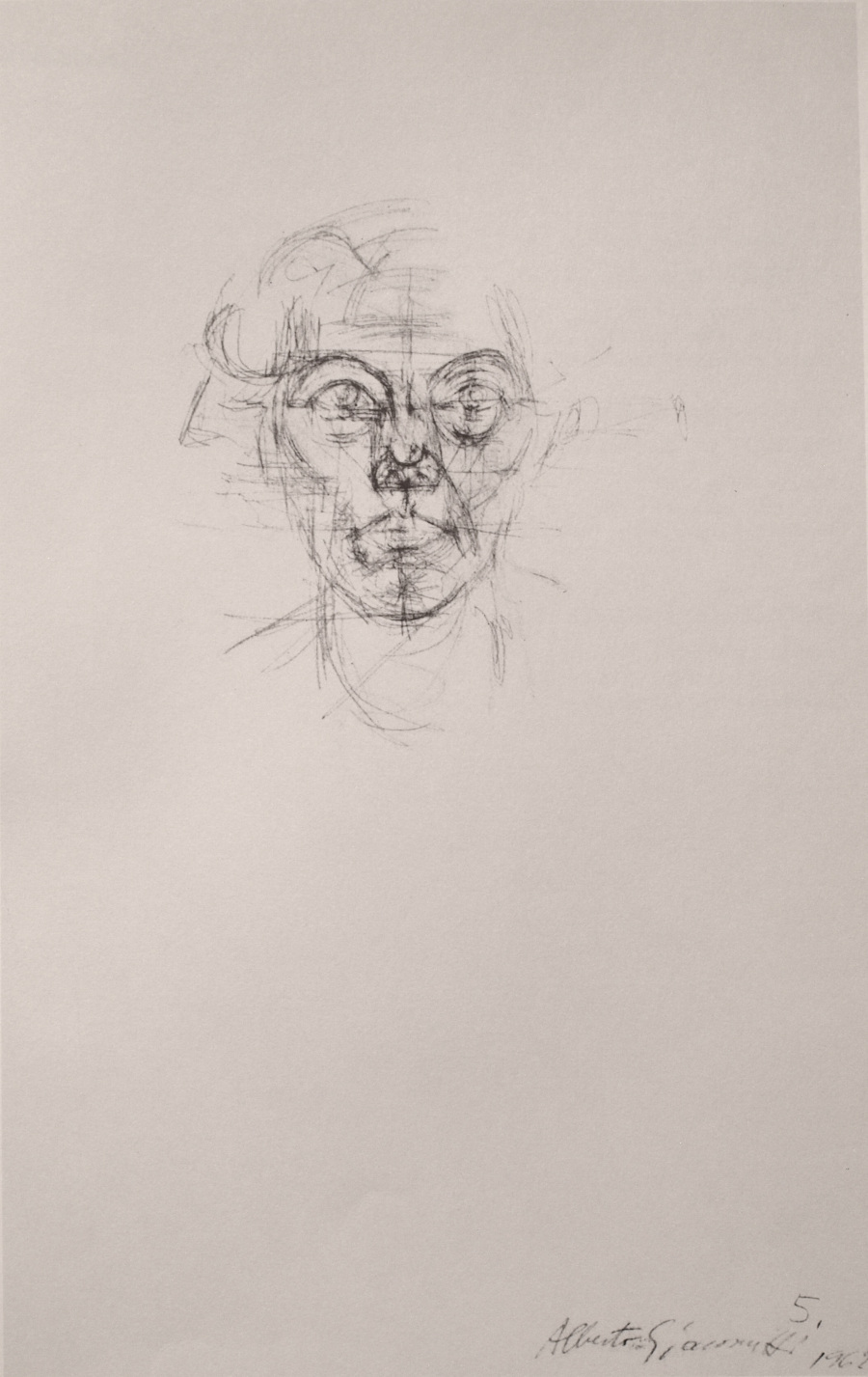 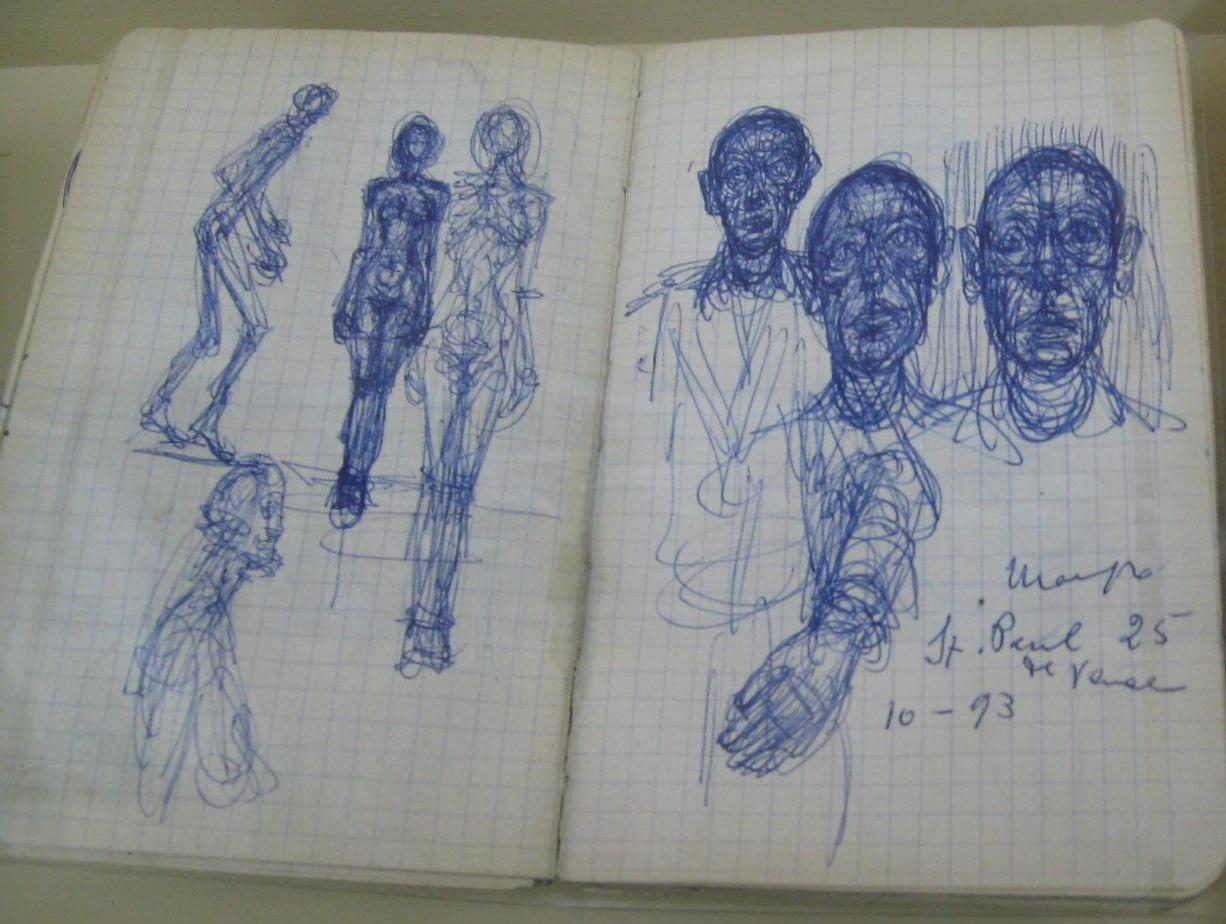 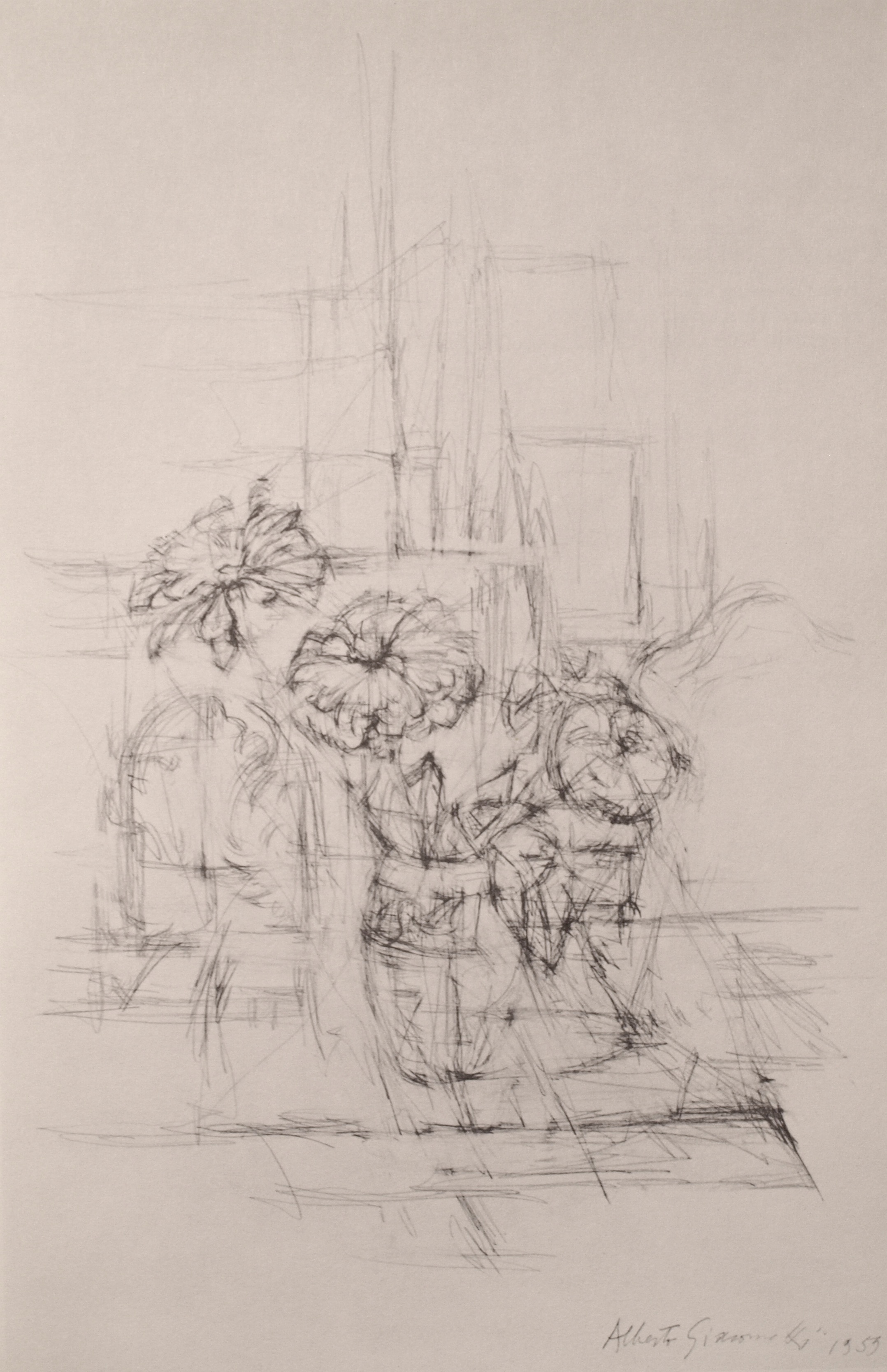 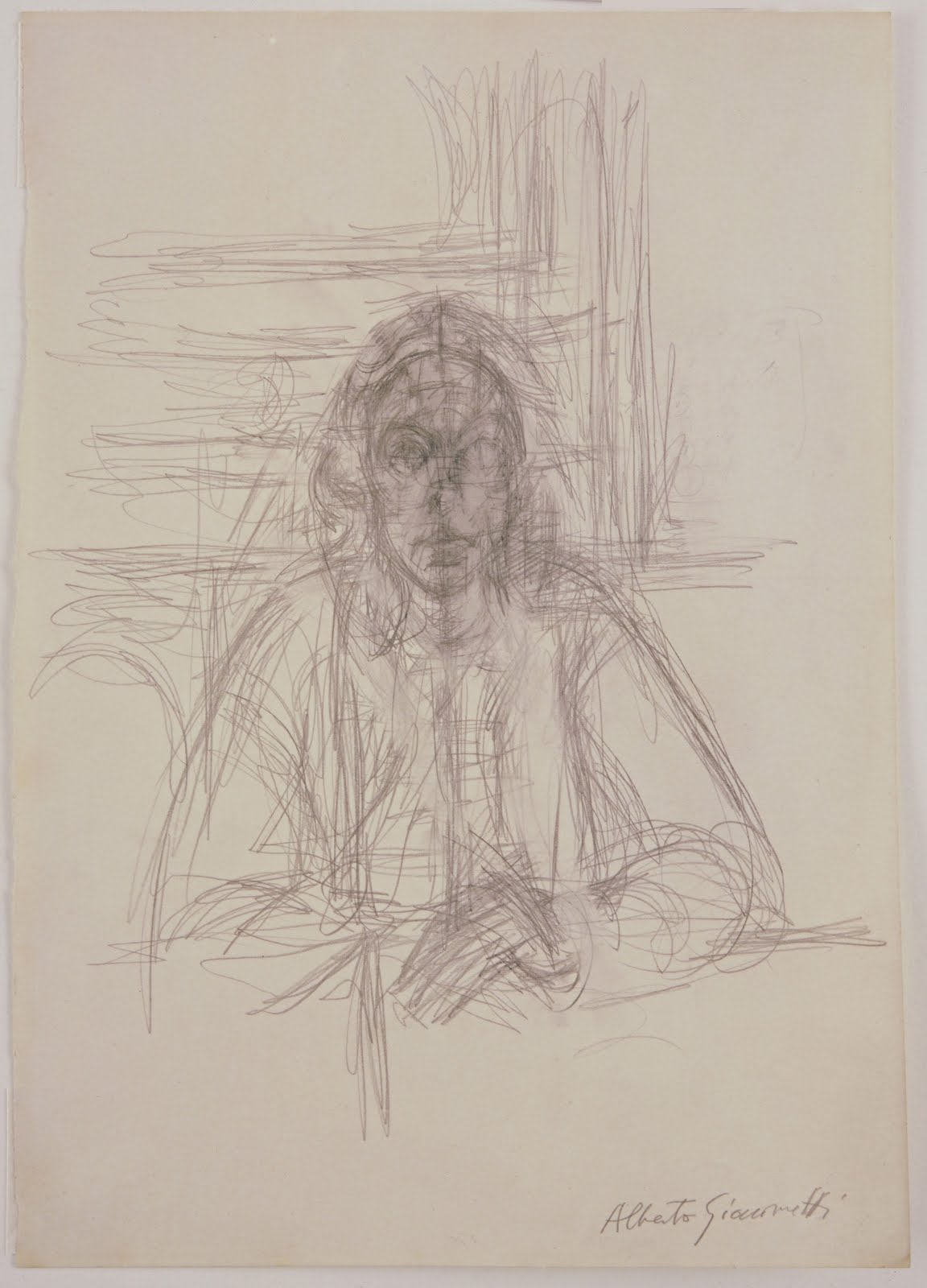 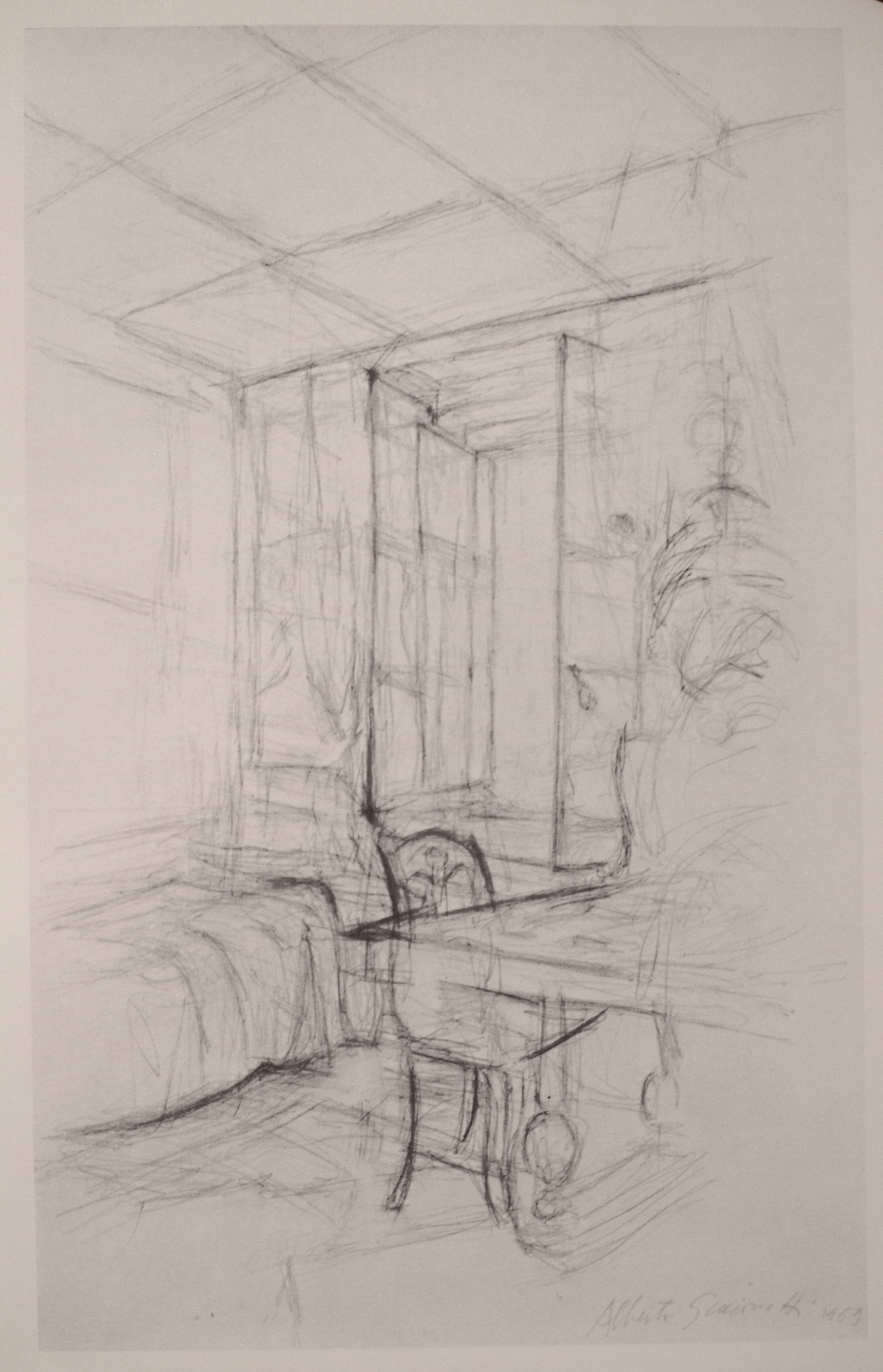 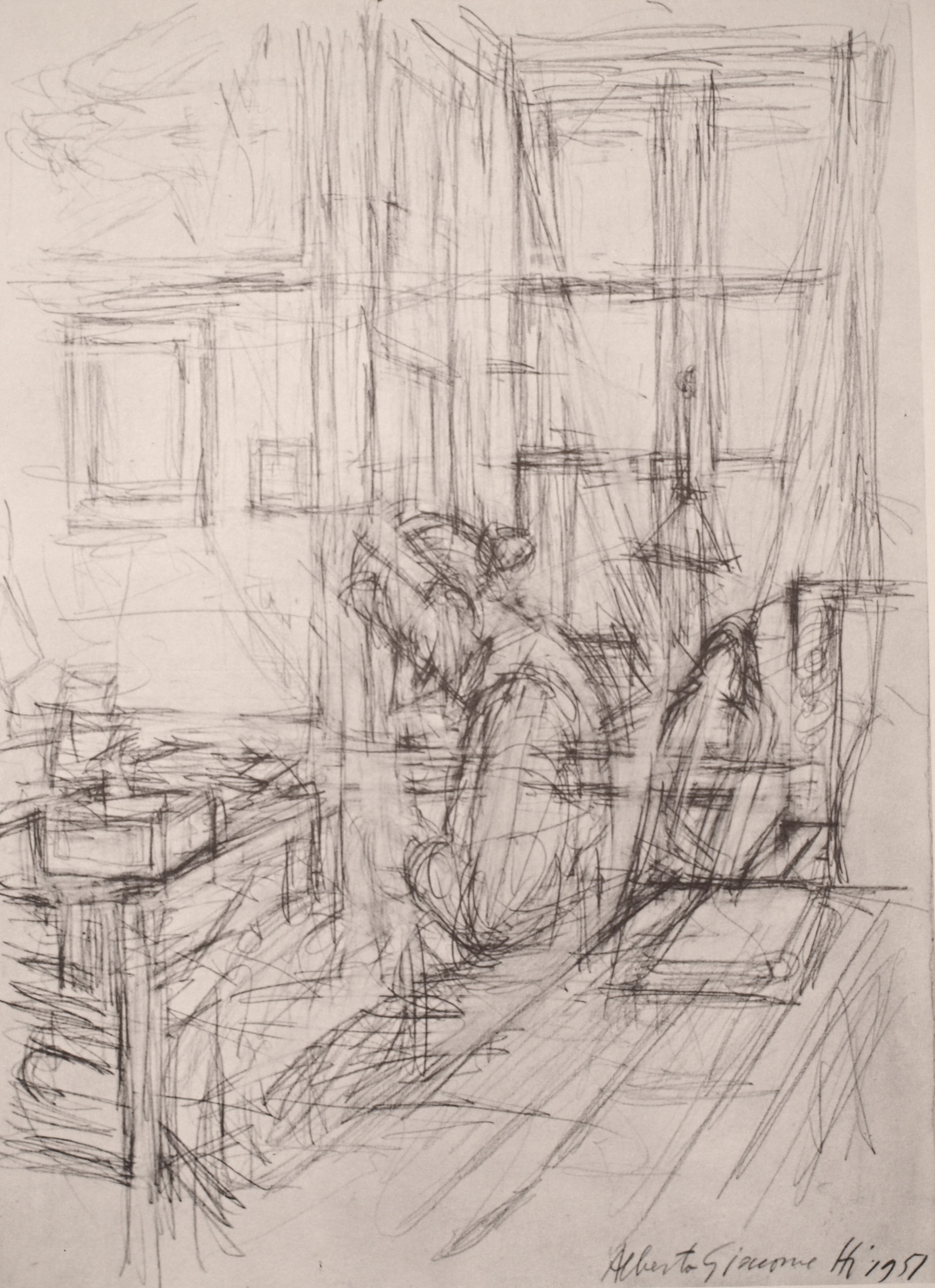 The books i have 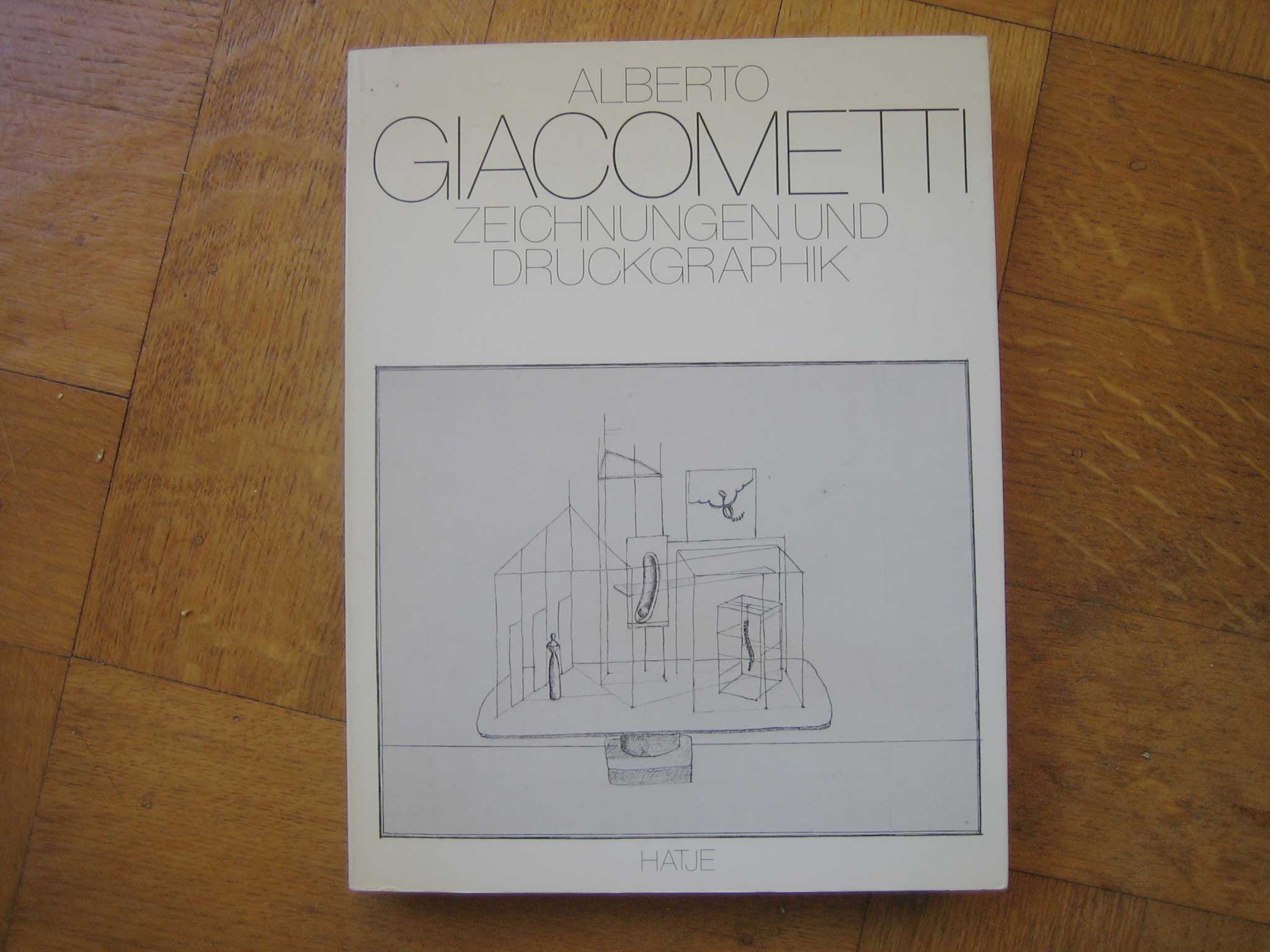 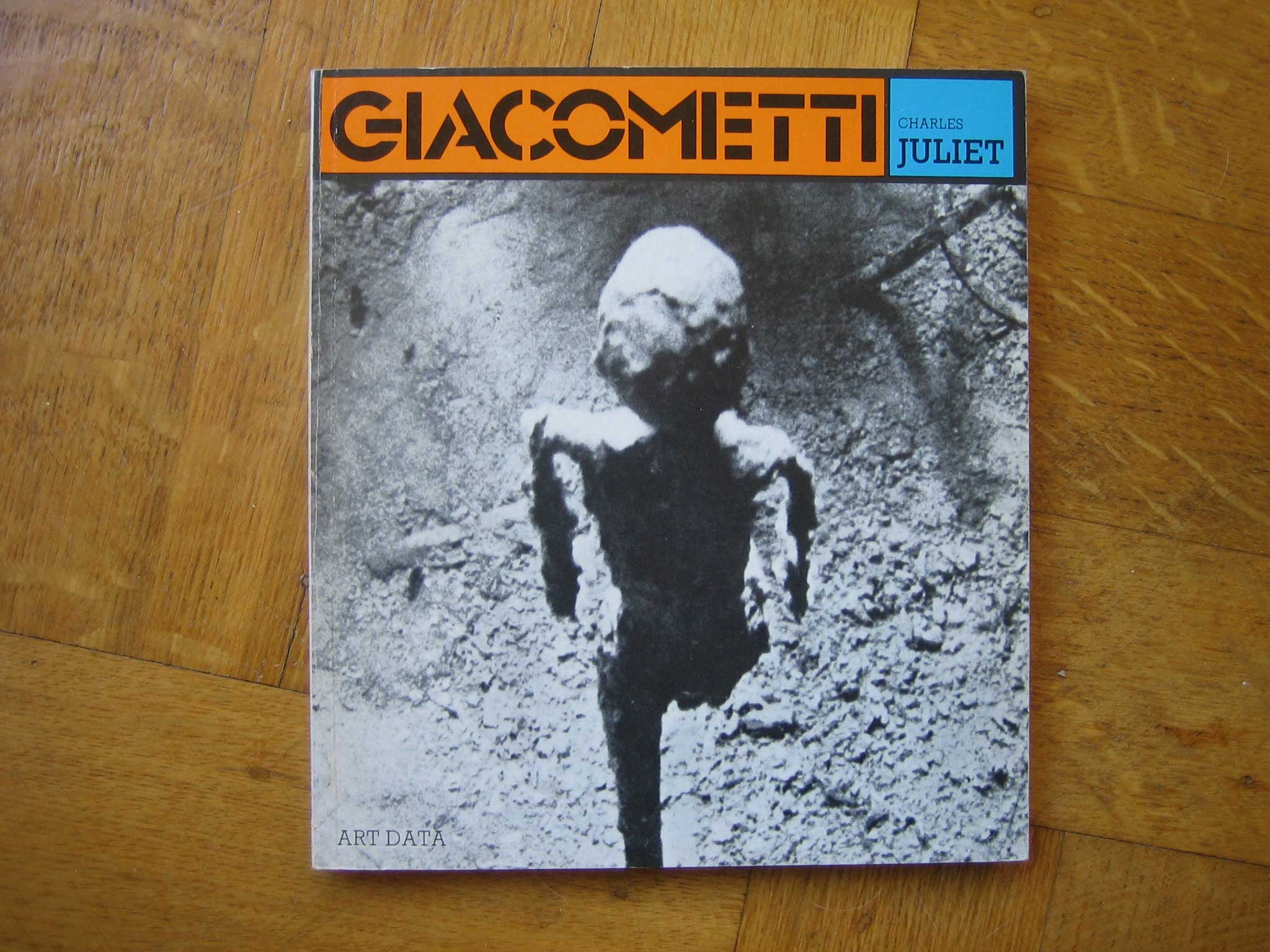