This morning i went to the Coffee Company on the Meent and bought myself a medium latte with an extra shot of espresso and a piece of cheesecake. The cake is divided up into twelve pieces. Twelve! I would have divided it into eight pieces. Man, these companies really want to make a lot of money. I did say something to the girl helping me, but of course she can’t do anything about it. She only works there.

I sat inside drinking my coffee, watching out onto the Meent. I started to read the paper, the NRC Next. I used to have a subscription to the NRC, but stopped a couple of years back. The primairy reason is the lack of money, but hmm, i’m not sure now. Reading this news, every single day, all these parts of the world stacked next to each other, all these headlines, all these articles. Not every day is the same, not all the news is equally important, but in the paper they all seem to glide into each other.

But, it is still my favourite newspaper in the Netherlands. So when i go out and treat myself to coffee, i do read it. Not every article, but still. Today, i made some photos of the paper. Yes!

The main front article: Thanksgiving, with a focus on politically divided families. To be honest, i don't know why this piece takes up such a big part of the front page. Not that i'm not interested, but it is a difficult story with many different sides to it. Also on the front page: Geert Wilders, our Dutch populist politician who had the last word yesterday at the lawsuit going against him for what he said a few years ago: Minder Marokkanen! (Less Maroccans!). Also an article about television programs providing help to people who need it in many different areas. The inset paper has I Daniel Blake on the cover. 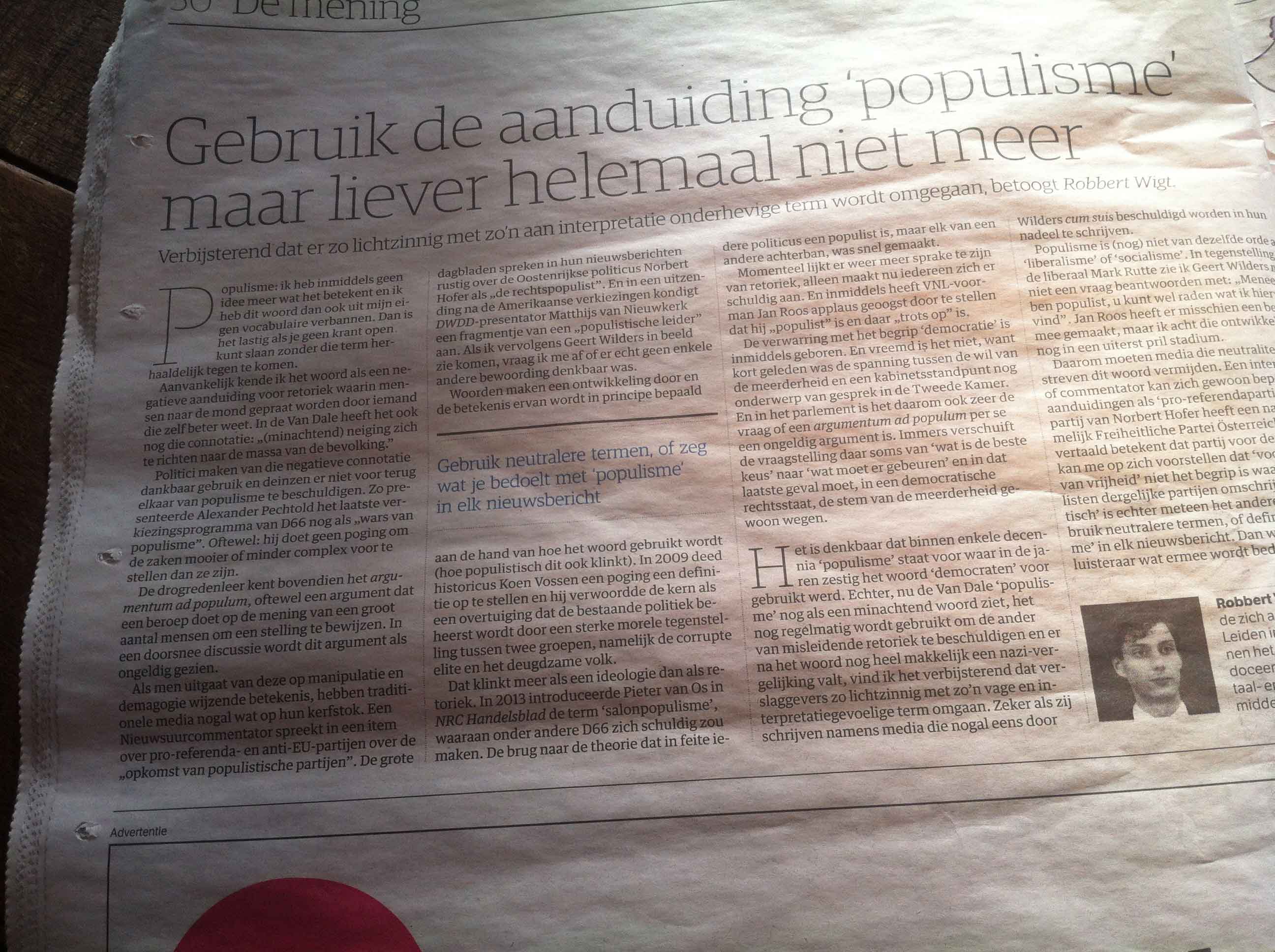 An article about the meaning of the word populisme. The title: Rather do not use the word populisme anymore. A bit lackluster really. Why not try to define the word with the help of dictionaries and etymologists. The title uses a very simple tactic, stop using the word. Which is an easy way out.

Another article about language. This time about the use of the word black, zwart. In the Netherlands for some years there is an upcoming fight against Zwarte Piet, Black Peet. Slowly this will most likely be faught out of our Dutch custom of celebrating Sinterklaas with his Zwarte Piet, on 5 December. I'm still not sure how i feel about this myself. I haven't celebrated a Sinterklaas with a Zwarte Piet for around thirty years or so, and i don't have a small child. Still, i should give this a bit more thought. 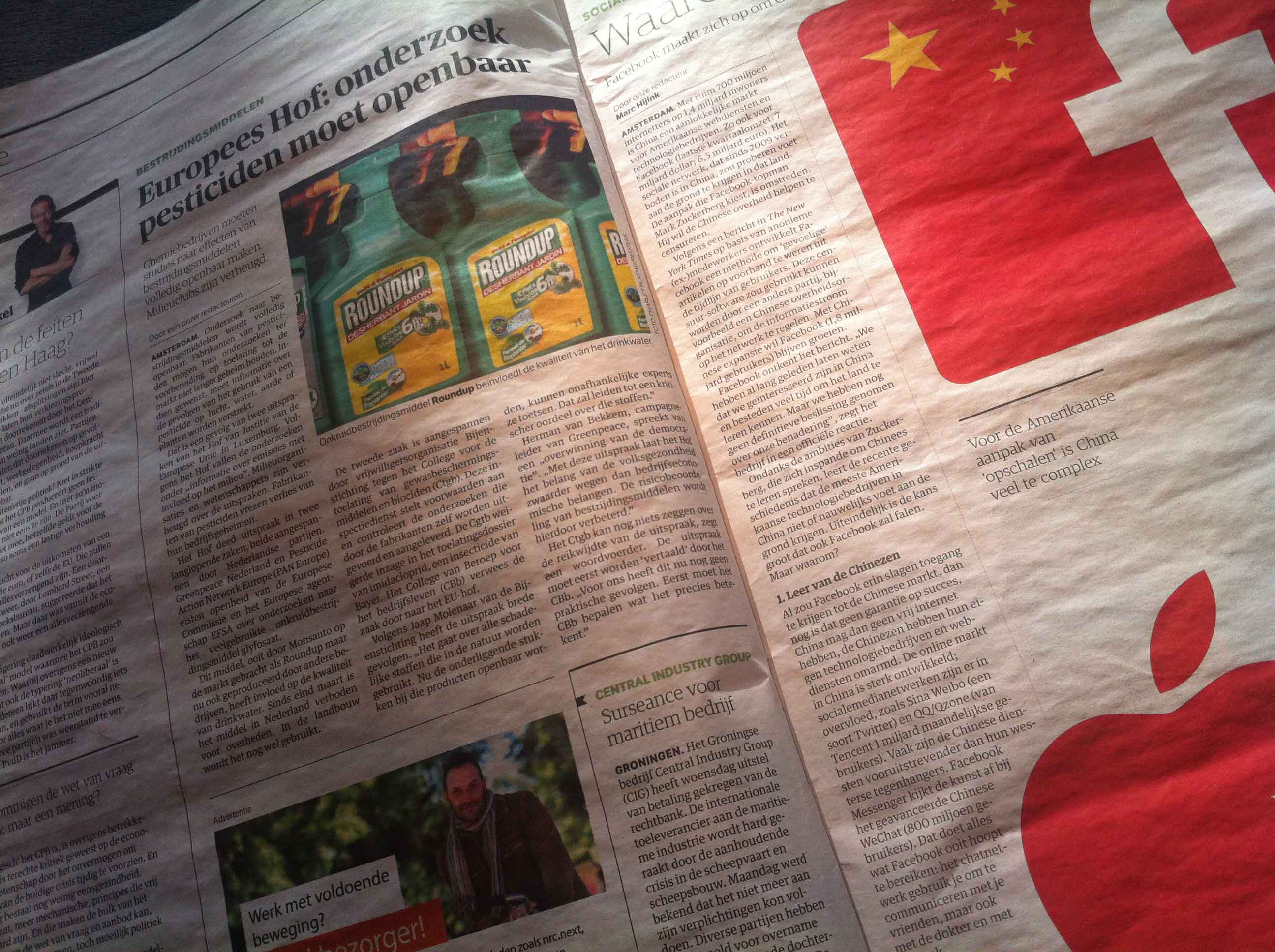 The outcome of a European process: research about pesticides needs to be made public. Good one. 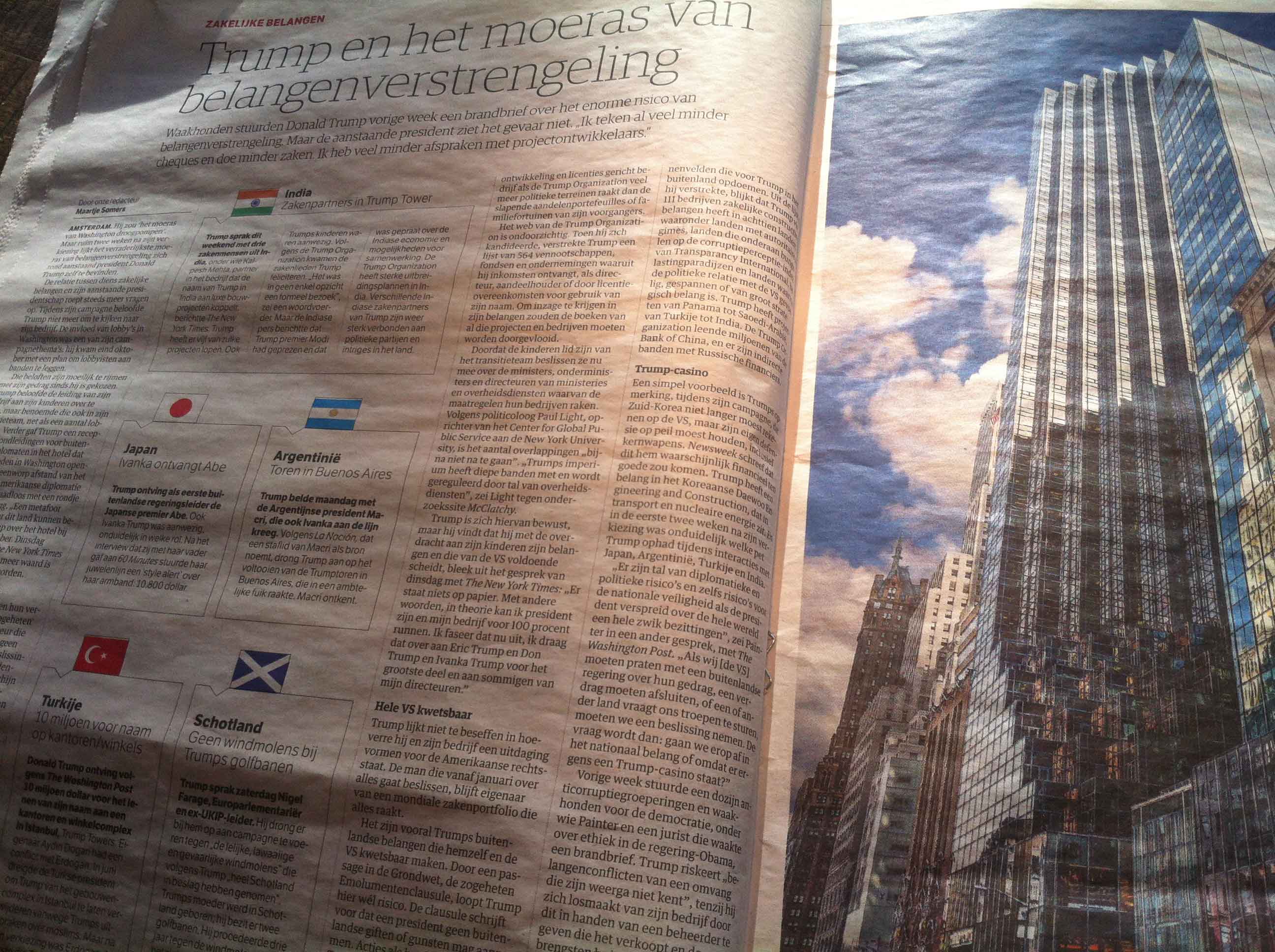 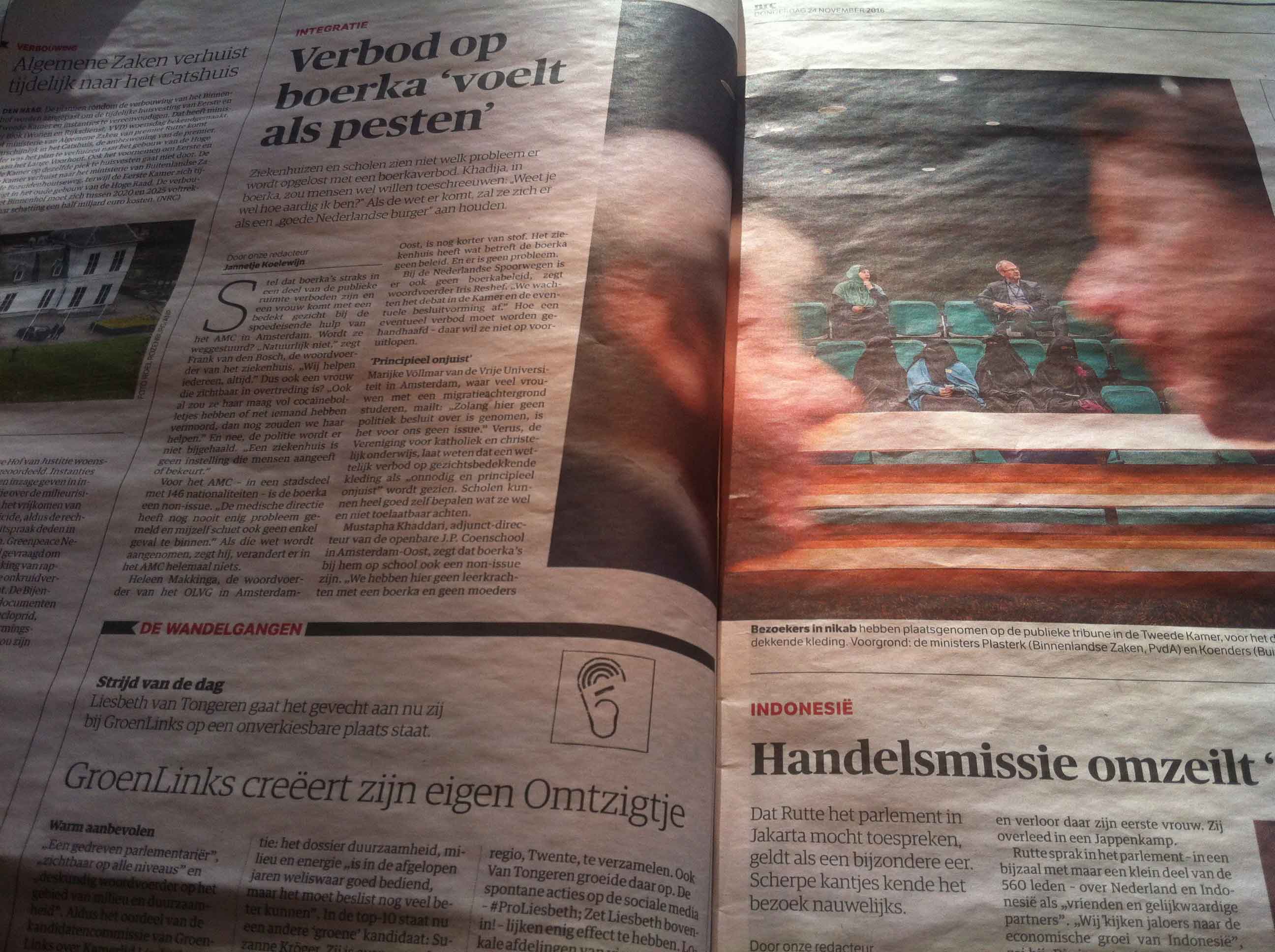 A process against wearing a burka, the islamic way of clothing for some women, which also covers the face. Really, the covering of the face, making a person anonymous, unrecognizable gives me a very icky feeling. I don't like this at all. I know that in the Netherlands there are only a couple of hundred women who wear these coverings, but still, i find this going against everything i believe in. 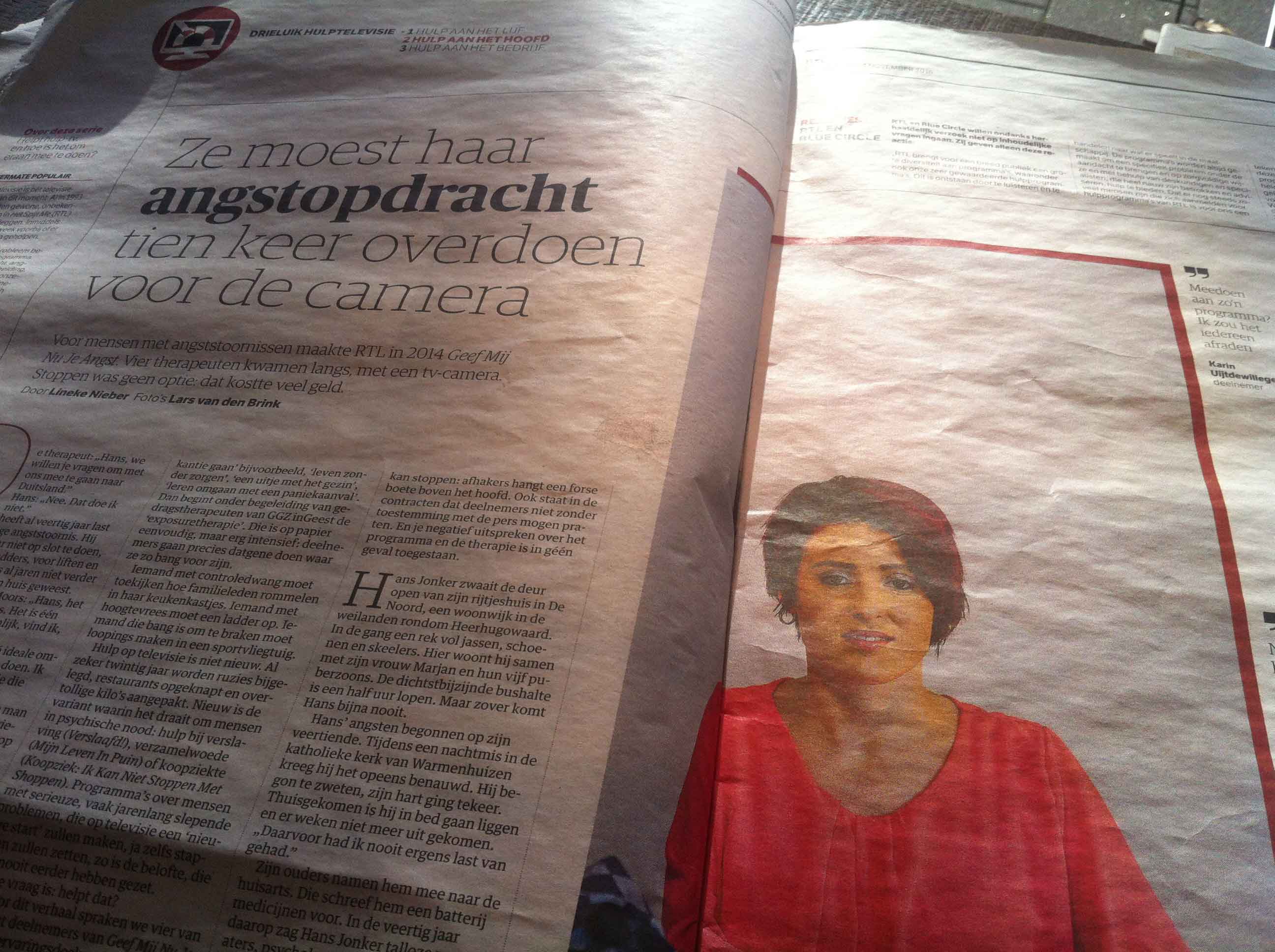 An extensive article about television programs made with people who need help in some area. This article is critical about these programs. Not everyone is helped by participating in a program like this.

Around one million watchers for a program. 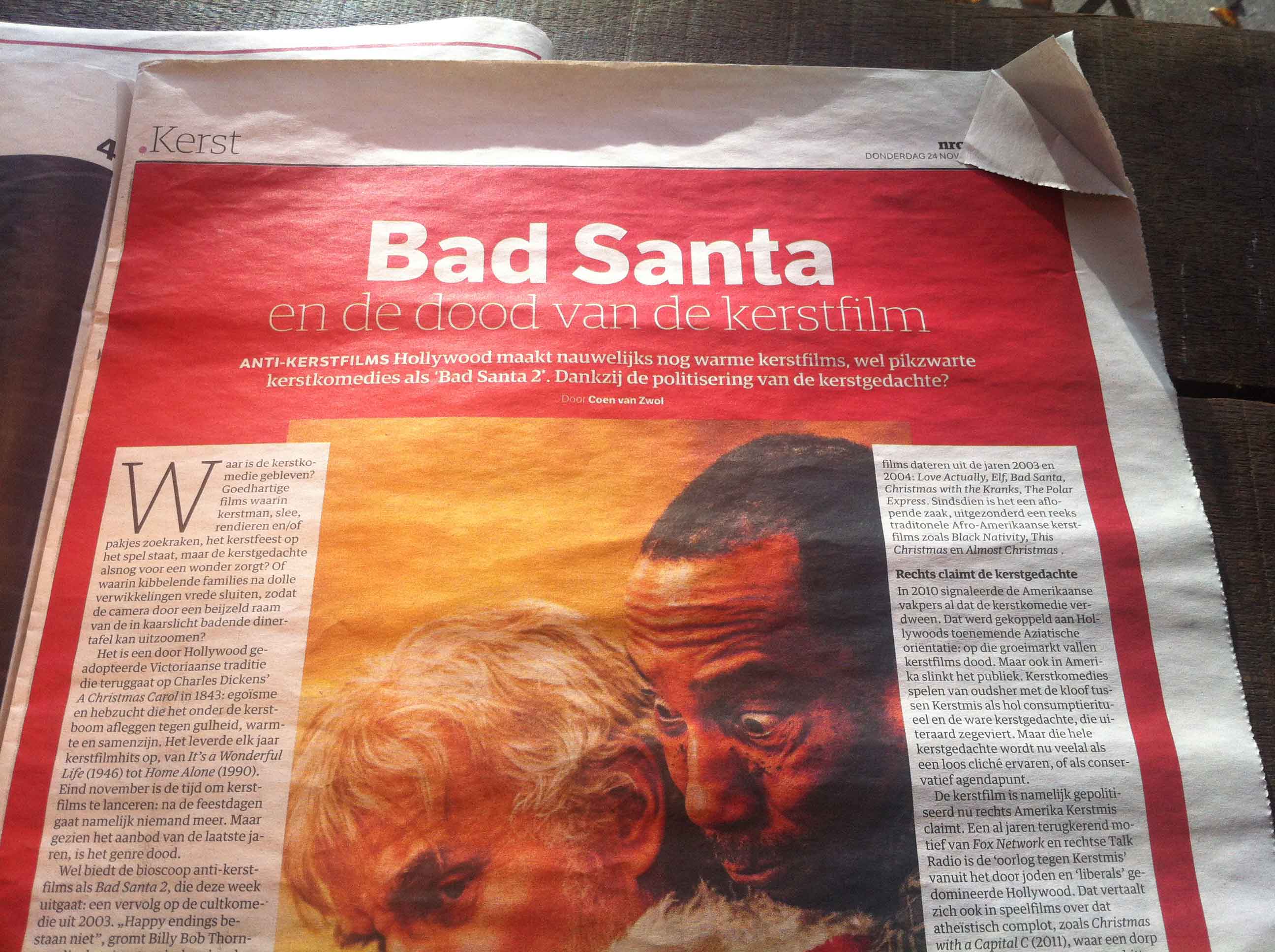 The article about I Daniel Blake, directed by Ken Loach. Five star review! This article made me very mad, extremely pissed of. How our society has so little freedom for people to try to live their own life. Even with all the little differences between the western European countries, most of these countries are similar. The way bureaucracy depersonalizes people doing their work as they they should, with managers behind them makes me sick.
Categorised in: World
Leave your thoughts