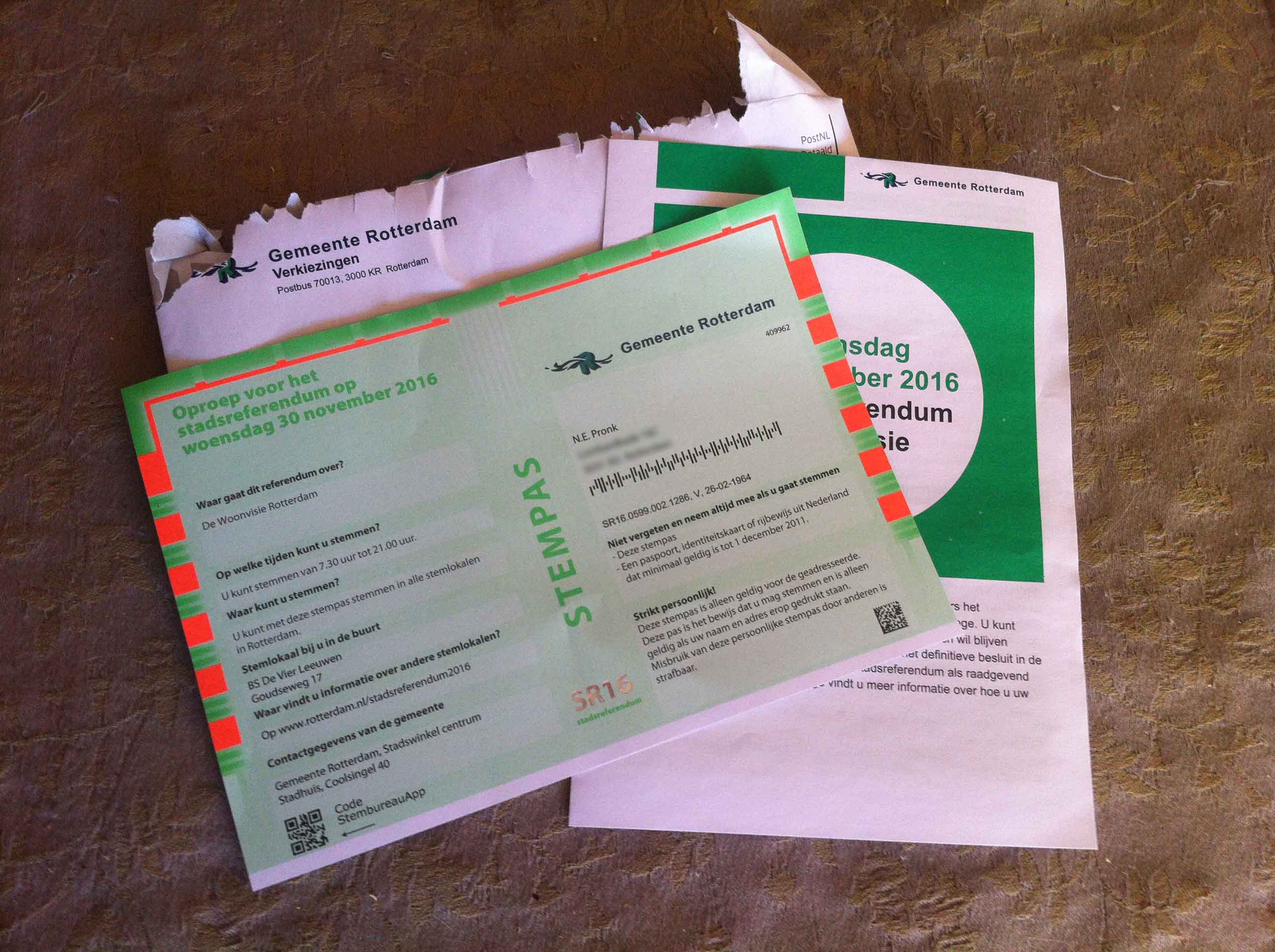 Today, Wednesday 30 November 2016, there is a referendum in Rotterdam about the Woonvisie 2030. The main focus in that document is that Rotterdam wants more higher earning people living in the city. Therefore it is the wish of the current Rotterdam government to demolish or sell social houses. I do have to confess, this hardly registered with me. I got the envelop a few weeks ago. I put it on a shelf unopened and didn’t really think about it. I did come across a advisory check, the versbeton.nl Kieswijzer, through facebook and found out i was completely opposed to the document. I read an article about it Jaagt Rotterdam de armen weg? and i was even more in disagreement.

Last Saturday i was in the second hand bookstore the Slegte, i watched outside and read a sign high up. This is what it said.

On 30 November 2016 the inhabitants of Rotterdam may vote about the Housing Vision 2030. The municipal shapes ambitions where nobody can be against. Because who doesn’t want to live in a qualitatively and energy saving house and in a city where everybody feels at home?

Well, i was stunned into quietness for a moment when i read this. “Ambities waar niemand tegen kan zijn“, ambitions where nobody can be against. I don’t know who wrote this piece of self promotion, but to me it is completely wrong. This board is the entry board to twelve ideas and designs by architecture bureaus about Rotterdam. Some of these ideas i liked, others i didn’t. But to me the main issue was that introduction text and the assumption that anybody reading it would agree with it. And yes, i would love to live in a qualitatively high standing and energy saving house for sure. I would love to live in a city where everybody feels at home. But i wouldn’t want to live in a city where poor people are treated harshly, where people on a downturn are snubbed aside, where people who meet difficulty are not listened to and are treated like everything they come up against is their own fault.

Today, Tuesday 29 November, i was at the same place once again. I didn’t have my camera with me, so i decided to write this text in my notebook. I stood on the side, while people were walking by. I noticed two people standing still and reading the same message. I talked to them a bit. I told them how i disliked the message. I was happy they did agree with me.