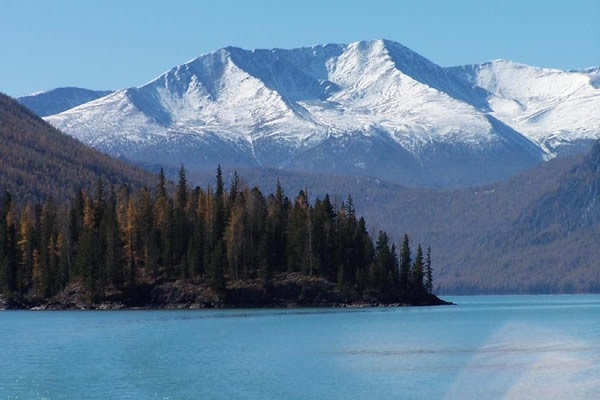 This morning, on Monday 21 November, i woke up around eight. Not sure how i slept. I do wake up around three in the middle of the night usually. I was a bit tired today, so yes, i think last night i was lying awake for a couple of hours too. This morning i watched Safe House on Uitzending gemist (Missed Broadcast), the Dutch app for all recent television you might have missed. I liked it. Christopher Eccleston i remember from his one season of Doctor Who in 2005. I loved this season. I occasionally watch Doctor Who when it passes me by, but it is not a must see for me.

I did plan to take a shower today, but i decided against it. I stayed at home, in my home clothes. Did a bit of work. I thought last week i was done, but i had a phone call today about work. I still had to do a minor thing. Which of course didn’t turn out to be that minor. An old website, from 2007. Old version of jQuery. *sigh* Tomorrow morning i will simply add a newer version of jQuery and add a new pagination plugin. Done!

I was thinking about my real work. This website. There are a few posts i want to make. A clip of me singing. Most likely Let It Go. The first song i ever posted here. And i don’t wanna do the one shot clip anymore. Been there done that. I wanna make a more edited and composed clip.

I also want to write a few posts, about Eroticism. In my life, on the street, in ads. It’s basically all around us. And really, some things i can’t bear to watch anymore. Young people fucking around on television. Or old people. I can not stand it. Not anymore.

Life is wonderful. Another post i want to write. This one most likely the day before Christmas. And like last year, i will take a week off between Christmas and New Years.

And today, while i was watching tv, while i was dreaming away, i had these glimpses of myself, where i am now in my life. Standing perfectly still, on a thin wire, on one leg, my arms up in the air, very poised. That is how i feel within myself.

I still have one month to make all these posts, to make my walks, to work in the garden, to entertain you, to grip you in my world.

Earlier this evening i threw the I Ching.

The last sign, the final sign of my current transition, is a bit more hazardous: After Completion. I do feel i need to be very careful. Cautious, feeling my way through this path. The comparison with a fox crossing a frozen river or lake comes up. It only succeeds when the ice doesn’t break. Not even when the fox is close to the other end.

You may wonder why i throw the I Ching so much lately. There were many years in which i didn’t use the I Ching at all. But lately it does feel that the signs i get are of more value to me. Or i am in such a state of mind that what i read in this book finds an agreement within myself. It is also because i am lonely. Yes. Oops, a small tear appears in my eye. It is not that i am unhappy, it is not i feel very lonely all the time. I don’t. But yes, i do miss friends. Good friends.

I know i shouldn’t think about this for long. Because i also like being by myself, in my life, looking around at the world. So each time has its own shape, with or without friends. I’m still happy i have chosen the shape i’m in right now.

The image of this hexagram is the mountain, the youngest son of heaven and earth. The male principle is at the top because it strives upward by nature; the female principle is below, since the direction of its movement has come to its normal end.

In its application to man, the hexagram turns upon the problem of achieving a quiet heart. It is very difficult to bring quiet to the heart. While Buddhism strives for rest through an ebbing away of all movement in nirvana, the Book of Changes holds that rest is merely a state of polarity that always posits movement as its complement. Possibly the words of the text embody directions for the practice of yoga.

The hexagram signifies the end and the beginning of all movement. The back is named because in the back are located all the nerve fibers that mediate movement. If the movement of these spinal nerves is brought to a standstill, the ego, with its restlessness, disappears as it were. When a man has thus become calm, he may turn to the outside world. He no longer sees in it the struggle and tumult of individual beings, and therefore he has that true peace of mind which is needed for understanding the great laws of the universe and for acting in harmony with them. Whoever acts from these deep levels makes no mistakes.

Keeping the toes still means halting before one has even begun to move. The beginning is the time of few mistakes. At that time one is still in harmony with primal innocence. Not yet influenced by obscuring interests and desires, one sees things intuitively as they really are. A man who halts at the
beginning, so long as he has not yet abandoned the truth, finds the right way. But persisting firmness is needed to keep one from drifting irresolutely.
Six in the fifth place means:
Keeping his jaws still.
The words have order.
Remorse disappears.

A man in a dangerous situation, especially when he is not adequate to it, is inclined to be very free with talk and presumptuous jokes. But injudicious speech easily leads to situations that subsequently give much cause for regret. However, if a man is reserved in speech, his words take ever more definite
form, and every occasion for regret vanishes.
Nine at the top means:
Noblehearted keeping still.
Good fortune.

This marks the consummation of the effort to attain tranquillity. One is at rest, not merely in a small, circumscribed way in regard to matters of detail, but one has also a general resignation in regard to life as a whole, and this confers peace and good fortune in relation to every individual matter.

This hexagram is the evolution of T’ai PEACE (11). The transition from confusion to order is completed, and everything is in its proper place even in particulars. The strong lines are in the strong places, the weak lines in the weak places. This is a very favorable outlook, yet it gives reason for thought. For it is just when perfect equilibrium has been reached that any movement may cause order to revert to disorder. The one strong line that has moved to the top, thus effecting complete order in details, is followed by the other lines. Each moving according to its nature, and thus suddenly there arises again the hexagram P’i, STANDSTILL (12).

Hence the present hexagram indicates the conditions of a time of climax, which necessitate the utmost caution.