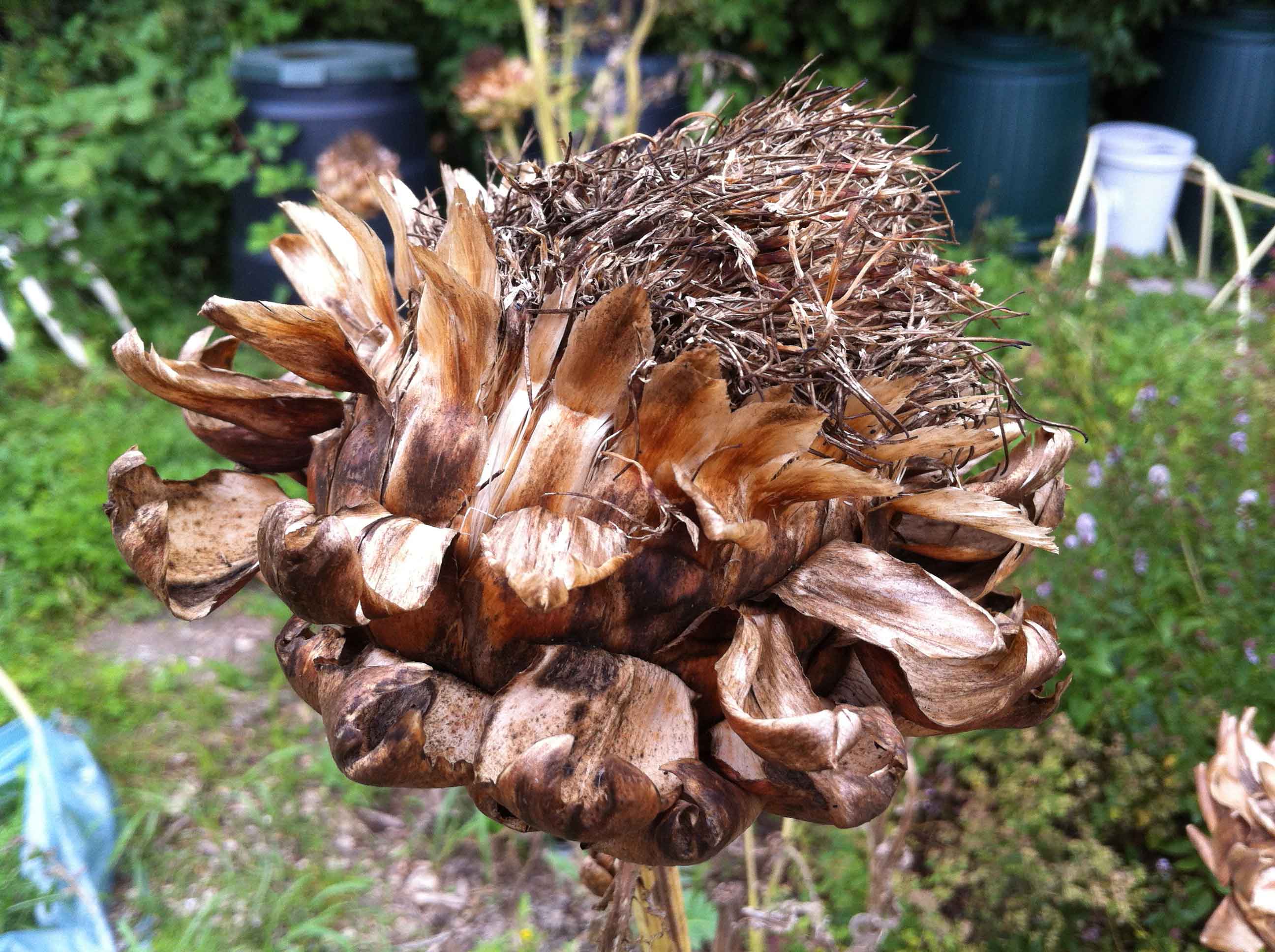 A walk in Rotterdam: the Oude Noorden and Blijdorp

A week ago i walked around the Old North part of Rotterdam, to the Wilgenplantsoen and the Blokland Garden. I also went past the Gandhi Garden, but it was closed at the time. This week i went to the Gandhi Garden again, at a time i knew it was open.

Still no map available, so i will write you through the walk.

I walked over the Noordsingel and the Bergsingel straight to the Gandhi Garden. I spoke with John for a bit, one of the coordinators there. I told him about my walks and writing about them, informally on this website. After this i walked to the center coffee and tea drinking place. A woman was sitting there with her two dogs, Binti and India. We chatted a bit, i drank a coffee. After that i went into the Gandhi Garden and made some photos and talked with some people working there. Some of them i did recognize from my time working there a few years ago. I told them about my walking project and about the Peace Garden, where i work twice a week.

I walked to the end of the garden, where a lovely hexagonal greenhouse was standing. Inside on one side tomatoes were growing. On the other side, and in the middle there were seedlings growing in small pots.

I walked on a small path further to the back, against the wall of the old train rails. In the deep shade woods and other material was sheltered. I smelled some marihuana, but couldn’t find any plants which were looking like it. A small path went all around the gardens. In the middle the beehives were busy standing there.

I walked back to the center place where someone had made more coffee. It was time for a short break. Ronald came too, i know him from the Peace Garden. He told me there was another area with gardens up the Gordelweg. A good next stop! After i finished my coffee i went with him to the big potato hills, wrapped in chicken wire. Time for the harvest!

After that i said my goodbyes to everyone and walked over the Gordelweg on a path besides the canal. Boat houses were lining up there. Really nice to live there. Passing some chickens i saw vegetable gardens on the other side of the fence. Hoping for an entrance further along, i kept on walking past it up until i could turn the corner and i saw an open gate, lucky for me! These Gordelweg gardens were all single user gardens, some neat, some a bit more messy. Areas for compost in between, and a small sheltered area with a bench and a bit of water separated one area from the next. I didn’t see anyone around, but still, it was good to walk there and let the area slowly sink in.

After that i went back home, walking through Blijdorp. I walked through the Central Station and the city centre. At the Schouwburgplein i bought a bara curry chicken which i ate up walking to the market. The vegetable girls were not there though, i asked someone standing besides them, he said their dog had died. So sorry 🙁

So i walked back home. I started to feel a bit tired. Two thirty i was home, four hours after i had left. Time to lay my feet up for a short bit! 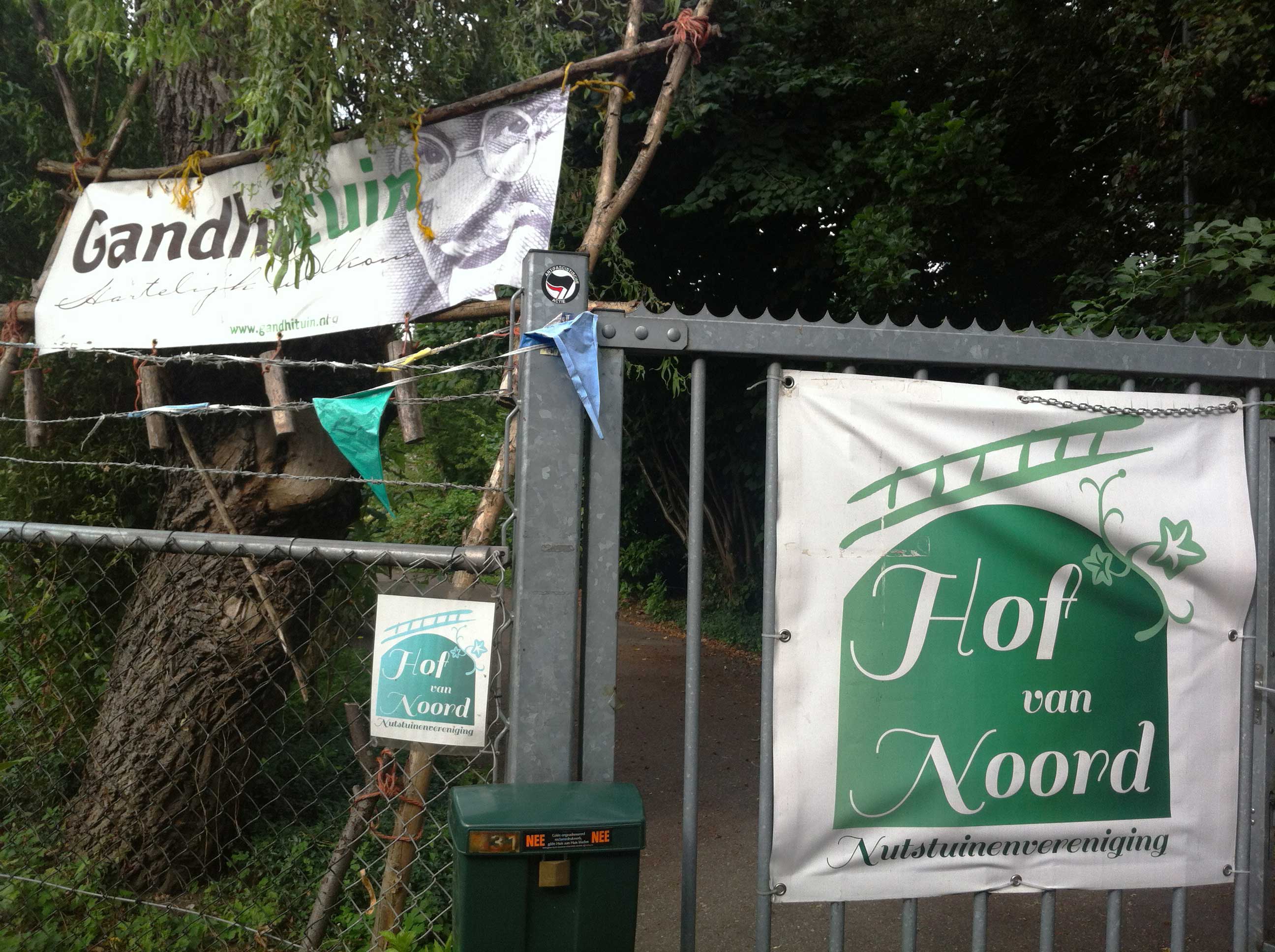 The Gandhi Garden and the Hof van Noord entrance signs

Grapes around the starting point of the Gandhi garden 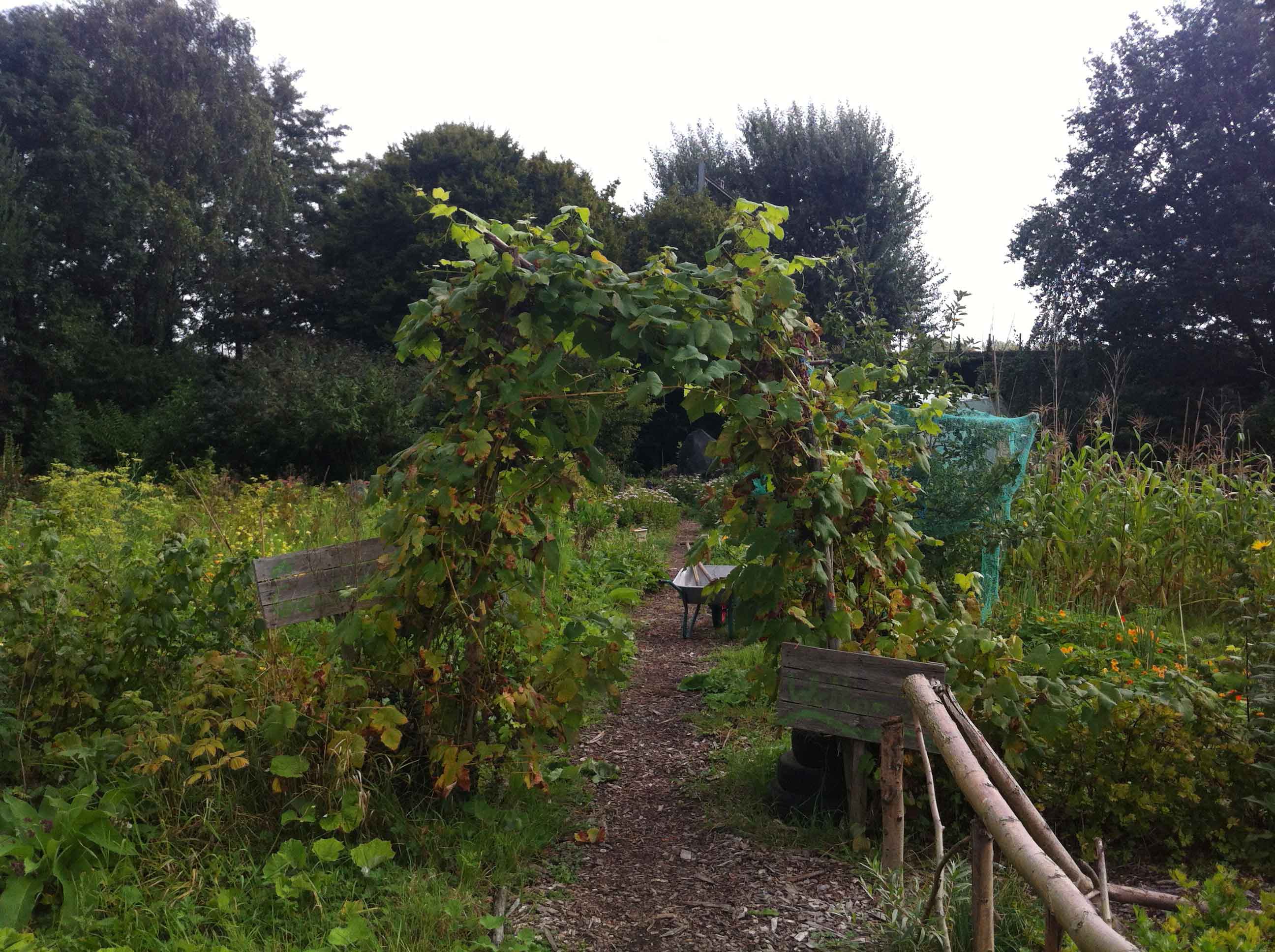 Flowers and vegetables and herbs 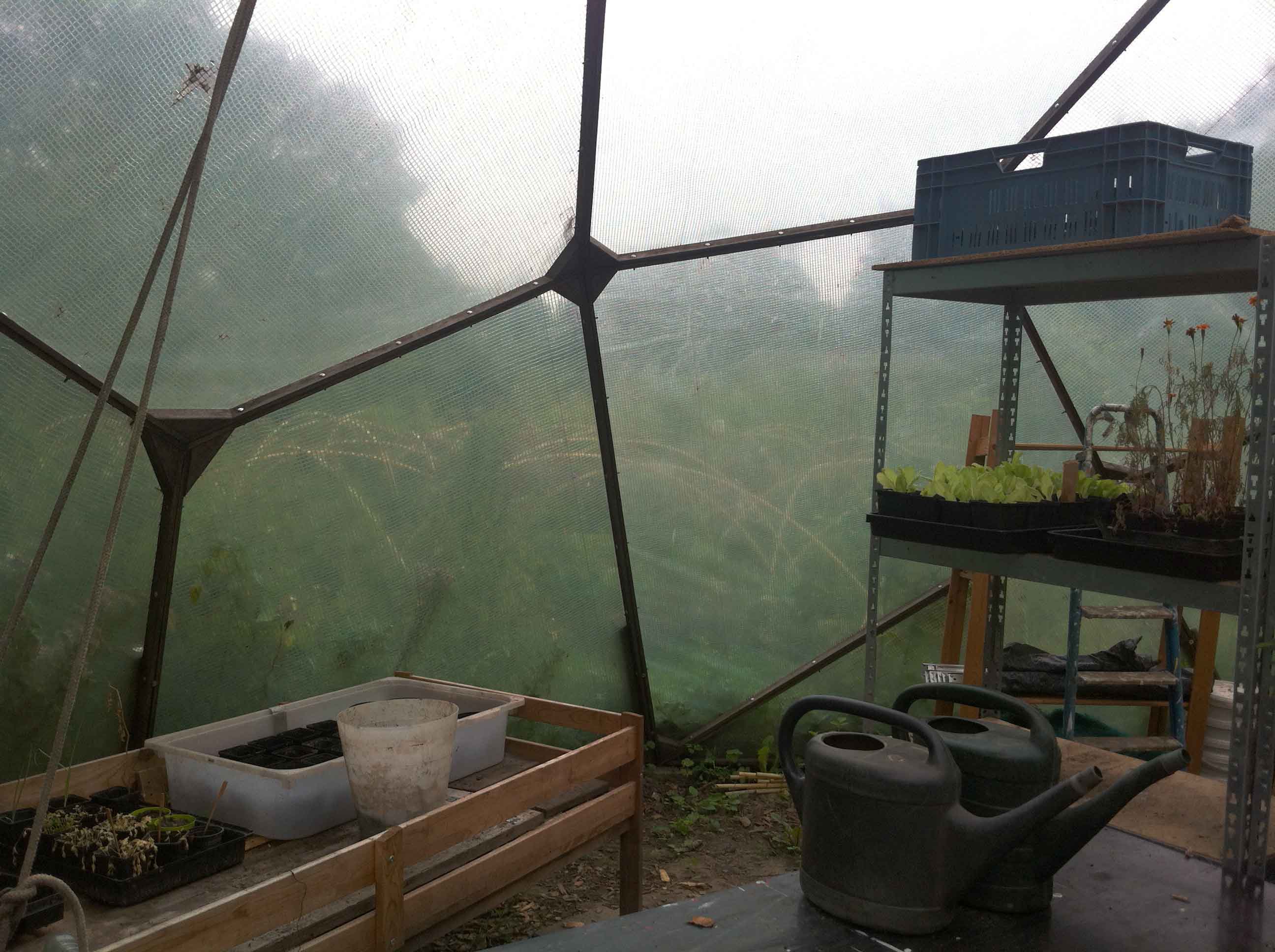 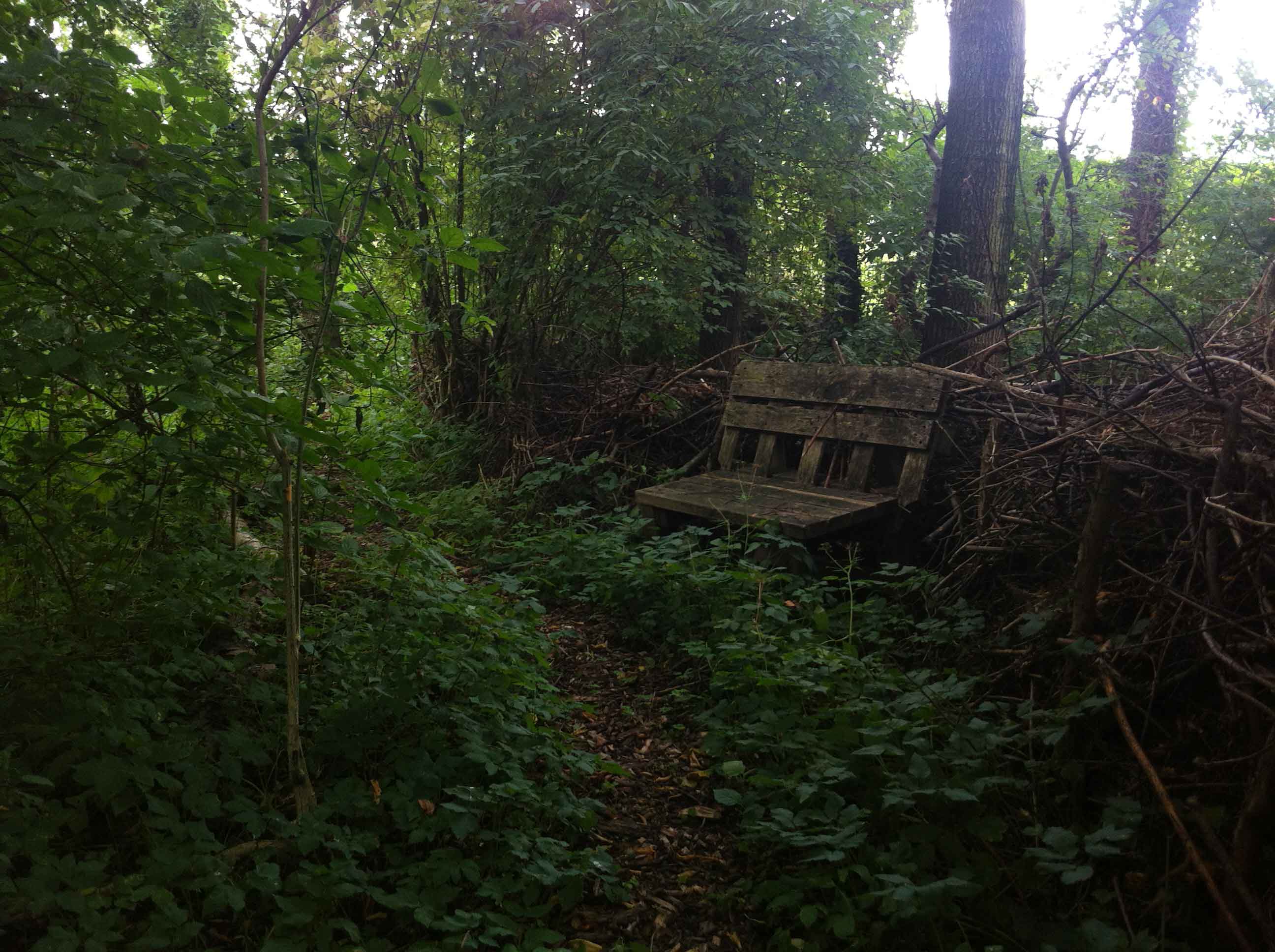 A bench on the path around the garden 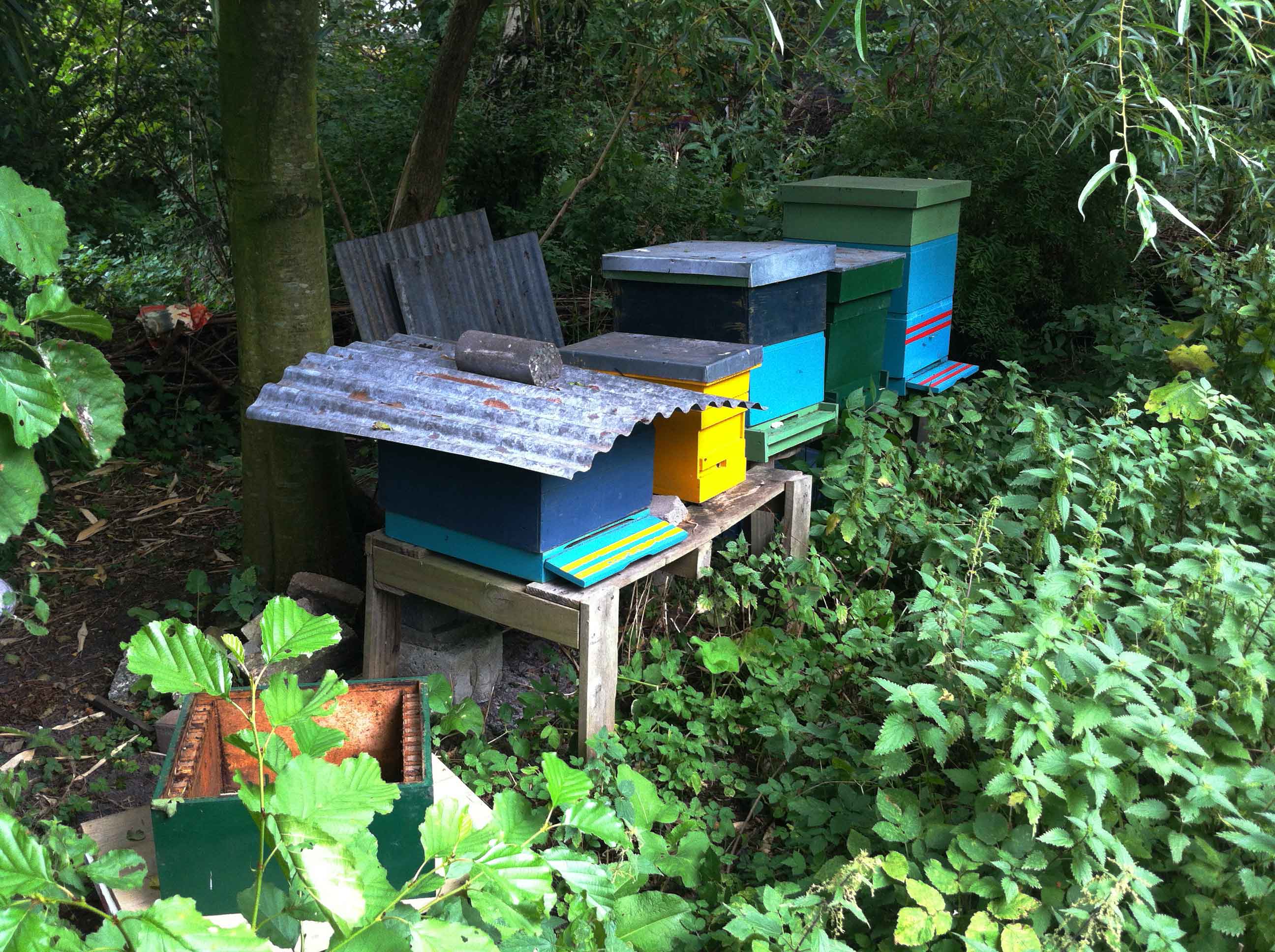 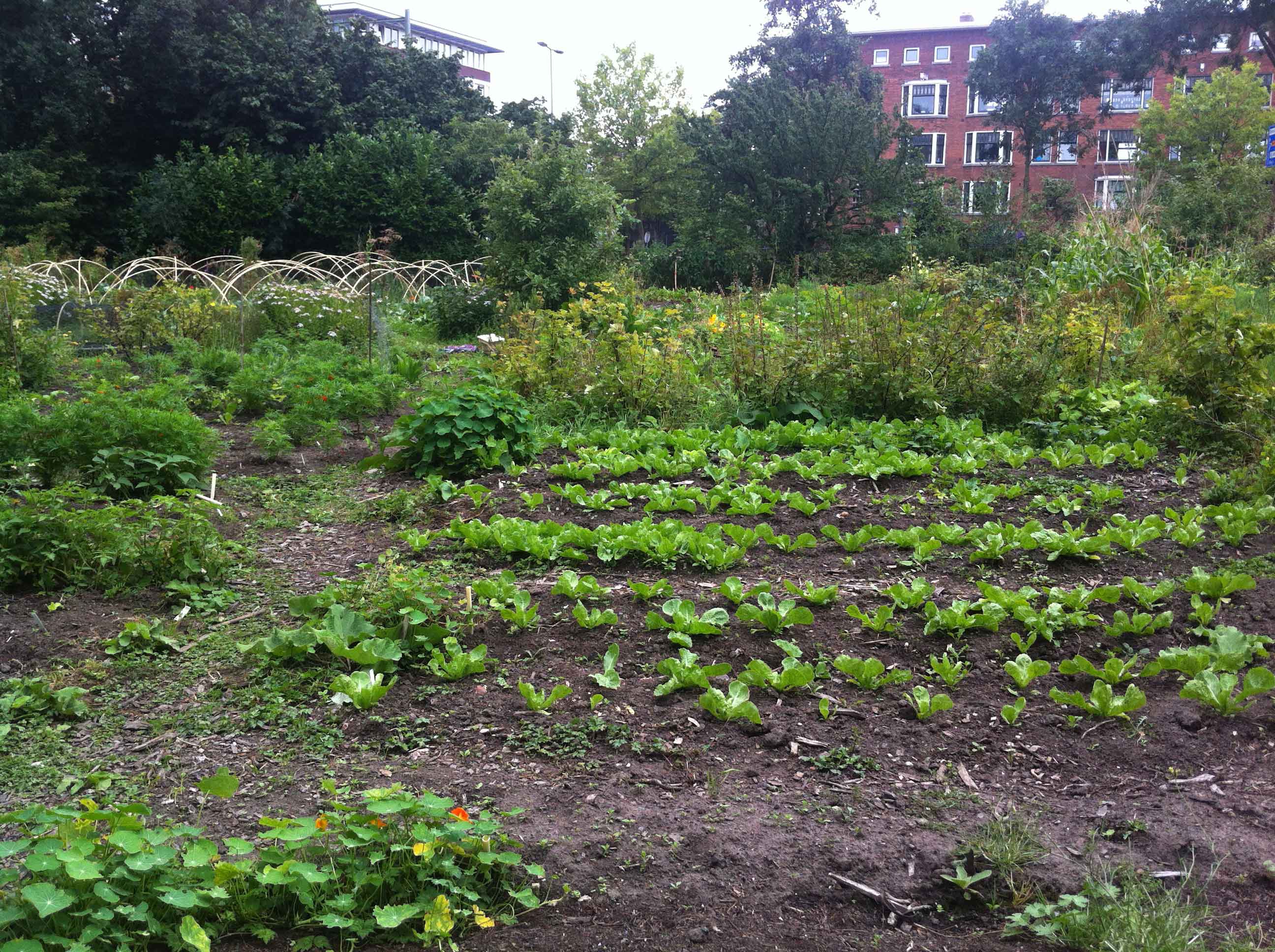 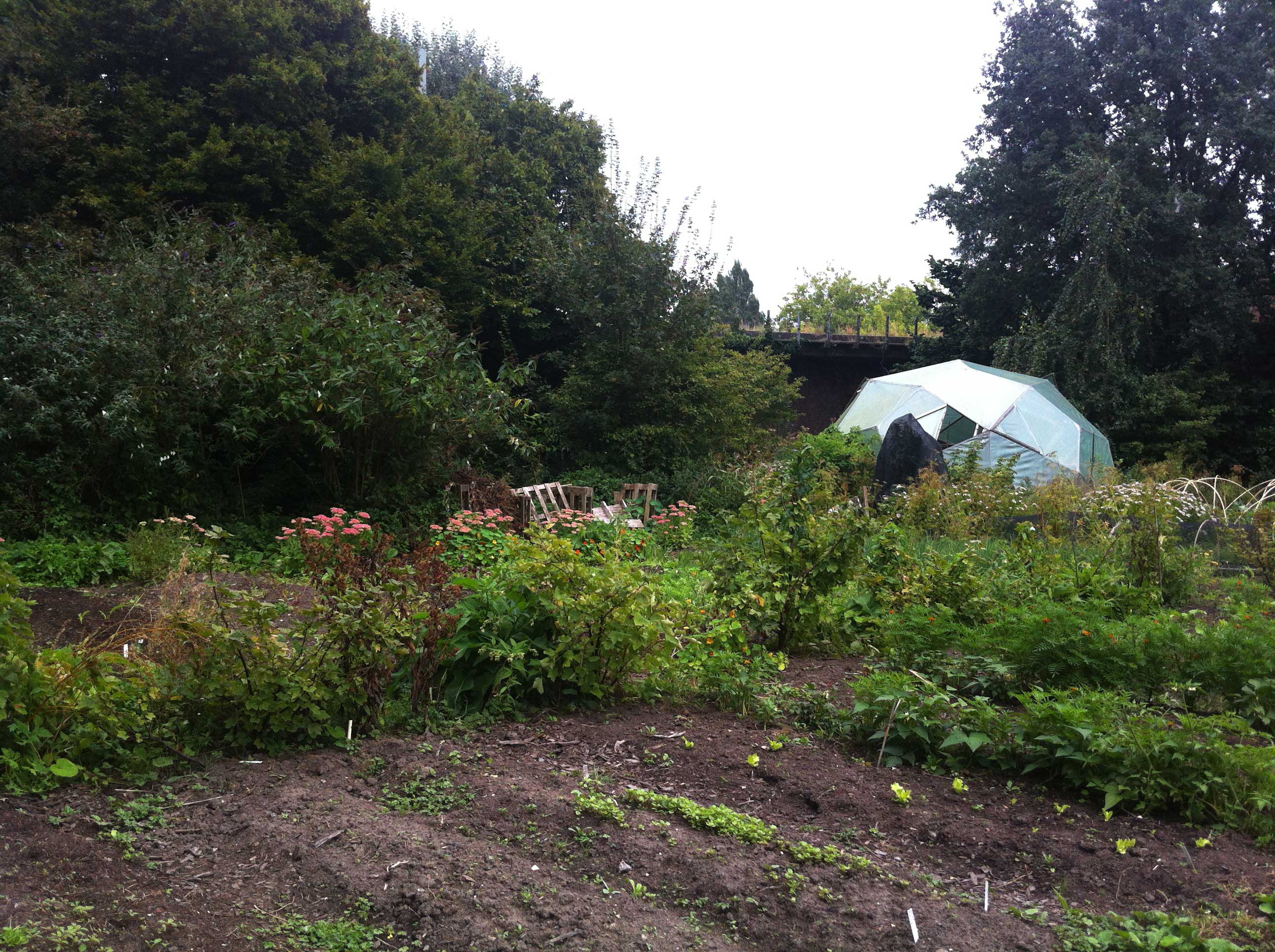 The hexagonal greenhouse and the garden - the old train rails behind 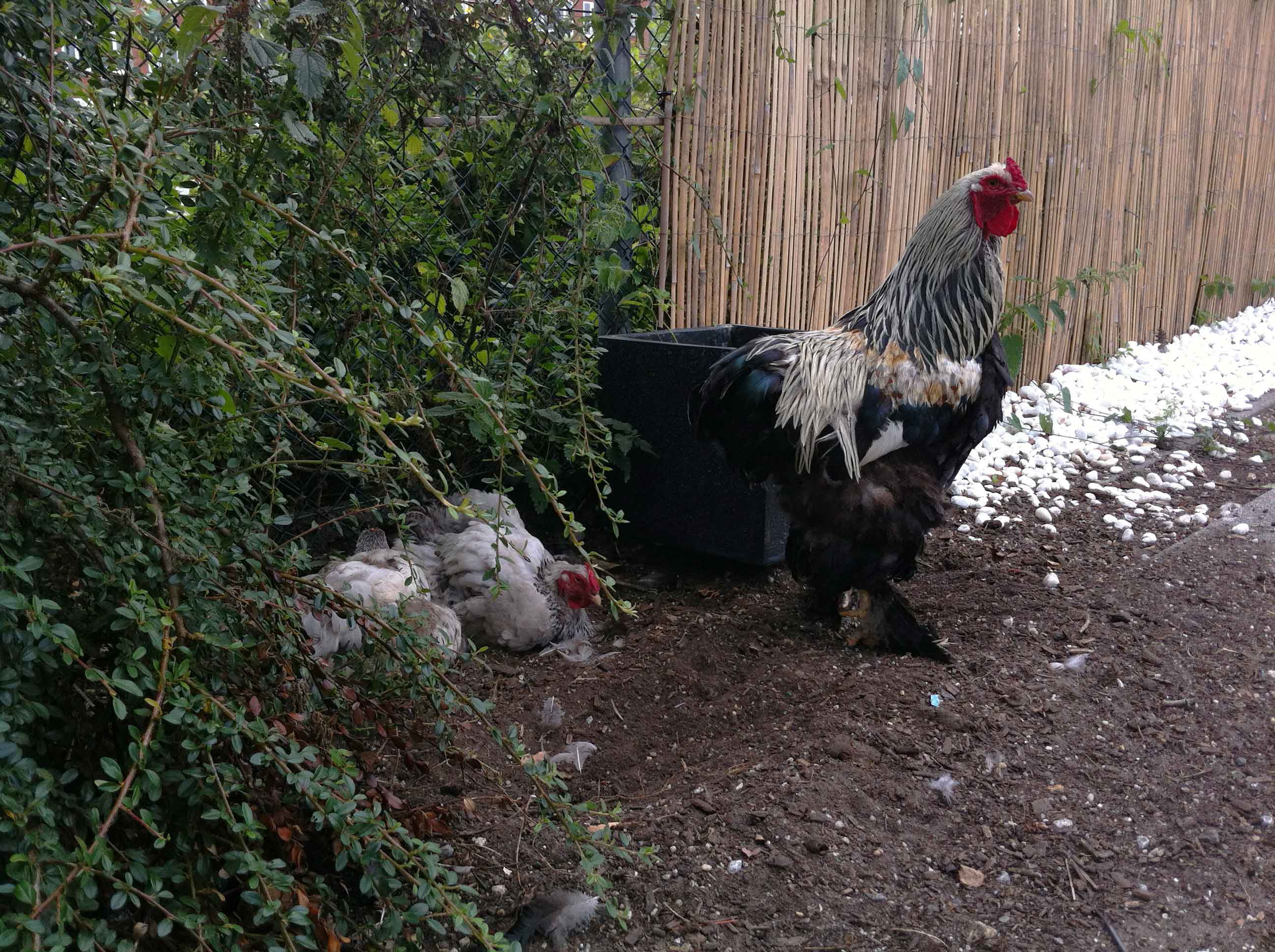 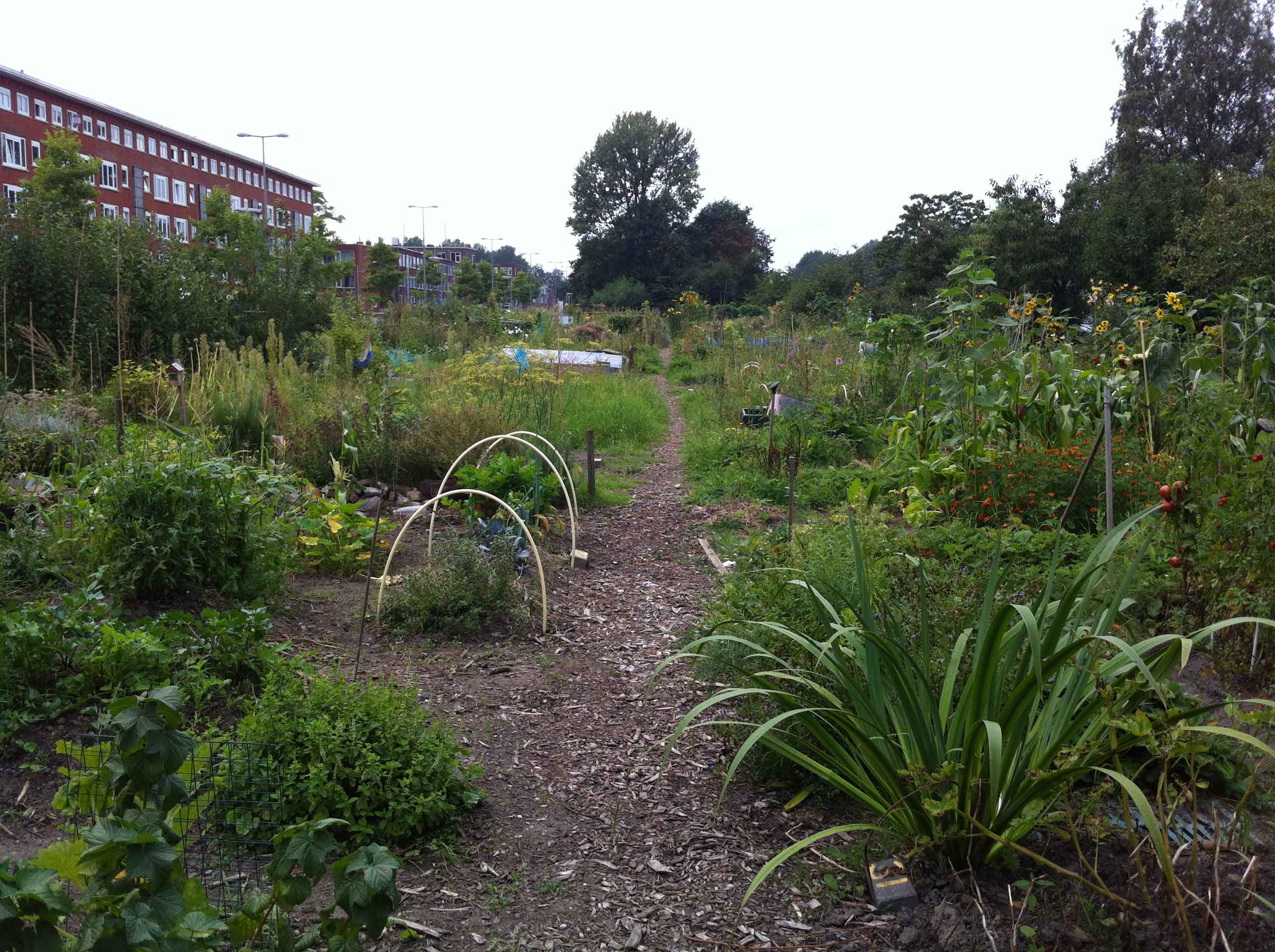 Rules and regulations of the Gordelweg gardens

A dried up thistle 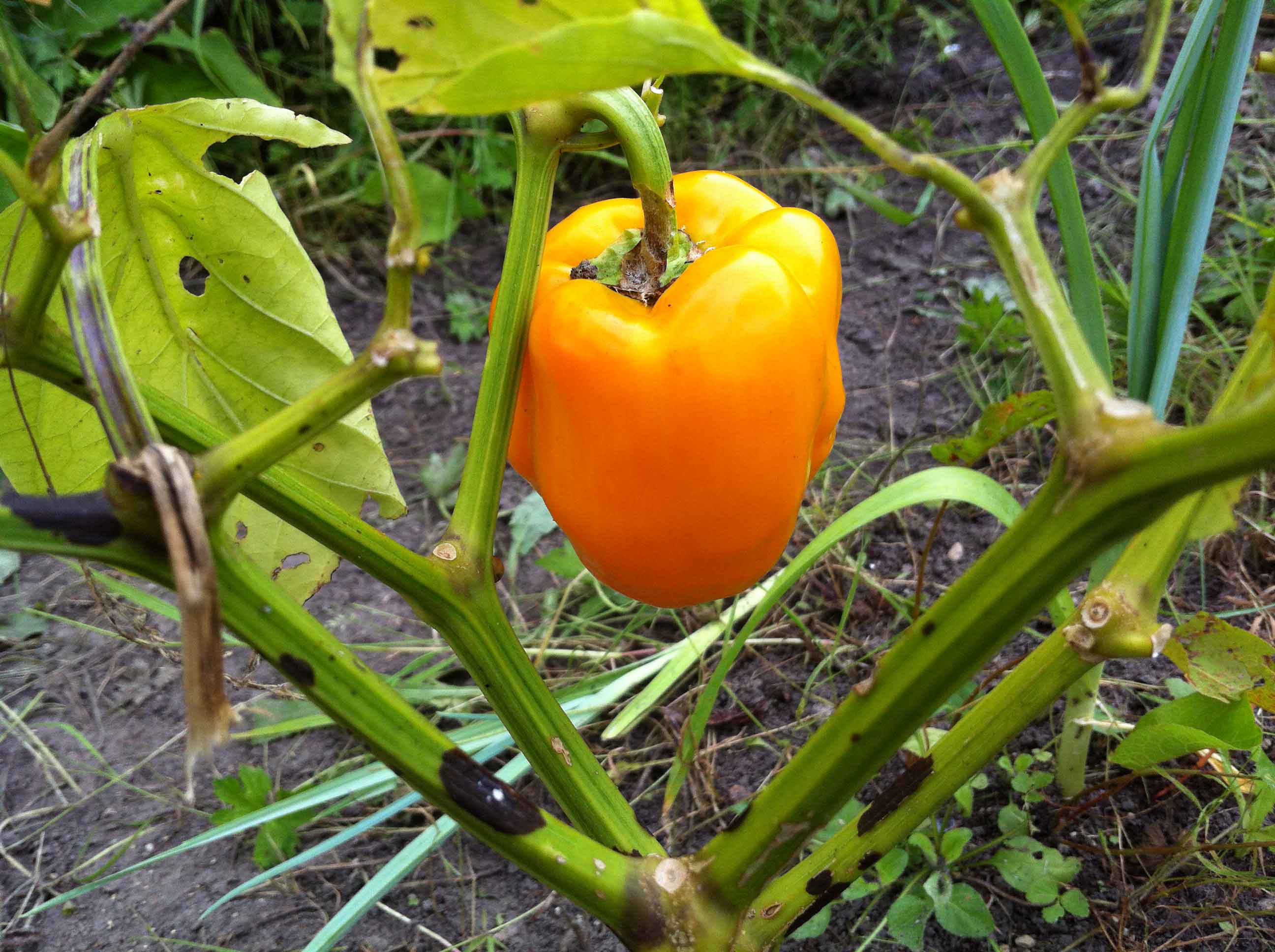 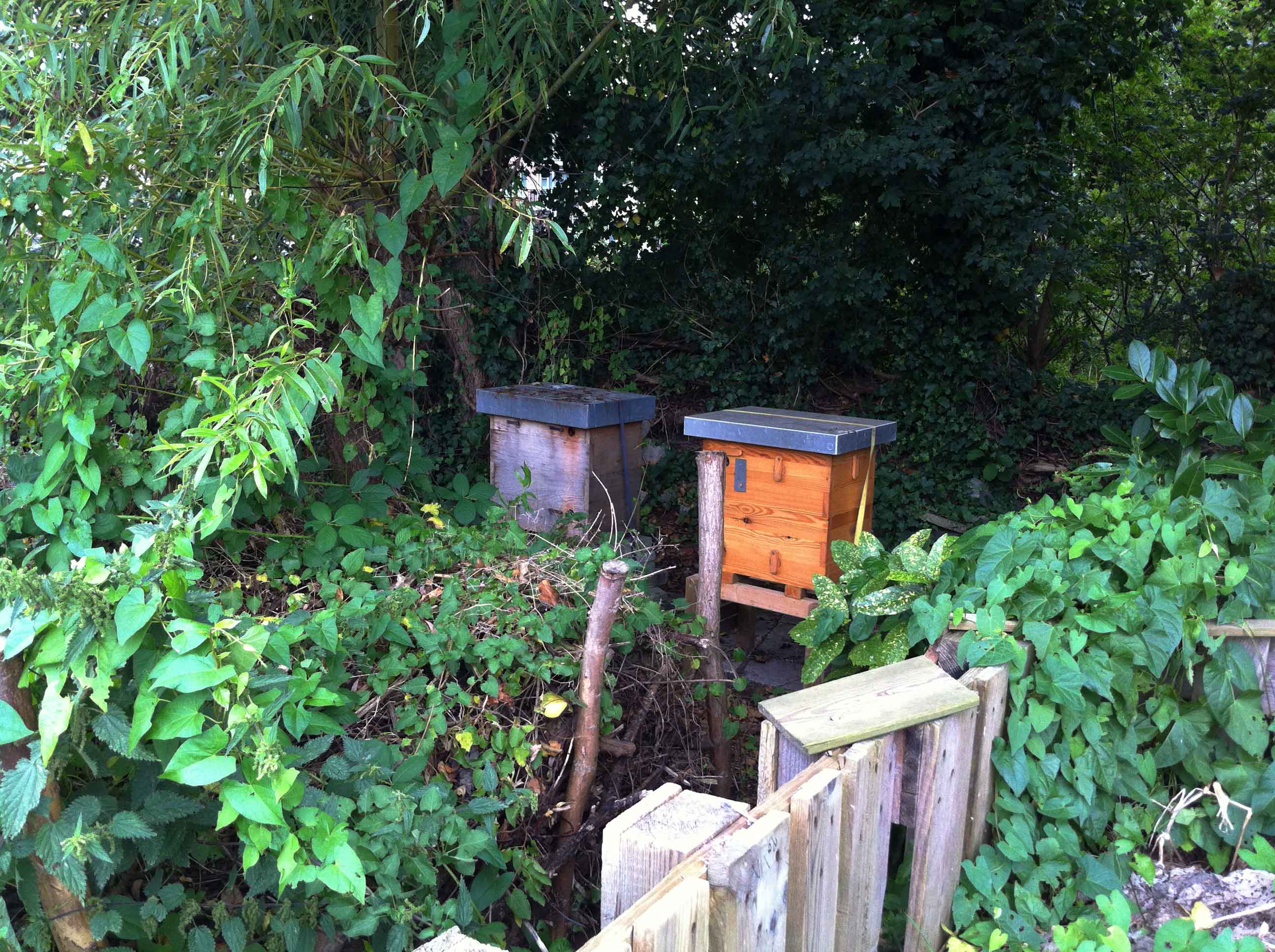 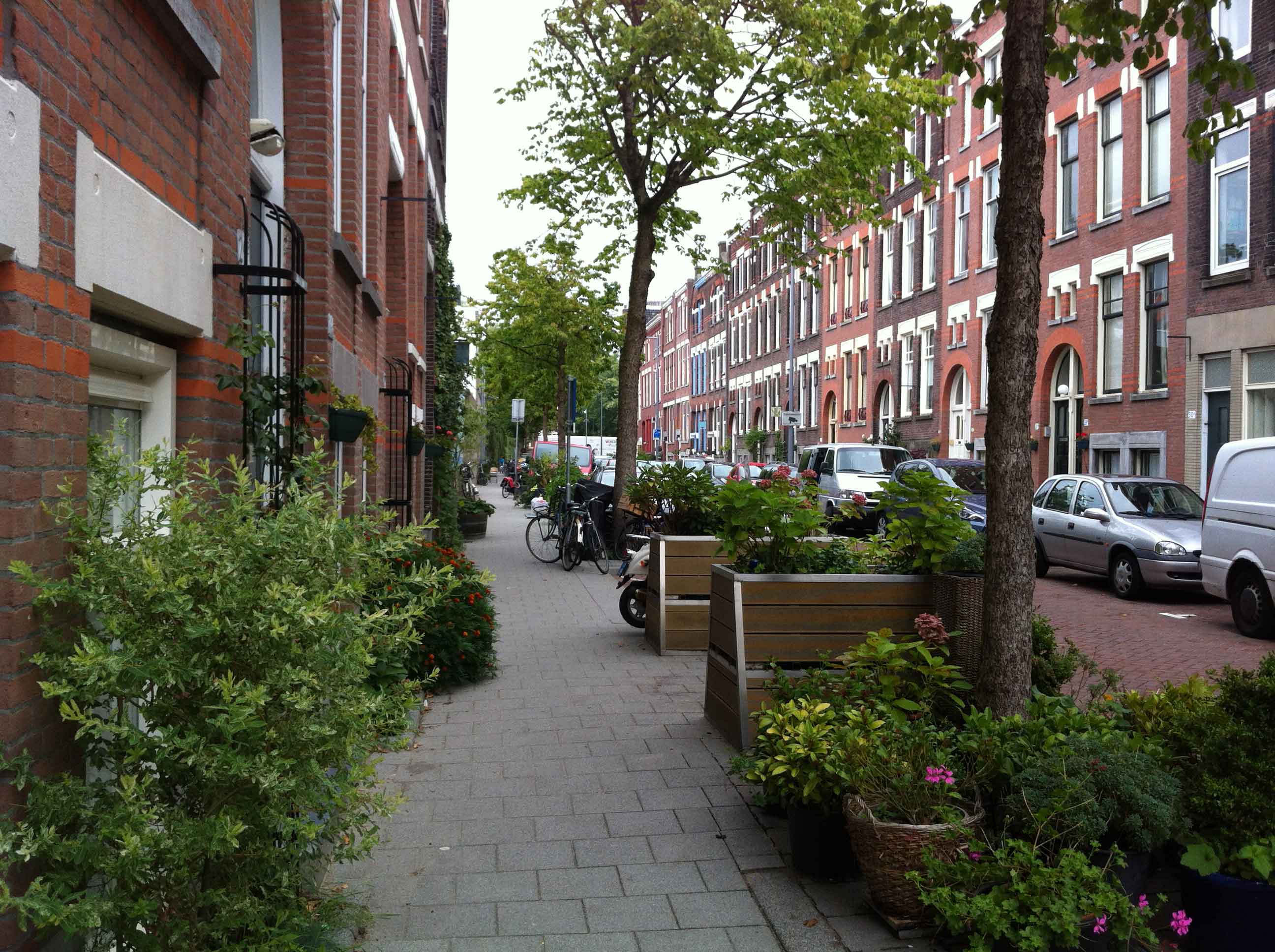 Harddraversstraat close to the Central Station
Categorised in: Gardening, Rotterdam
Leave your thoughts