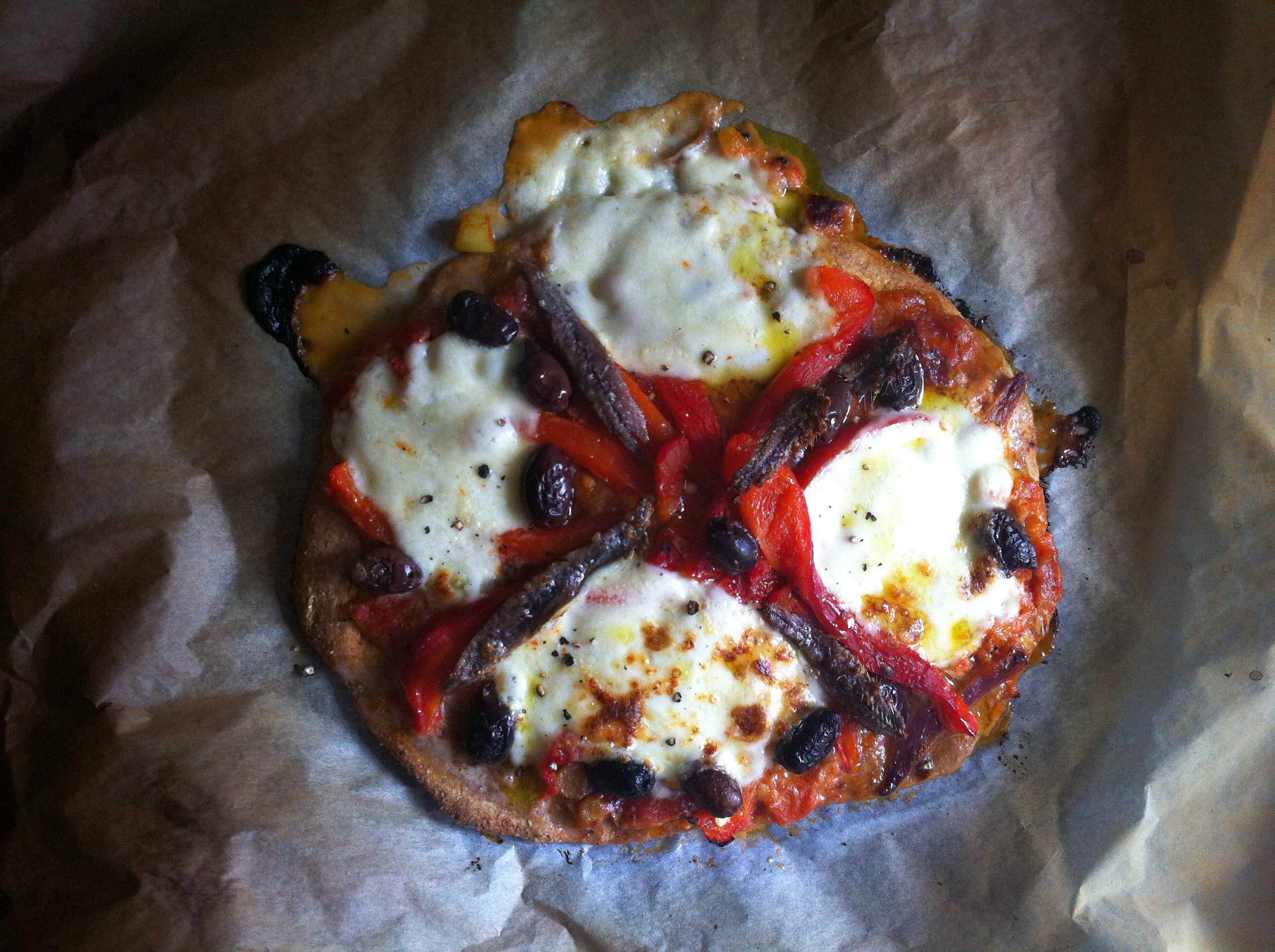 I made the dough myself. Not with white flour, but with wholemeal. A bit tougher, but i liked it. The recipe said it was for two pizza’s, but i divided it into four pieces. Was plenty for me.

Mix all the dry ingredients, make a well, fill with the olive oil and almost all the water. Stir with a wooden spoon. Add extra water if you need it. When it is all mixed, get it out of the bowl and start needing for around 10 minutes. Let it rise for an hour and a half.

Once it is risen, get it out, deflate it and divide into four parts. If you are really hungry, you can try 2 parts! Let the parts rise for another fifteen minutes.

You can put the parts you will not use in a plastic bag and put those in the fridge. Not sure how long they will stay good, my guess is about a week.

For a tomato sauce i sauteed some onion and leek, a bit of garlic and tiny bit of hot pepper i stil had in the fridge. I skinned and deseeded three tomatoes, sliced them up and added them. I let it simmer for around 20 minutes. I also put a bell pepper in the oven for around half an hour, put it inside a plastic bag when done and let it cool a bit. After that i skinned the pepper and sliced it finely.

I put the tomato sauce on the pizza, added the bell pepper slices. Only half a bell pepper i used, the other half i put in the fridge for the next day. I sliced up a piece of mozzarella and added them around. Some olives around them and finally 4 slices of anchovies.

In the meantime i had put my oven to its highest point. I put in the pizza, on the baking paper and let it bake for ten minutes.

After the pizza was done, i added some rocket on top and let it wilt for a minute or so. 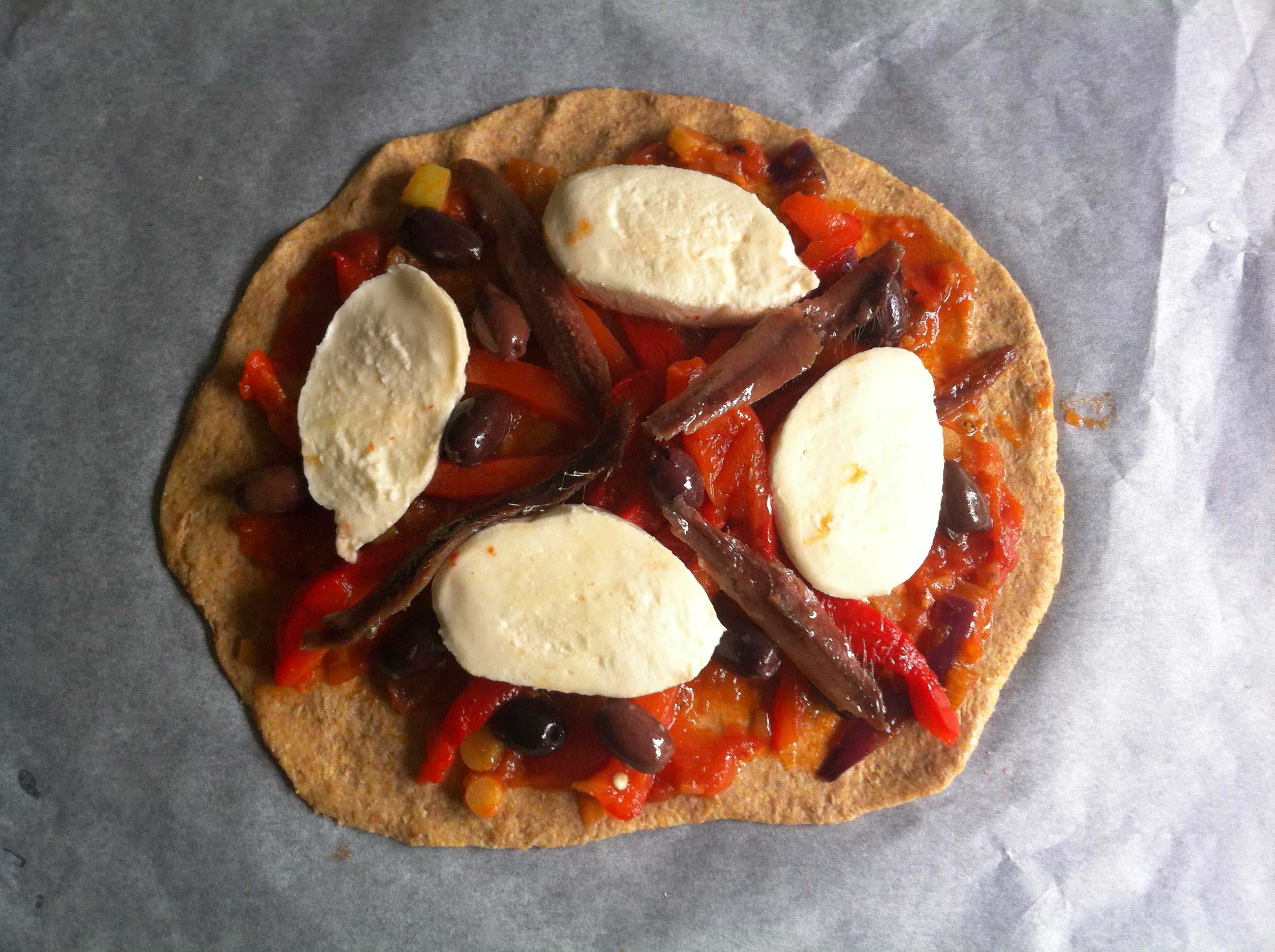 I will get some parma ham tomorrow for my new pizza. I can’t wait.