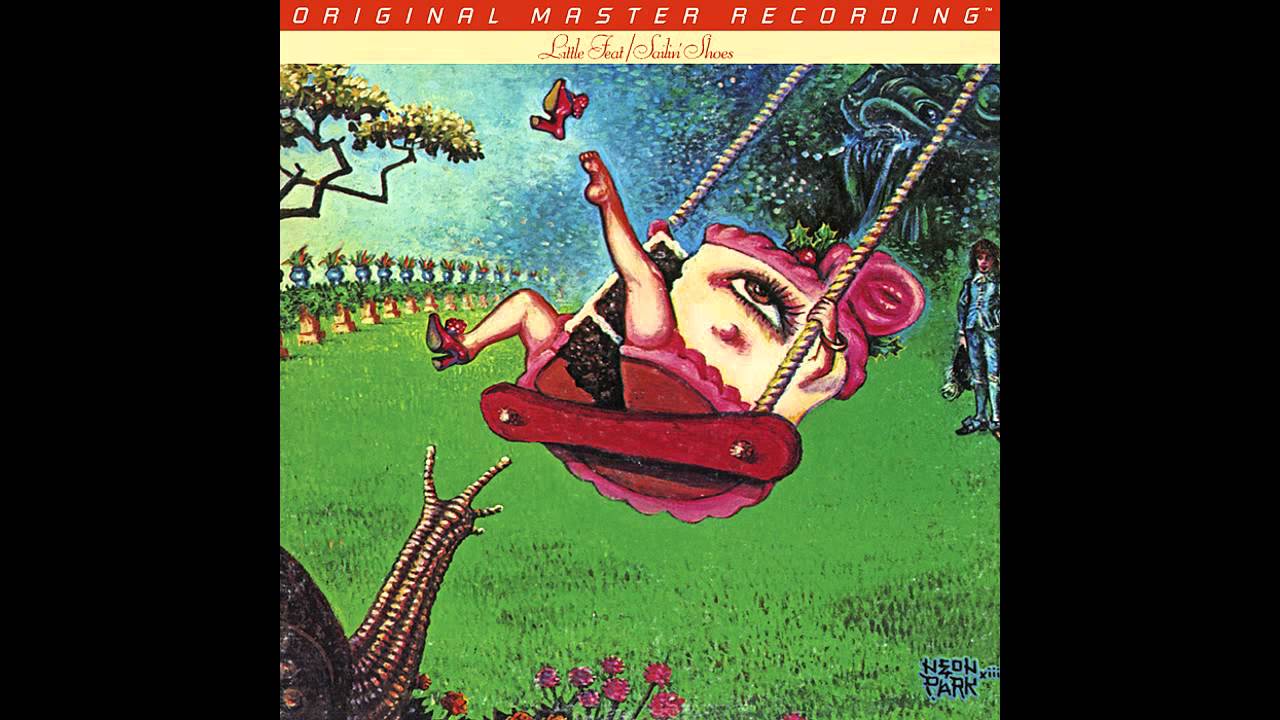 Little Feat is a band i got to know through my eldest sister, Marja. A memory i have is that she came home with a new album from Little Feat – could have been The Last Record Album or Time Loves a Hero – and telling me i would really like it. I did. For a few years anyway.

Only very much later, only a few years back, i learned Lowell George was a member of Frank Zappa’s Mothers of Invention. A bit surprised by this at first, it did make me realize that the music world is a tightly knit world.

Willin’ i always liked. I went through my four Little Feat albums and i was actually surprised i don’t have that song. It is on the album Sailing Shoes. It must have been one of the albums i sold when i was around seventeen years old. Something i started to regret twenty years later: i sold Stevie Wonder, Al Jareau, Supertramp, and so much more. I could have kicked myself for that.

Anyway, today i was lying on my couch and listening to some music on my headphones. Get up! first caught my ear. But then Willin’ came up. This is the one! Yes!

Willin’ – Little Feat
I been warped by the rain, driven by the snow
I’m drunk and dirty, don’t ya know?
And I’m still, willin’

And I was out on the road, late at night
I seen my pretty Alice in every headlight
Alice, Dallas Alice

And I’ve been from Tucson to Tucumcari, Tehachapi to Tonapah
Driven every kind of rig that’s ever been made
Driven the back roads so I wouldn’t get weighed

And if you give me, weed, whites and wine
And you show me a sign
I’ll be willin’ to be movin’

well, I’ve been kicked by the wind, robbed by the sleet
Had my head stoved in but I’m still on my feet
And I’m still, willin’

I smuggled some smokes and folks from Mexico
Baked by the sun, every time I go to Mexico
And I’m still

An’ I’ve been from Tuscon to Tucumcari, Tehachapi to Tonapah
Driven every kind of rig that’s ever been made
Driven the back roads so I wouldn’t get weighed

And if you give me, weed, whites and wine
An’ you show me a sign
An’ I’ll be willin’, to be movin’