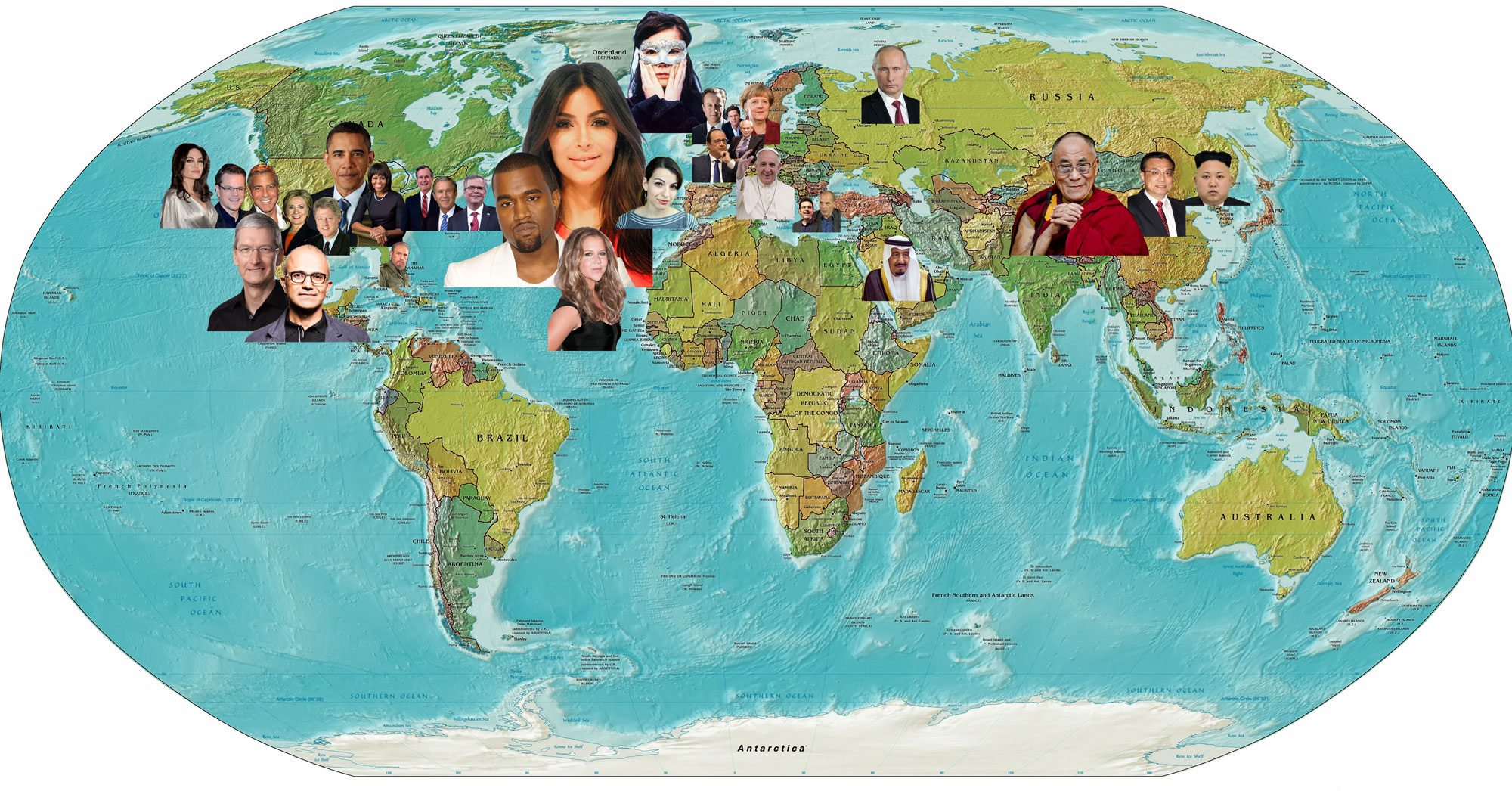 This is a phase 1. Today i spend a couple of hours working on this map. As you see in the above picture, vast areas haven’t been touched yet.

I started out with Barack Obama and Putin. They both still seem to me core people in the world’s events. But i also did add the Chinese president. Then the part closest to me, Europe. The three major political leaders, Merkel, Hollande and Cameron. I couldn’t leave out Rutte. He is Dutch. And Rompuy in the middle, as the European – hmm, not even sure what his function name is – aah.. President of the European Council. I also added the Greek prime minister Tsipras and the minister of finances Varoufakis. This week will be something, so they say, for the Greeks. I’m not sure about it. I’m not sure about the European Union in all honesty. I know it started out with good intentions, but to me it does seem to be growing out of proportion. But i also don’t know if there is a way back.

Then i went back the the States. I added the Clinton’s. Both yes. And the three Bushes, two former presidents and one supposedly running for it in the next election.

I did add Li Keqiang for China. To be honest, i don’t know much about Chinese politics and politicians. I do need to learn more!

I opened Time’s Top 100 list of Most Influential People.

Kanye West and Kim Kardashian. Kim is the biggest person on the entire map. As she is in the world.

Anita Sarkeesian! The gamer in me. I am subscribed to her youtube channel. I can still become angry at Gamergate. I simply couldn’t believe the toxic harassment coming out of it. Filthy!

Amy Schumer. She is new to me. I like her. Lots.

The Saudi Arabian King Salman bin Abdulaziz Al Saud. He was in the top 100 list. And Fidel Castro too.

The last one, Björk. I still love her music. And her dresses. And her make-up. Basically, almost everything about her. I know i haven’t followed her that much over the past ten fifteen years. But still, i do love her.

So, this is phase 1. I’ll keep adding more people. I have no scientist in there at all. I don’t know where this picture will end up, maybe it will be all covered with people! In Photoshop i am so careful! I have folders of the continents, and the pictures are made freestanding by making a mask. And each layer has the name of the person. I like that.

OK, i am going to watch the final episode of Game of Thrones season five now.

Enjoy your tuesday! Or whatever day your on 🙂

PS. Kim Jong Un is on North Korea too. Sorry, forgot about him.