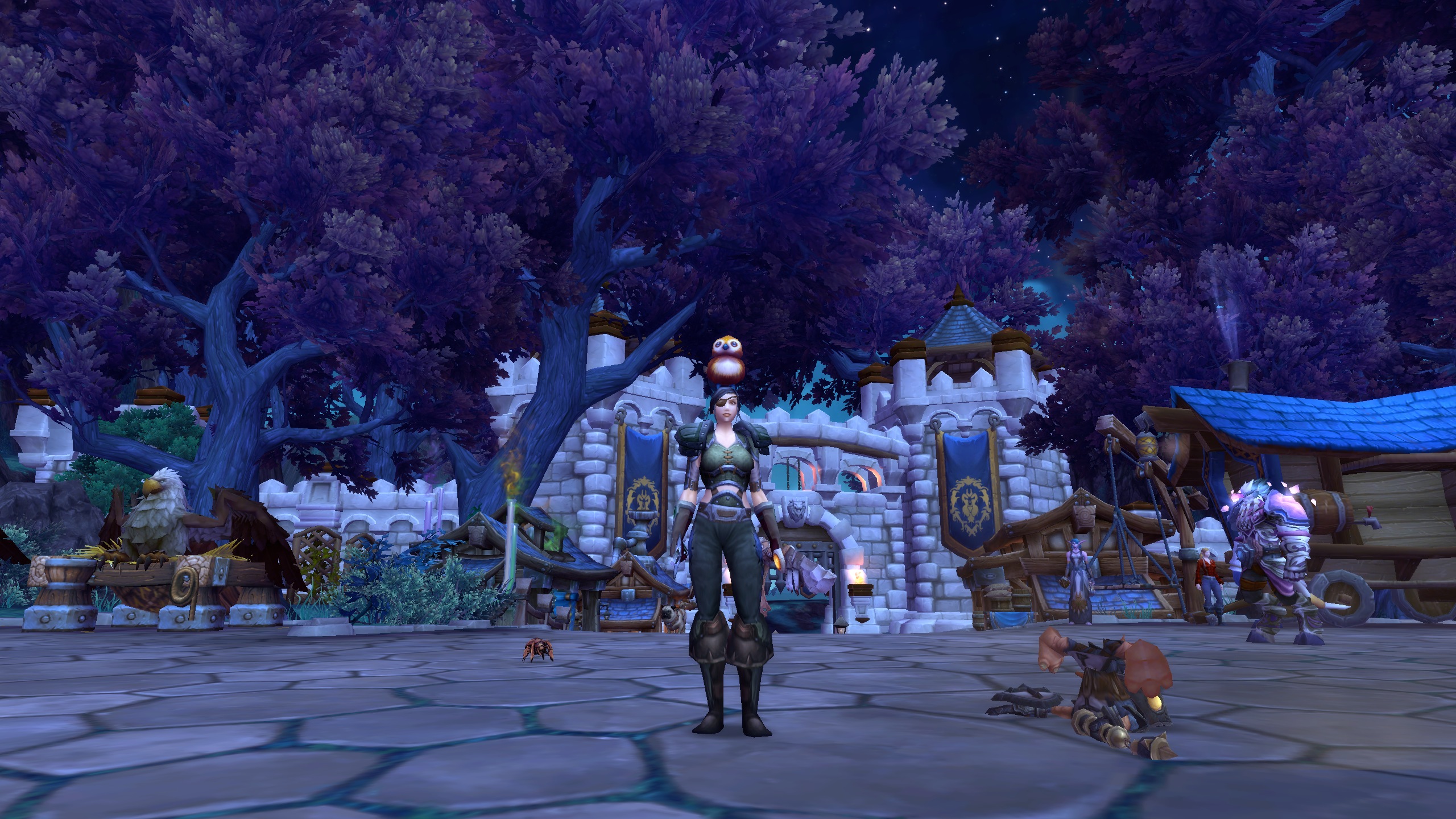 My life in World of Warcraft

I started out in World of Warcraft in June 2006. I had just bought a new Macbook on which i could actually play the game. A colleague showed me the game once at work. He flew somewhere where it was all leafy and green, and close to a sea. I was so intrigued. And i could play it on my mac.

For a couple of years i kept up a blog enwowment.com on my time in Warcraft, where you can read A short history of Rada, my main character. I even mentioned lfs.nl on the about page.

Raiding is a timewaster though, and the websites i used to work on before i played WoW are deadly silent. Someday i do hope to get back to lfs.nl, but that time is not now. 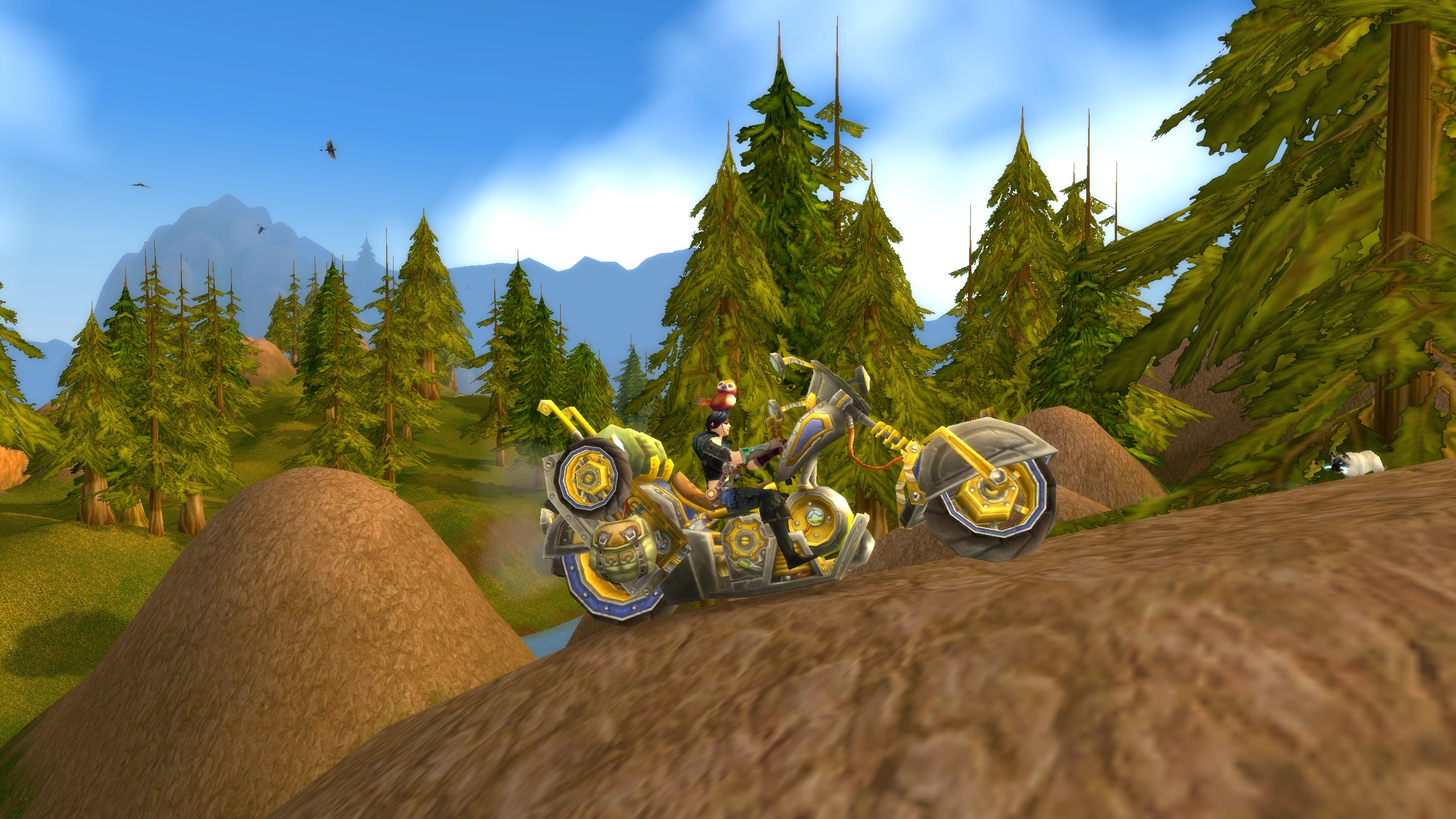 In the Hinterlands on my Mekgineer's Chopper i bought in Wrath with Mr. Bigglesworth who i got last year after getting all the pets from Nazzramas.

Enwowment.com only lasted for a year. It’s still online. I’m not sure what to do with it. I do like the domainname, which was made up by another colleague. I’ll just leave it up there. It doesn’t cost me that much money anyway. 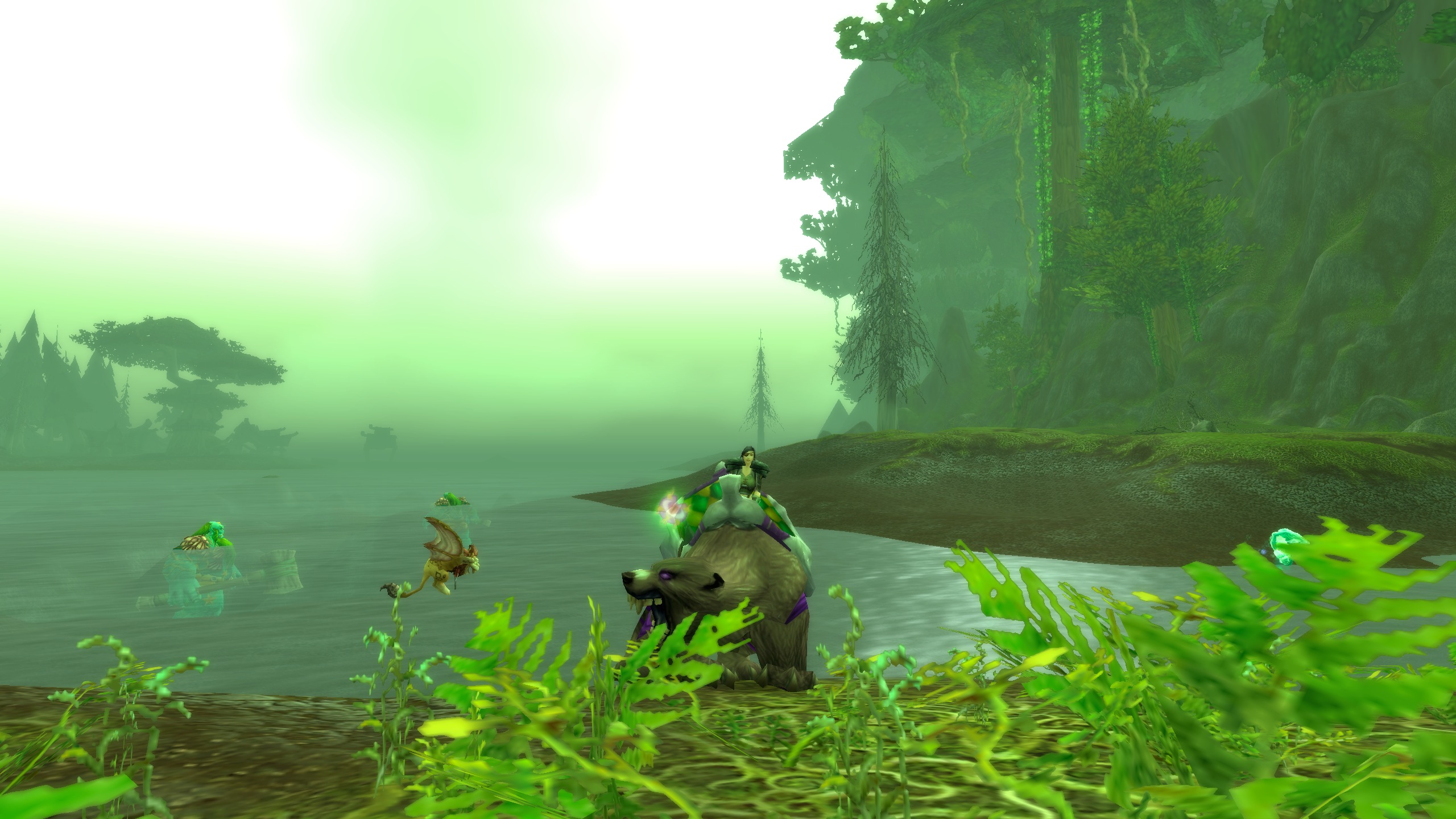 In Feralas on the Darkmoon Dancing Bear with my Wind Rider Cub which i got when i bought the two plushy toys from Blizzard.

So. Enwowment stopped in October 2009. This was a year before Cataclysm was released. My memory is a bit vague about this time. I do know the guild Ascended, where i had many friends in, collapsed in this time. Guildies spread out to other realms. For me, there was a time of quiet entering warcraft. I did join a post-Ascended guild called The Resurrected with a 10 men raiding team, but it just didn’t feel the same anymore. After a while i stopped playing warcraft completely for 10 months. That was around the time i started working freelance. 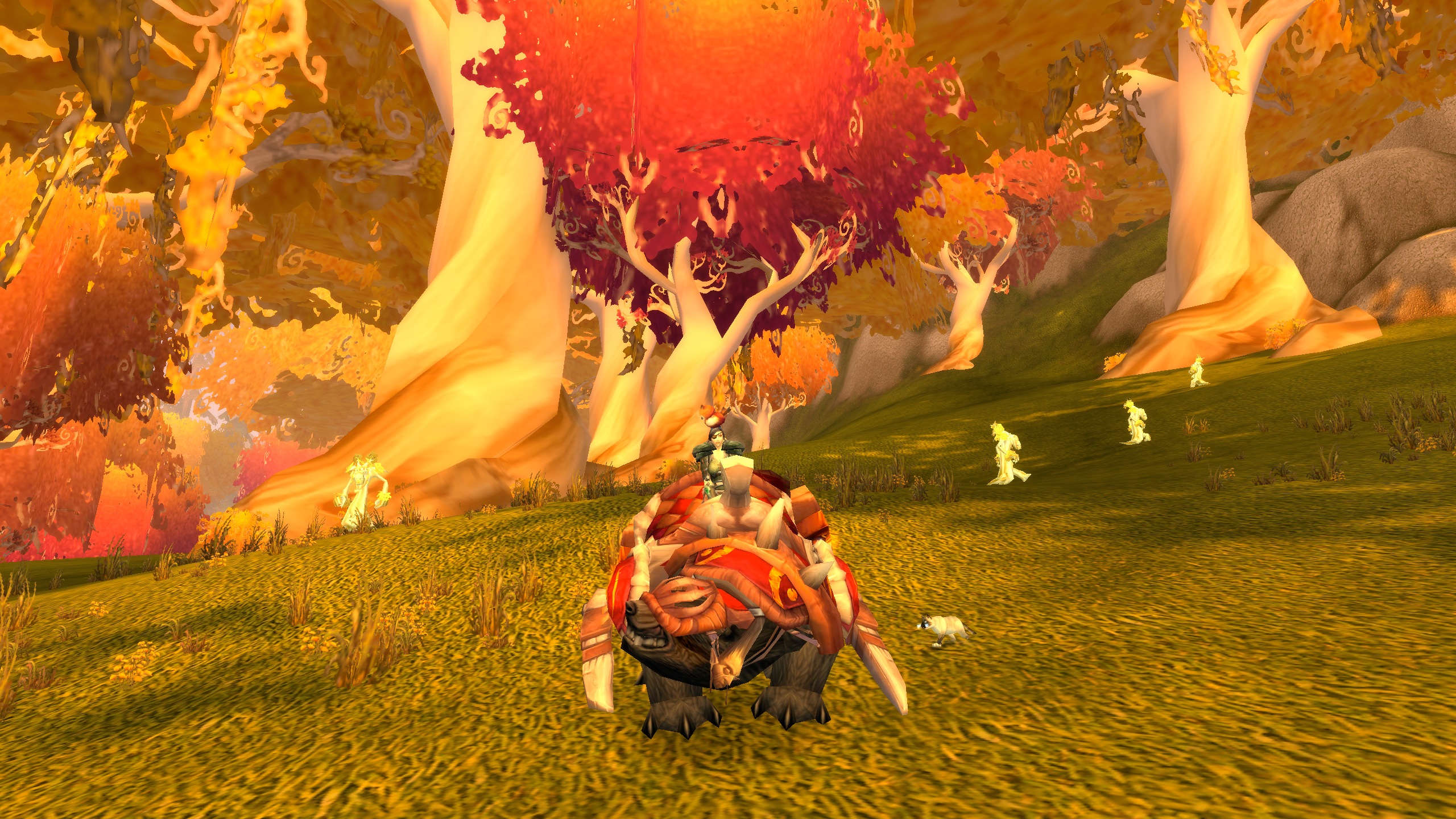 In Eversong Woods on the old Amani Battle Bear with Mr. Bigglesworth.

I did get back though. Hard to resist! I was guildless for a while. I did see an old guildie who was in a guild The Wanderers. I talked to him, applied and got in. As a social member first, but in Pandaria i started raiding again. It wasn’t that hard anymore, like it was in the Burning Crusade and Wrath of the Lich King. The rules weren’t so tight anymore. To my surprise there were also lots of dutch people in the guild, even quite a few who lived close to Rotterdam. So i actually did meet a couple of them. 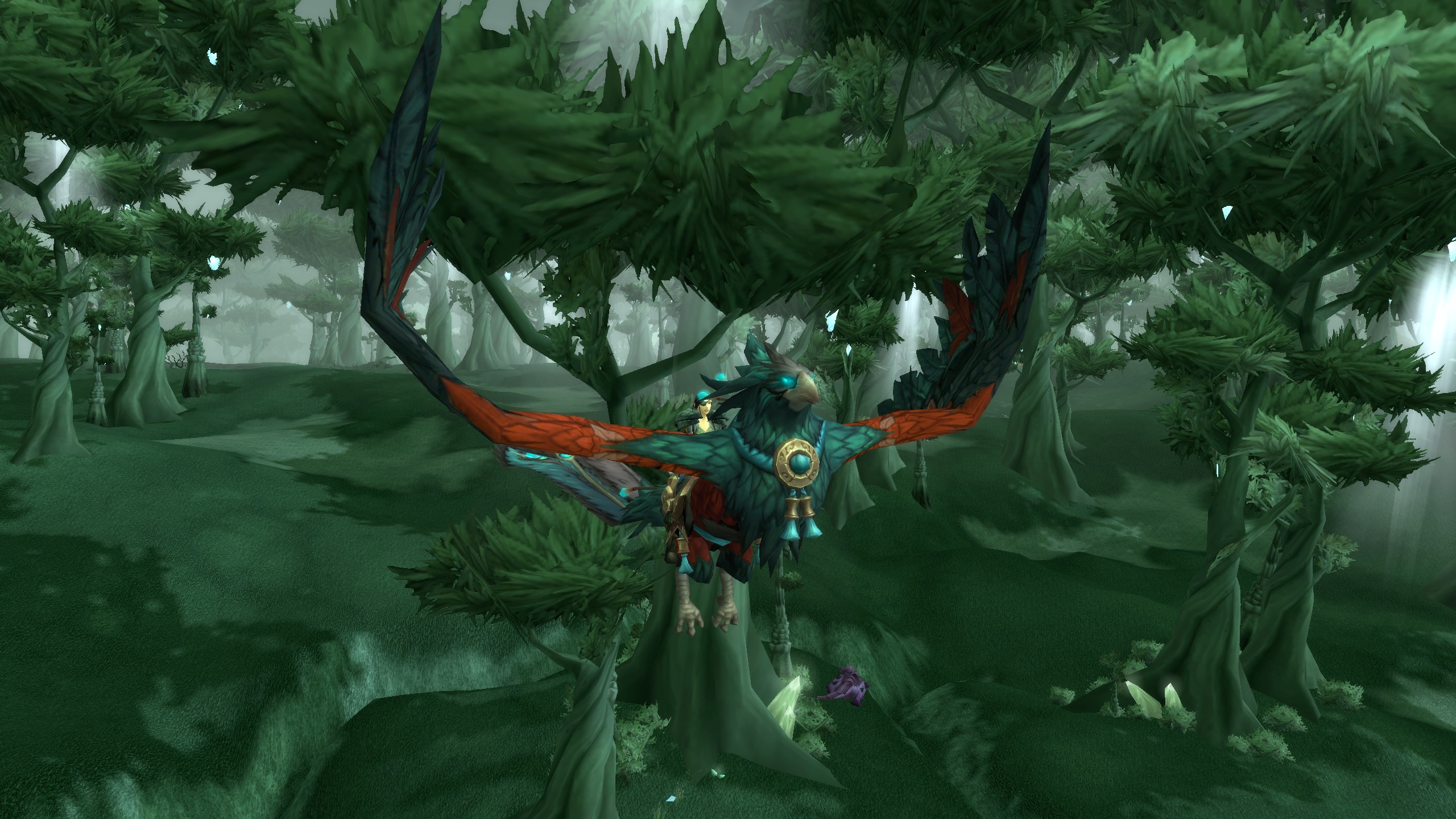 In Terokkar Forest in the old Outlands on a Crimson Pandaren Phoenix. No pet.

So when Draenor was released, i knew i wanted to take it slow. I wanted to have an easy time leveling, enjoy the content and not be worried about gear or professions. So i stopped raiding all together. 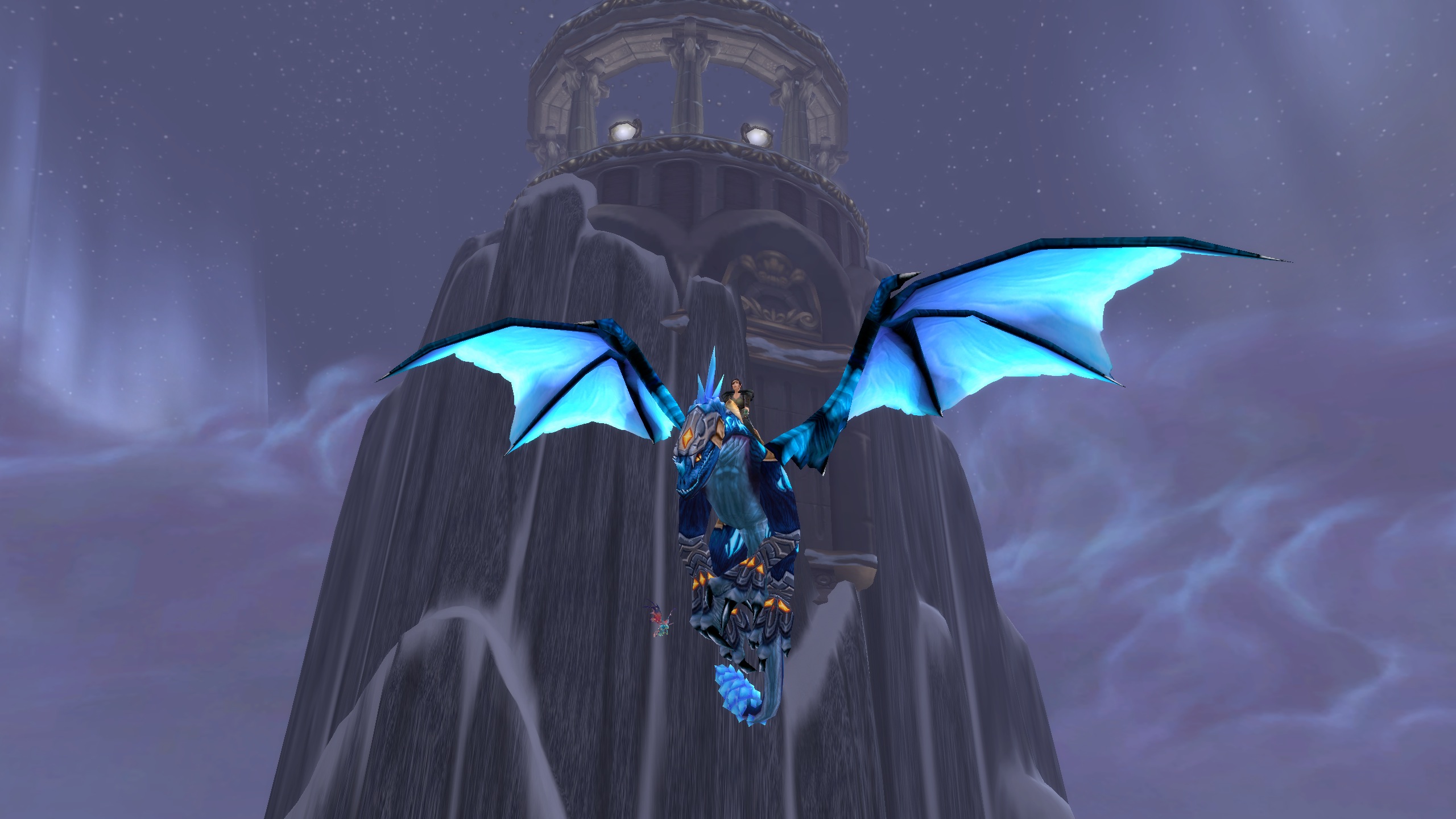 In Storm Peaks in Northrend on a Azure Drake which i got with my lucky roll in a raid on Malygos in Wrath of the Lich King with my lovely Sprite Darter Hatchling which i got way back in vanilla doing the now obsolete quest in Feralas for it.

And now i’m thinking. With lfs.nl finally finished and ellenpronk.com starting up, a site i feel very energetic about, it might be time to say goodbye. I’m actually doing memory runs, going through the old content, listening to the music, remembering how it was when it was current.

I went through the game this afternoon and made the screenshots you see with this post. I made many friends. People i talked to about little things, large things, life, the game, the internet and anything that cropped up.

I gave myself a bit more time to say goodbye. I got two months of active subscription left, that’s plenty. But then yes, it will be time for me to say bye bye. Or o/. Or /hug. 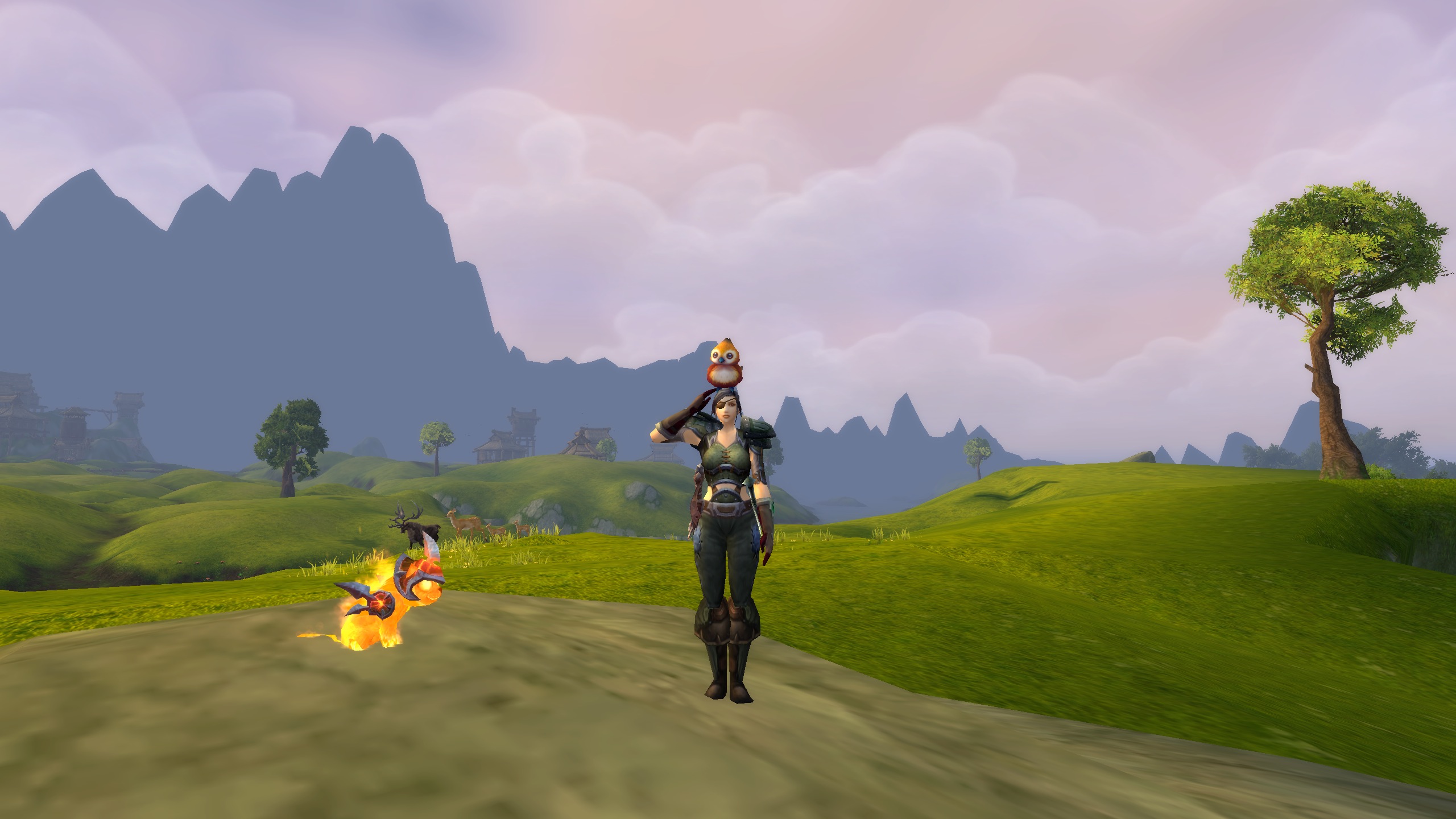 In the Valley of the Four Winds in Pandaria saluting with my lovely little fiery Cinder Kitten. Ooh, and thats Pepe on my head, the pet you can get to wear for an hour in the garrison.

The picture at the top of this post is of Rada standing in the garrison in Shadowmoon Valley in Draenor with Murkalot standing on his head besides her. My transmog is going back to vanilla with mostly greens.