David Bellemere is the photographer of the images at the start of this post. These sort of images are all over Vogue, Marie Claire, Elle and many other magazines published all over the world.

The faces of all these gorgeous girls have the same expression in almost any photograph; their mouth slightly open, moist, looking into the camera, or not at all, staring into their own make believe world, a smile, or not, enjoying flowers, or a drink, or an ice cream. And of course their bodies. Their soft glowing beautiful bodies with the light gliding over it with their erect nipples and clean shaved pussy.

Their faces are waiting. Longing for a brief touch of contact. Sitting closed up in the paper.

They make you wish you are one of them. The glorious exquisite girls blemishfree, no bubble of fat around them. Immaculate make up. Their bodies twisted into a heartfelt cry for attention. 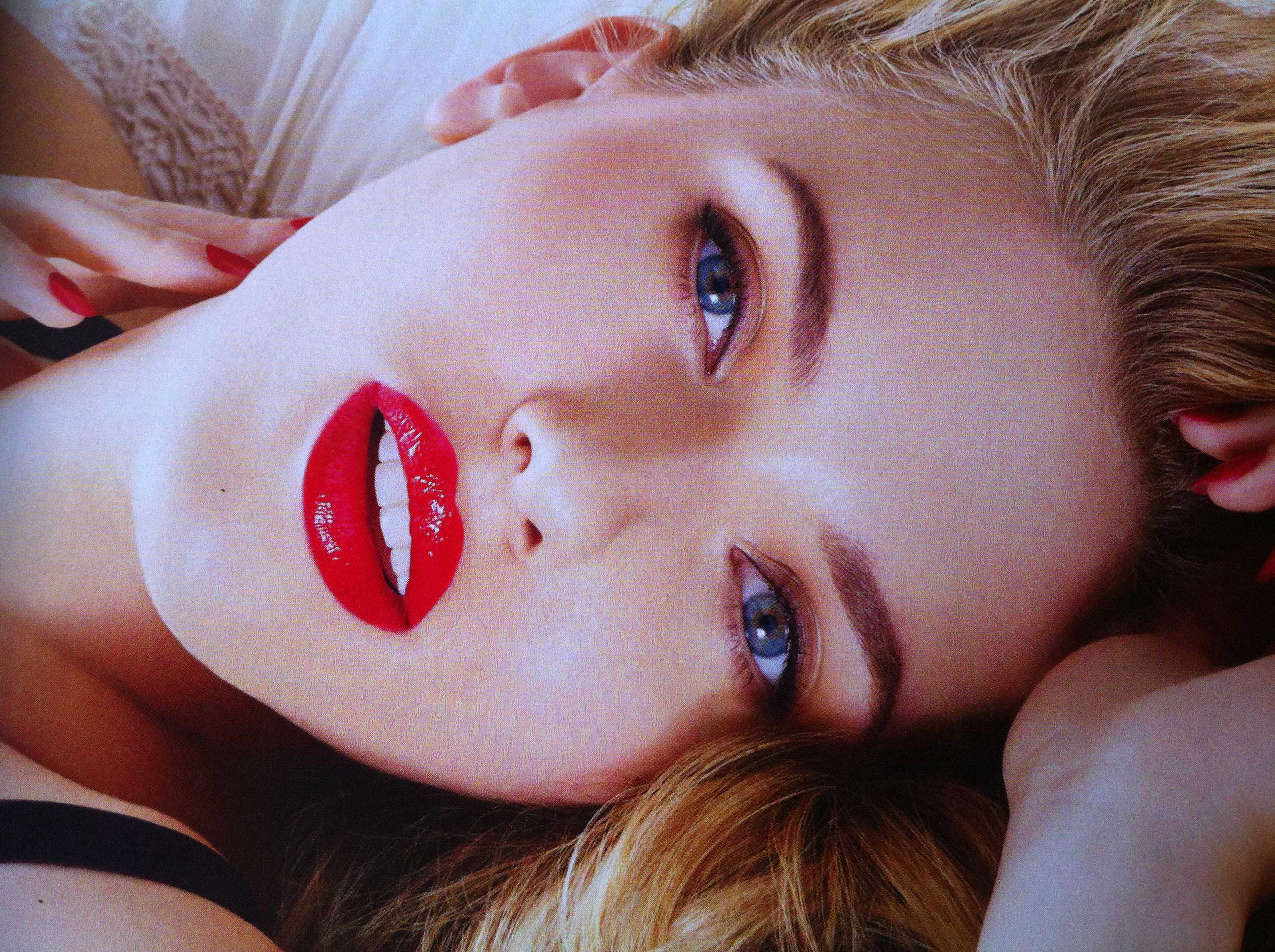 Eroticism (from the Greek ἔρως, eros—”desire”) is a quality that causes sexual feelings, as well as a philosophical contemplation concerning the aesthetics of sexual desire, sensuality and romantic love. That quality may be found in any form of artwork, including painting, sculpture, photography, drama, film, music or literature. It may also be found in advertising. The term may also refer to a state of sexual arousal or anticipation of such – an insistent sexual impulse, desire, or pattern of thoughts. 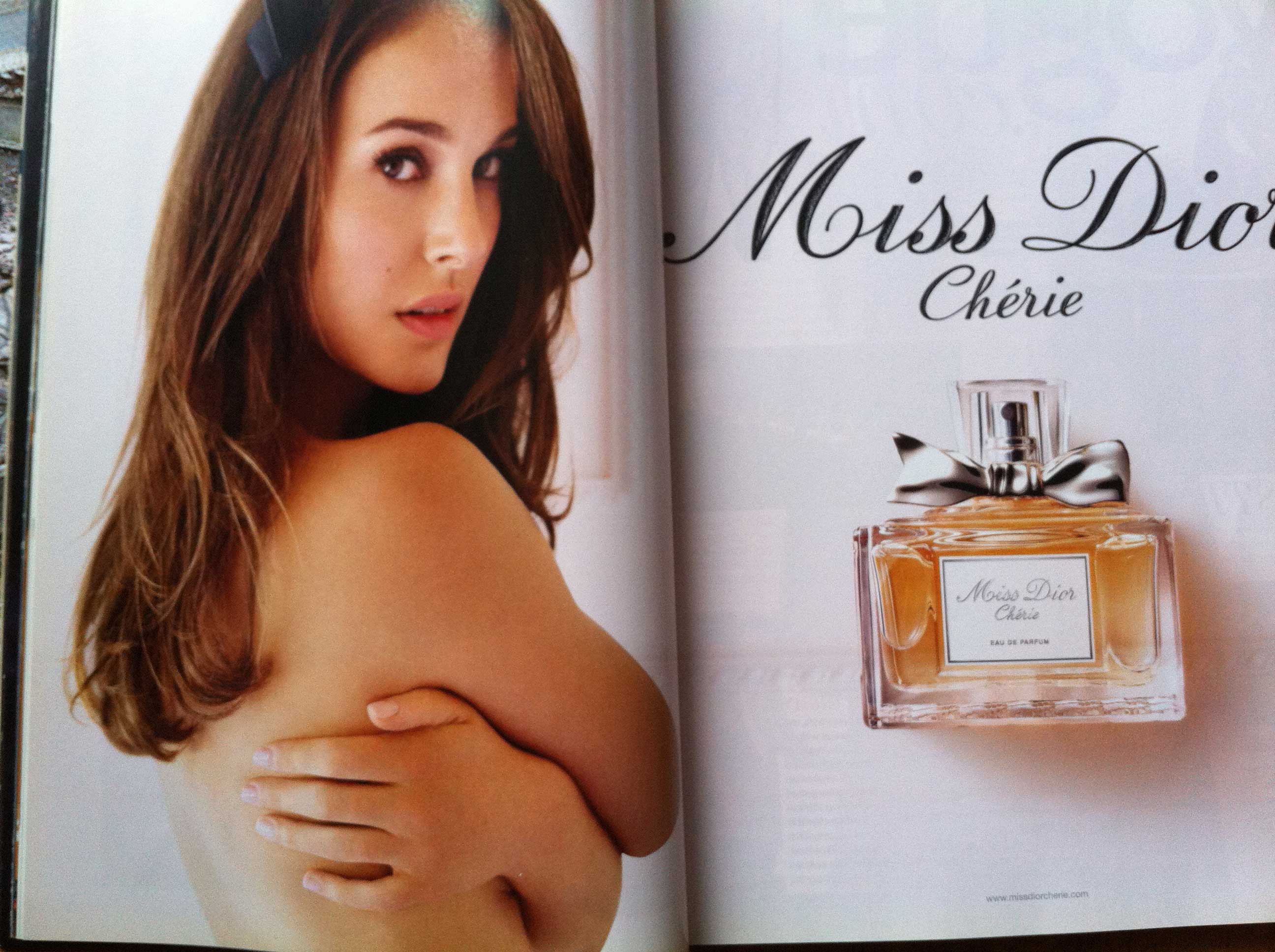 Stripping naked is the decisive action. Nakedness offers a contrast to selfpossession, to discontinuous existence, in other words. It is a state of communication revealing a quest for a possible continuance of being beyond the confines of the self. Bodies open out to a state of continuity through secret channels that give us a feeling of obscenity. Obscenity is our name for the uneasiness which upsets the physical state associated with self-possession, with the possession of a recognised and stable individuality. Through the activity of organs in a flow of coalescence and renewal, like the ebb and flow of waves surging into one another, the self is dispossessed, and so completely that most creatures in a state of nakedness, for nakedness is symbolic of this dispossession and heralds it, will hide; particularly if the erotic act follows, consummating it.

Stripping naked is seen in civilizations where the act has full significance if not as a simulacrum of the act of killing, at least as an equivalent shorn of gravity. In antiquity the destitution (or destruction) fundamental to eroticism was felt strongly and justified linking the act of love with sacrifice. When I come to religious eroticism which is concerned with the fusion of beings with a world beyond everyday reality I shall return to the significance of sacrifice. Here and now, however, I must emphasise that the female partner in eroticism was seen as the victim, the male as the sacrificer, both during the consummation losing themselves in the continuity established by the first destructive act. 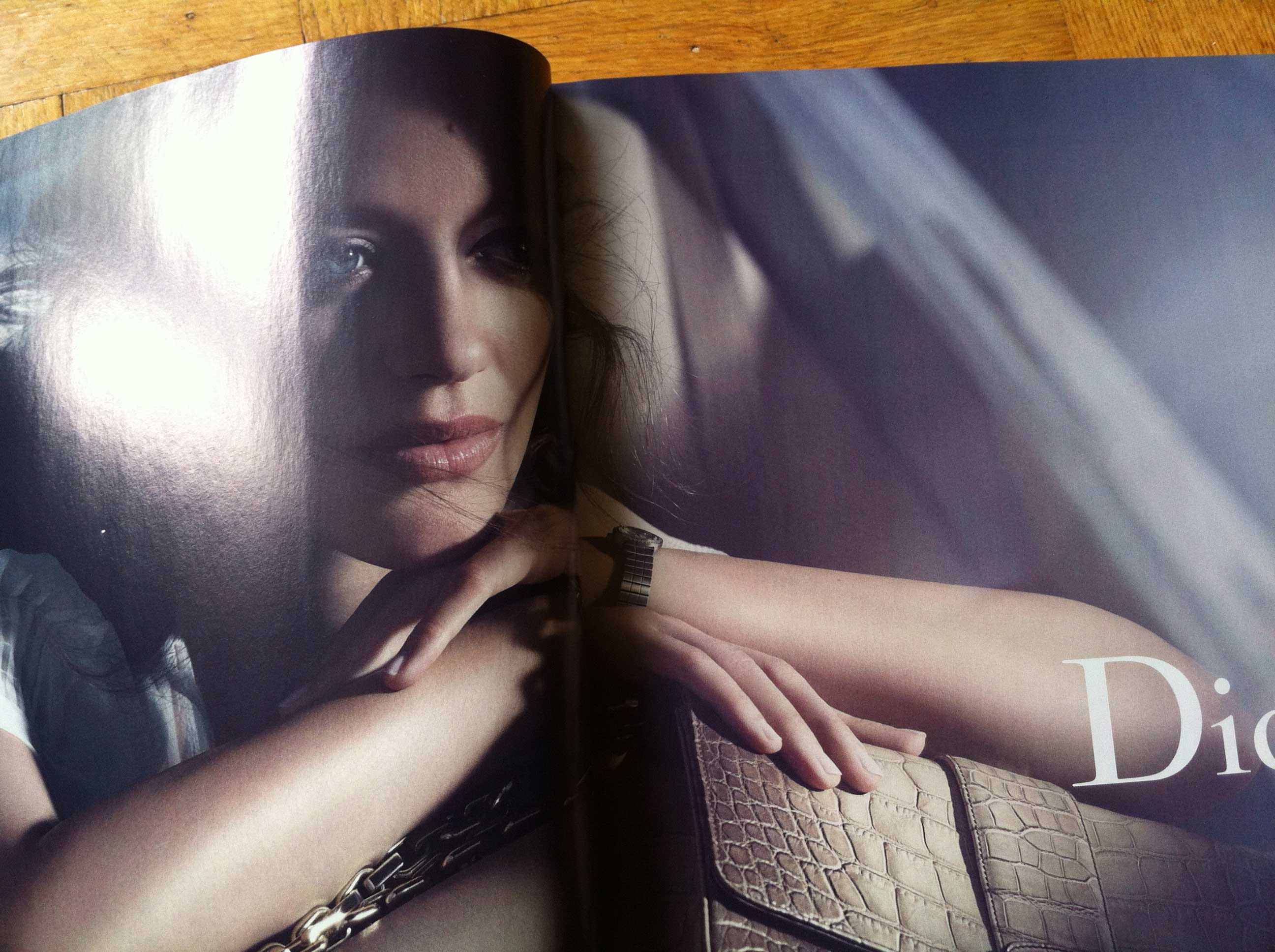 If the union of two lovers comes about through love, it involves the idea of death, murder or suicide. This aura of death is what denotes passion… Through the beloved appears something I shall refer to in a moment in speaking of religious or sacred eroticism, to wit, full and limitless being unconfined within the trammels of separate personalities, continuity of being, glimpsed as a deliverance through the person of the beloved.

…Erotic activity, by dissolving the separate beings that participate in it, reveals their fundamental continuity, like the waves of a stormy sea. In sacrifice, the victim is divested not only of clothes but of life (or is destroyed in some way if it is an inanimate object). The victim dies and the spectators share in what his death reveals. This is what religious historians call the element of sacredness. This sacredness is the revelation of continuity through the death of a discontinuous being to those who watch it as a solemn rite. A violent death disrupts the creature’s discontinuity; what remains, what the tense onlookers experience in the succeeding silence, is the continuity of all existence with which the victim is now one. Only a spectacular killing, carried out as the solemn and collective nature of religion dictates, has the power to reveal what normally escapes notice…
“There is no better way to know death than to link it with some licentious image”

…I think I can make my ideas on continuity more readily felt, ideas not to be fully identified with the theologians’ concept of God, by reminding you of these lines by one of the most violent of poets, Rimbaud.

Elle est retrouvée.
Quoi? L’eternité.
C’est la mer allée
Avec le soliel.
[It is now refound!
What? eternity.
It is the sea commingled
With the sun.] (from A Season in Hell)

Poetry leads to the same place as all forms of eroticism — to the blending and fusion of separate objects. It leads us to eternity, it leads us to death, and through death to continuity. Poetry is eternity; the sun matched with the sea. 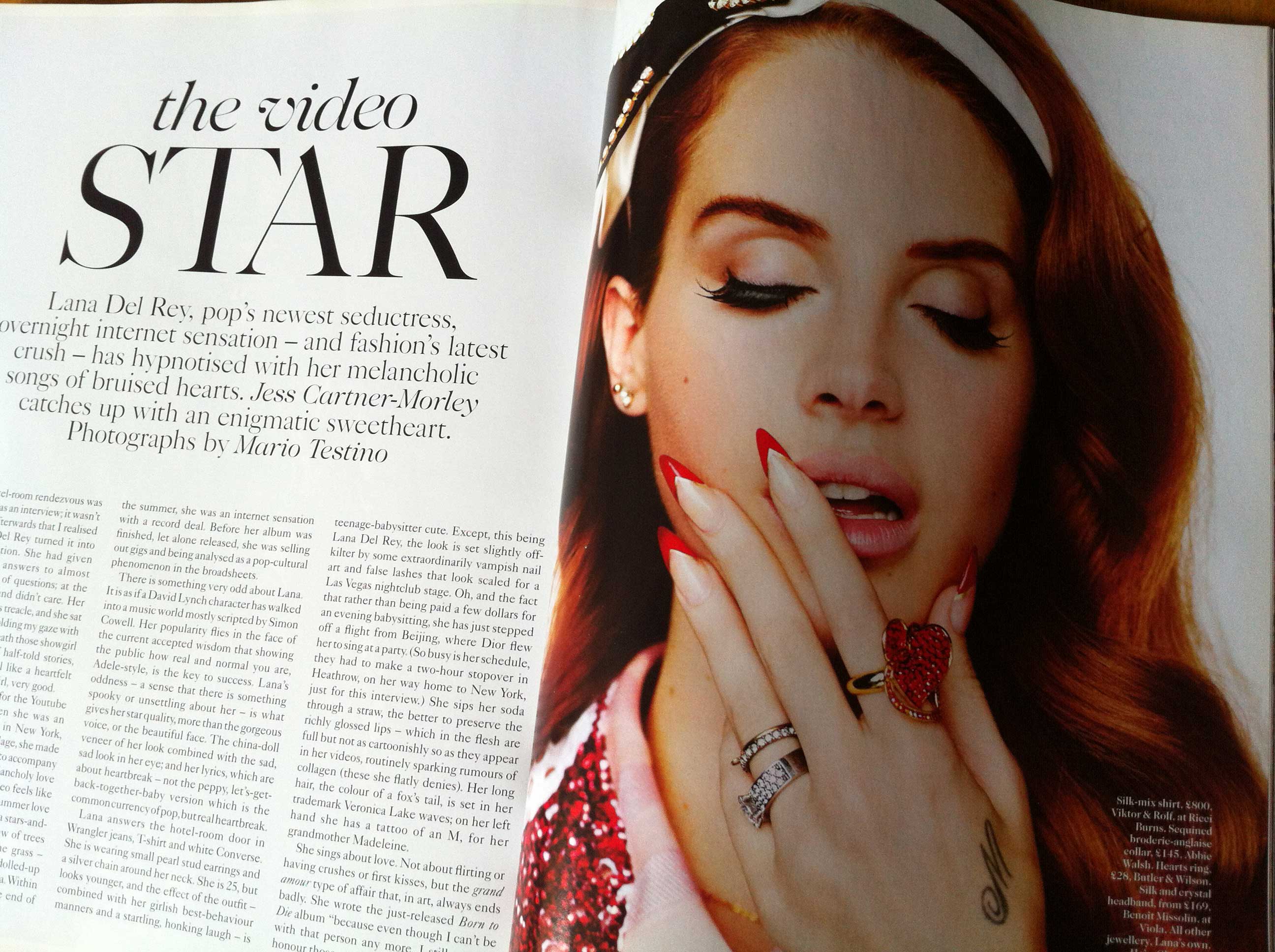 1. A female is responsible for her desire, pleasure, eroticism, and orgasm. Developing a unique sexual voice is a woman’s challenge. It is not the man’s responsibility to “give her an orgasm”.

5. “Foreplay”-where the man stimulates the woman to get her ready for intercourse-increases self-consciousness and performance anxiety. The experience of “pleasuring”- which emphasizes mutuality and sharing-facilitates desire and orgasm.

7. You can develop your unique “sexual voice”-being aware of what facilitates and what subverts healthy sexuality. Take an active role in verbally and non-verbally making requests and guiding your partner.

8. The prescription for satisfying sexuality is intimacy, pleasuring, and eroticism. Traditionally, female sexual socialization has underplayed eroticism. Eroticism is integral to orgasm and satisfaction.

10. You cannot say “yes” to healthy sexuality unless you have the right to say “no” to sex. You are free to initiate the transition from pleasuring to intercourse and to guide intromission.

12. Many women hope to use pro-sexual medications when they become available to enhance sexual desire and orgasm. Medication can be a valuable resource, but it is not a stand-alone “magic pill”. The pro-sex medication needs to be integrated into your couple sexual style of intimacy, pleasure, and eroticism.

13. Many women, especially after 40, use some form of additional lubrication (usually estrogen or water-based). This facilitates intercourse, but is not a substitute for subjective arousal.

15. Develop comfort with your desire, pleasure, eroticism, orgasm pattern. Sexuality is about experiencing and sharing pleasure, it is not a performance to have a “G” spot orgasm, multiple orgasms, a “vaginal” orgasm, extended orgasm, or whatever is the new performance fad.

18. It is unrealistic to expect orgasm during each sexual experience; you are not a sexual machine. Female sexuality is more variable and flexible than male sexuality. On average, women are orgasmic during 70 per cent of sexual encounters. Satisfaction involves orgasm, but is much more than orgasm.

20. Remember, sexuality is not about proving anything to yourself, your partner, or anyone else. Sexuality is about sharing desire, pleasure, eroticism, orgasm, and satisfaction.