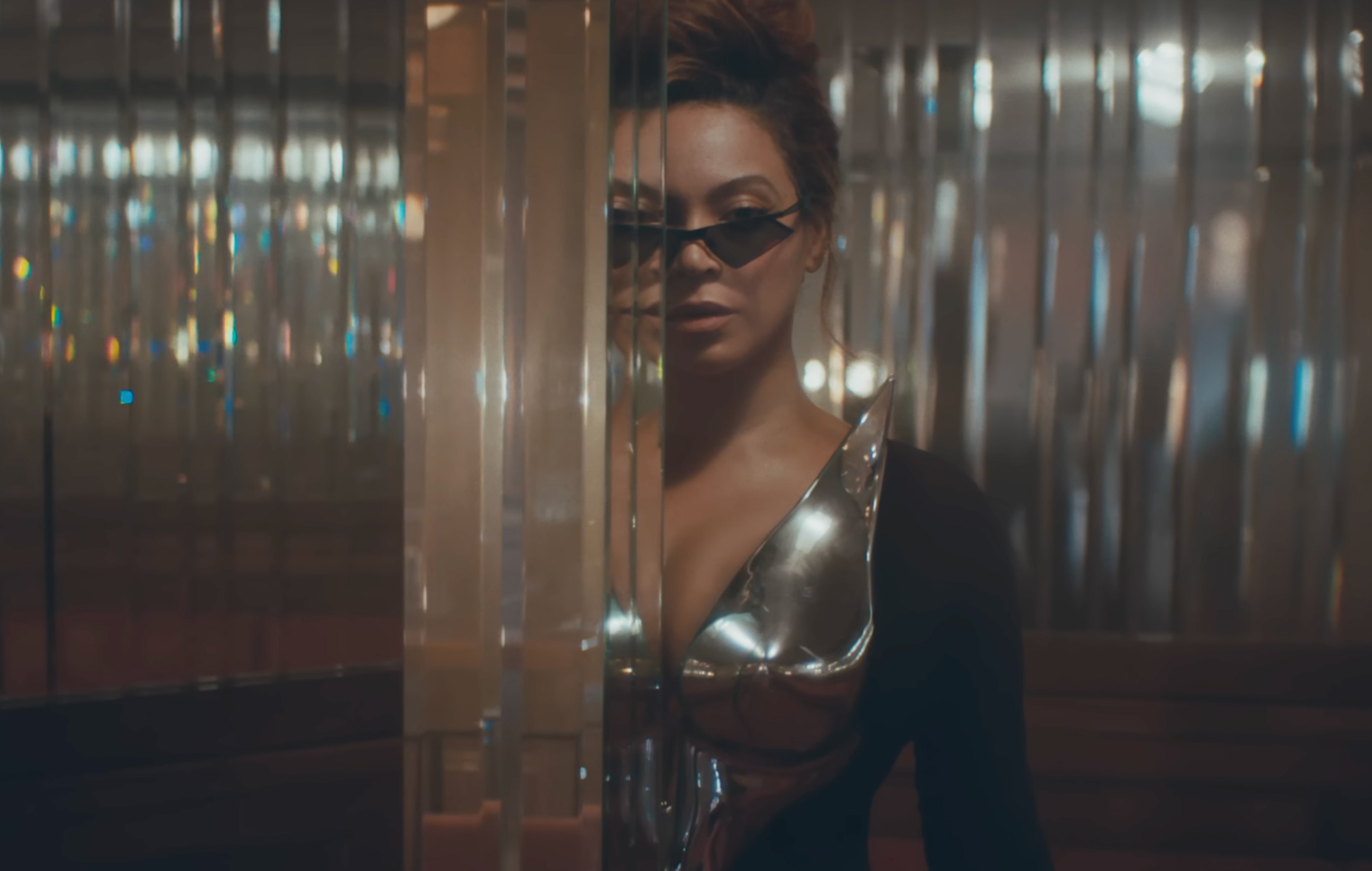 I haven’t actually heard the entire new Beyonce album Renaissance. I do hear many well known samples in the music. Not sure what i think of it. Hoping i will listen to it over the week.

I’m full of doubts. Hesitations. I can live my life quietly. But i’m pretty sure i don’t want this. So i need to stand up and tell my story in an eloquent way.

This weekend the following youtube video was published: ‘Ideologie houdt ons gelukkig. Een gesprek met Marian Donner (Ideology keeps us happy. A talk with Marian Donner). Her new book De Grote Weigering (The Big Refusal) was the main focus of this talk. This book is for a large part based on the book One-Dimensional Man published by Herbert Marcuse in 1964. In this book he argues the following:

He argues that “advanced industrial society” created false needs, which integrated individuals into the existing system of production and consumption via mass media, advertising, industrial management, and contemporary modes of thought.

This results in a “one-dimensional” universe of thought and behavior, in which aptitude and ability for critical thought and oppositional behavior wither away. Against this prevailing climate, Marcuse promotes the “great refusal” (described at length in the book) as the only adequate opposition to all-encompassing methods of control. Much of the book is a defense of “negative thinking” as a disrupting force against the prevailing positivism.

It is very hard to realize this one-dimensionality. Most people see themselves are ordinary, ‘normal’, simply living their lives as they see fit. Picking their shopping each week, picking their apps and living with them, getting children or not, picking a partner, or a partner for a couple of years. Most people see themselves as an individual, with its own specific wishes and desires and wants and needs.

But of course most people are shaped through the same industrial society with its mass media, advertising, industrial management and contemporary modes of thought. Most people are extremely alike.

And again, given Russia's information environment today, it's just incredibly brave to be publishing this. @novaya_gazeta even has an interactive map of the fighting all over Ukraine. None of this is on Russian state TV. pic.twitter.com/aq77qKQDuk

Revolt is a long-range weapon – why the whole British left, Labour and trade union movement should stand with Ukraine … https://t.co/MEJWMqWZdr

Ukraine: A battle for existence – why Ukraine's fate and Western democracy's fate are intertwined … https://t.co/P0P7BfVRlw

Zelensky also met with his defense minister today. But the vibe was rather different pic.twitter.com/04jWPIt1c8

It is a good thing, a necessary thing, to have historians write about the events of the present that will one day be another era's history. A reliable portal to perspective beyond the panic of news-cycle manipulation, perhaps our only one https://t.co/nZPuWoq6zY HT @debbiemillman

At least 829 detained at antiwar protests in Russia today. The numbers don't seem that impressive, but consider that people are coming out for the 4th day now despite facing almost certain arrest & having no way to coordinate or even gather in one spot pic.twitter.com/CWiElr5EaW

Very brief and very basic description of what has happened over the first 72 hours of the Russian offensive.https://t.co/k4X3gUqjhd

The Physics and Philosophy of Time

An interesting reading about the nature of time. He dismantles time taking apart four different aspects of time:

While i was looking into this video, i discovered Carlo Rovelli, the speaker, wrote a book The Order of Time published in 2018. I haven’t ordered it, but i might. I will look into this for a day or so longer. 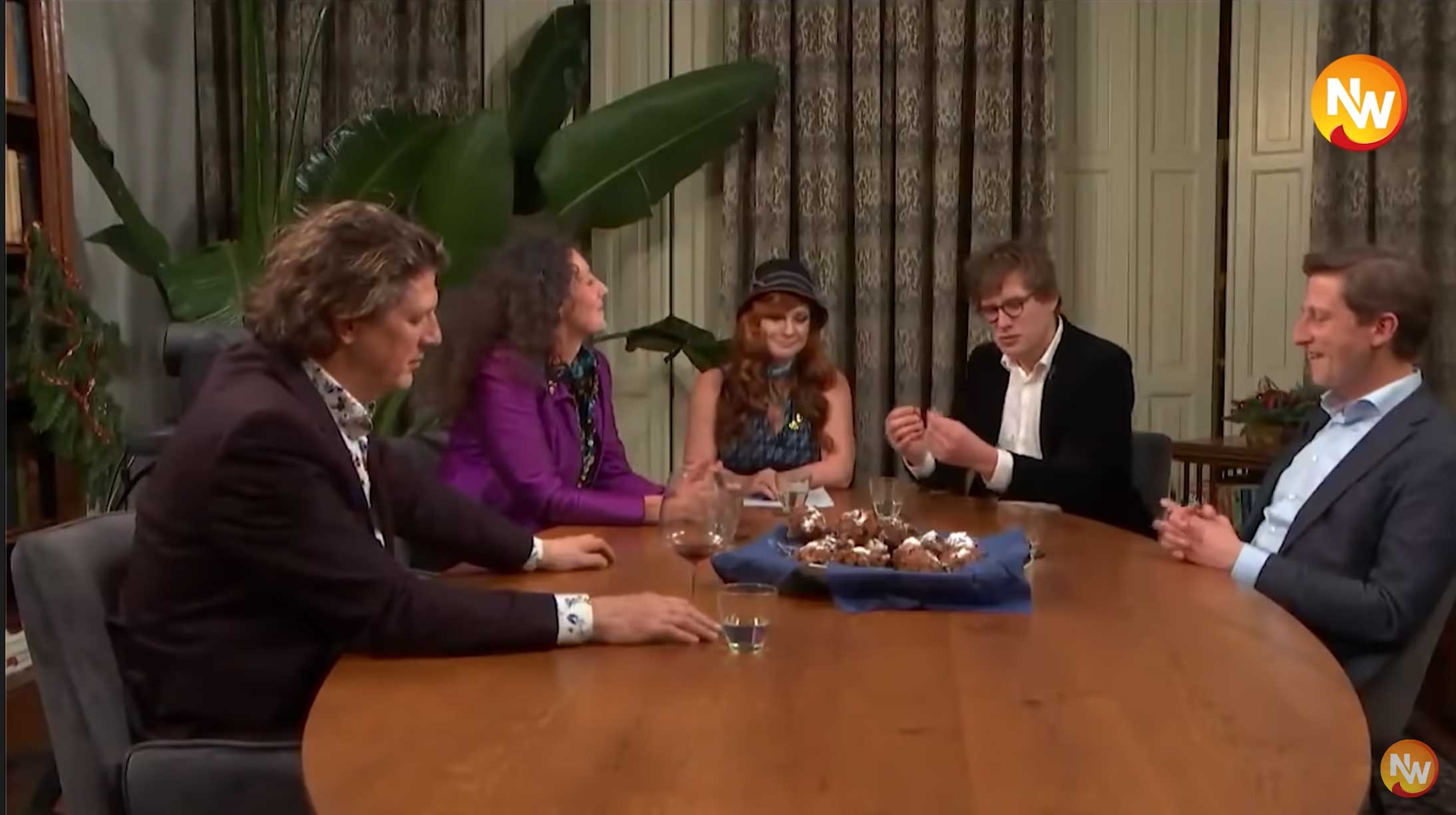 I don’t watch every single youtube video from The New World (De Nieuwe Wereld). This one i really liked. Enjoy 🙂

“We do not have the soul anymore to measure the depth of our stories.”

A few years ago i saw the Tegenlicht documentary De aarde draait door (The earth turns on). The subject of this documentary is Paul Kingsnorth, who currently lives in Ireland with his family on his self sufficient farm. A year ago he went through a conversion to Christianity, after learning from Buddhism, witchcraft and other corners through the past thirty or something years.

I was just walking to my chair when I was overcome entirely. Suddenly, I could see how everyone in the room was connected to everyone else, and I could see what was going on inside them and inside myself. I was overcome with a huge and inexplicable love, a great wave of empathy, for everyone and everything. It kept coming and coming until I had to stagger out of the room and sit down in the corridor outside. Everything was unchanged, and everything was new, and I knew what had happened and who had done it, and I knew that it was too late. I had just become a Christian.

It reminds me of a talk i had with my nephew years and years ago, i was 13 or 14 years old. We talked about the bible. For him the bible was a true and moral high standing book. For me it was a history, not a moral story.

I was wrong of course!

I am not a Christian myself. But my old beliefs are falling apart. My old beliefs of left-wing feminist thoughts and scientific non-mythical words. I am not sure where i stand. But i don’t stand at the same place anymore.

I almost envy Kingsnorth in that he has finally found something worth fighting for in Christianity. I am interested in his whole life, but it is also quite a task to get to know each aspect of it. If i ever do.

There are still so many people around the world who i am interested in.

The Deep Meaning Of Yin & Yang

Taoism | The Philosophy of Flow

Disgust (Middle French: desgouster, from Latin gustus, “taste”) is an emotional response of rejection or revulsion to something potentially contagious or something considered offensive, distasteful, or unpleasant. In The Expression of the Emotions in Man and Animals, Charles Darwin wrote that disgust is a sensation that refers to something revolting. Disgust is experienced primarily in relation to the sense of taste (either perceived or imagined), and secondarily to anything which causes a similar feeling by sense of smell, touch, or vision.