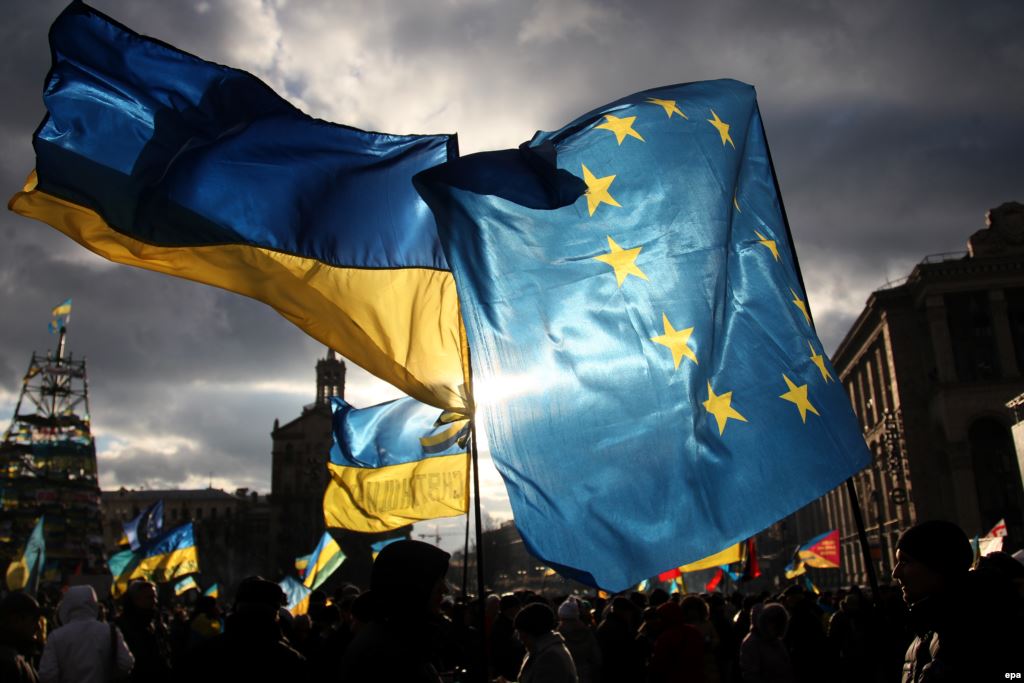 I am Dutch. This Wednesday, 6 April 2016, there is a Dutch Ukraine–European Union Association Agreement referendum.

The question: Are you for or against the Approval Act of the Association Agreement between the European Union and Ukraine?

I can vote yes
The European Union has many association agreements with countries all over the world. From Albania to Zimbabwe. Why not add Ukraine to this list? A Young Democrats (D66) leaflet i got last Saturday told me this.

This is not about all the other countries the EU has an agreement with.

There are many types of agreements. One other still in negotiation is with the USA, the Transatlantic Trade and Investment Partnership (TTIP). I will not get into this one in this post. My first thought is to be against this. I even signed the petition.

This post is about the Ukraine–European Union Association Agreement. I didn’t realize that Yanukovych, the then current president of the Ukraine, had refused to sign this agreement. He had presented an alternative, the Customs Union of Russia, Belarus, and Kazakhstan. The new chosen president Poroshenko did sign the economic part of the agreement on 27 June 2014. I knew about the revolution in the Ukraine. I knew the president Yanukovych was removed from office. At the time, February 2014, i didn’t realize this was about this Association Agreement. To be honest, politics is not my main interest, some of these events simply pass me by. Still, it is a bit embarrassing to admit this.

The European Union and the (then) new Ukrainian President Petro Poroshenko signed the economic part of the Ukraine–European Union Association Agreement on 27 June 2014,and described this as Ukraine’s “first but most decisive step” towards EU membership.President of the European Council, Herman Van Rompuy, said at the signing ceremony: “In Kyiv and elsewhere, people gave their lives for this closer link to the European Union. We will not forget this.”

This forms a big push towards voting yes.

The shooting down of the commercial airplane above the eastern part of the Ukraine, the Malaysia Airlines Flight 17, with over half the passengers being Dutch, is a direct result of this war.

The human rights situation in Ukraine is hard for me to judge. Reading the Follow the Money article about this from 1 April 2016 Hoe staat het met de mensenrechten in Oekraïne? (Dutch: What is the state of human rights in Ukraine?) doesn’t bring a lot of hope.

A new law makes it possible to keep people in custody for 30 days. The Ukrainian constitution however states custody can be no longer than 72 hours. The Eastern war brings out the worst in the Ukrainian secret services and the eastern based rebels. Torture, threats, assault and detention are used by both parties.

The Panama Papers opened up Sunday 3 April shows we will need to move with utmost care. We are still at the first stories from these papers. I do hope the politicians and sportsmen mentioned in these papaers will not be able to let these stories disappear from public interest.

What to do?
Writing the above, reading about the agreement, its history in both Ukraine, Europe and Russia, even in its two hours i spend this morning is mind-boggling. I can say this is too much and simply vote blank. What i do realize is the importance of this. Looking at the Ratification table on the Ukraine–European Union Association Agreement page shows me a green table. Every country has ratified this agreement. There are two parts with a different colour: the Council of the European Union and the Netherlands. With it advisory referendum.

I will vote no
I read the column by Ewald Engelen for De Groene Amsterdammer, in which he comes to his final no-vote. At the end of this column he writes:

Voor of tegen de kaste – dat is de vraag.
For or against the caste – that is the question.

This is not a doubtless, right from the heart, clear from the start NO.

I’m not sure about this decision. I have no doubt this agreement will go through, one way or another. My vote, any Dutch vote, will not change this.

But i will vote against this.

Against the current political stream.

Against this world as it unfolds itself in shameless selfishness.