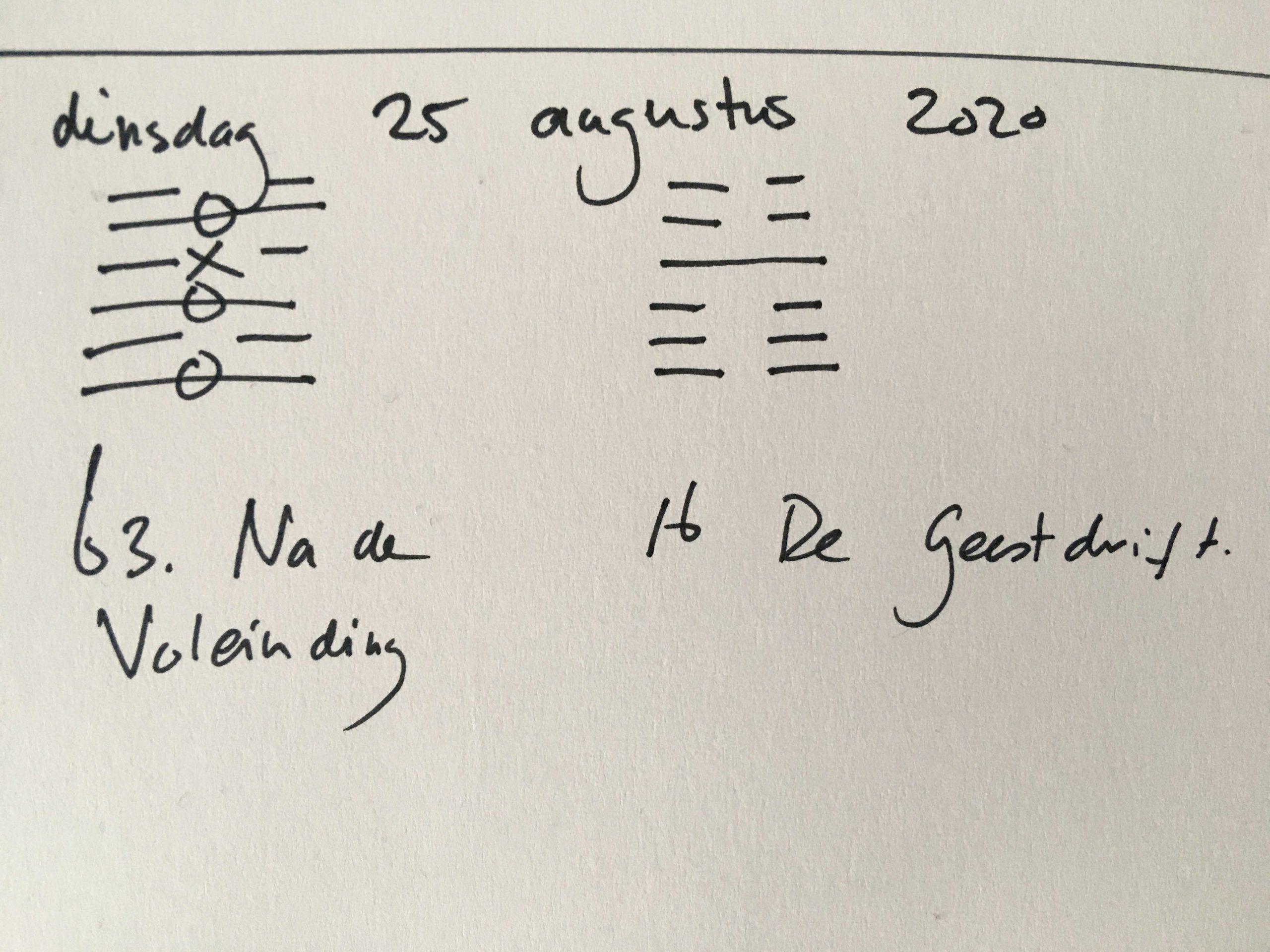 Nine in the third place means:
The Illustrious Ancestor
Disciplines the Devil’s Country.
After three years he conquers it.
Inferior people must not be employed.

“Illustrious Ancestor” is the dynastic title of the Emperor Wu Ting of the Yin dynasty. After putting his realm in order with a strong hand, he waged long colonial wars for the subjection of the Huns who occupied the northern borderland with constant threat of incursions.
The situation described is as follows. After times of completion, when a new power has arisen and everything within the country has been set in order, a period of colonial expansion almost inevitably follows. Then as a rule long-drawn-out struggles must be reckoned with. For this reason, a correct colonial policy is especially important. The territory won at such bitter cost must not be regarded as an almshouse for people who in one way or another have hade themselves impossible at home, but who are thought to be quite good enough for the colonies. Such a policy ruins at the outset any chance of success. This holds true in small as well as large matters, because it is not only rising states that carry on a colonial policy; the urge to expand, with its accompanying dangers, is part and parcel of every ambitious undertaking.

Religious attitudes are likewise influenced by the spiritual atmosphere prevailing in times after completion. In divine worship the simple old forms are replaced by an ever more elaborate ritual and an ever greater outward display. But inner seriousness is lacking in this show of magnificence; human caprice takes the place of conscientiousobedience to the divine will. However, while man sees what is before his eyes, God looks into the heart. Therefore a simple sacrifice offered with real piety holds a greater blessing than an impressive service without warmth.