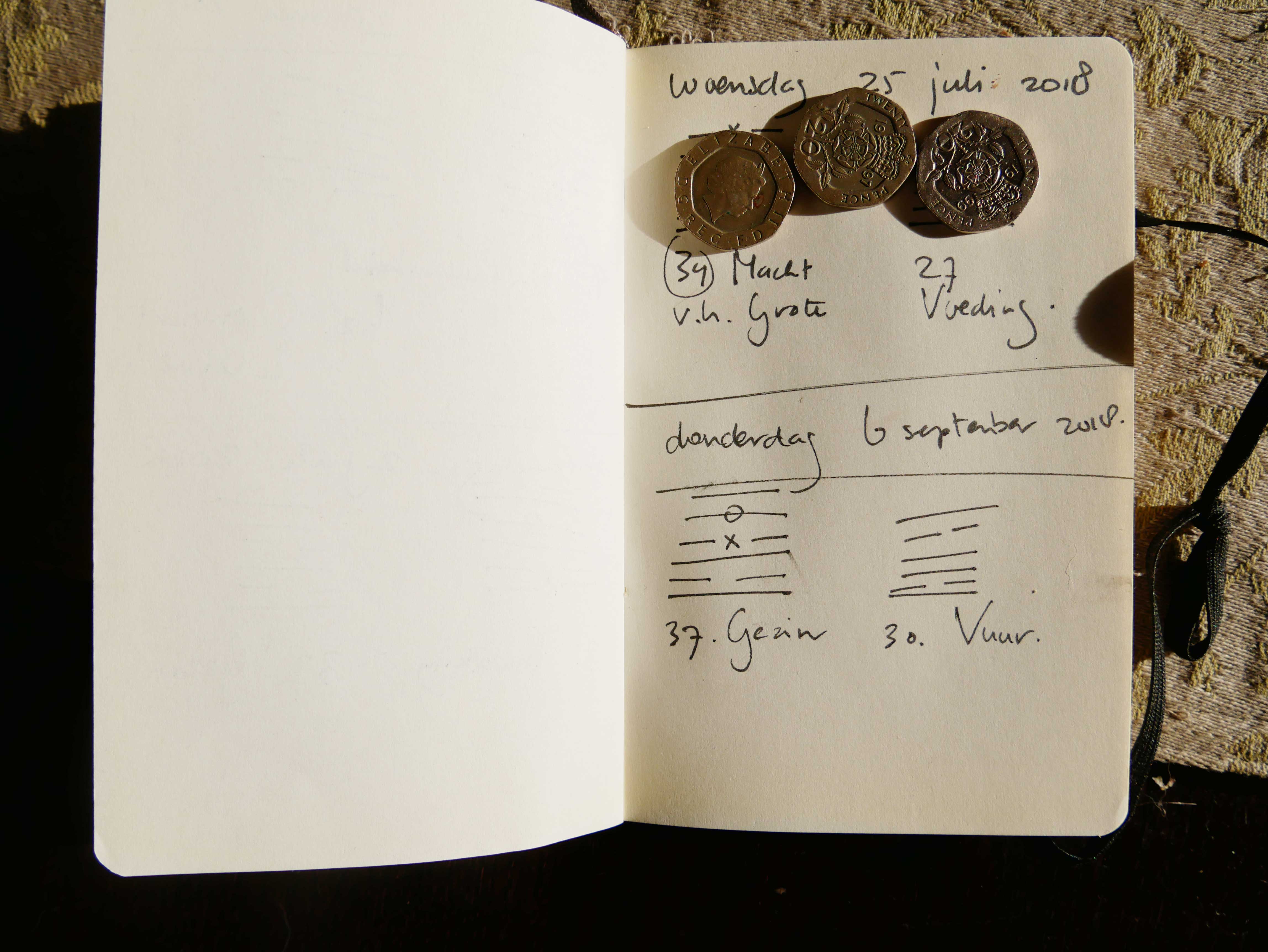 Six in the fourth place means:
She is the treasure of the house.
Great good fortune.

It is upon the woman of the house that the well-being of the family depends. Well-being prevails when expenditures and income are soundly balanced. This leads to great good fortune. In the sphere of public life, this line refers to the faithful steward whose measures further the general welfare.

° Nine in the fifth place means:
As a king he approaches his family.
Fear not.
Good fortune.

A king is the symbol of a fatherly man who is richly endowed in mind. He does nothing to make himself feared; on the contrary, the whole family can trust him, because love governs their intercourse. His character of itself exercises the right influence.

This hexagram is another double sign. The trigram Li means “to cling to something,” and also “brightness.” A dark line clings to two light lines, one above and one below–the image of an empty space between two strong lines, whereby the two strong lines are made bright. The trigram represents the middle daughter. The Creative has incorporated the central line of the Receptive, and thus Li develops. As an image, it is fire. Fire has no definite form but clings to the burning object and thus is bright. As water pours down from heaven, so fire flames up from the earth. While K’an means the soul shut within the body, Li stands for nature in its radiance.

What is dark clings to what is light and so enhances the brightness of the latter. A luminous thing giving out light must have within itself something that perseveres; otherwise it will in time burn itself out. Everything that gives light is dependent on something to which it clings, in order that it may continue to shine.
Thus the sun and moon cling to heaven, and grain, grass, and trees cling to the earth. So too the twofold clarity of the dedicated man clings to what is right and thereby can shape the world. Human life on earth is conditioned and unfree, and when man recognizes this limitation and makes himself dependent upon the harmonious and beneficent forces of the cosmos, he achieves success. The cow is the symbol of extreme docility. By cultivating in himself an attitude of compliance and voluntary dependence, man acquires clarity without sharpness and finds his place in the world.

That which is bright rises twice:
The image of FIRE.
Thus the great man, by perpetuating this brightness,
Illumines the four quarters of the world.

Each of the two trigrams represents the sun in the course of a day. The two together represent the repeated movement of the sun, the function of light with respect to time. The great man continues the work of nature in the human world. Through the clarity of his nature he causes the light to spread farther and farther and to penetrate the nature of man ever more deeply.