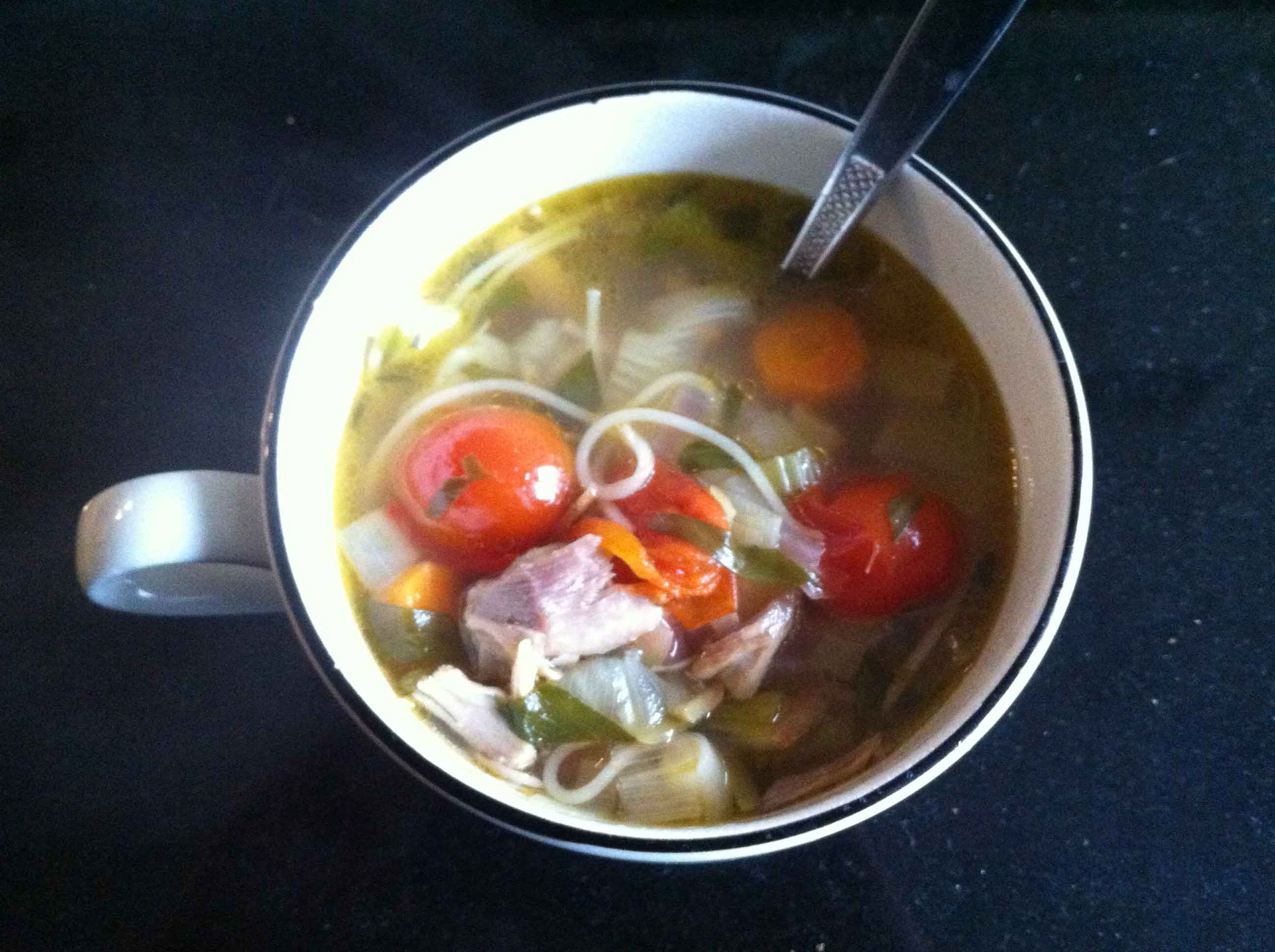 I have actually turned a bit sick for real. My throat hurts. I’m dizzy. My temperature is up a bit, 37,5 around 5pm this Sunday – its bound to get higher during the evening. I’m really tired.

Yesterday evening, Saturday, i watched Twilight with pleasure. I have seen it before, but did enjoy it again. One thing though, i would be so turned of by the cold feeling! I can not imagine falling in love with an actual cold dead person. Brrrr. Even if he looks as dreamy as Robert Pattinson. And that glittering chest does nothing for me either. 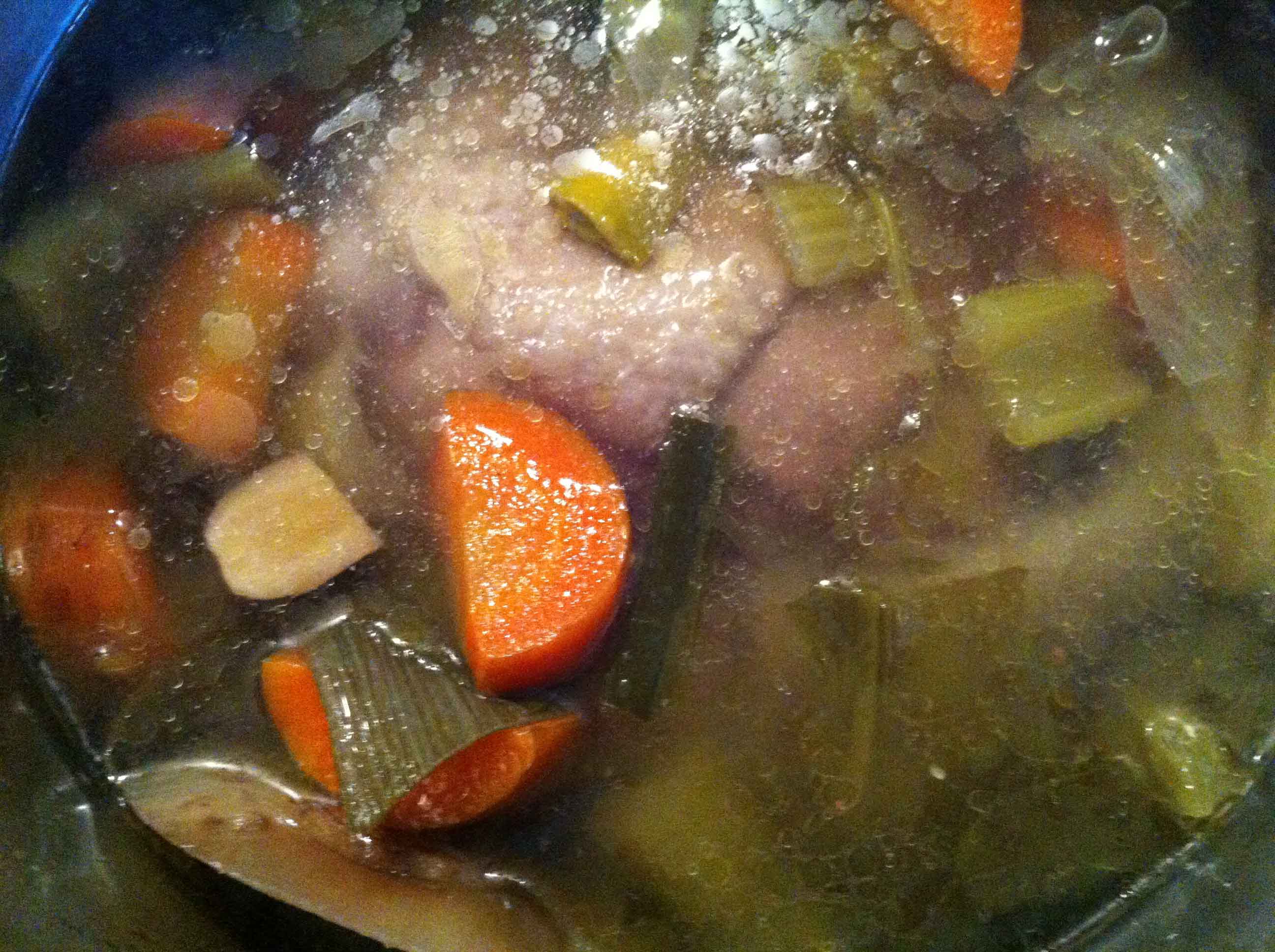 Anyway, on to the food of the day, homemade chicken soup. It is the second time i’m making this. Saturday i bought all i needed on the market. When i got home i put on 2 liters of water, added the chicken, added the outer leaves of the fennel, half a large carrot, the green bits and outer leaves of two leeks, finely sliced pieces of the stem of broccoli, the outer three stems of celery, two leaves of a herbal plant whose name i can’t remember, and i’m simply too tired to really go search for it. I let it cook on a low temperature for around three hours yesterday. Let it cool and stay outside the fridge for the whole night. 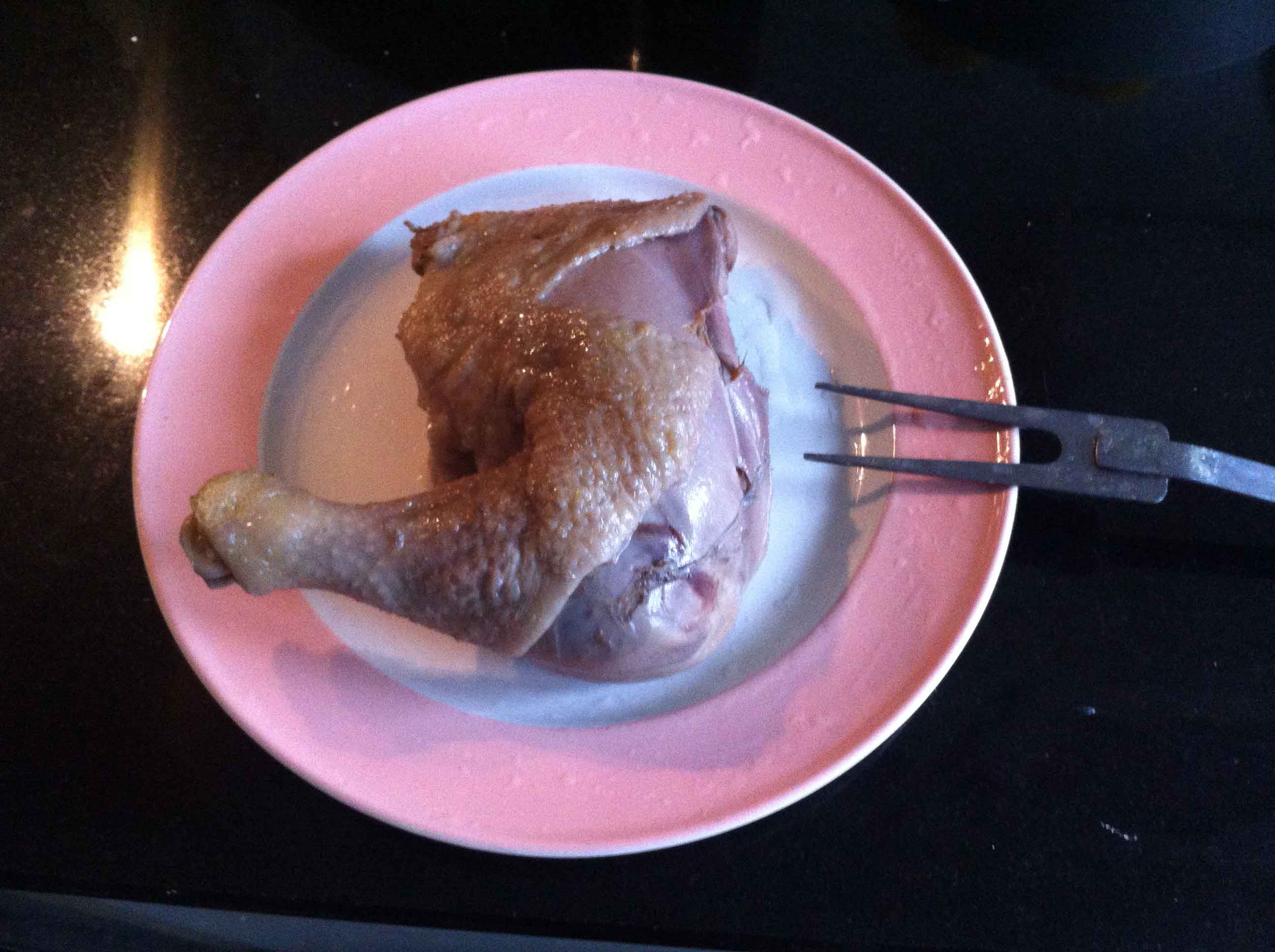 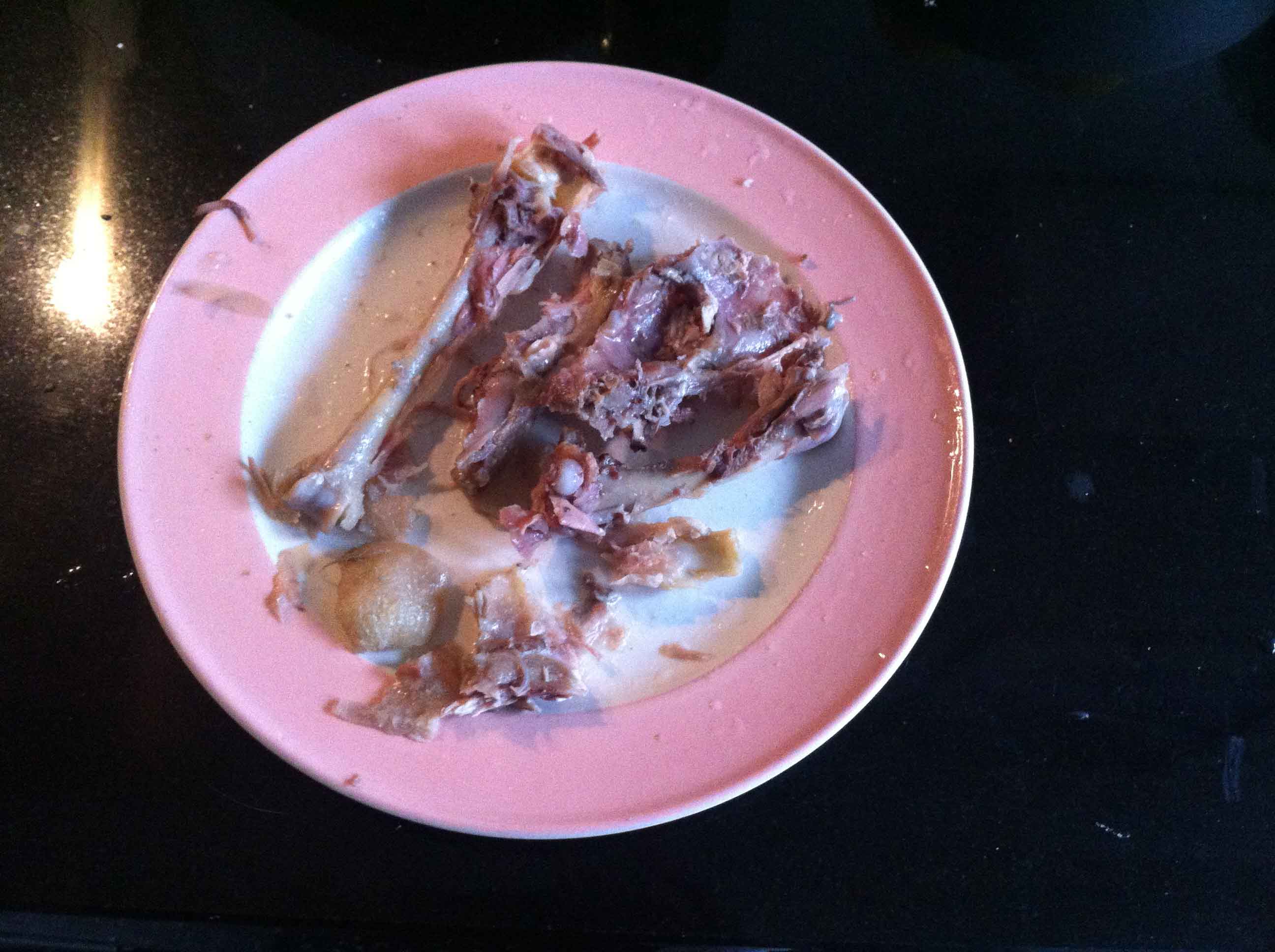 Today i got out the chicken, got all the meat of it and put the meat back in the soup. I also took out all the vegetables and threw them away. 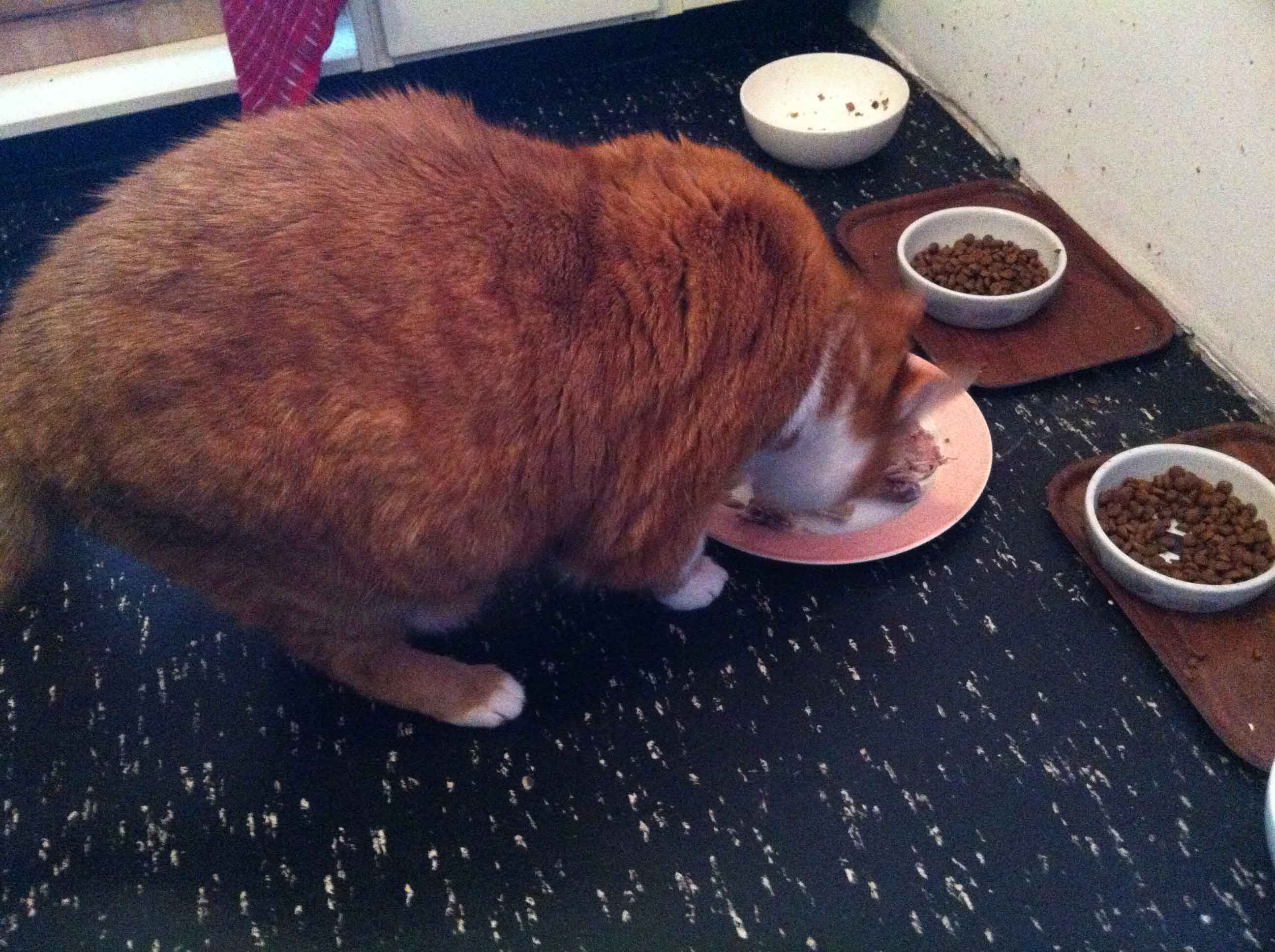 The bones i gave to my cat. He was curling around my legs the whole time i was cleaning up the chicken. 🙂 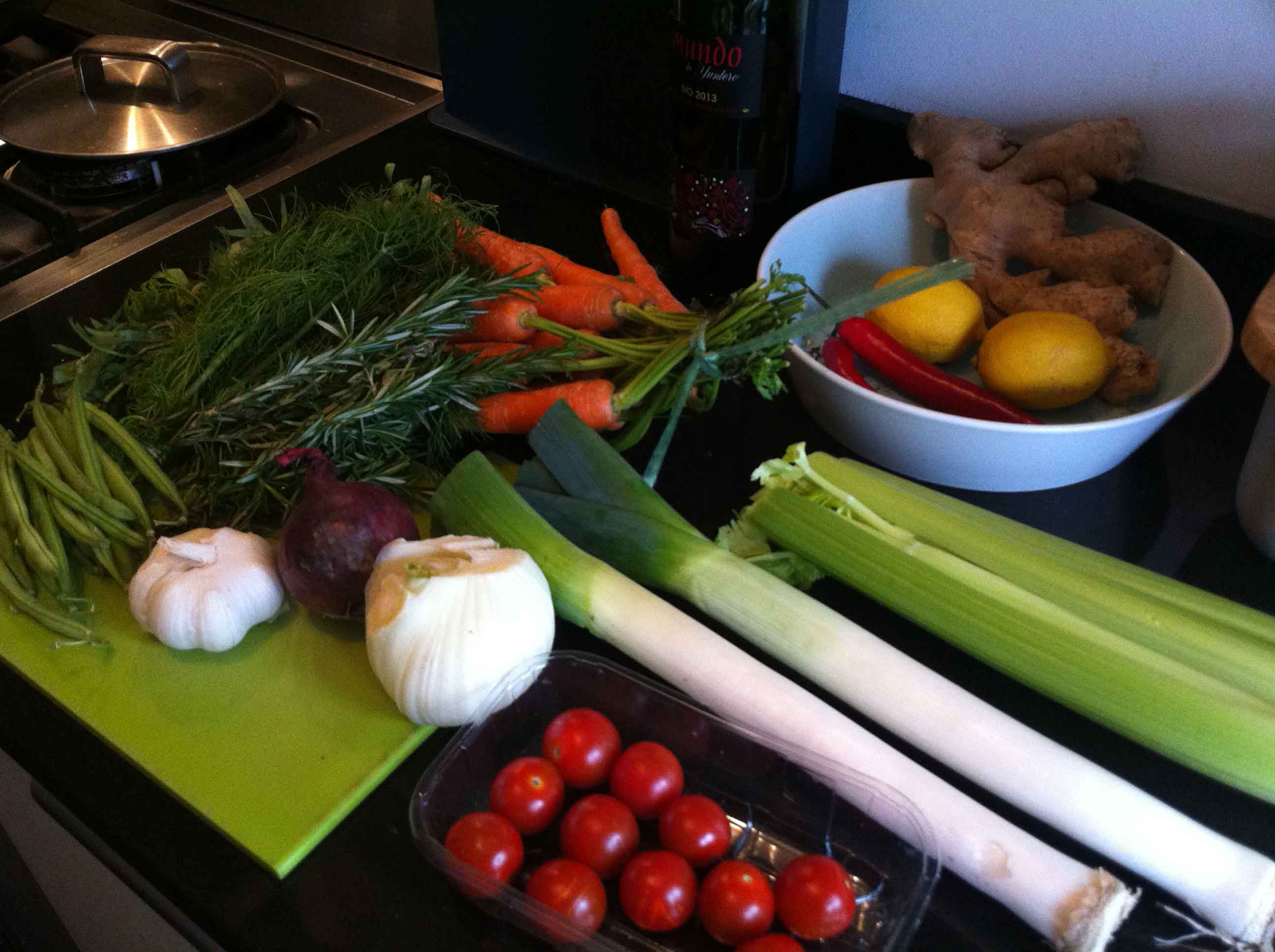 I had fennel, leeks, celery, carrots, french beans, onion, garlic, small tomatoes i got in London. I also added a hot pepper, slices of ginger, the whole bunch of tarragon, a bit of rosemary. I had tasted the soup before i added a bit of salt, around two teaspoons. 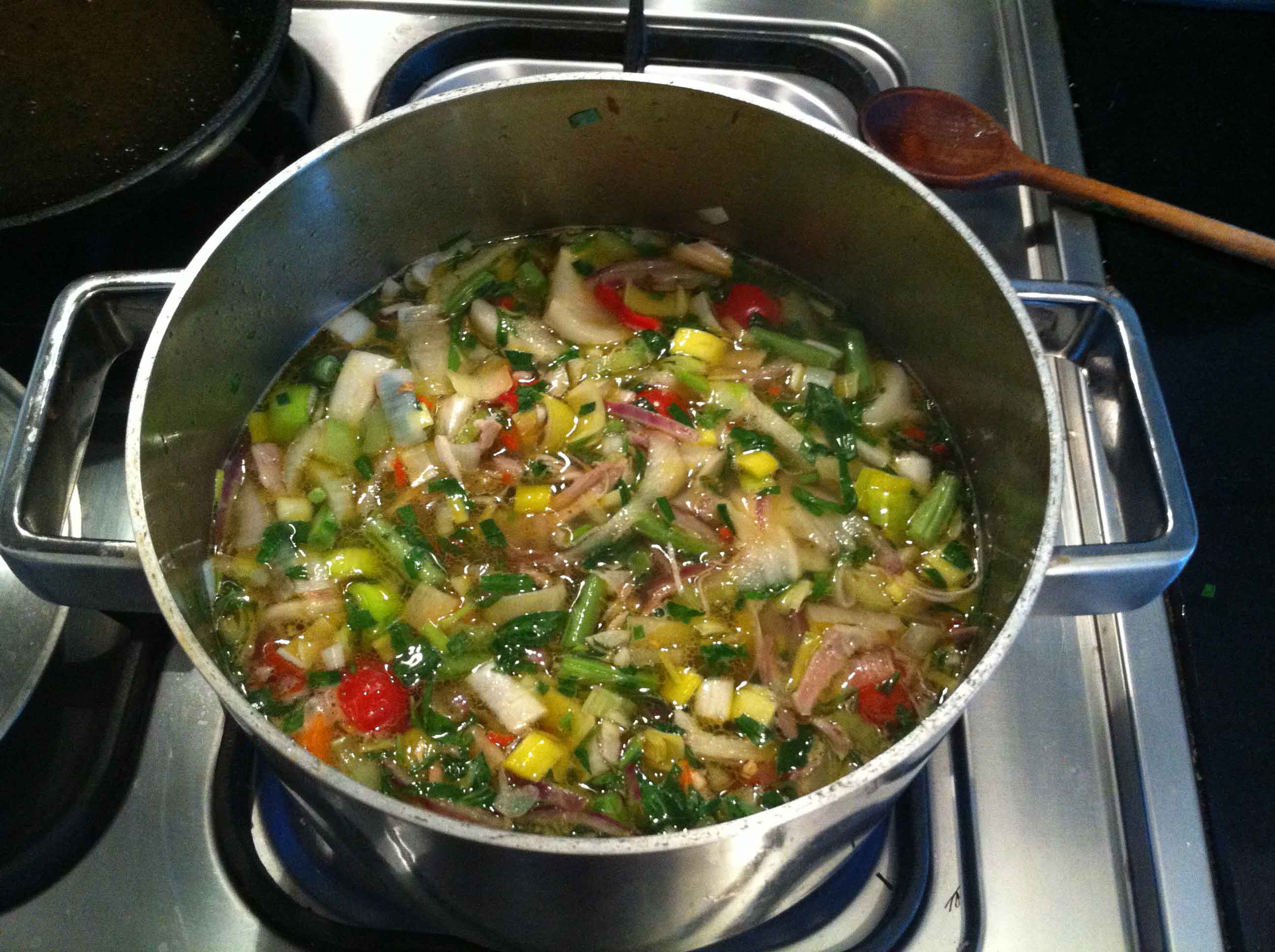 I added all the veggies to the soup, sliced quite fine. I added around two three tablespoons of olive oil, a bit of fine spaghetti i have lying around still. Half an hour later, done!

Espcially with the cold i’m having, the pepper and the ginger do add a bit of needed zing.