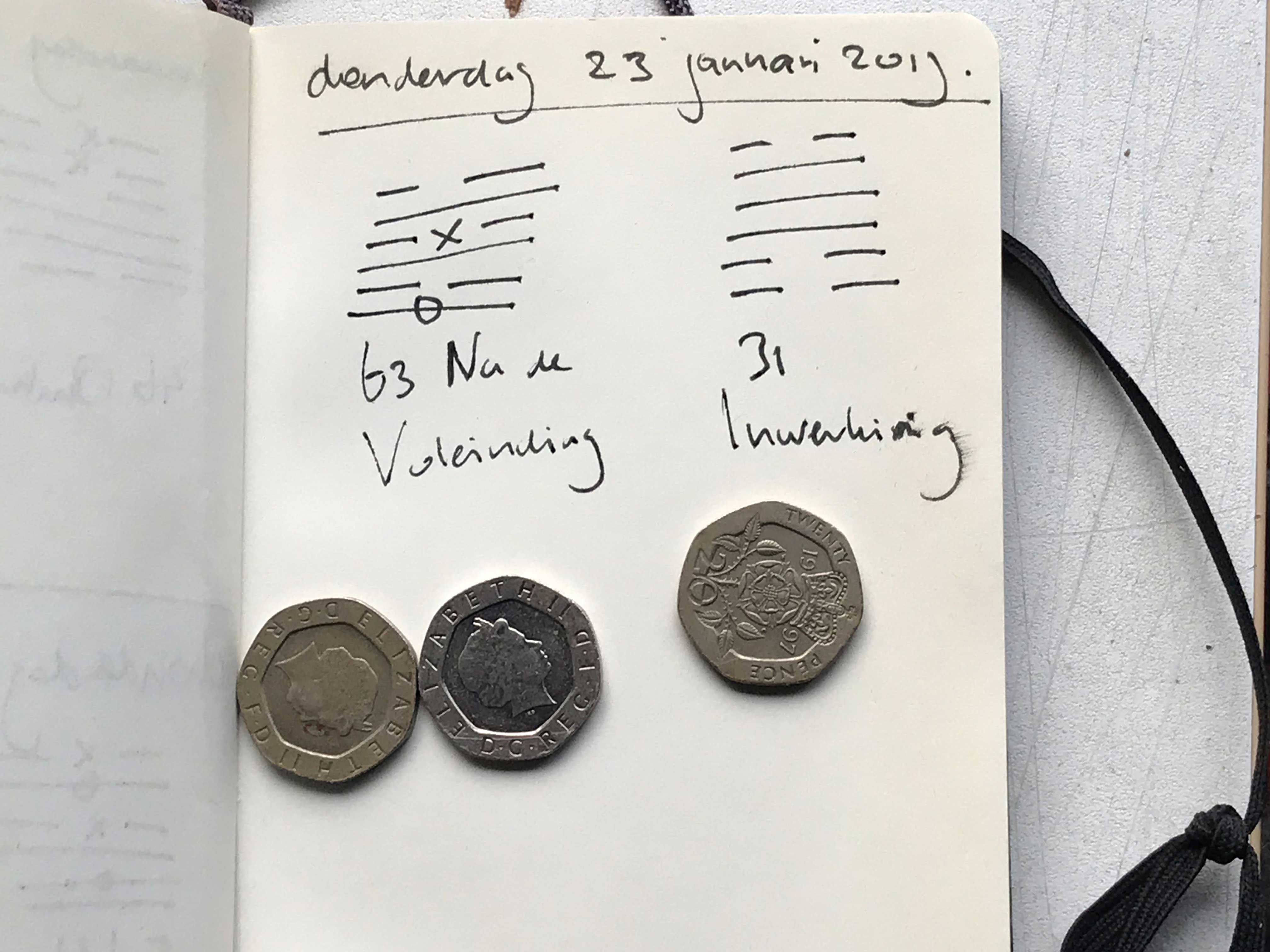 The date in the photograph is wrong. Today, the day i threw for the I Ching, it is the 24th.

The transition from the old to the new time is already accomplished. In principle, everything stands systematized, and it is only in regard to details that success is still to be achieved. In respect to this, however, we must be careful to maintain the right attitude. Everything proceeds as if of its own accord, and this can all too easily tempt us to relax and let things take their course without troubling over details. Such indifference is the root of all evil. Symptoms of decay are bound to be the result. Here we have the rule indicating the usual course of history. But this rule is not an inescapable law. He who understands it is in position to avoid its effects by dint of unremitting perseverance and caution.