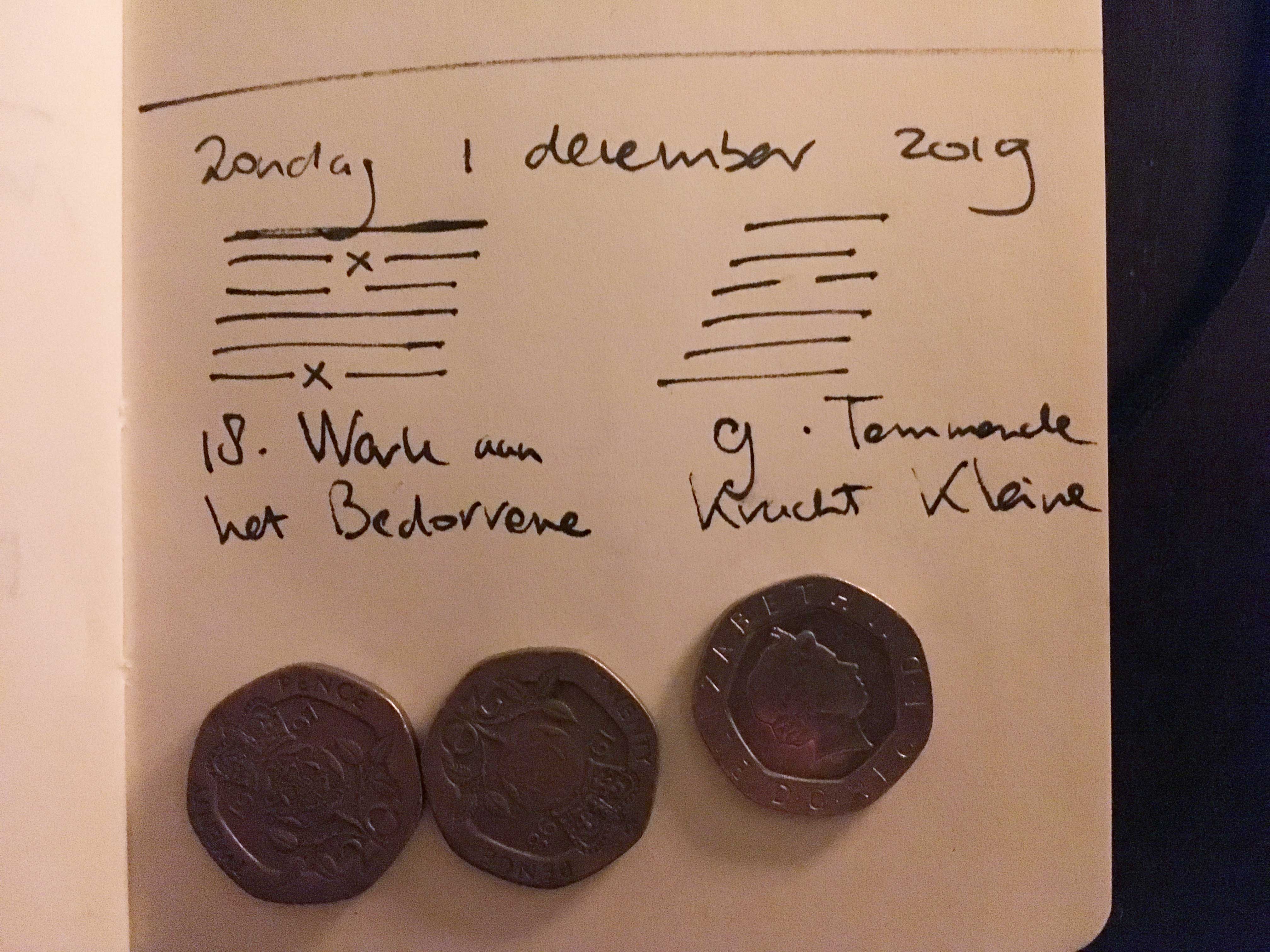 Six in the beginning means:
Setting right what has been spoiled by the father.
If there is a son,
No blame rests upon the departed father.
Danger. In the end good fortune.

Rigid adherence to tradition has resulted in decay. But the decay has not yet penetrated deeply and so can still be easily remedied. It is as if a son were compensated for the decay his father allowed to creep in. Then no blame attaches to the father. However, one must not overlook the danger or take the matter too lightly. Only if one is conscious of the danger connected with every reform will everything go well in the end.

° Six in the fifth place means:
Setting right what has been spoiled by the father.
One meets with praise.

An individual is confronted with corruption originating from neglect in former times. He lacks the power to ward it off alone, but with able helpers he can at least bring about a thorough reform, if he cannot create a new beginning, and this also is praiseworthy.