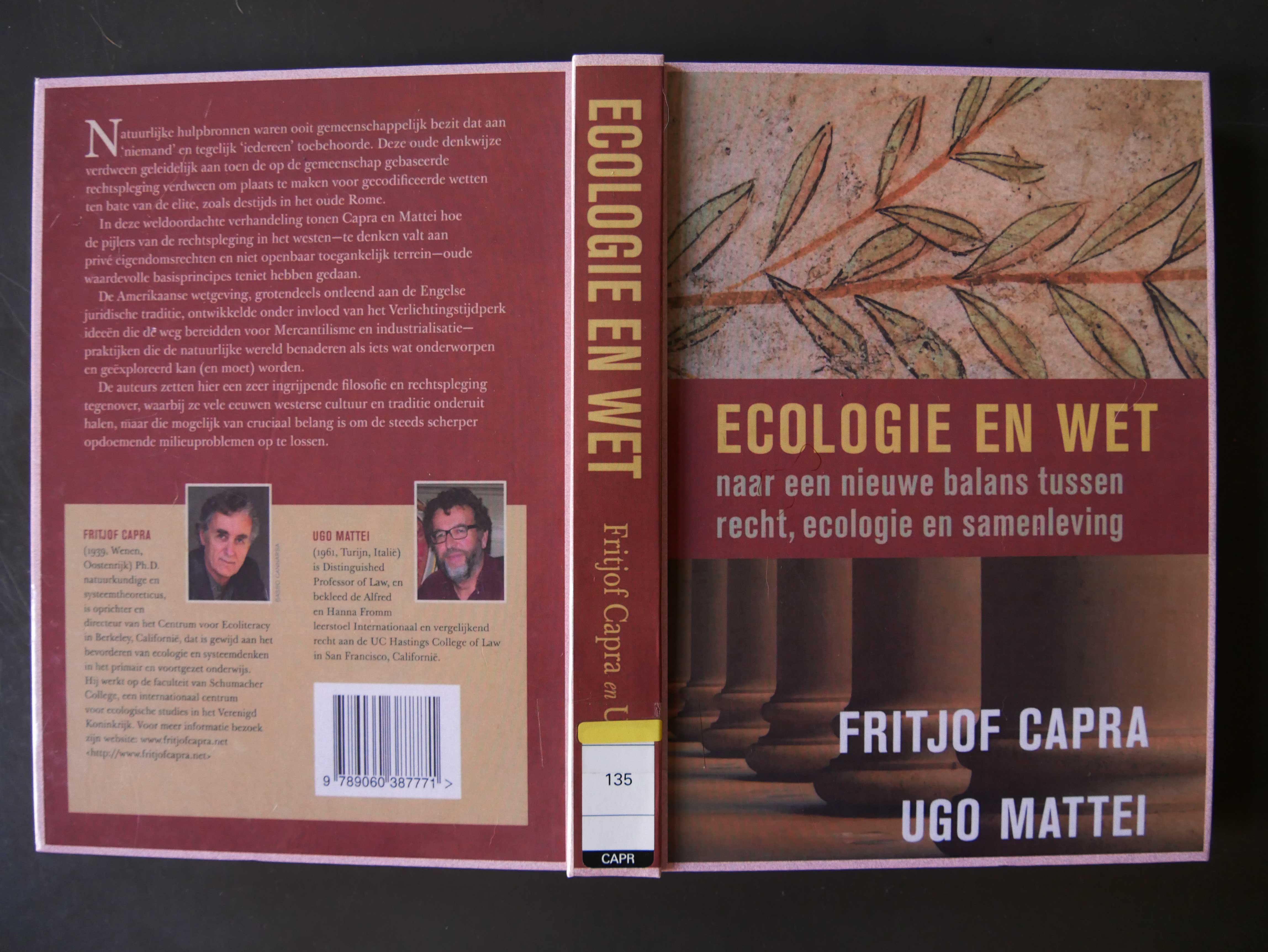 I just read the book The Ecology of Law: Toward a Legal System in Tune with Nature and Community written by Fritjof Capra and Ugo Mattei.

Reading this book gave me insights in the development of science, economics and law over the past couple of hundred years. What is called in this book the mechanization of the world view. In other words, the world is something we can extract something of value from. I have never thought about the role law has played in this. But countries have grown in influence. Private ownership and state sovereignty have a much larger part to play in the application of law compared to the fifteenhundreds. The commons role in our society has been severely lessened.

This book has given me plenty of stuff to think about. Highly recommended.

The first book to present jurisprudence — the theory and philosophy of law — as an intellectual discipline with a history and conceptual structure that shows surprising parallels to those of natural science. The authors argue that at the root of the multi-faceted global crisis we face today is a legal system based on an obsolete worldview; and they explain how, by incorporating concepts from modern science, the law can become an integral part of bringing about a better world, rather than facilitating its destruction.

The Ecology of Law is an ambitious, big-picture account of the history of law as an artefact of the scientific, mechanical worldview — a legacy that we must transcend if we are to overcome many contemporary problems, particularly ecological disaster. The book argues that modernity as a template of thought is a serious root problem in today’s world. Among other things, it privileges the individual as supreme agent despite the harm to the collective good and ecological stability. Modernity also sees the world as governed by simplistic, observable cause-and-effect, mechanical relationships, ignoring the more subtle dimensions of life such as subjectivity, caring and meaning.

The commons is the cultural and natural resources accessible to all members of a society, including natural materials such as air, water, and a habitable earth. These resources are held in common, not owned privately. Commons can also be understood as natural resources that groups of people (communities, user groups) manage for individual and collective benefit. Characteristically, this involves a variety of informal norms and values (social practice) employed for a governance mechanism.