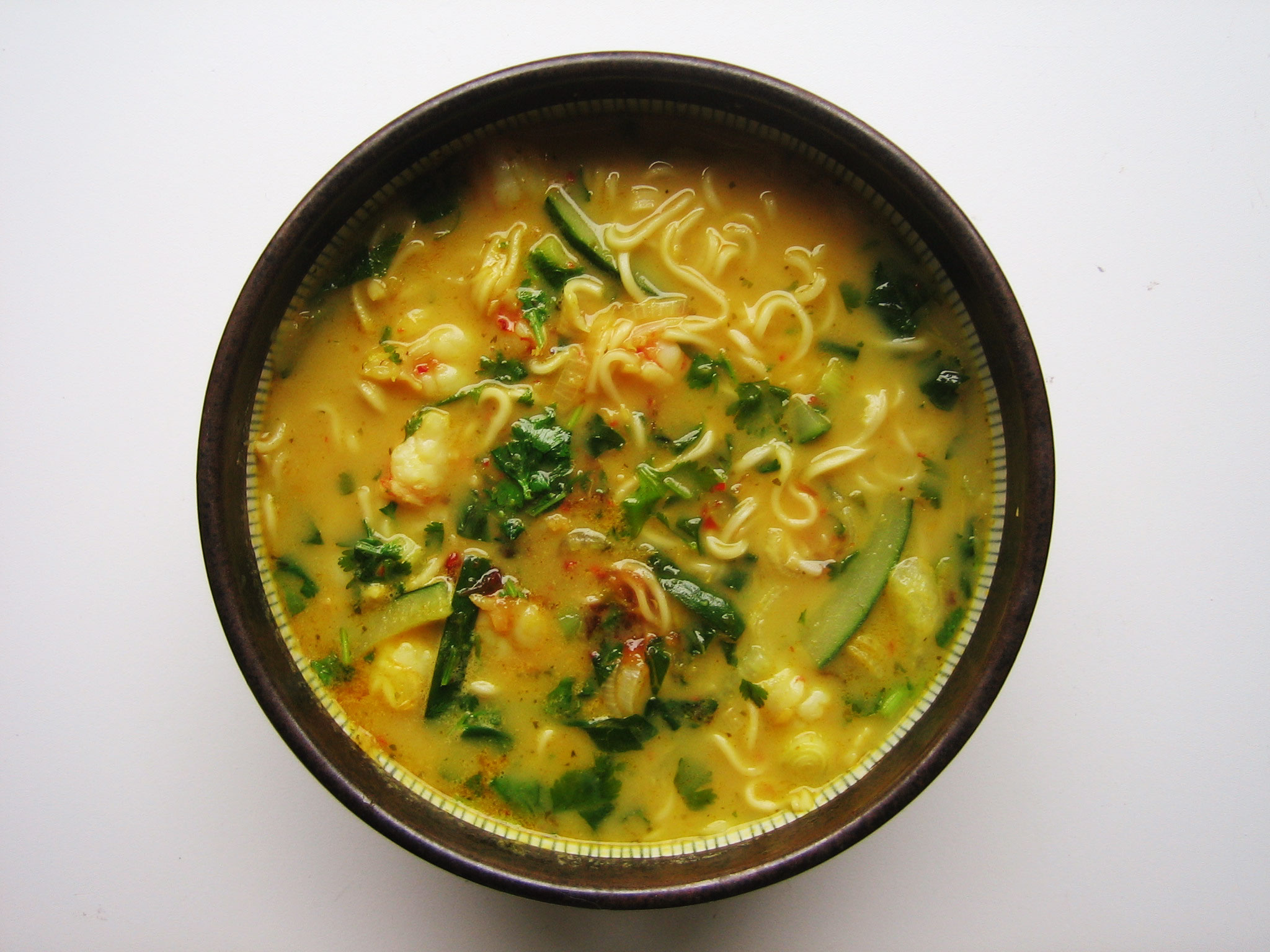 Today i did some work and went to the market. They changed the market. It was set up differently. Luckily the Meiden were still at almost the same place. A boy complained about more rules, more ways to get a fine if you do something wrong. He also said the atmosphere was getting less pleasant. It’s hard for me to say anything useful about this. I am so a bystander. There was also a women with a lovely small dog. I did a search to see if i could find the breed. I do think the Havanese is close, but the dog did go to a dog groomer a couple of times a year to get his hair shortened. The woman let the dog walk to me, while i was sitting at the side of the market eating some fries with a peanutsauce. It was simply adorable!

At the market i got foods to make me a laksa. I had done a search before to see what would go in the paste. I used this one, but there are many many more. I did forget the palm sugar, which i still had in my house. I added it later on when the soup was done. A bit too much i’m afraid.

I also made way too much. I left half the bowl for tomorrow. I did make paste for a couple of days. I did use the lemon grass, three madame jeanettes, ginger, galangal, shallots, garlic, cilantro and tamarind. I also used some dried shrimp. And i also got some fresh turmeric root, which was bright bright orange. I also did add some coconut oil through the paste.

For the soup i added some more coconut oil, the paste and let it bake for a bit. I boiled some water and added that after a few minutes. I then added a chicken stock cube. I opened a can of coconut milk and added half of it. I had also bought fresh uncooked shrimp, i cut those in smaller pieces and added them. Then i cut some cucumber, paksoi, cilantro, basil and spring onions. Before i started on the soup i had cooked some mie which i had put aside. I put the mie in the soup with all the vegetables. After a few minutes i poured it in the bowl. Afterwards i added a bit of chili sauce. It was lovely.

The rest of my day was restful. I even thought for a while i was gonna put in a break page for today, but the soup really woke me up and i thought i would write a bit about that.