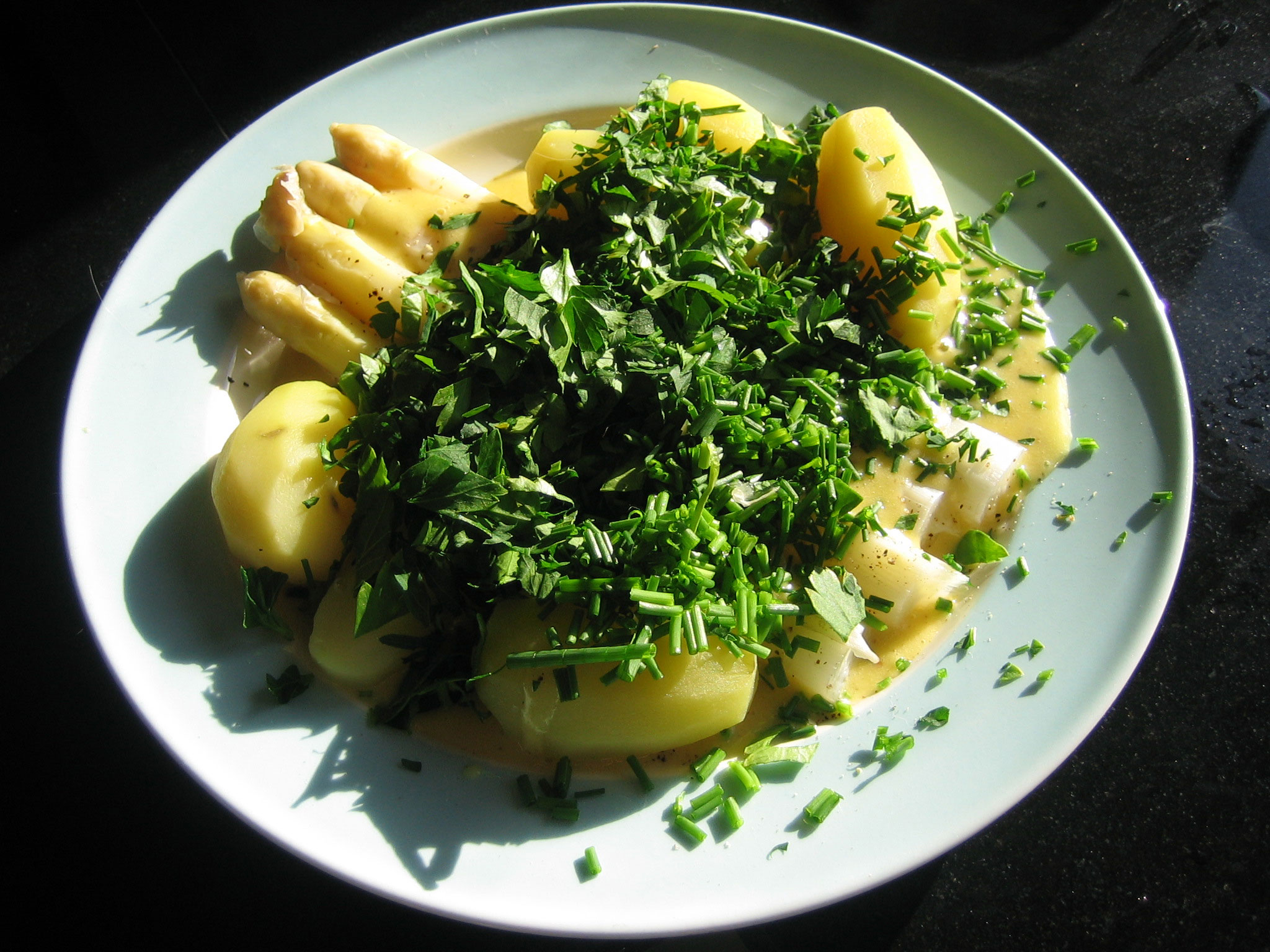 One of the new vegetables in springtime is asparagus. Here in the Netherlands they are mostly grown in Limburg, a province in the south eastern part.

I just read the wikipedia page i’ve linked to, and it does seem that it’s almost exclusively eaten in the north western part of Europe. Please correct me if i’m wrong. The countries mentioned in the wikipedia post are: Netherlands, Spain, Poland, Belgium, Germany, Austria, Italy and Switzerland.

I’ve grown to love asparagus. I do love green and white, but yes, i do prefer the white ones in springtime. There are many recipes for asparagus, most of them not very complicated. You can add a nice ham, or salmon, or boiled eggs which are finely sliced. The asparagus itself is quite tender. You do need to break of the lower part of it and peel it close towards the top. I use the peelings and lower buttons in the water while i get it to boil before i add the asparagus itself.

The potatoes i skin and boil for around 20 minutes. I used Roseval, a good waxy potatoe ideal for this recipe. I also use herbs, in this recipe some flat leaf parsley and chives.

The hollandaise sauce i made is easy. It’s a sort of mayonaise with melted butter. An egg yolk, some white wine vinegar, a bit of mustard, salt and pepper are first whisked together. Then the melted butter is slowly added and whisked at the same time.

It is a light and a bit sweet recipe. Wonderful! 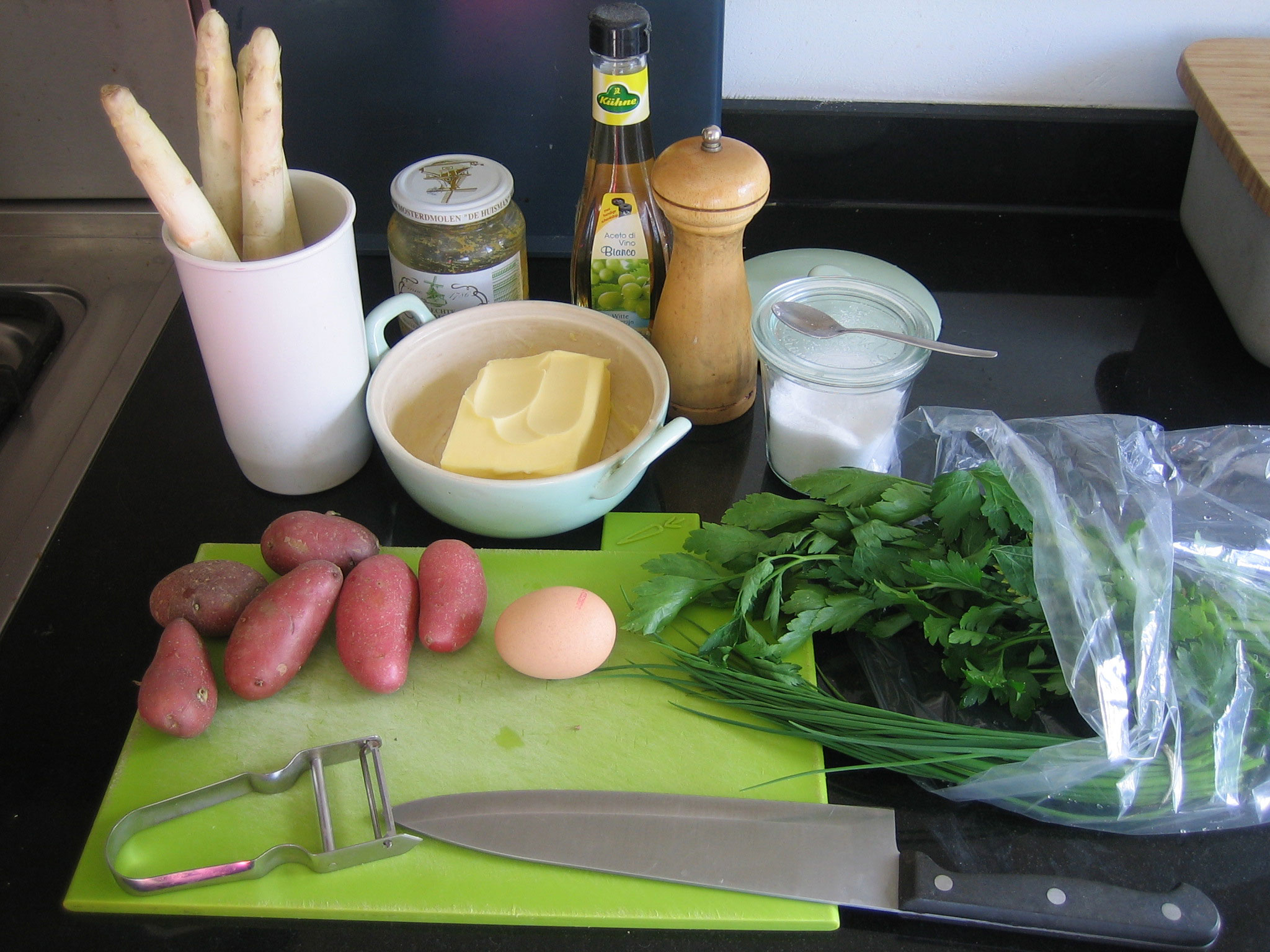 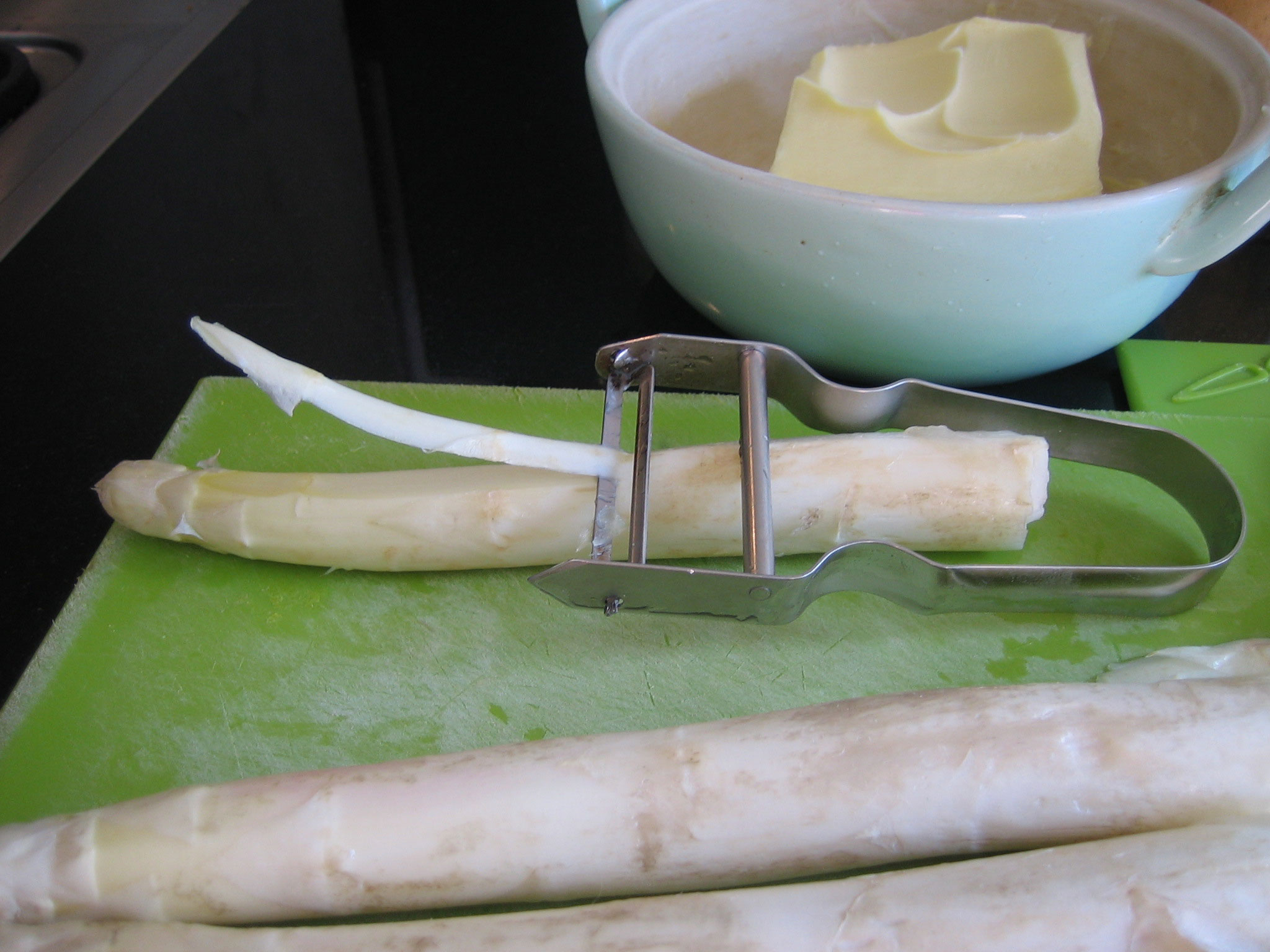 The asparagus need to be peeled. The bottom is broken of by the hand. This way it breaks where it's the weakest. 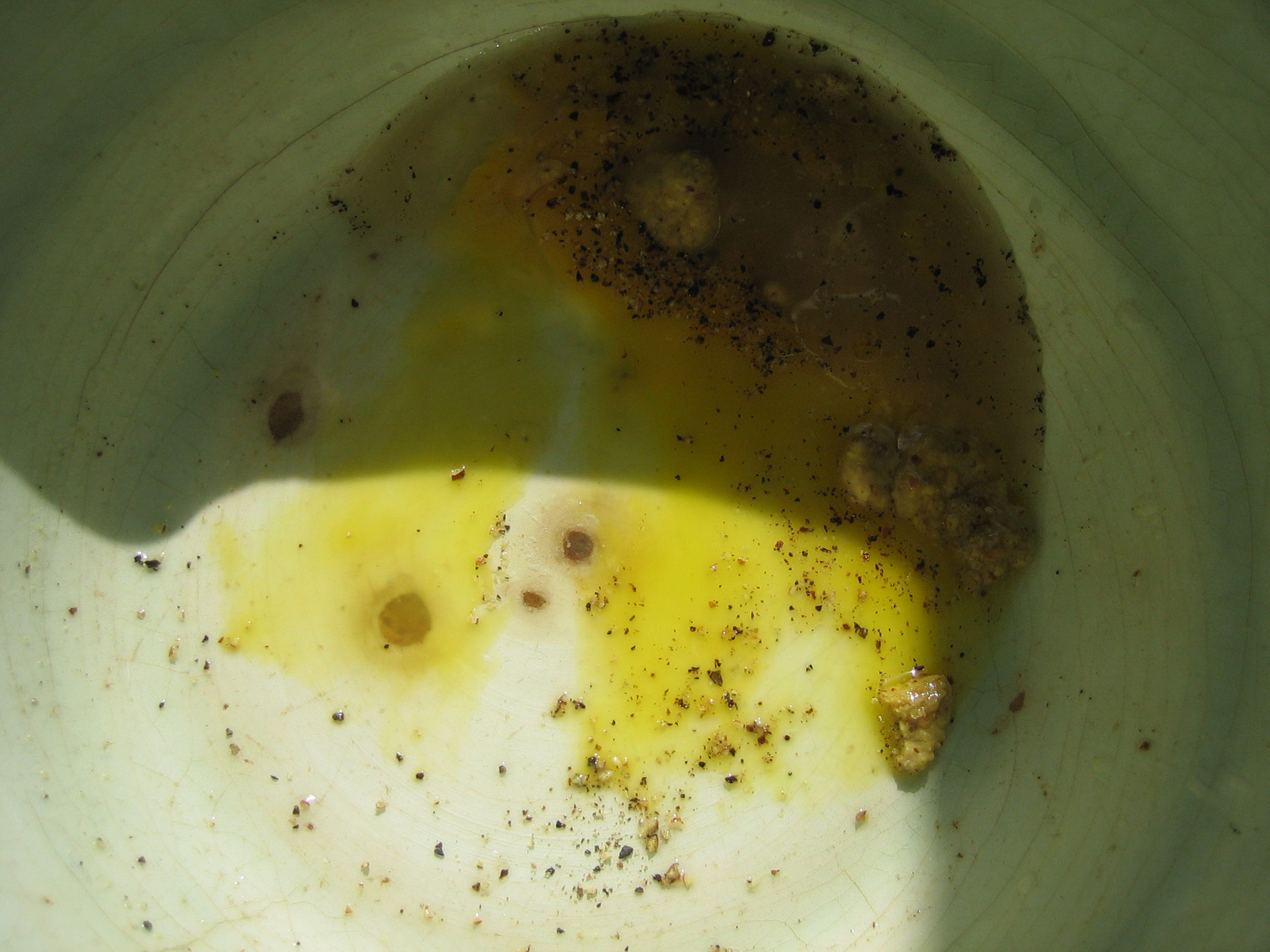 The base for the hollandaise sauce: an egg yold, a bit of mustard, somewhite wine vinegar, salt and pepper. The egg white i used to make a merengue for desert. I added pieces of the merengue to the strawberry and yoghurt mix i made. 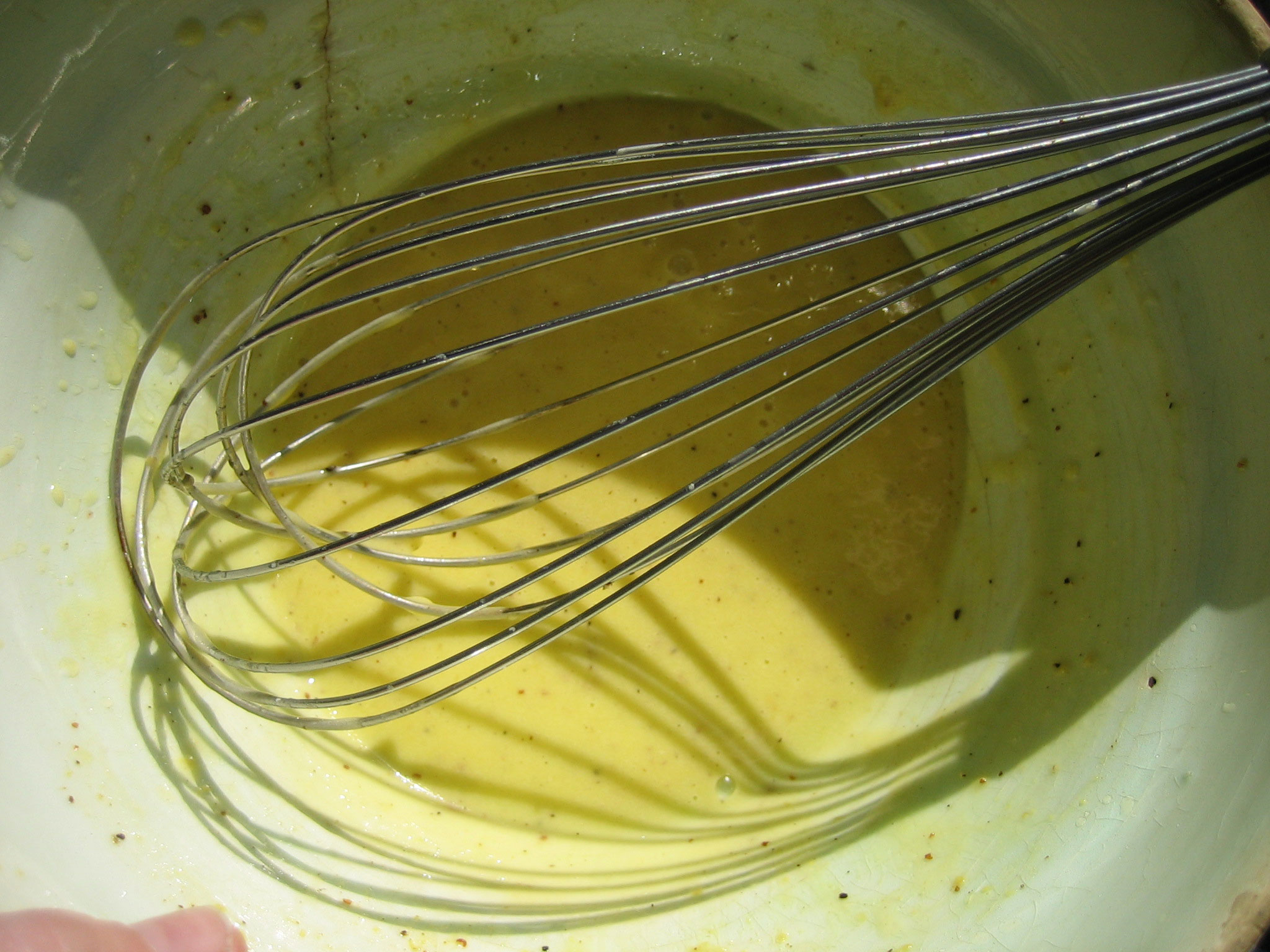 The hollandaise after the butter is added. 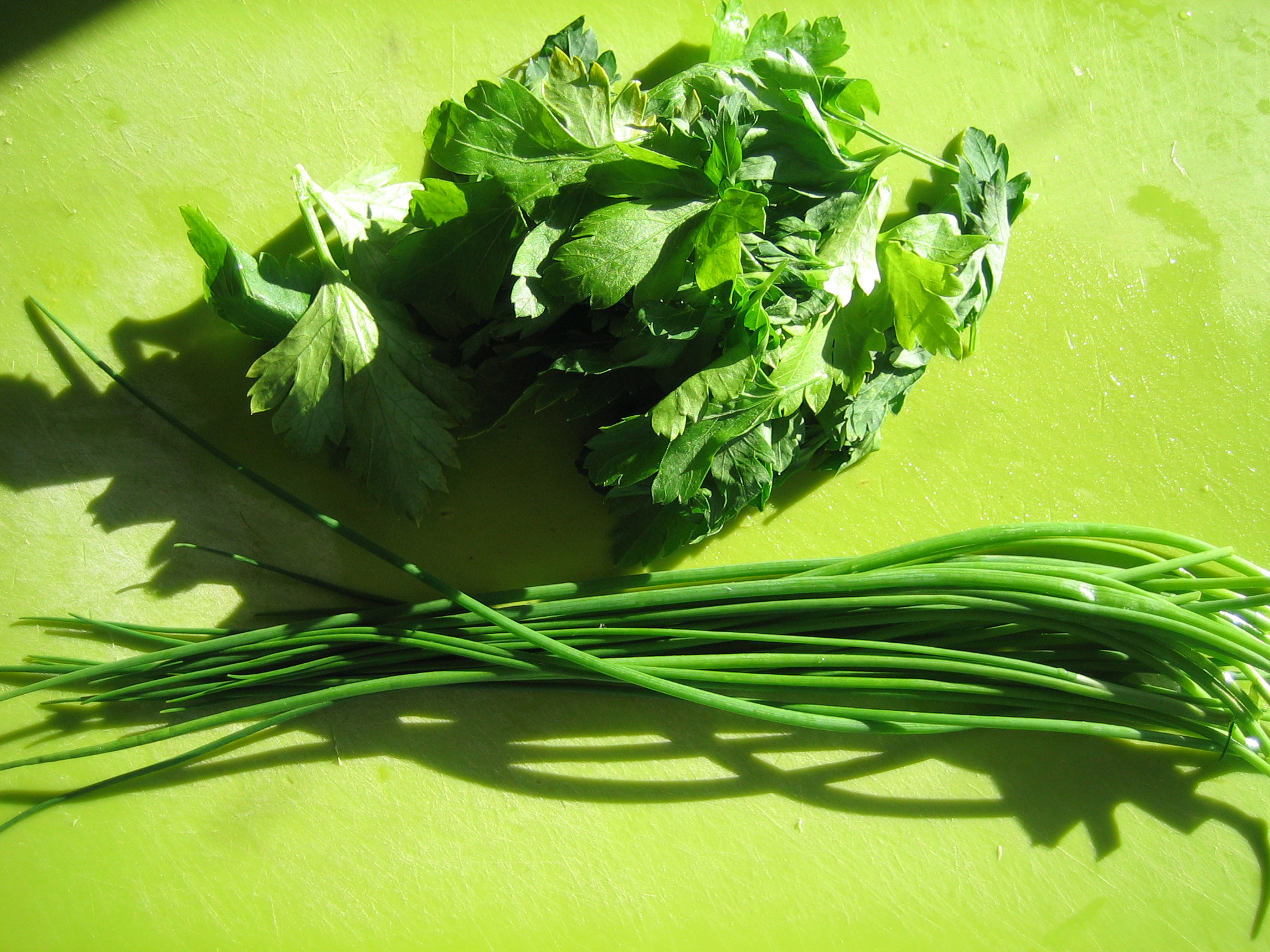 The herbs before they are minced

The final dish! A bit too many herbs, but i didn't regret that!
Categorised in: Food
Leave your thoughts