I do love to drink a glass of wine during the weekend. In the winter i usually drink some red, in summer i tend to prefer white. Or rosé. It’s not that i know enough about wine. It is such a vast area. I only know some little corners here and there. I do follow a wine tasting channel, WineAlign. But i don’t even dream of ever getting that level of knowledge.

Wijnkoperij Platenburg is my favourite shop to buy my weekly wine. A few wines i do know. The Syrah from La Tour des Dames is by far the wine of my choice. A dry Riesling like the Reichsrat von Buhl Pfalz is another pick. And i do sometimes go for the sweet Moscatel, which i was only adviced about a few months ago.

In my series of posts about shops i do enjoy shopping at, i asked for an interview. They know my blog is still very young, but the owners Ger and Lia Platenburg happily agreed. 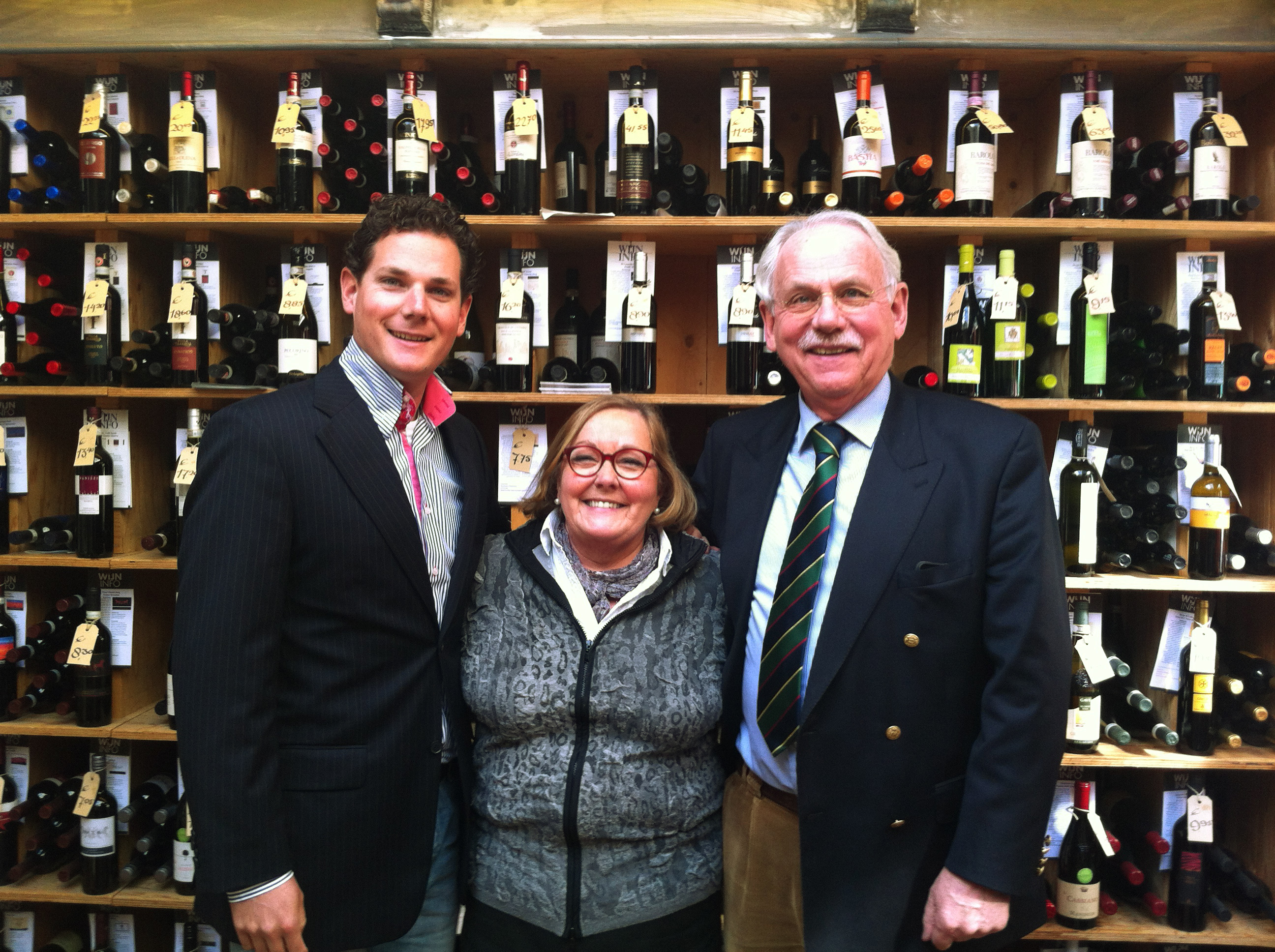 From left to right: Julien, Lia and Ger Platenburg

I assume you weren’t always on this place?
‟ No. That’s not possible too, since Rotterdam was bombed in the World War II. The whole centre was bombed then. So no, but we were settled in Rotterdam. In 1894 the bridges were build, the Maasbruggen and the railway bridge. On the other side of the river, the ‘boerenzij’ it was called, the farmers side. They started to build houses there. Feijenoord. A new build neighbourhood. They also build the stadium around that time. My grandparents started the shop there. In the Oranjeboomstraat. My grandfather went to the Oranjeboom brewery to get barrels of beer. He bottled it himself. And then sold it. ”

Did the shop sell wine then?
‟ Hmm, only very few. What there was, people were mostly interested in sweet wines. At the early 1900’s people drank sweet Spanish wines most of the times. And wines from Samos, a Greek island. A sweet white wine. Wine wasn’t that popular in the old days. ”

‟ My parents took over the shop, in the same spot. I’m talking about the 60s then. We sold more distilled then. People came along with a ‘maatje’, a little measure, to fill up. Around that time the city started to think about a railway tunnel. The building the shop was in, needed to be pulled down. We had to leave. My parents lived in IJsselmonde, a south part of Rotterdam. My father asked me then if i wanted to get into the company. I was around 16 then. I said well yes, sure, why not. Times were different then. ”

‟ Nowadays we want so much more. There are more options as well. ”

‟ Around that time neighbourhoods were being build around IJsselmonde. So my parents decided to set up a shop in the Prinsenplein, in 1964. ”

Aah, close to that square my aunt lived. I used to play around there.

‟ We sold distilled. And beer then. Not so much wine. Right now it’s the other way around. ” 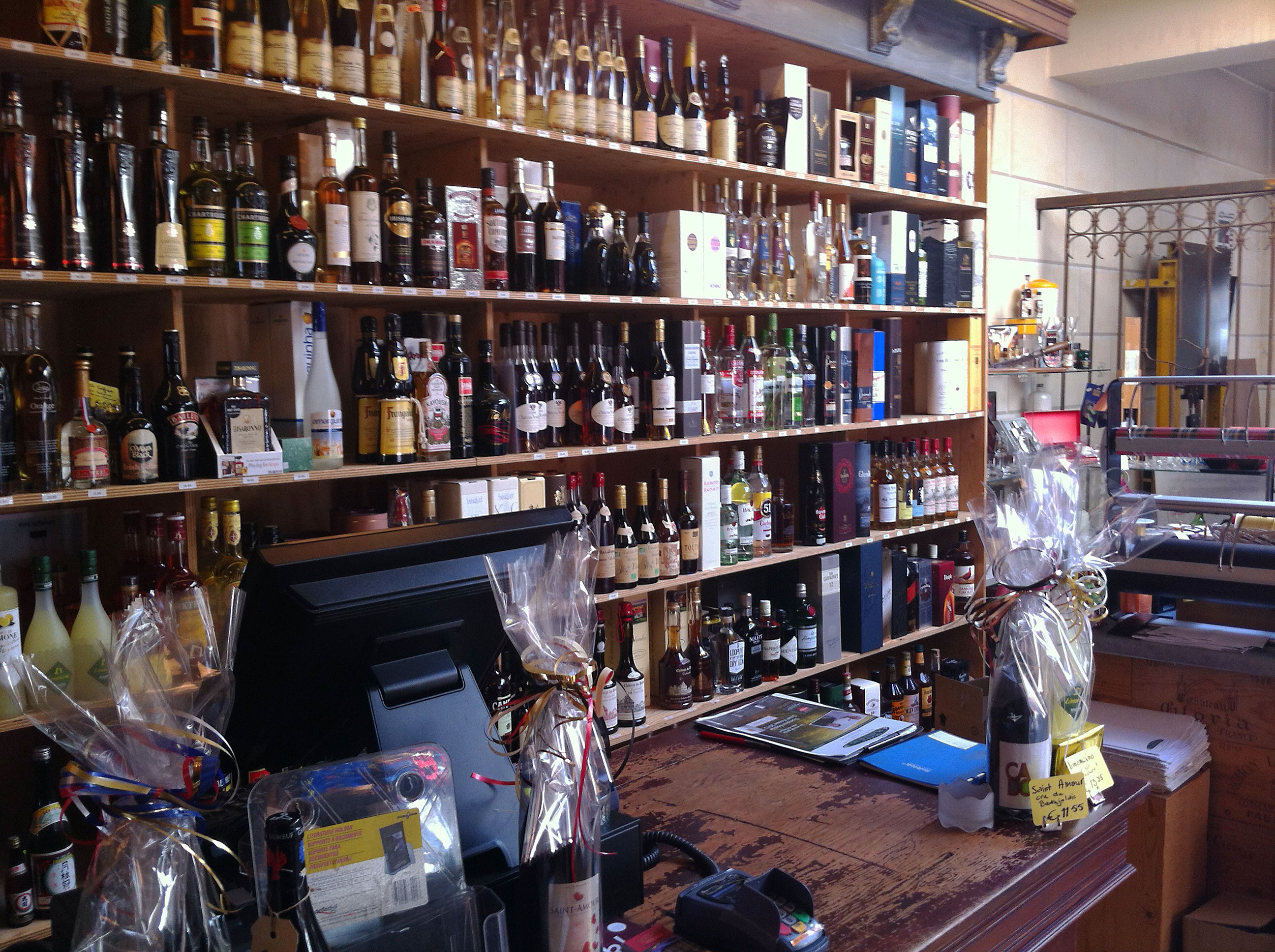 ‟ In the 70s people came over to work here in the Netherlands, the ‘gastarbeiders’. They lived in the older suburbs. They did drink wine. I remember getting these 5 liter baskets i got and sold for 6,95 guilders. I found this address in Belgium where i could get them. ”

‟ In the 80s selling wine did go up. I did a vinology course. For that time that was quite special. Distilled was going worse and worse. But in IJsselmonde we found that it wasn’t the best location for us. So we started to look in the center. A shop on the Mariniersweg was sold in 1989. A very small shop. We had children growing up. So for a while we had two shops. ” 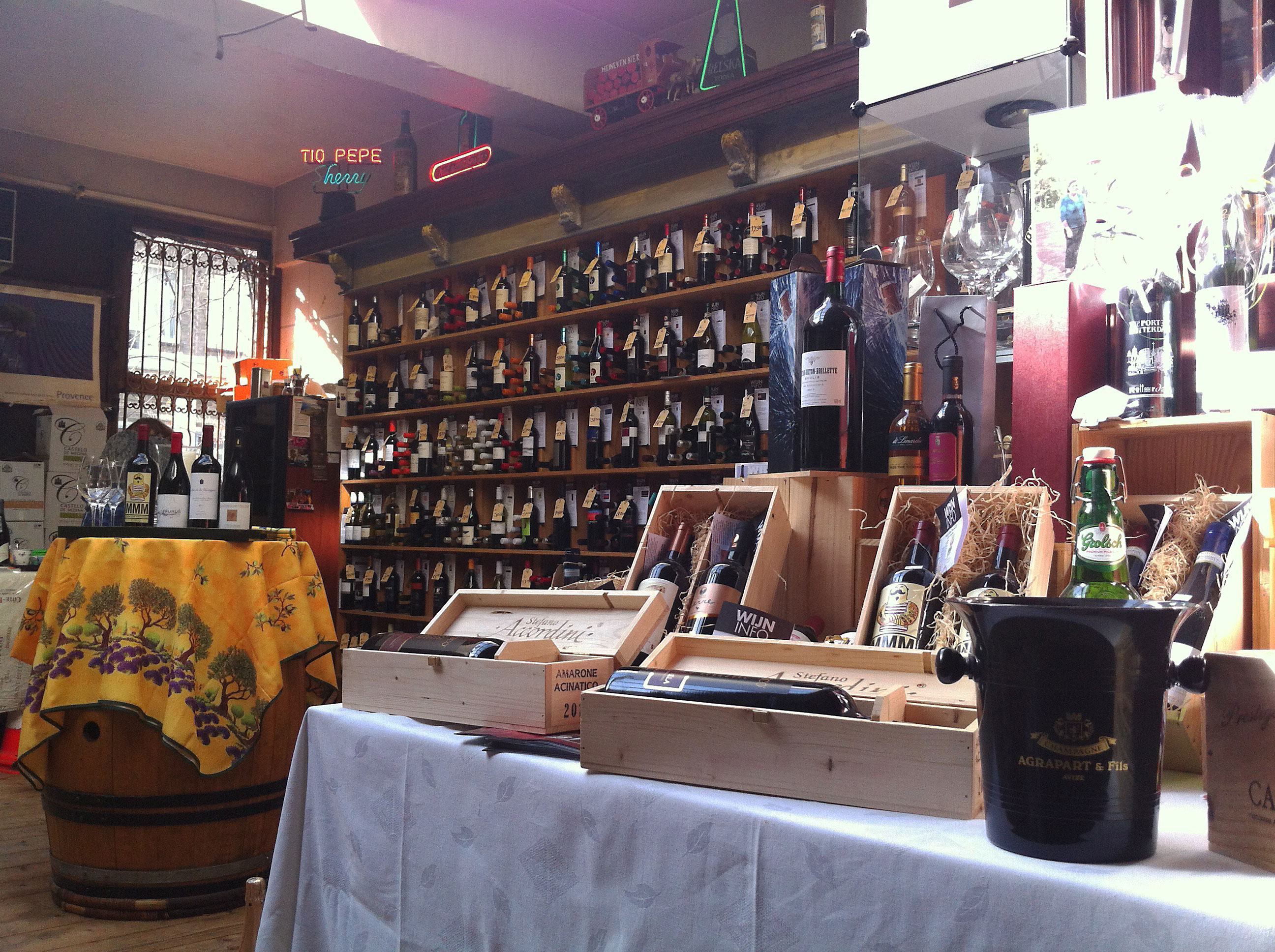 ‟ In the part our shop was located, there was another shop De Stam, a home furniture shop. They went to the new Home Boulevard in Alexanderpolder. Then the Green Passage came there, a complex of ecological shops. We did have some talks about working together. We could have a spot in the cellar of the complex, which we really did not want. I do remember going to a meeting, on a monday evening, i parked my car, walked over there, and then my eyes fell on these buildings which were for rent. I thought ‘for rent?’. There used to be an old ships textile wholesale. It was partly office, partly storage room. ”

‟ When i called the next day i put in an option for the middle shop. The owner did want to rent the three shops to the same owner. But that was hard. So we waited a few months. Then there came interest in one of the other shops. So the owner decided to rent the shops separately. So on 19 February 1997 we opened the shop here. We also decided to rename our shop to a wine sellers shop. ”

‟ We have opened a web shop a few months ago. People know how to find us. We have talks with our fellow colleagues. We had talks about opening a web shop for more than 5 years. Currently the shop is in a transformation of administration software. Last year a woman worked in the shop to get the entire catalog in the computer, changing the checkout system. The basic collection is already in the software Platenburg uses. ” 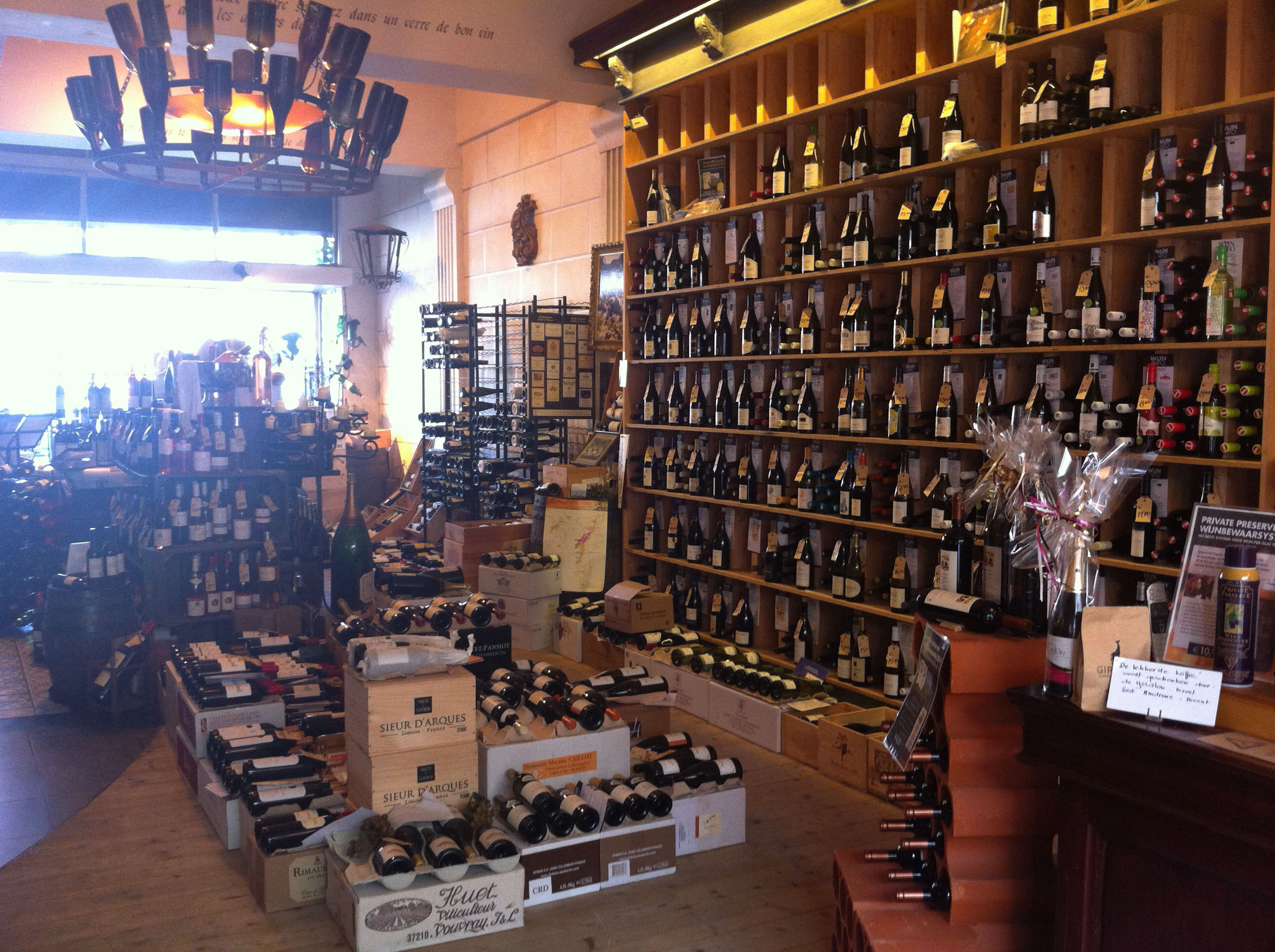 Shops like Platenburg do make me really happy. I go there once a week, usually. Sometimes it’s a quick hop in, other times i stay longer and chat a little. There are many wines i haven’t tasted yet, but that’s OK.

It is a good feeling Platenburg will continue to exist, with Julien taking over from his parents in the near future. I do want to thank Ger, Lia and Julien for the interview they gave me. On to many more wines! 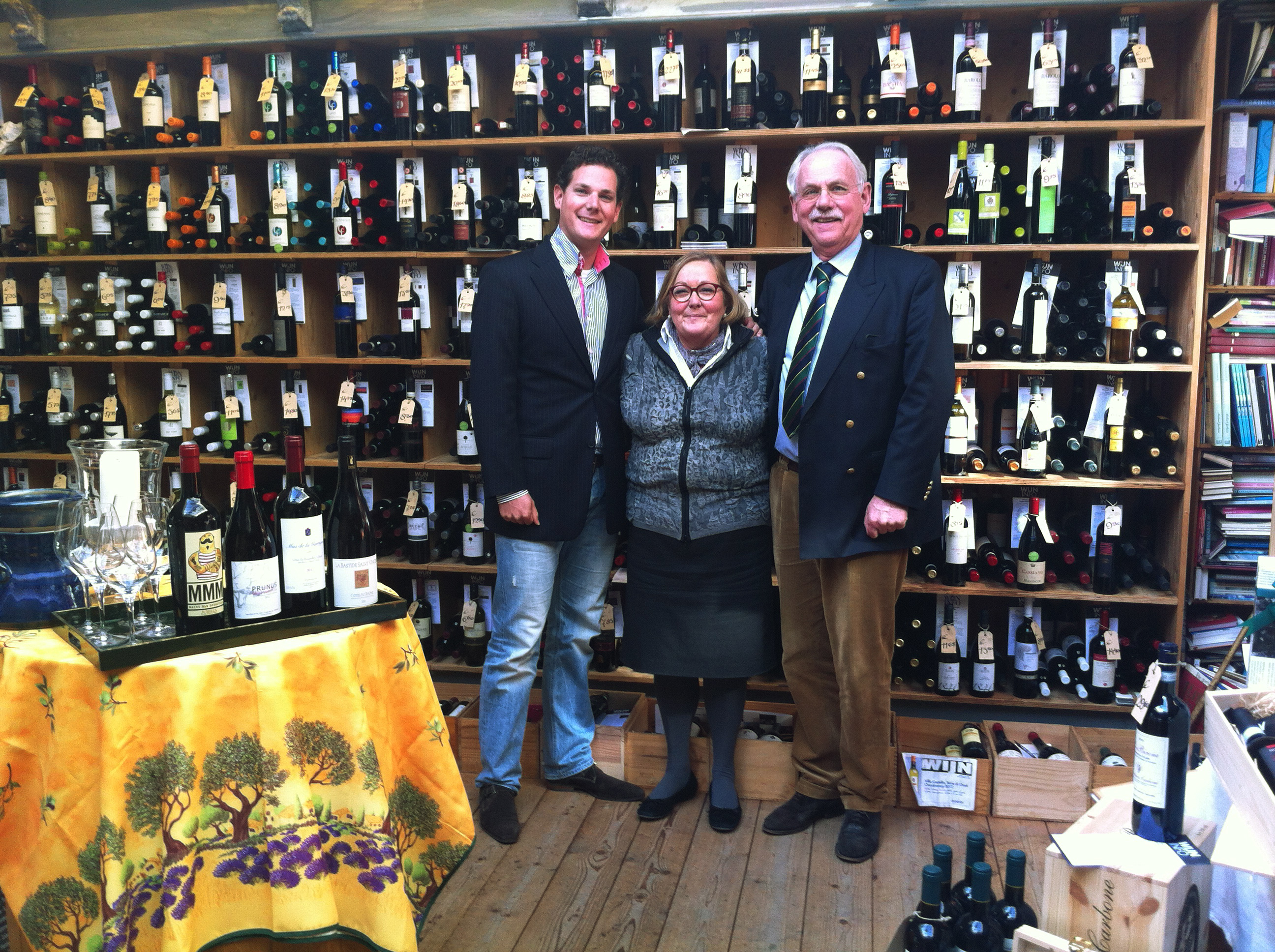