The name Margaret Atwood i am familiar with. I’m pretty sure i read some of her books in the 80s. Borrowing them from the library. I don’t think i have read The Handmaid’s Tale though. I am reading it right now. It is written in a clean language. Not many adjectives. Words describing the world, the people, their acts. A dystopian novel, about a future land called Gilead. Not smashed to pieces, not dirty. Clean, bright. The biggest problem? Babies. Getting them. It is difficult.

So a new world. A strict world. A delineated world. All people are put in a specific cast and are dressed the same. The handmaids wear red dresses. The wives wear blue dresses. Handmaids are raped once a month in their fertile moment by their owner in the company of his barren wife, grabbing their hands while the owner thrusts his cock inside the maid.

We slept in what had once been the gymnasium. The floor was of varnished wood, with stripes and circles painted on it, for the games that were formerly played there; the hoops for the basketball nets were still in place, though the nets were gone. A balcony ran around the room, for the spectators, and I thought I could smell, faintly like an afterimage, the pungent scent of sweat, shot through with the sweet taint of chewing gum and perfume from the watching girls, felt-skirted as I knew from pictures, later in mini-skirts, then pants, then in one earring, spiky green-streaked hair. Dances would have been held there; the music lingered, a palimpsest of unheard sound, style upon style, an undercurrent of drums, a forlorn wail, garlands made of tissue-paper flowers, cardboard devils, a revolving ball of mirrors, powdering the dancers with a snow of light.

There was old sex in the room and loneliness, and expectation, of something without a shape or name. I remember that yearning, for something that was always about to happen and was never the same as the hands that were on us there and then, in the small of the back, or out back, in the parking lot, or in the television room with the sound turned down and only the pictures flickering over lifting flesh. 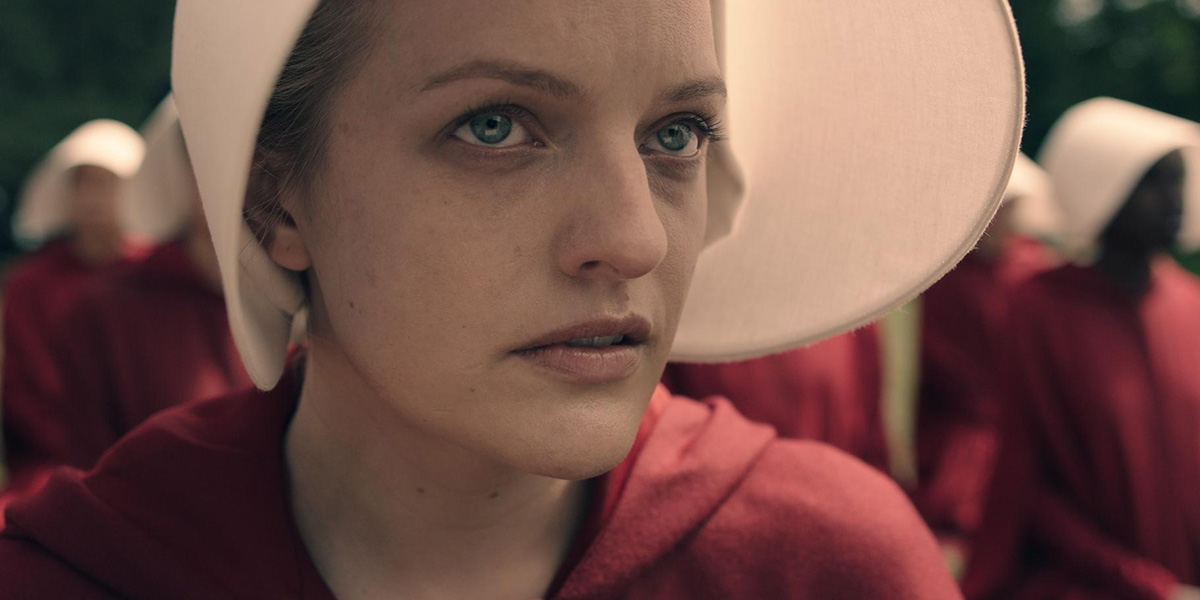 Elisabeth Moss plays the main character of Offred/June. You hear her voice, her thoughts spoken out through all the scenes. Alexis Bledel plays another handmaid. Joseph Fiennes and Yvonne Strahovski play the Commander and his Wife, the owners of Offred.

The five episodes i have seen so far are highly recommended. Reading the reviews is a favorite pasttime. I mostly go to the A.V. Club and check their Handsmaid’s Tale page.

This series is renewed for a second season in 2018. 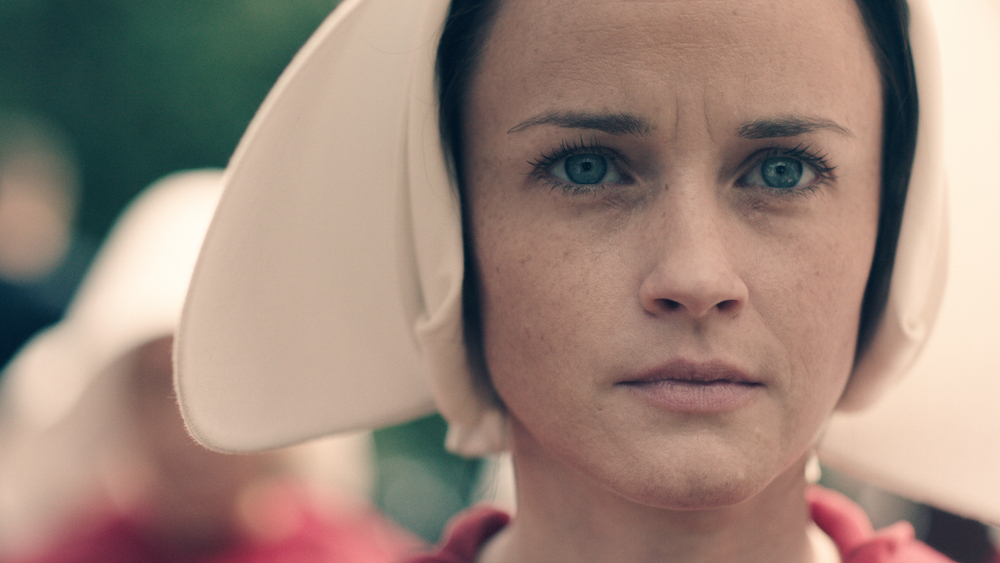 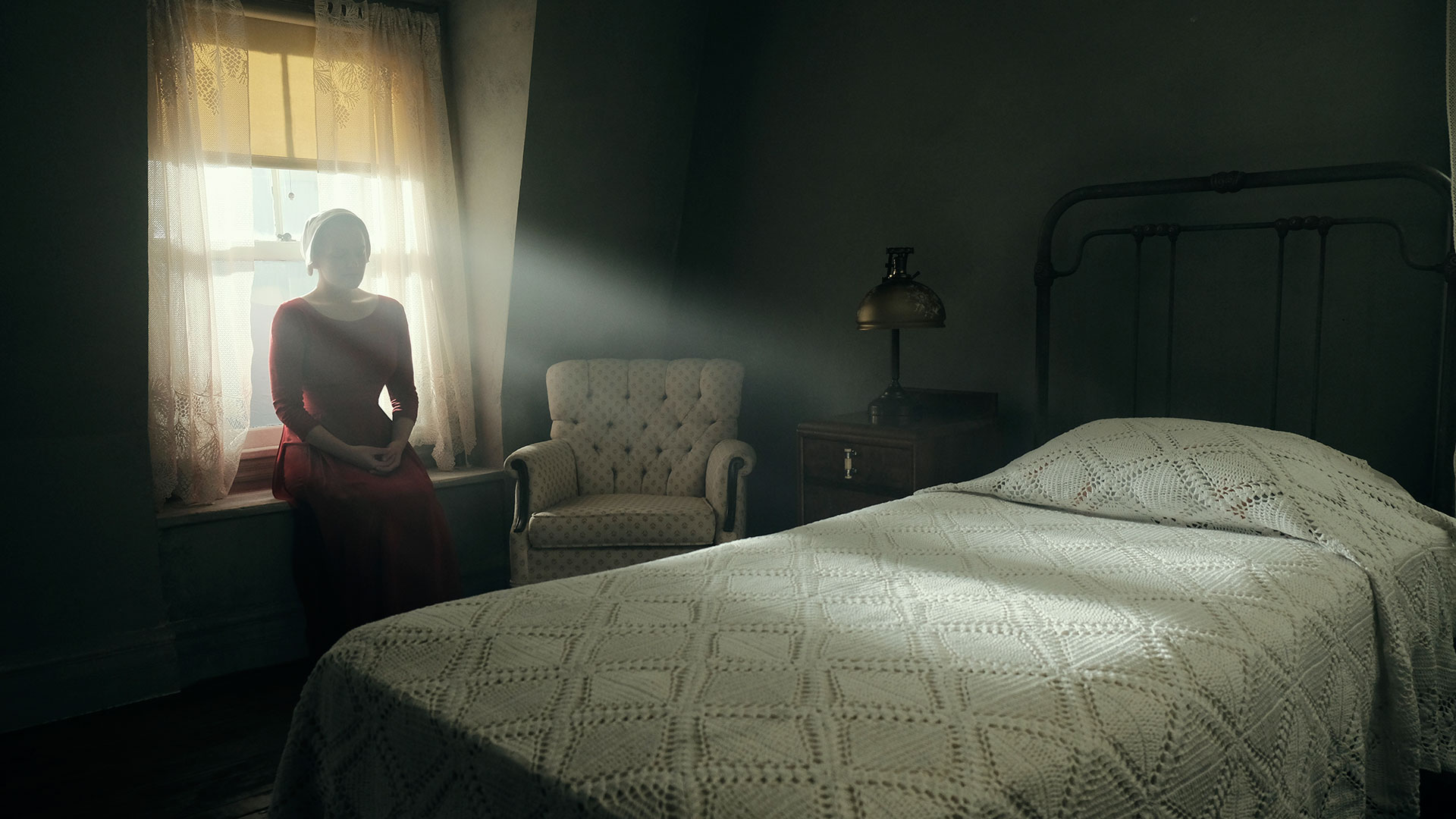